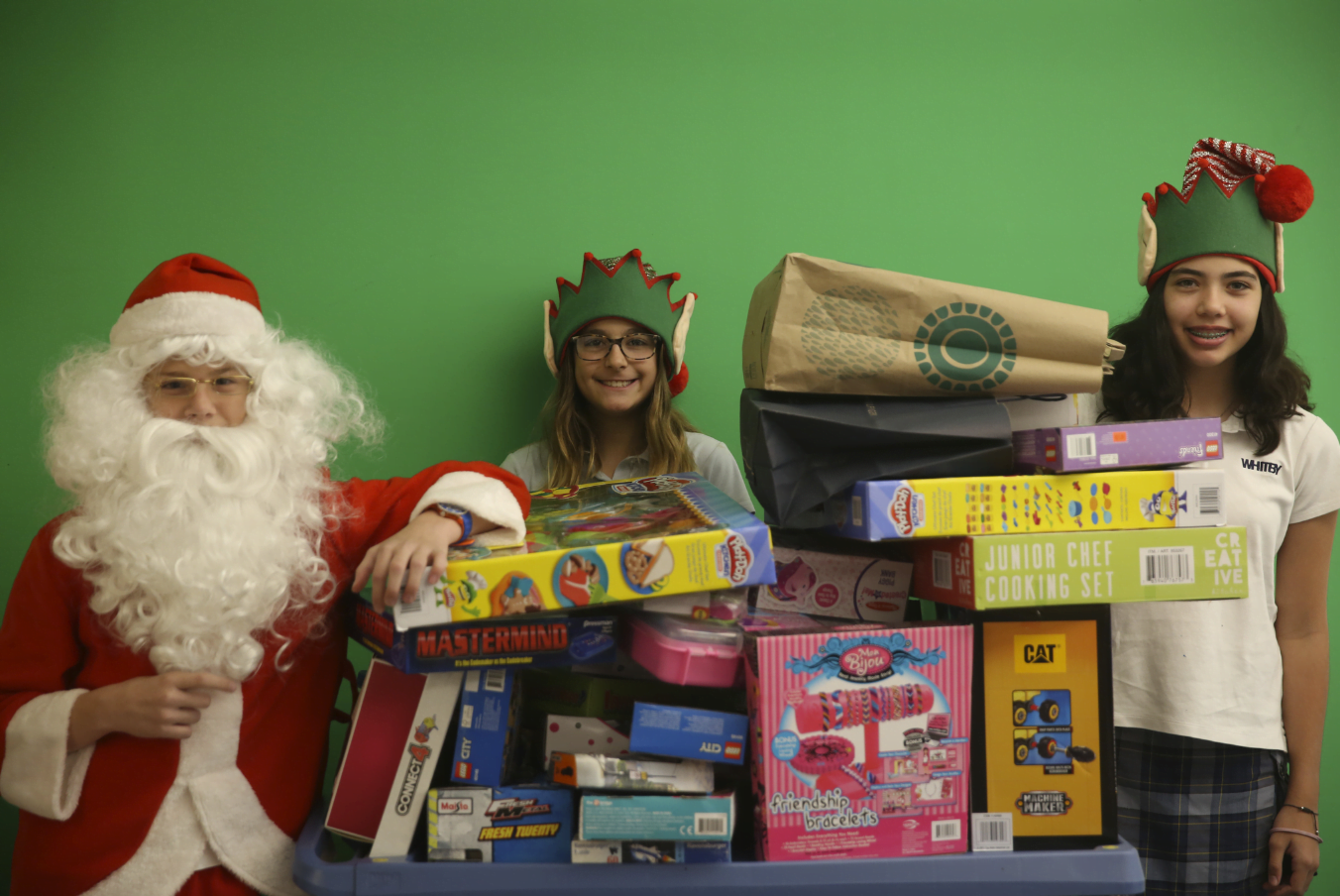 Georgy Markov Grade 6, Bella Andrade and Carol Queiroz (both Grade 7) count up 55 toys and games donated to Neighbor to Neighbor for their toy chest. Contributed photo 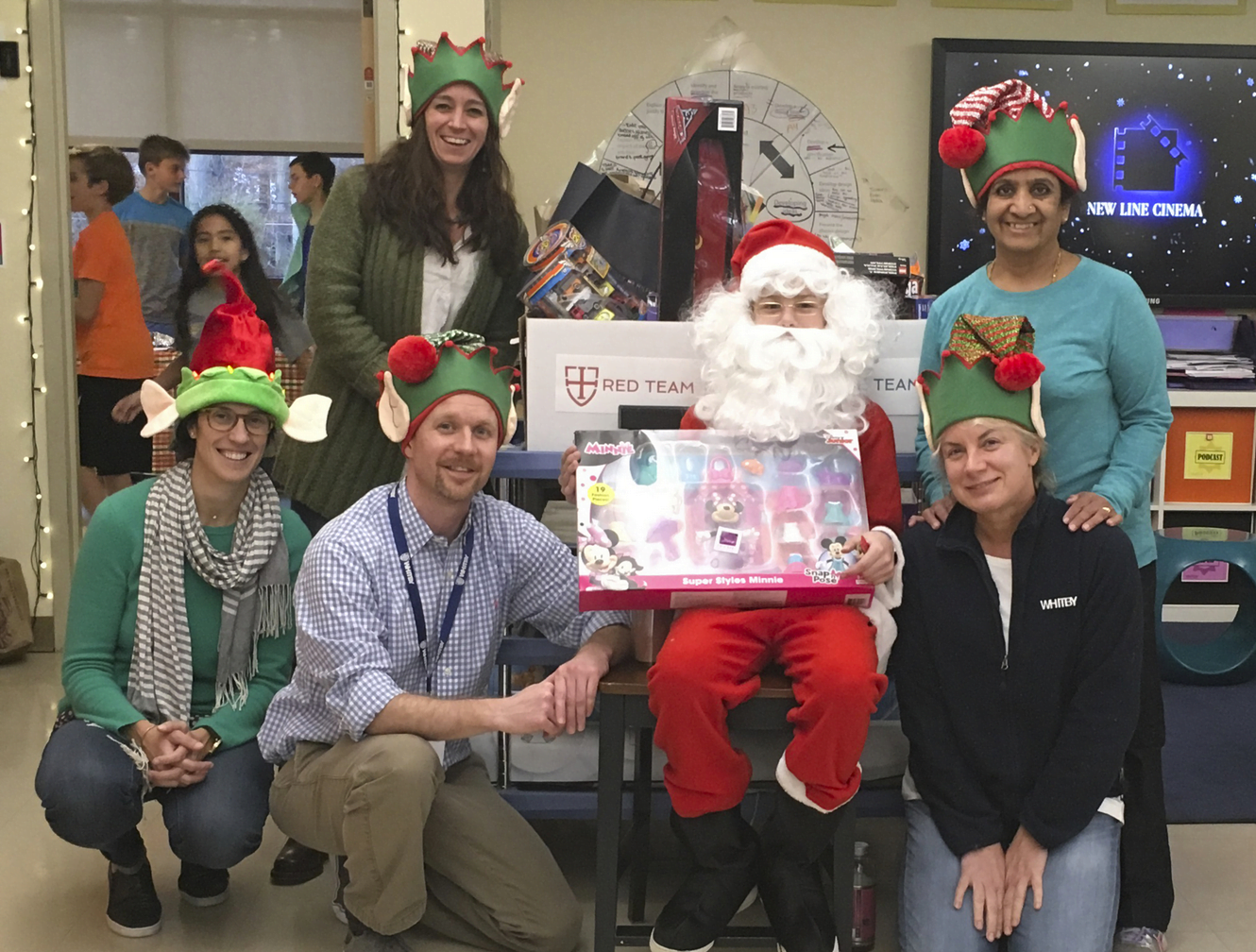 A student group from Whitby School known as Whitby’s Elves recently planned The Elf Toy Drive to support Greenwich Non-profit organization, Neighbor to Neighbor. The Elf Toy Drive ran beginning in early December and was co-sponsored by the Whitby Parents Association. 55 toys and games were collected, along with $371.60 from a student-led bake sale and silent auction.

“Sixth grade Design brands the Cupcake Queens and Banana Splits from Space planned a bake sale that was a huge hit,” said Phil Lohmeyer, Whitby’s Design teacher and Student Activities Coordinator for the Upper School. “The sold out bake sale, along with silent auction items provided by the the P.E. Department, raised $371.60 for this worthy cause.”

The toy drive portion of the event concluded on December 8th, and all donations were delivered to Neighbor to Neighbor at 248 East Putnam Avenue with the help of 6th grader George Markov. “Santa Claus is really coming to town!” said George, who wore his red Santa suit for the occasion.

grade student video series What’s Up Whitby announced the results at a student led assembly, and premiered an original video of The Elf Toy Drive planned by Whitby’s Elves. The Elves, a group that includes over 30 students and staff members, decided to plan The Elf Toy Drive as part of the Upper School’s “Color Cup Challenge.” The Green Team won the event by donating
21 total toys. For each of the 55 total toys and games, attendees were given a raffle ticket for a chance to select another toy to donate, sponsored by the Upper School.

Staff members volunteered to run the raffle, toy station, food distribution, and crowd control at The Elf Toy Drive to support Neighbor to Neighbor. The Greenwich-based non-profit organization improves the lives of residents in need throughout the area by creating access to food, clothing, and basic living essentials.

“Neighbor to Neighbor truly strengthens the community during the holidays by delivering toys to families in need,” said Beth Ferrer, Whitby’s Community Service Coordinator. She added, “Whitby School is proud to provide continuous support to Neighbor to Neighbor, and encourage others in the area to do the same!”

Founded in 1958, Whitby School is an independent, co-educational day school for students 18 months through Grade 8. Located on Lake Avenue in Greenwich, Whitby serves students throughout Fairfield and Westchester County. Whitby School was the first school in the United States to combine International Baccalaureate and Montessori within its early education program, and is also the longest running Montessori school (through Grade 2) in the United States.

Whitby inspires a passion for learning and empowers each child to take  responsibility as an open-minded, principled citizen in a global community.