By the end of the night on Tuesday, local Greenwich Republicans took an unexpected hit.

The big news of the night was that the 150th House district went to Steve Meskers, marking the first time in a century that Greenwich has elected a Democrat to the state House of Representatives.

Meskers was moved to tears upon seeing the final numbers projected on the screen at the Senior Center. 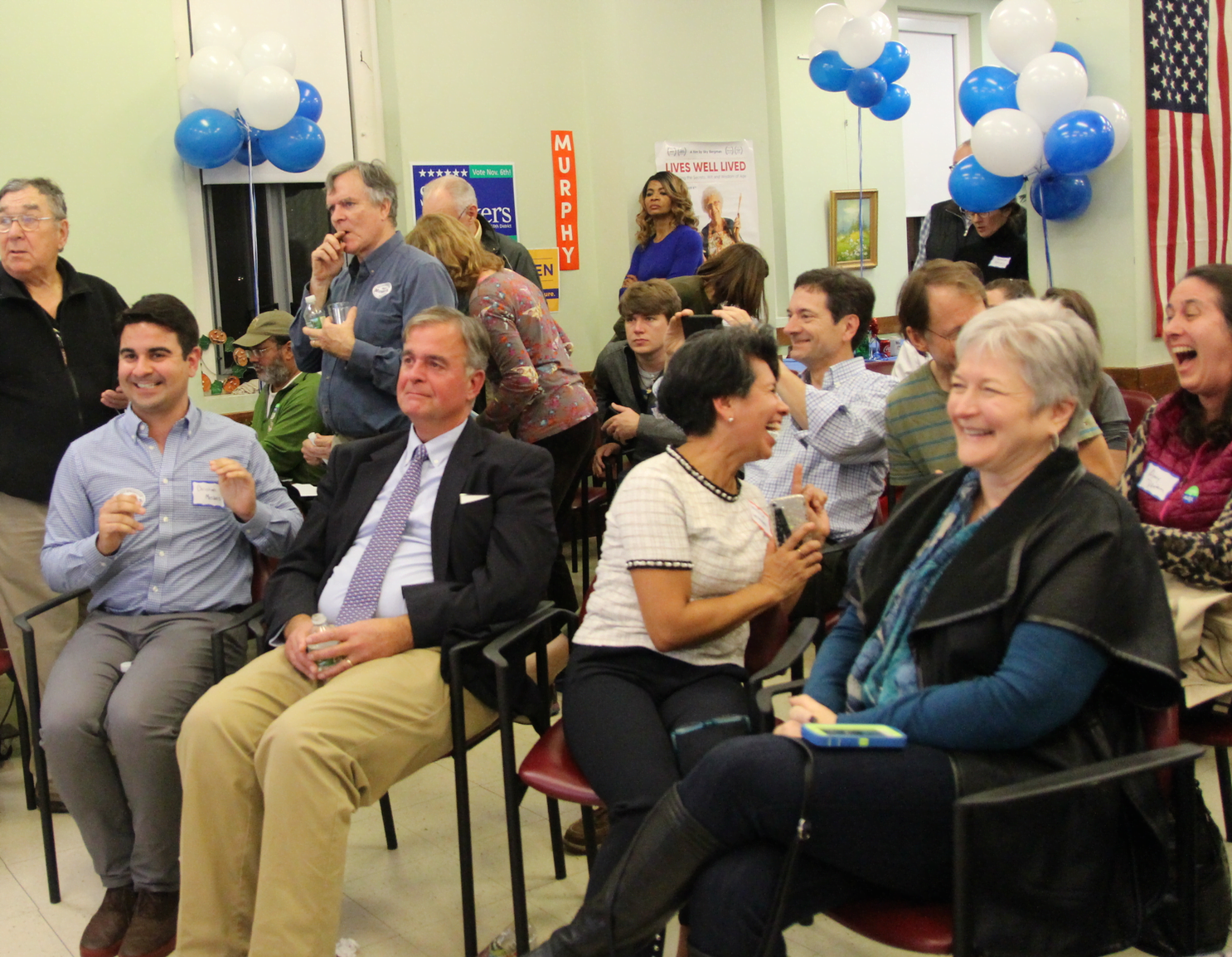 The senior center fell fell silent as Steve Meskers, seated between his son Christian and wife Monica, took a call from his mother and told her the good news. Nov 6, 2018 Photo: Leslie Yager 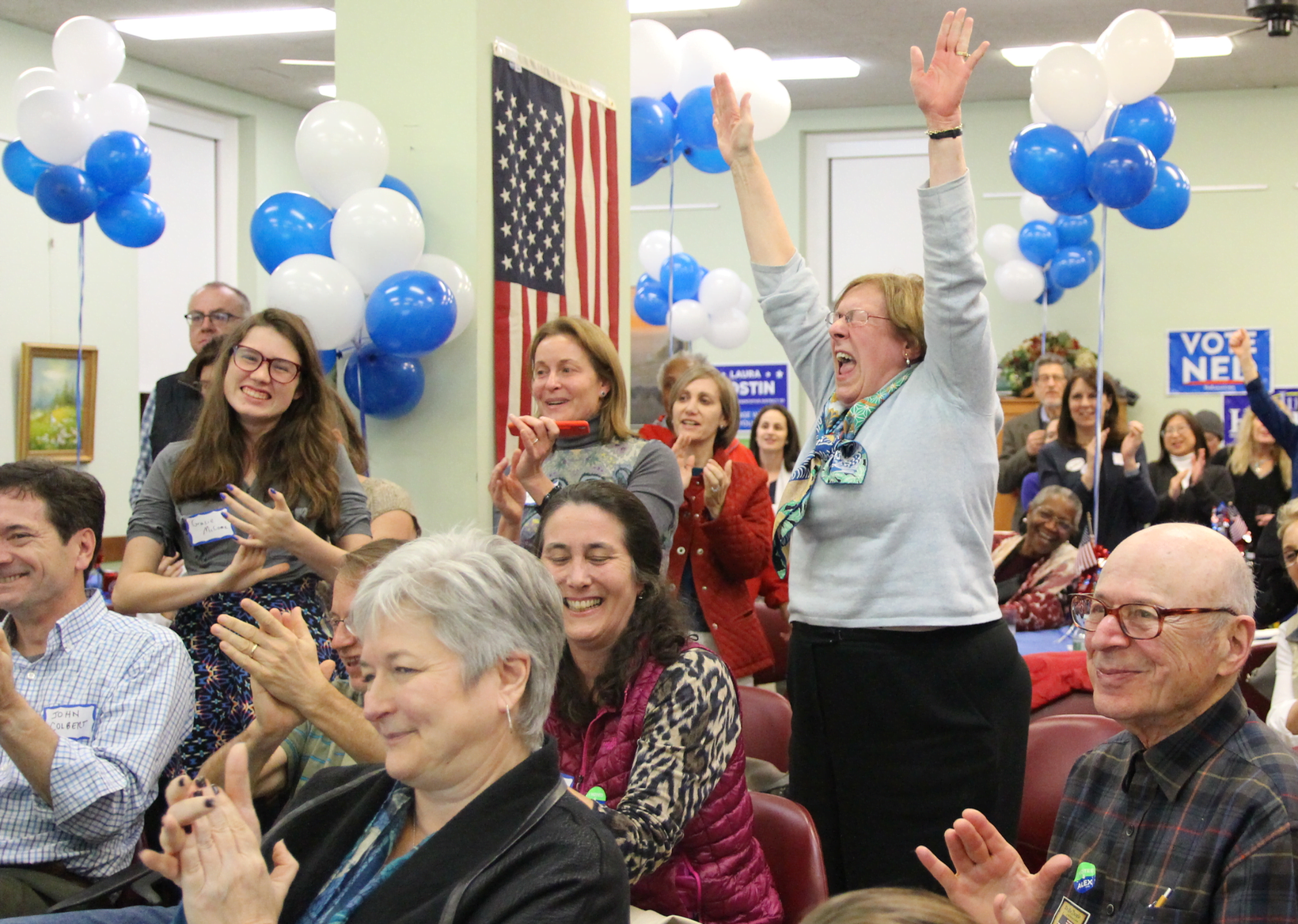 Democrats erupted when they learned Steve Meskers had defeated Mike Bocchino for State Rep in District 150.

The entire room of about 150 people fell silent as Meskers, seated between his son Christian and wife Monica, took a call from his mother and told her the good news.

After announcing that Meskers had received a concession call from Mike Bocchino, DTC chair Tony Turner joked that, “Happy days are here again.”

“In Steve we have a real winner. We had a quality candidate in Steve and a quality campaign in Steve,” Turner said.

Meskers said Bocchino had called to congratulated him and concede. “It was a tough campaign, hard fought,” Meskers said adding he was grateful to the number of people who believed in him.

Meskers said over 8,000 people turned out to vote of the 11,000 registered electorate.

“The job is representative, and that’s ultimately representative of the 17,000 voting age population in the district,” Meskers told GFP reporter Gracie McCooee. “And my opponent called me and reminded me in a constructive way that it’s a job to serve and represent the 150th district and said he’d send me over his files on the people in need in the district.” 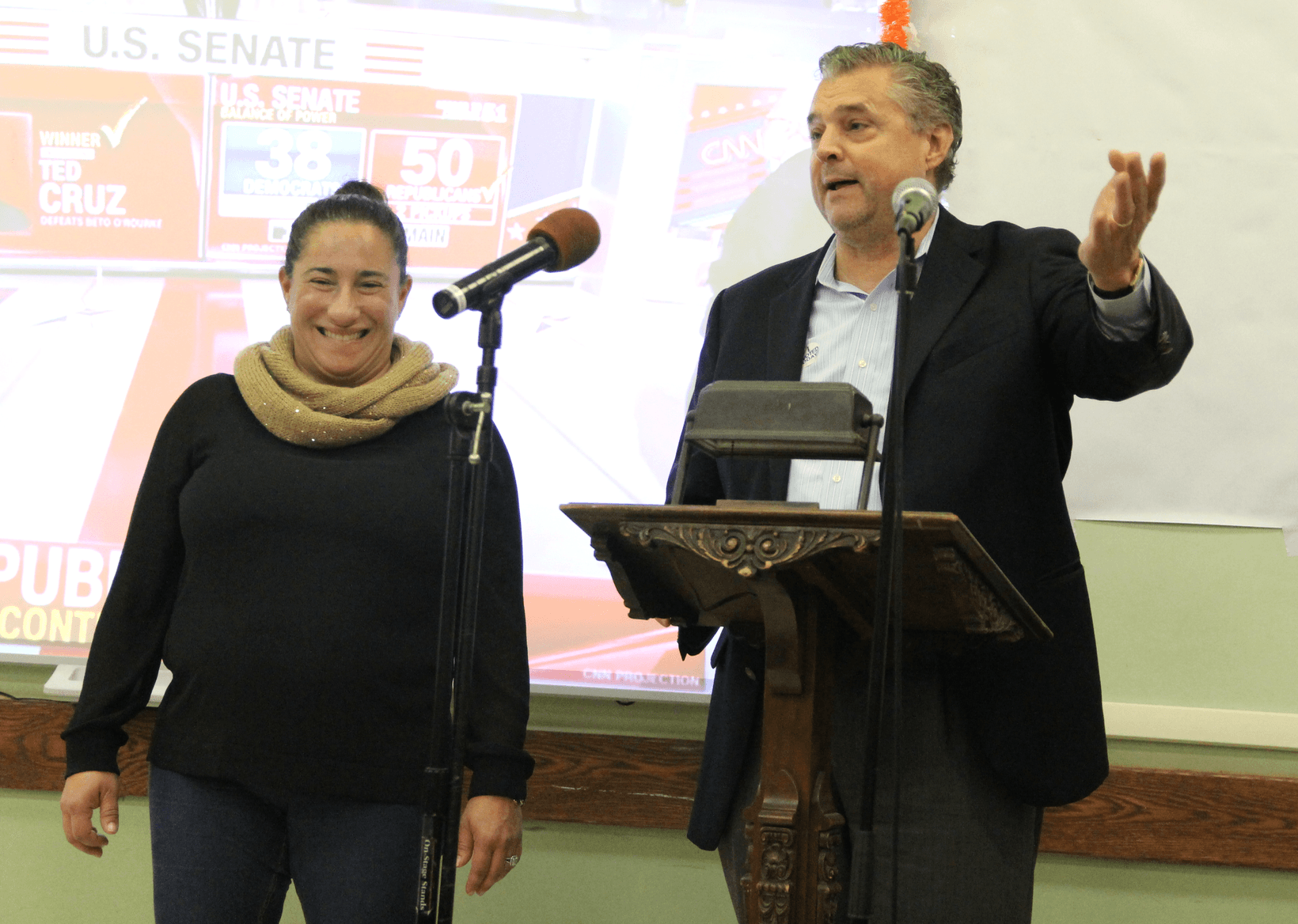 Tony Turner thanked Laura Kostin who he described as a person of courage, noting that she won some of her voting districts for House District 151 against Republican Fred Camillo.

“First time ever running for pubic office she never dropped the ball, never dropped a pass, never missed a tackle and never fumbled the ball,” Turner said of Kostin. “Regardless of what Fred said, she was always under control.”

On her part, Kostin said she was thankful to everyone who volunteered for her campaign. “We’ve come closer in this district than anyone ever has,” she said. “It has been my greatest pleasure to be your nominee for representative.” 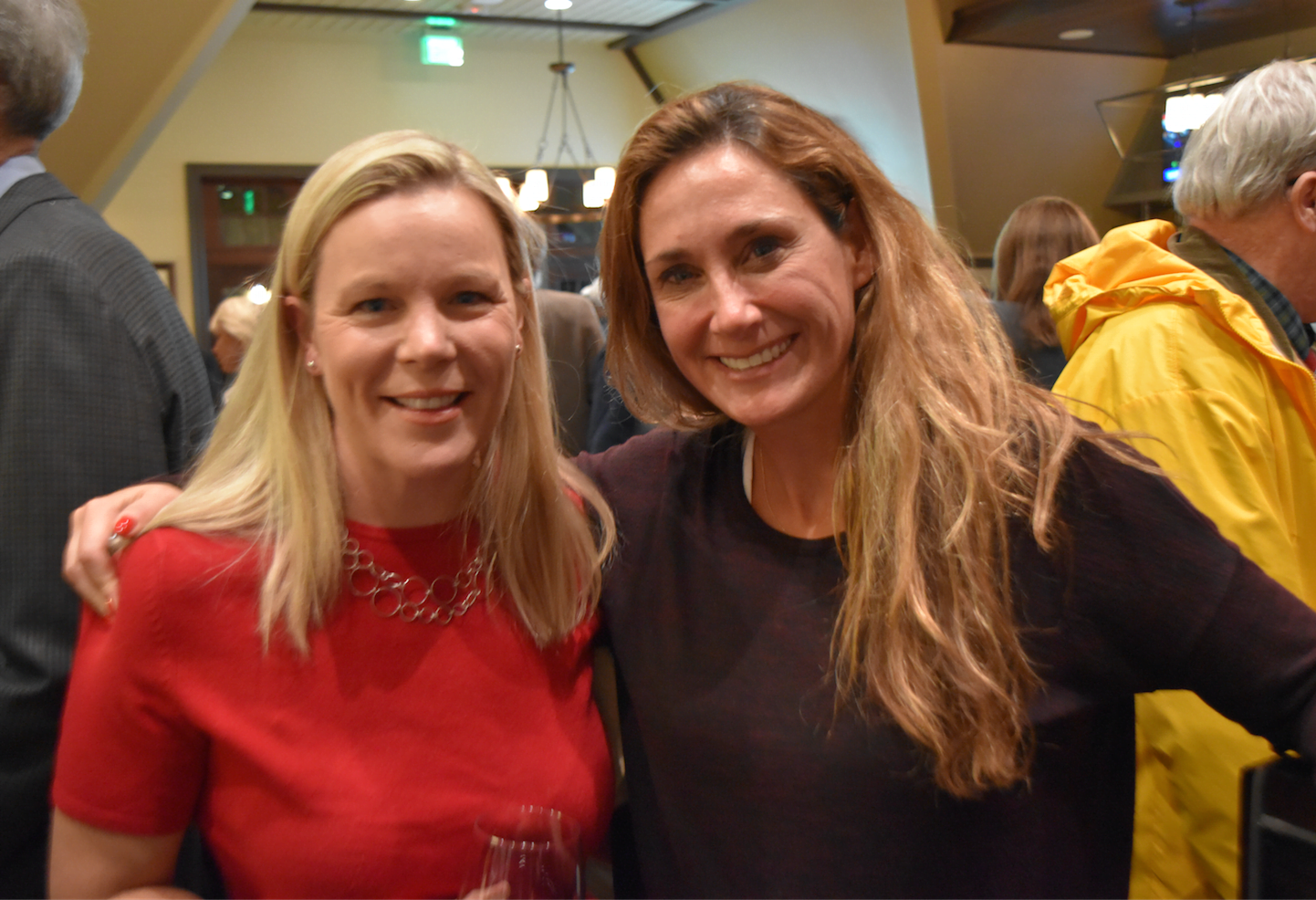 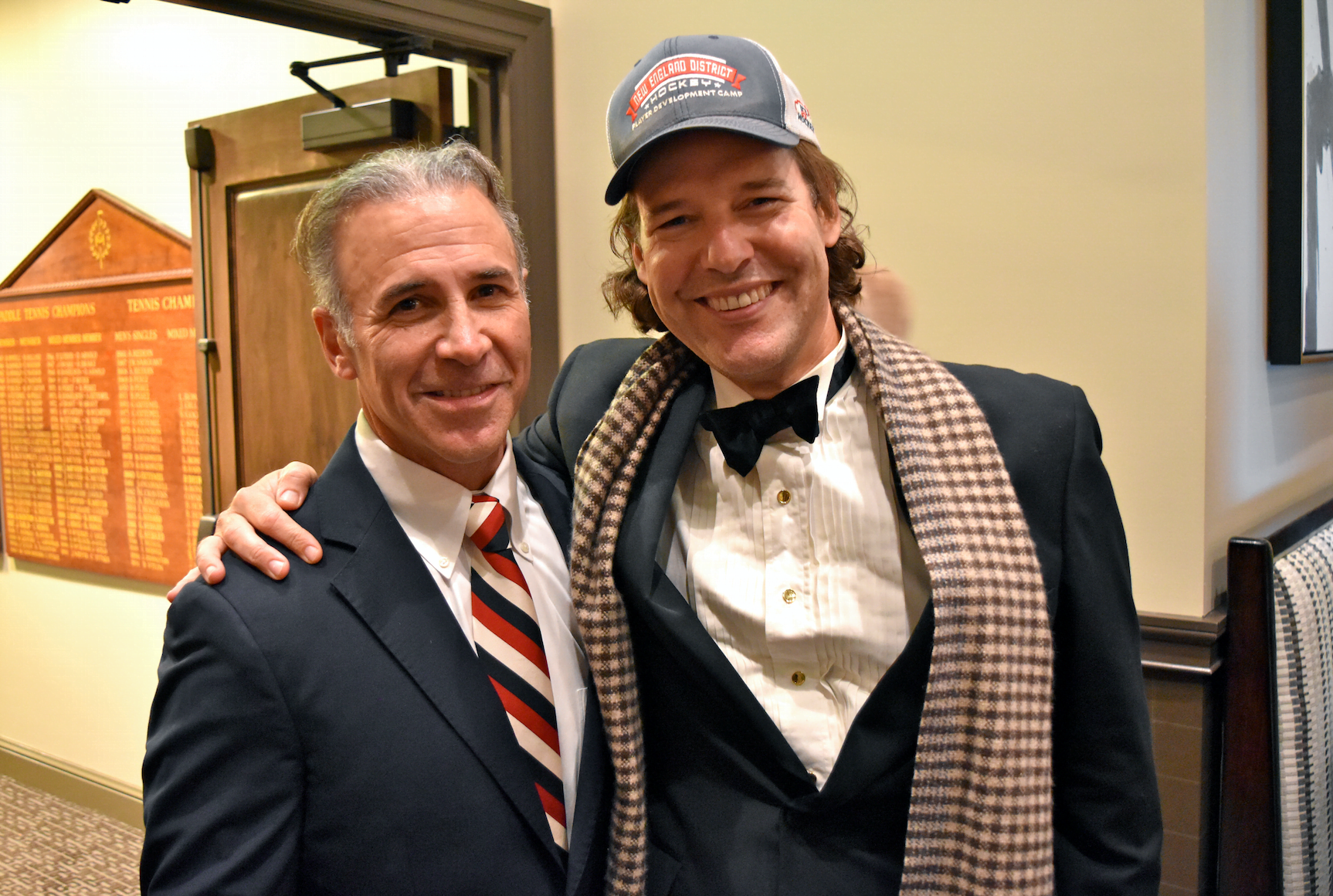 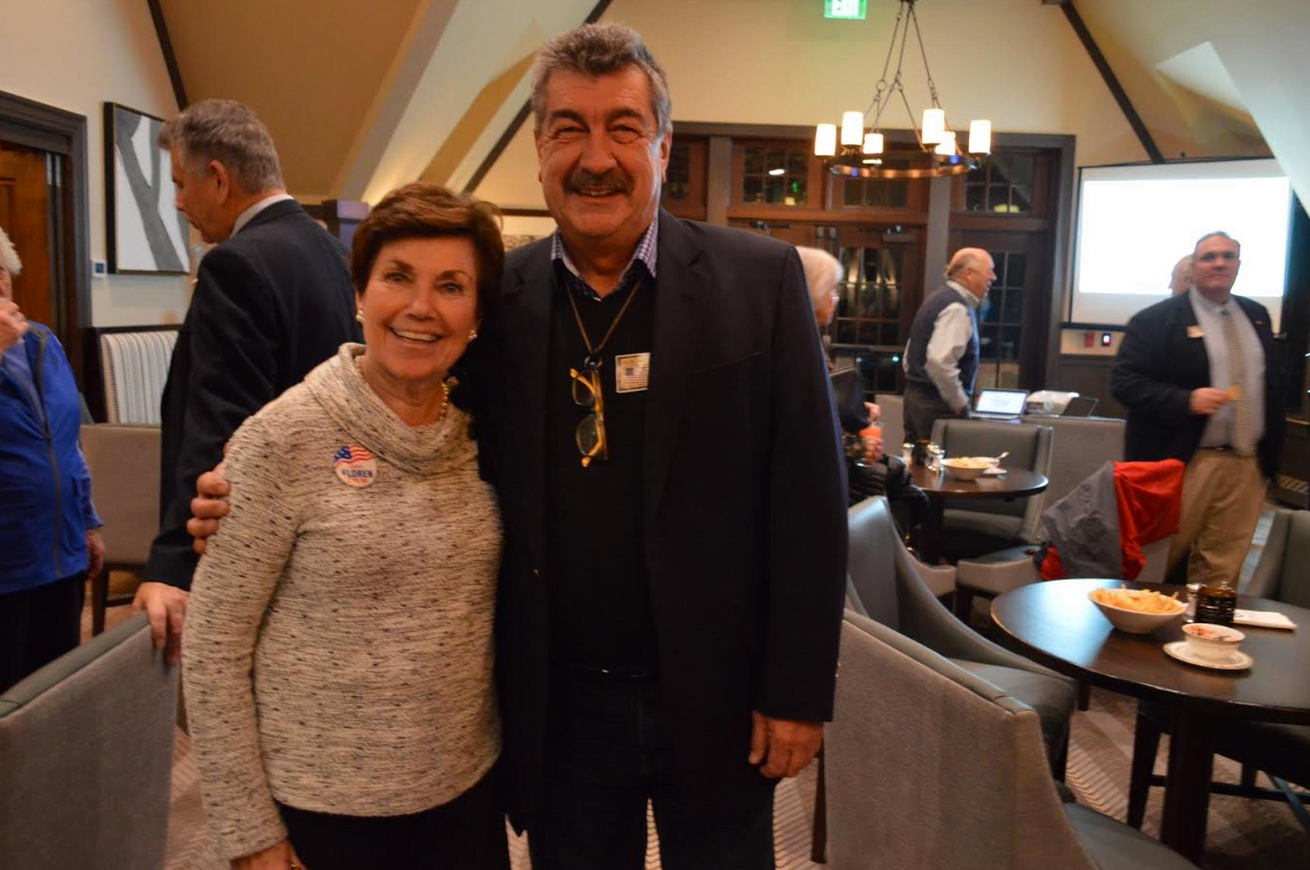 Over at the Milbrook Club the Republicans celebrated Fred Camillo’s victory against Democratic challenger Laura Kostin. Camillo said he was thrilled to win a sixth term and thanked all his supporters.

“It’s not a great night for Connecticut, but we’ll bounce back,” he said. “We went over a speed bump. We have a lot of work to do.”

Camillo praised Mike Bocchino and Scott Frantz, whose fate in his race against Democratic challenger Alexandra Bernstein remained uncertain by about midnight.

“Two of the biggest winners I know in my life are Scott Frantz and Mike Bocchino,” Camillo said. “Working with these two guys has been the highlight of my 10 years in Hartford.” 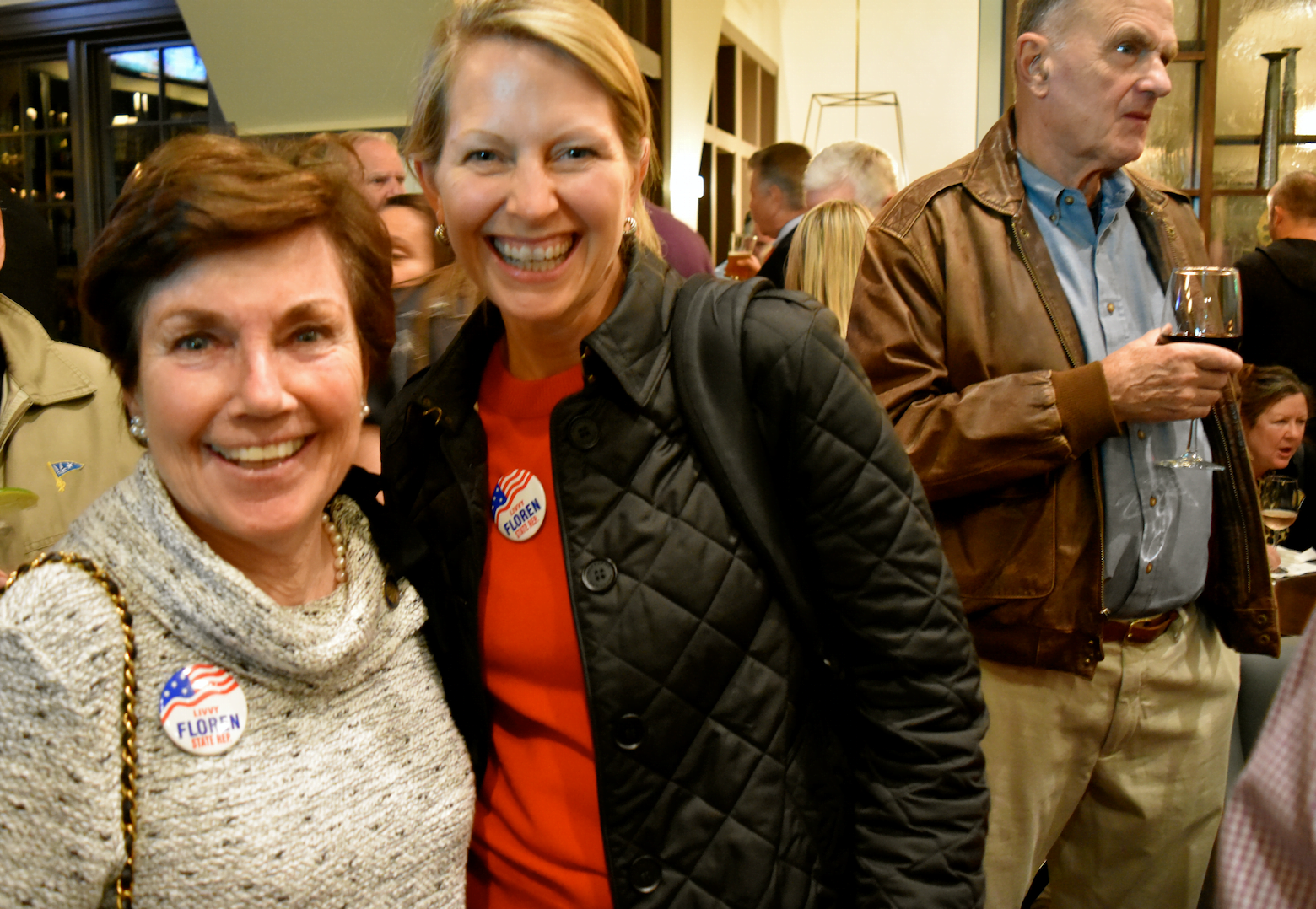 “Their record was top shelf, straight A’s and they have a great vision,” Camillo said of Frantz and Bocchino. “That tells us that something else was in play. The Town has changed a little bit.”

Camillo said that in Connecticut, some of the more rural towns are becoming more Republican and Fairfield County is becoming more Democratic.

“I’m not saying Greenwich is a Democratic town right now, but we have to do a much better job reaching out,” he said. “We have to recruit more people because the numbers are trending the other way.”

Later, speaking to Greenwich Free Press reporter Monique Nikolov, Mr. Camillo said he was proud of his accomplishments. But, he said, he was disappointed that opponents engaged in negative campaigning.

“These elections shouldn’t be so close, and I think that shows how much distortion and negative campaigning has taken over,” he said. “We really do have great voting records and have accomplished great things. I pledge to work harder and call them out on their distortions in the future.”

Speaking to GFP’s Monique Nikolov, Frantz said, “I’ve been to 22 of the 23 polling places in all the district and it feels very good to see the tremendous support for folks who will serve Connecticut from a fiscal point of view.”

In his remarks toward the end of the night, when the vote was too close to call, Frantz said, we all know what a difficult position our state is in. It’s horrible. We’re one of the worst in the entire country. If the voters get this right – there is still some uncertainty out there – we have a chance to save the state. If they don’t, God help us.”

“It’s been an honor and my family’s honor to serve you guys in the 150th district,” he said, adding that he was especially glad about the new New Lebanon School, which he fought hard for.

Bocchino joked about looking for a job, and thanked a long list of people including Linda Moshier, Irene Dietrich, Chris Von Keyserling, Jackie Budkins. He grew emotional as he went on to praise his sons and wife. “I’m not crying because I lost. I cry because at the end of the day, the only thing you have left is family, and I have a great family.”

“We’re Italian, we hug and we cry. And we kiss, watch out,” he joked through tears.

Then growing serious, Bocchino warned the room full of Republicans, “Everybody in this room, wake up. We lost only because they wanted it more. You need to wake up to the fact that times are changing. Districts have changed… and Democrats were the beneficiaries. You need to rise up, stop the banter and stop the dialogue that’s negative between groups.”

“And damn well make sure that Peter Tesei or whomever is running on the Republican ticket for First Selectman of the Town of Greenwich gets re-elected.”

State Rep Livvy Floren was thrilled to win a 10th term. “It’s an honor to be re-elected. This is an exciting campaign, and I’m glad that it was very issue-oriented,” Floren told Nikolov.

In the race for US Congress, Greenwich resident Jim Himes defeated political newcomer Republican Harry Arora, also a resident of Greenwich. “We all have an obligation, starting tomorrow morning to persuade and remind the people who are still backing the president, that brand of politics, that we are good people and the things we celebrate most come form coming together,” Himes said.

The two amendments to Connecticut’s constitution on the ballot – one that would require a public hearing before any property is transferred to a non-state entity by the General Assembly and one that will create a “lockbox” to keep money designated for transportation projects from being spent elsewhere – were both passed. 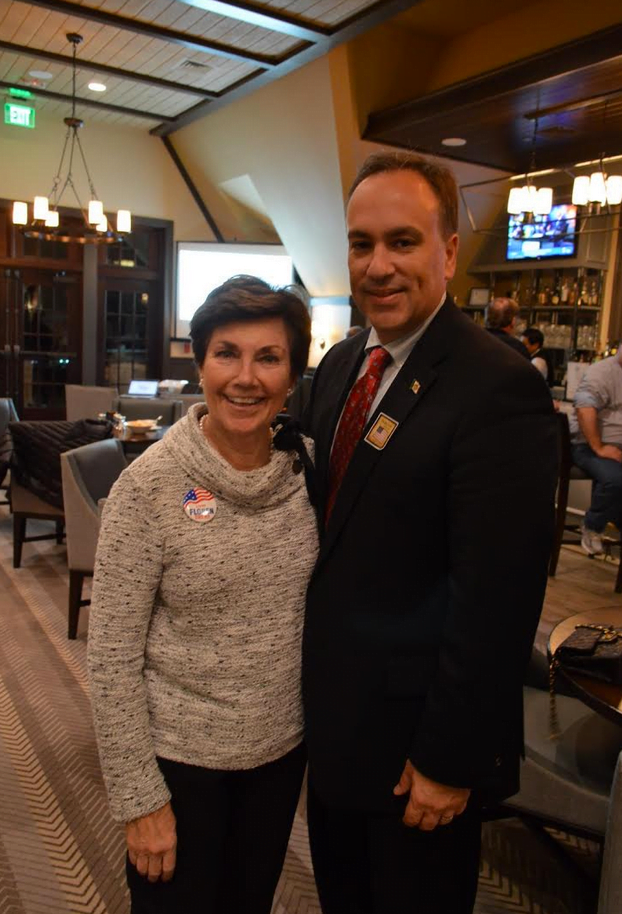 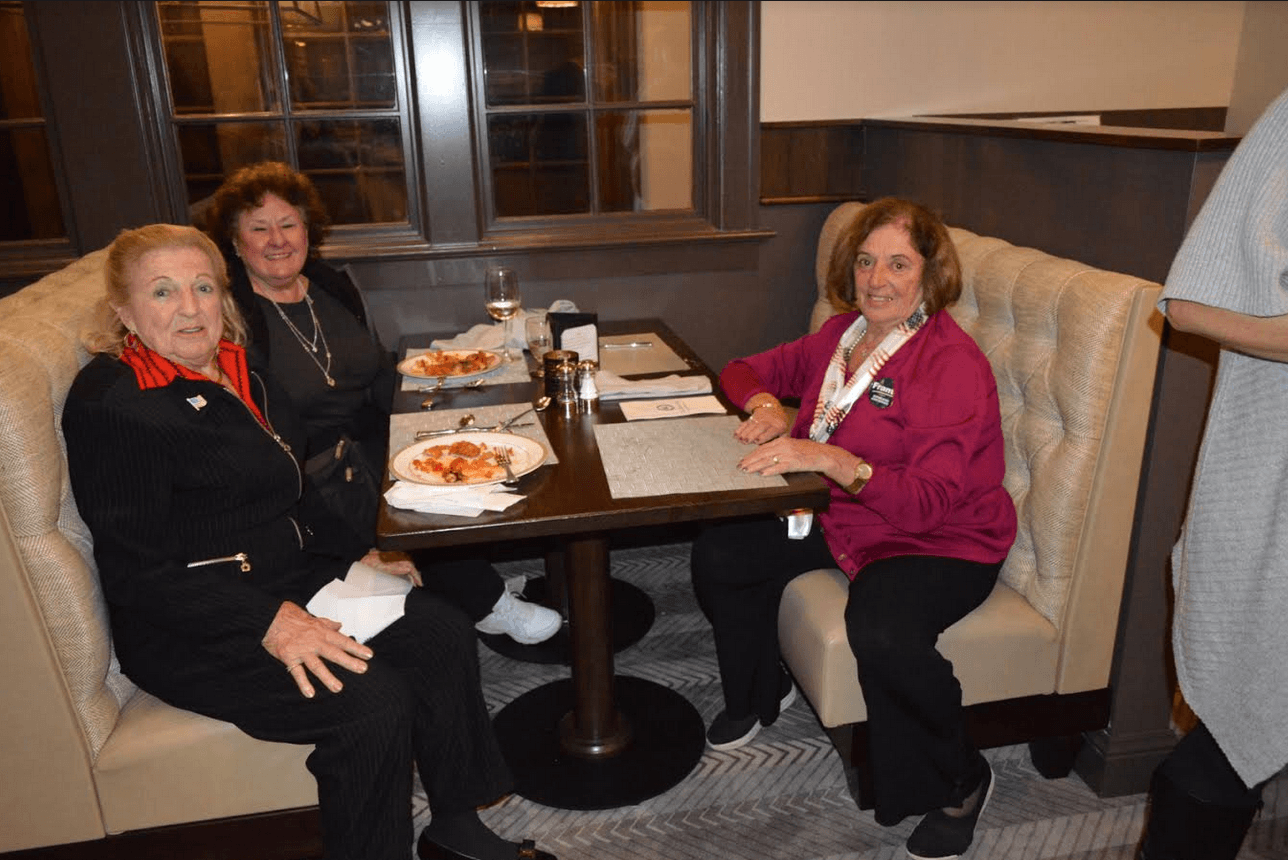 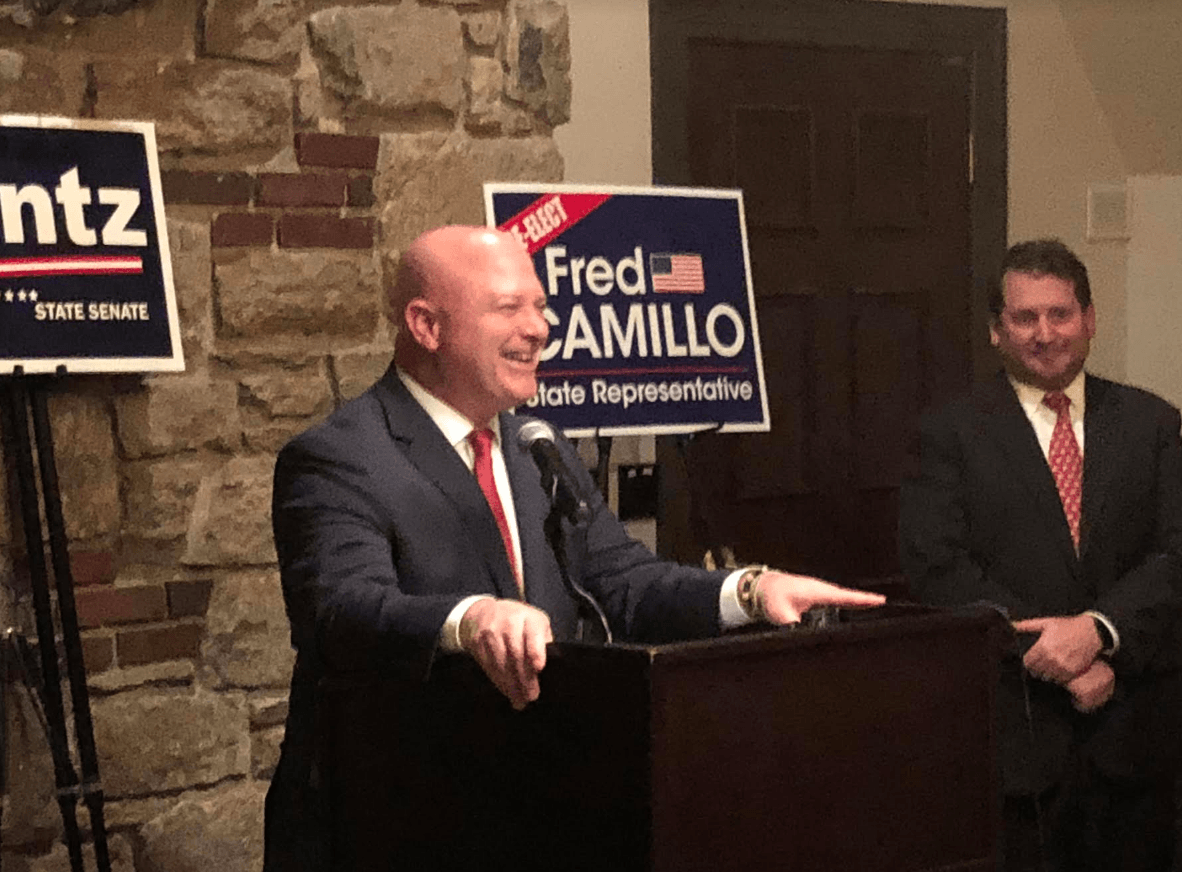 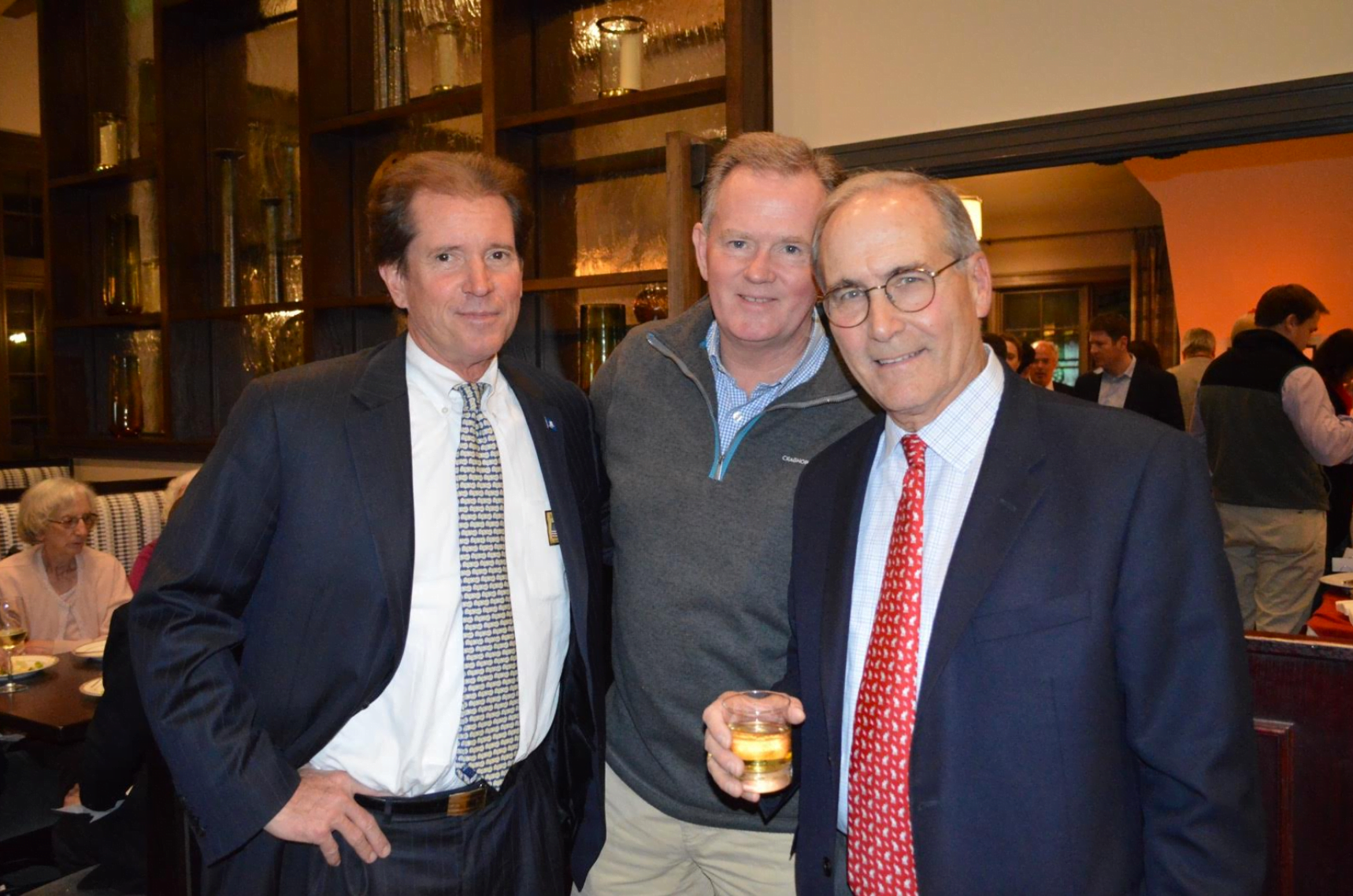 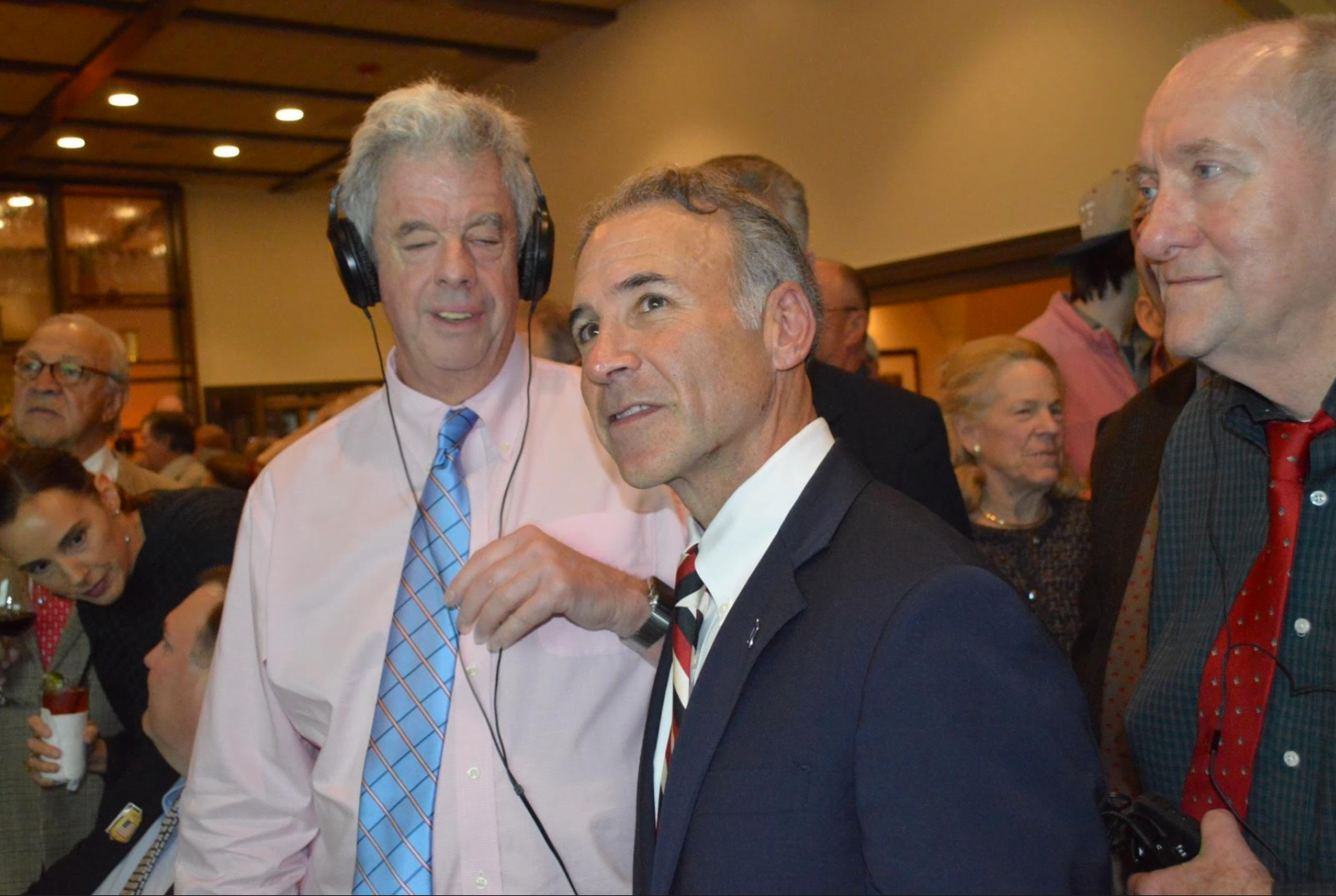 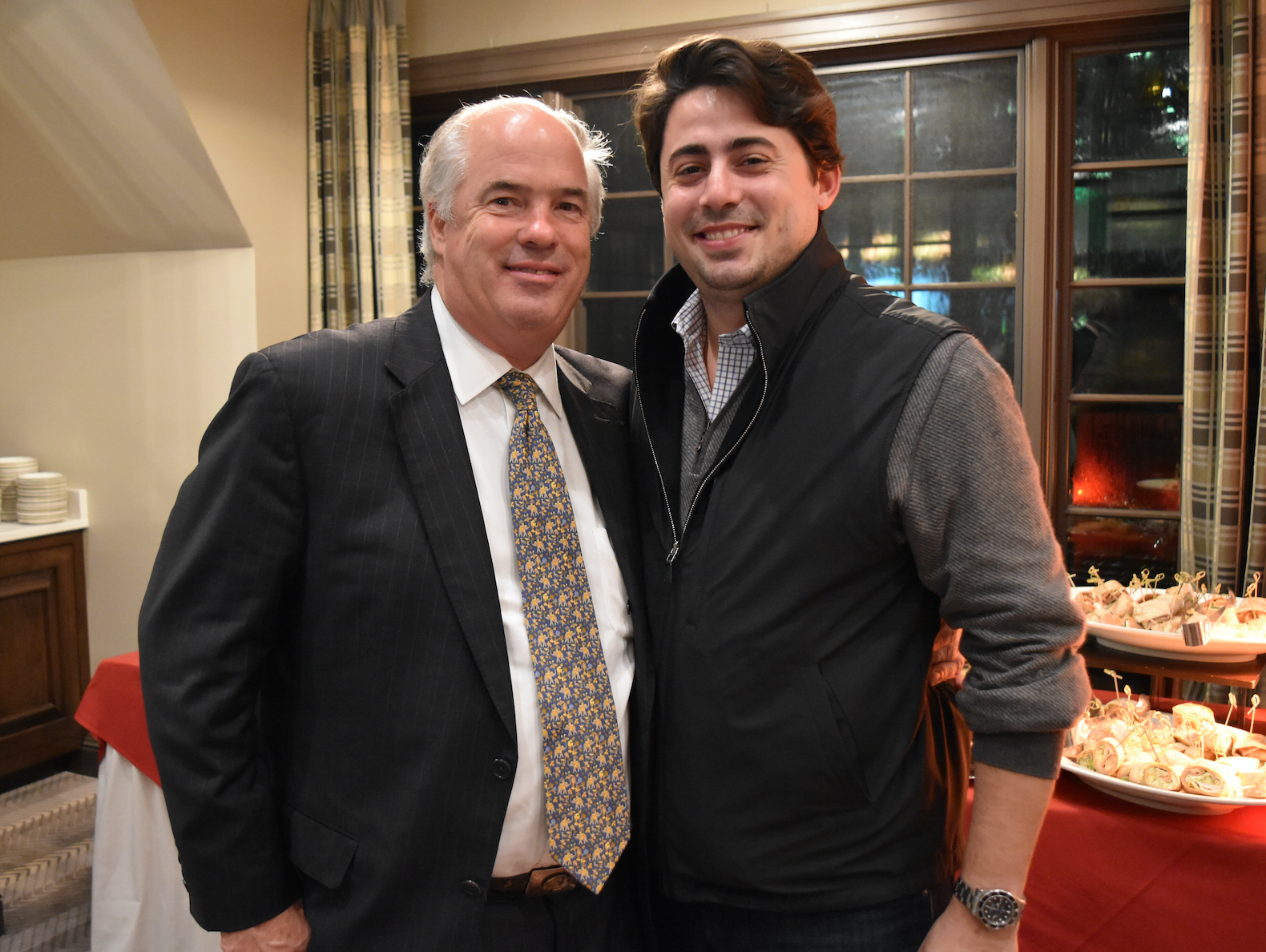 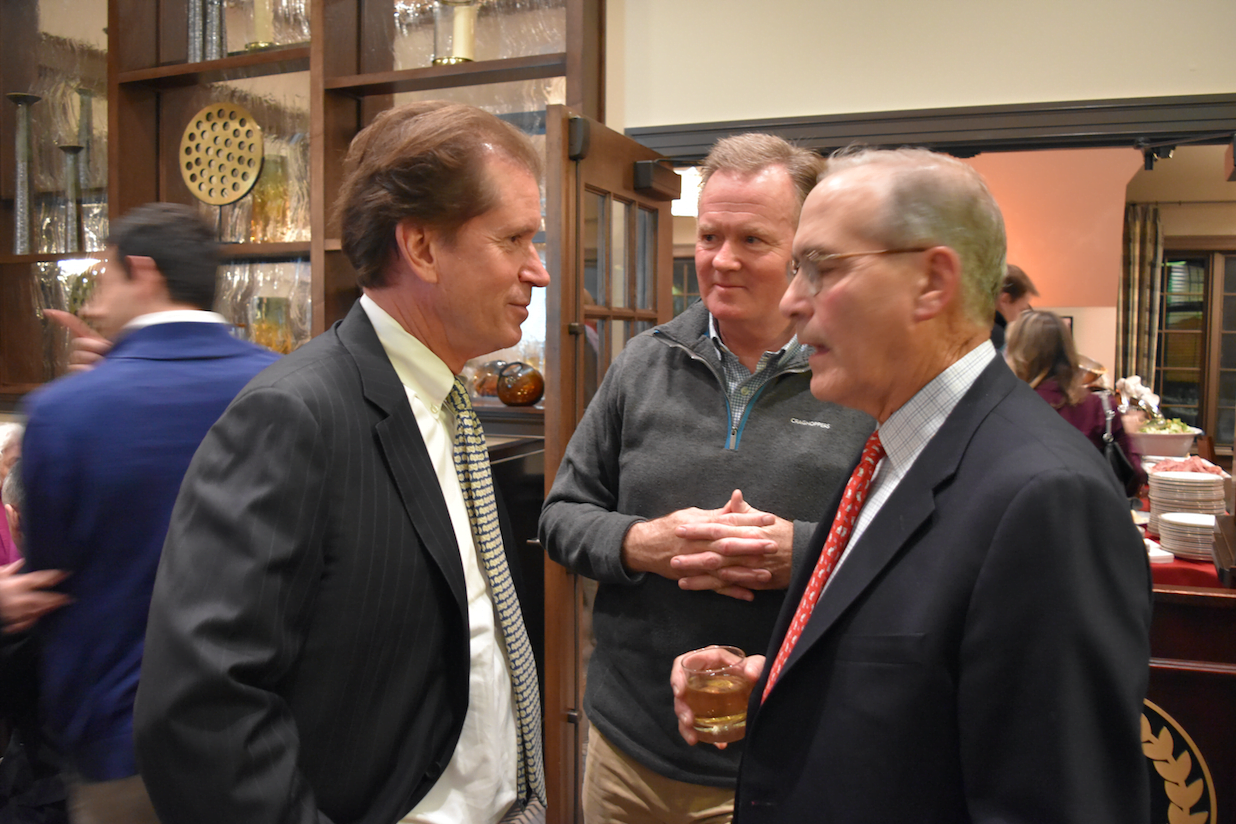 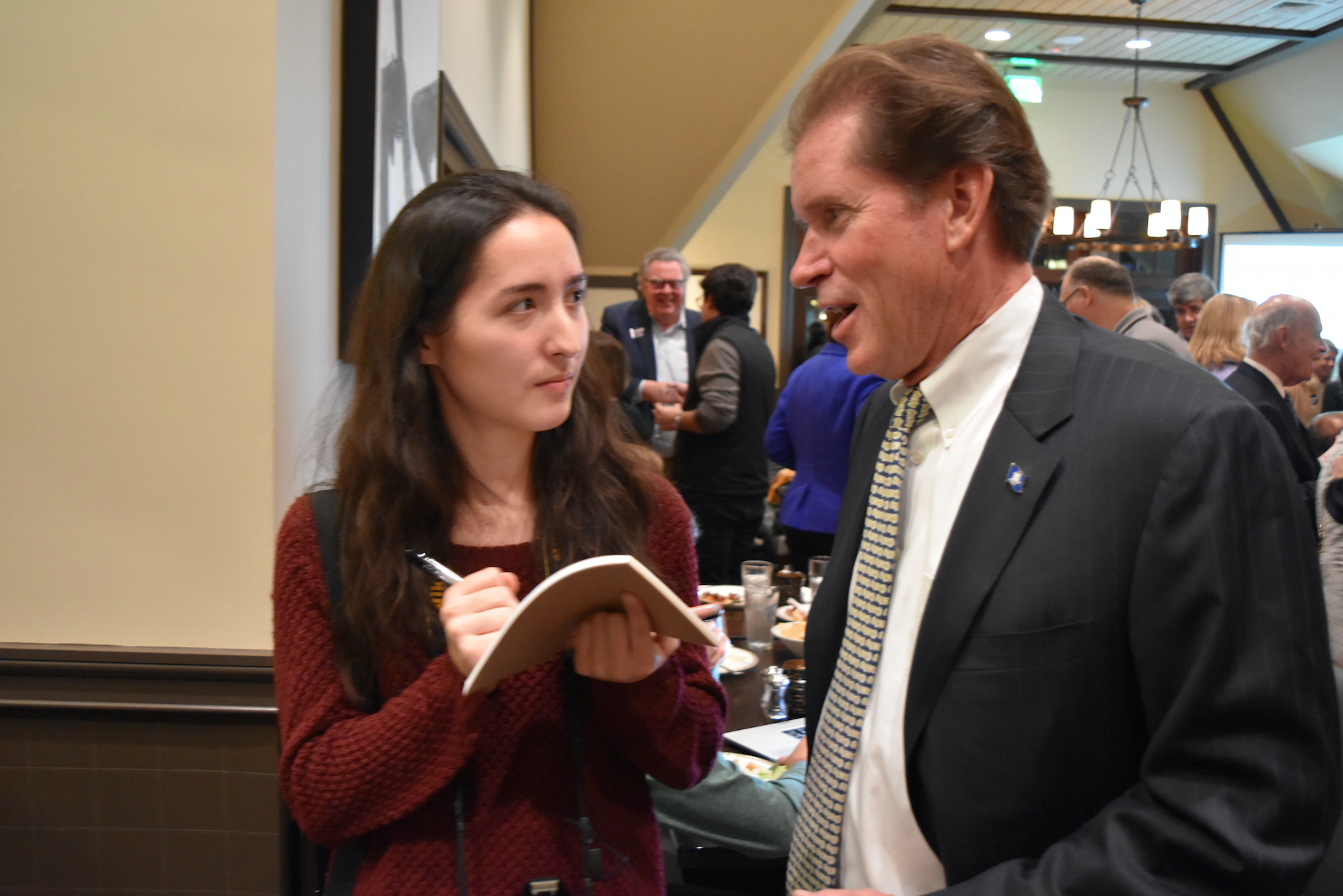 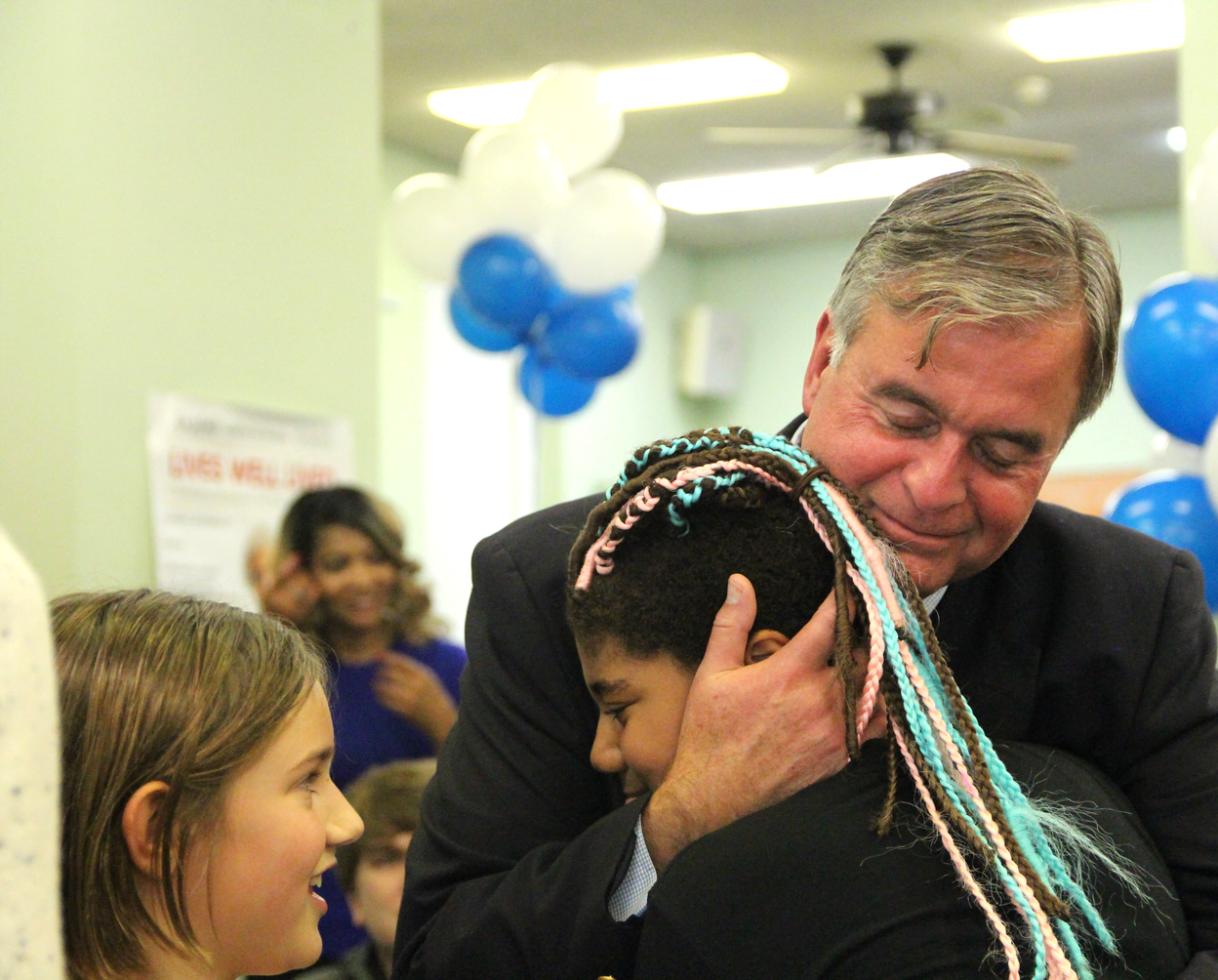 At the senior center, victorious Steve Meskers gets a hug from Lily Smith after learning of his victory over incumbent, Republican Mike Bocchino. Nov 6, 2018. Photo: Leslie Yager 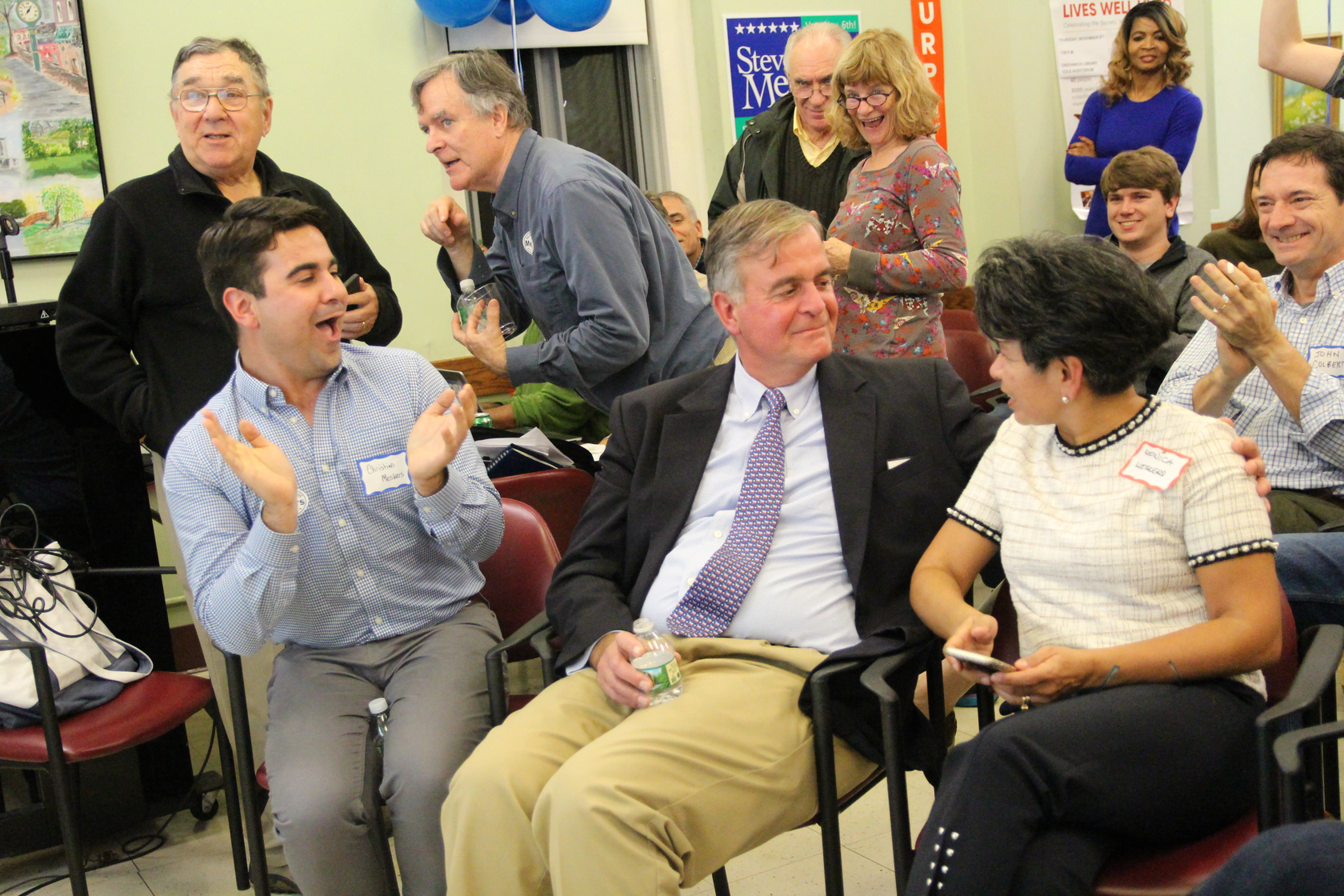 At the senior center Steve Meskers and family react to the news of his victory on Nov 6, 2018 Photo: Leslie Yager 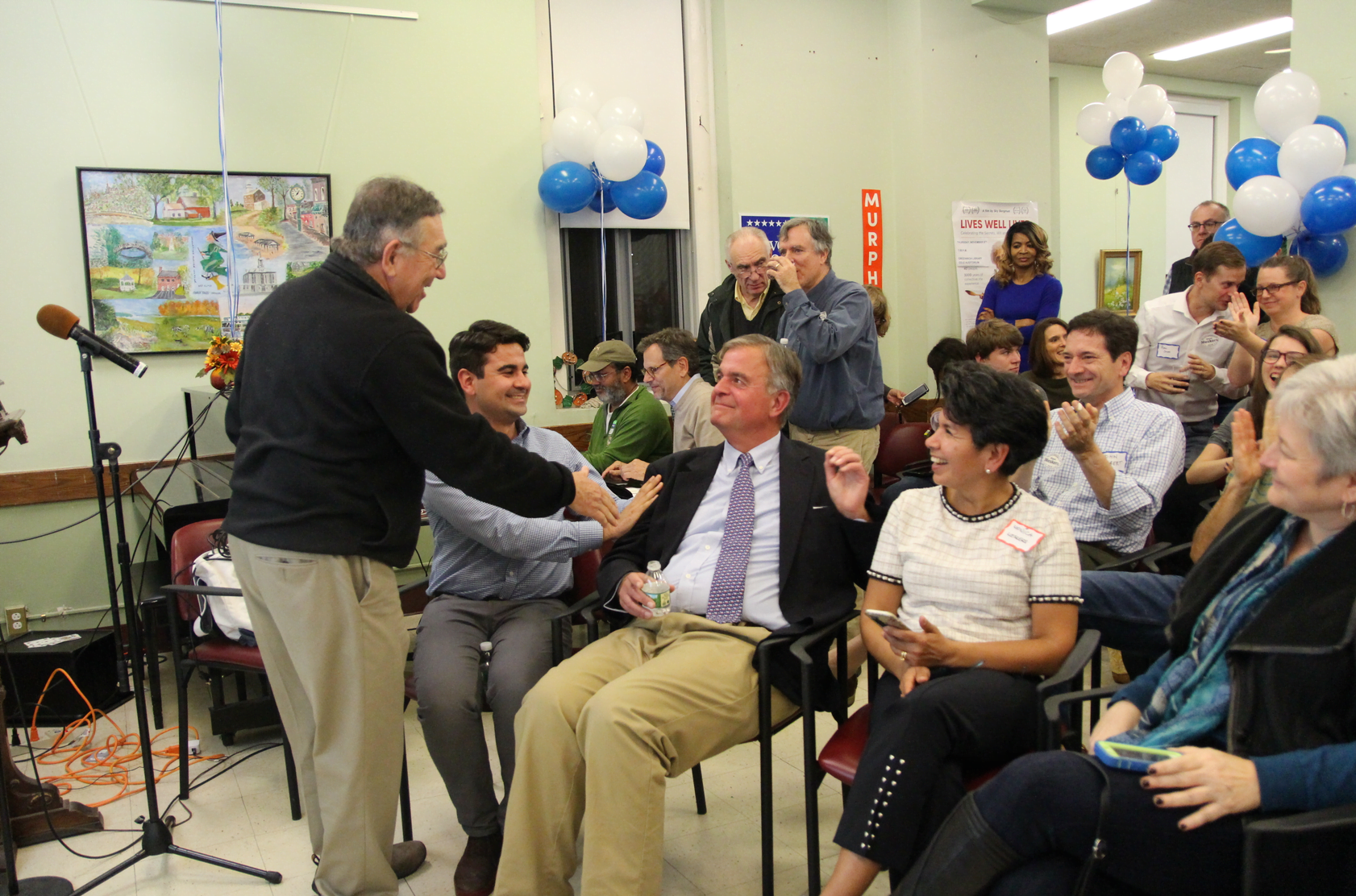 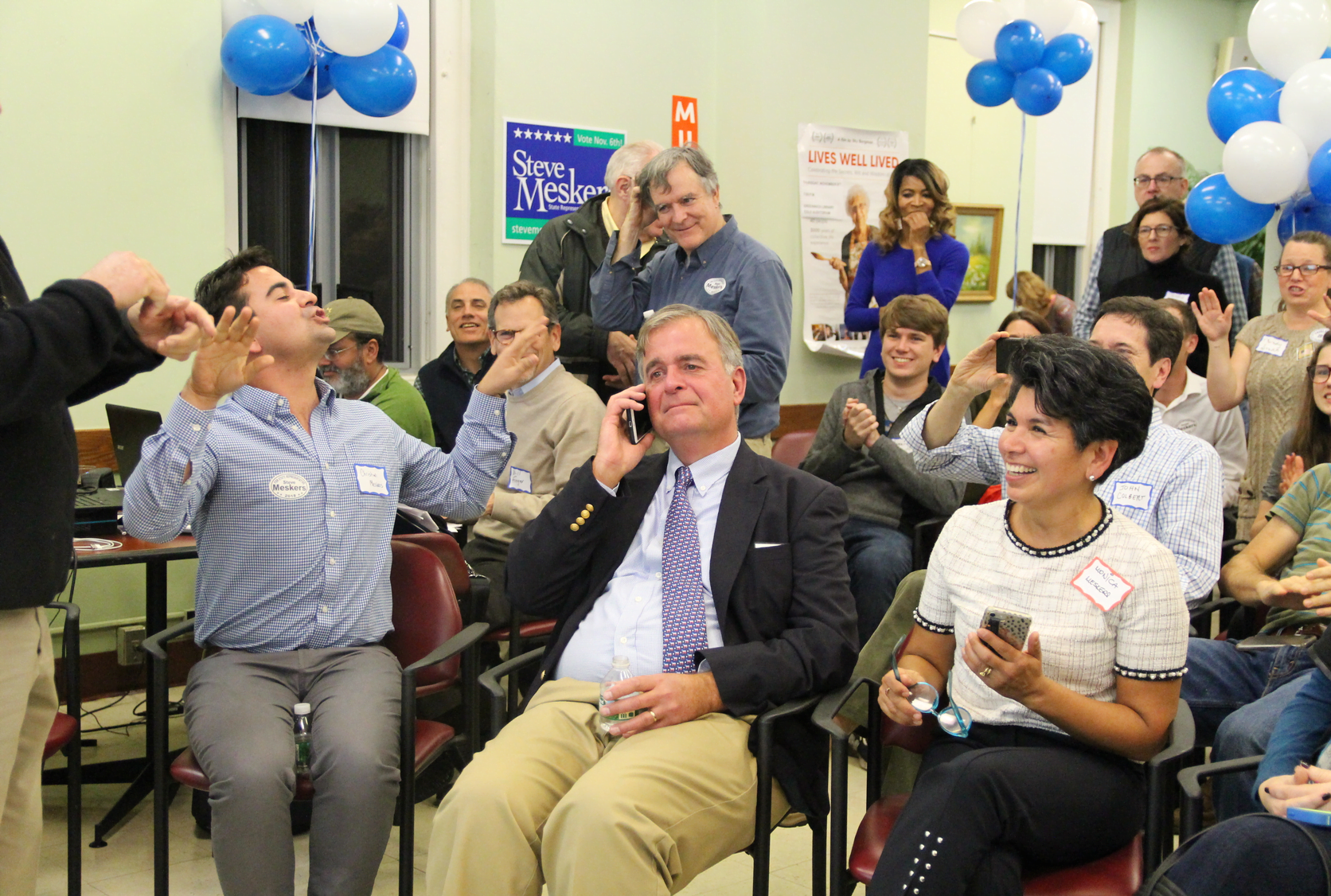 An emotional Steve Meskers told his mother he won his race for State Rep in district 150. Nov 6, 2018 Photo: Leslie Yager 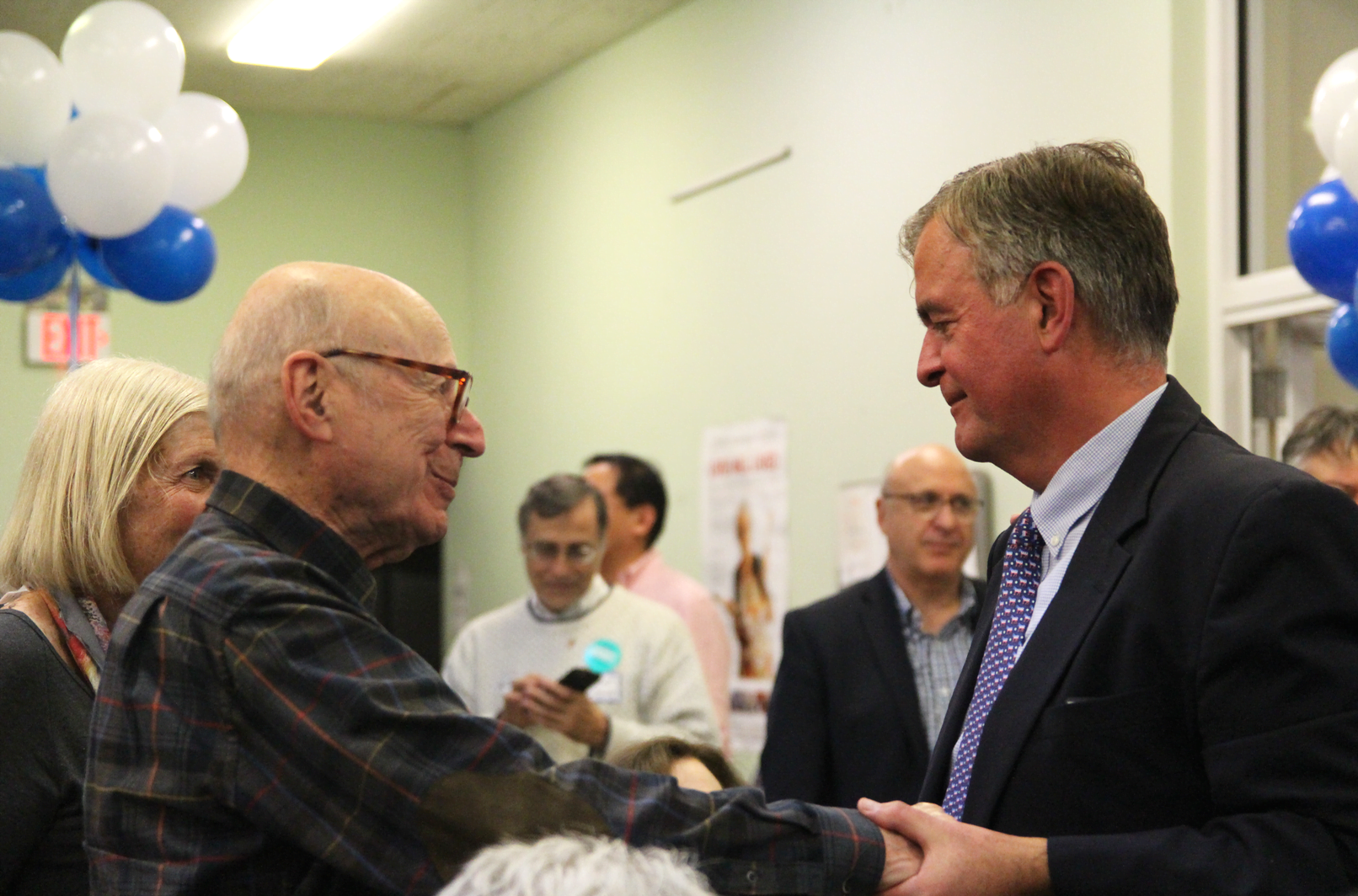 Editors’ note: As of 1:00am the race between Alex Bergstein and Scott Frantz was too close to call. We will update the story as soon as more information is available.