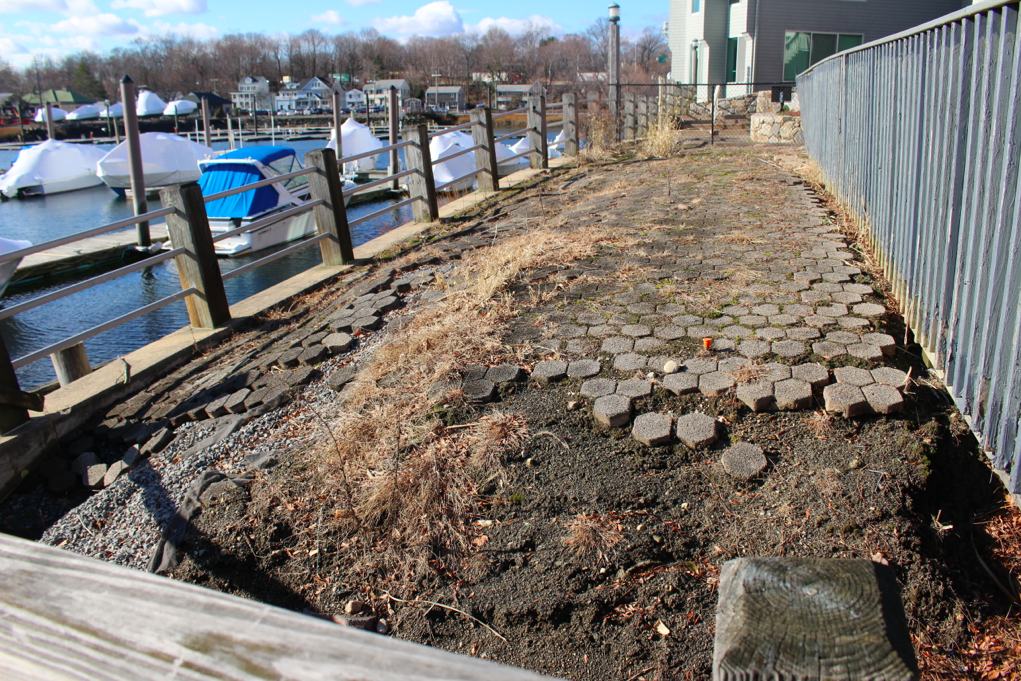 In Cos Cob, between Palmer Point Condominiums and what was previously the Chart House Restaurant, there is a boardwalk and seawall, both of which are in a state of disrepair. The property is owned by “GREI 1 LLC.”

The Board of Selectmen discussed the situation on Wednesday morning, with Peter Tesei providing some background. “It was developed in the late 70s,” Peter Tesei said. “It’s quite an intricate parcel that ownership and responsibilities have been at issue.” 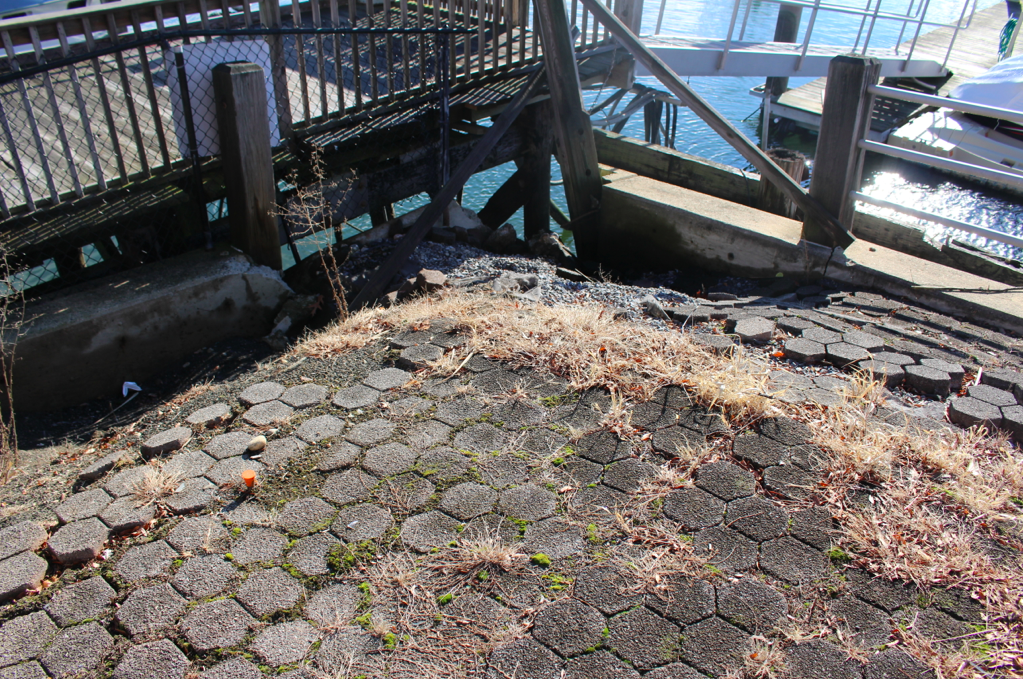 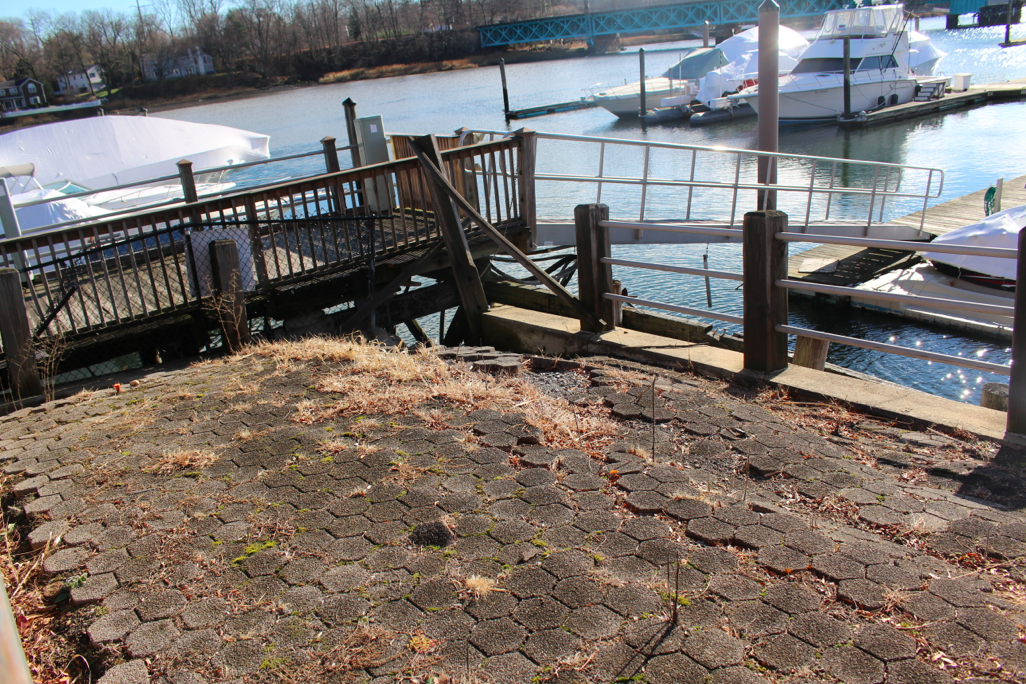 Mr. Tesei described the  the sea wall and boardwalk as severely deteriorated, and pointed out that the boardwalk is public access. The boardwalk has been temporarily restricted, but not entirely closed off from public access, through the building department.

“There seems to be an ineptitude on the part of the property owners to come to a resolution, so therefore we are taking unprecedented action to initiate litigation to be sure we are protecting the public interest,” Mr. Tesei said, adding that the town has legal exposure if someone is injured, because the Town “has the deepest pockets.” The First Selectman said the situation was an issue in the prior administration and stems back at least ten years.

Town Attorney Wayne Fox said the main concern is safety. “We attempted to go through the state attorney’s office and they chose not to do that, so the only remedy remaining is to bring action on behalf of the Town,” said the town attorney, adding that to force the property owner to correct the situation, the selectmen have the authority to authorize the town legal department to initiate litigation. 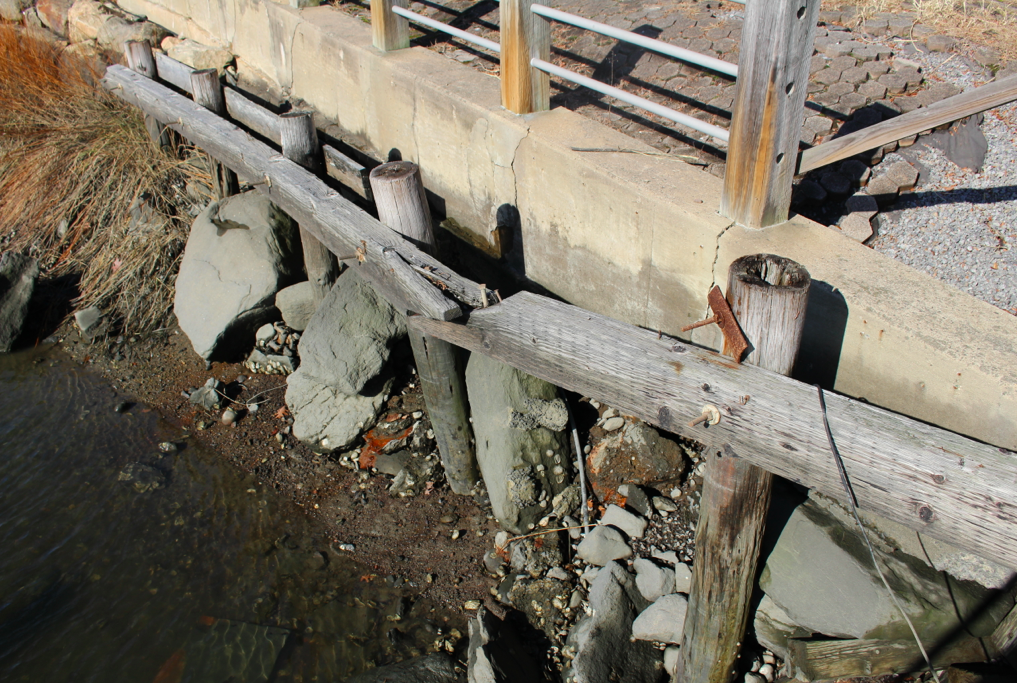 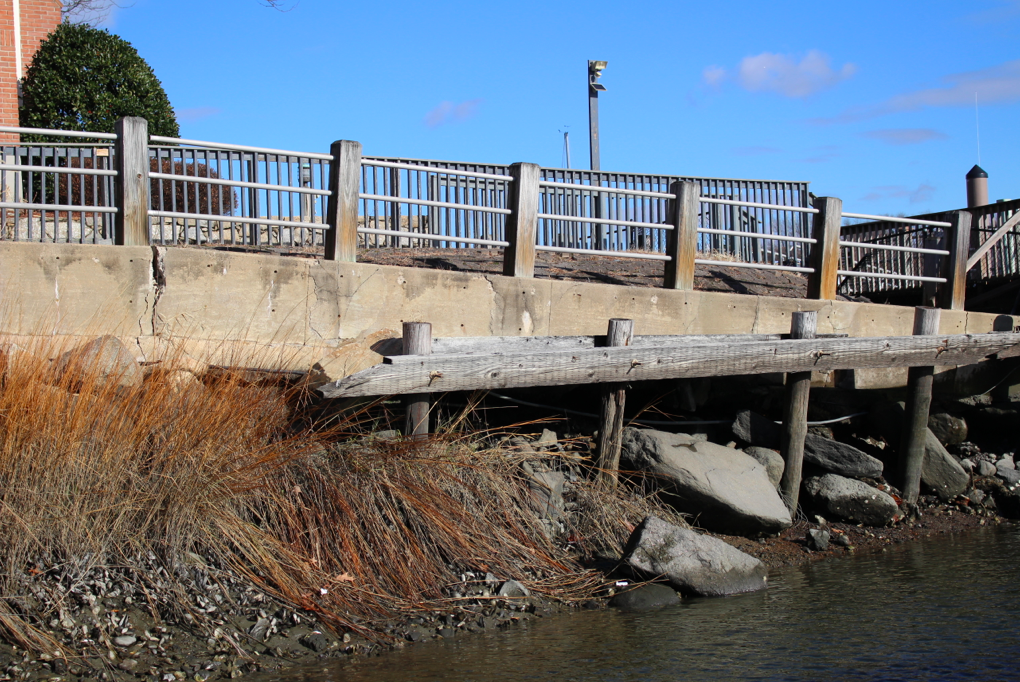 “We don’t take this lightly,” said Selectman Marzullo. “We don’t do this. We don’t initiate lawsuits.”

Selectman Theis asked the town attorney if in fact the land owner, GREI 1 LLC is responsible for the repairs.

Mr. Fox said that responsibility may be contested, but his opinion based on research, evidence and statements made by the owner’s representative, that is the entity that has responsibility.

Marzullo summed up three alternatives, starting with suing the owner, shutting down access or having the Town incur the cost of repairs and put a lien on the owner’s property.

Building Official Bill Marr said the boardwalk was shut down at one point several years ago, and reopened after the owner shored it up temporarily. He said he receives a report on the status of the falling down seawall and boardwalk every three months from a structural engineer.

Mr. Marzullo pointed out that if the selectmen voted to initiate litigation, it could be drawn out over months or years, and, if the boardwalk is shut down, that would preclude access to boats by their owners.

Mr. Marr pointed out that the boardwalk repair and seawall repairs are not mutually exclusive. One cannot be done without the other.

Mr. Tesei said, “If we had to undertake improvements to all project that had some public connectivity it would run into millions of dollars…I think that won’t work. The people who own it pay for it, and taxpayers shouldn’t carry the burden. That owner is making money from it,” the First Selectman said.

Mr. Fox said that once it is litigated and the court orders the owner to do the repairs and he doesn’t, that the town attorney would return to the Board of Selectmen for next steps.

The board voted unanimously to initiate litigation against GREI 1 LLC. 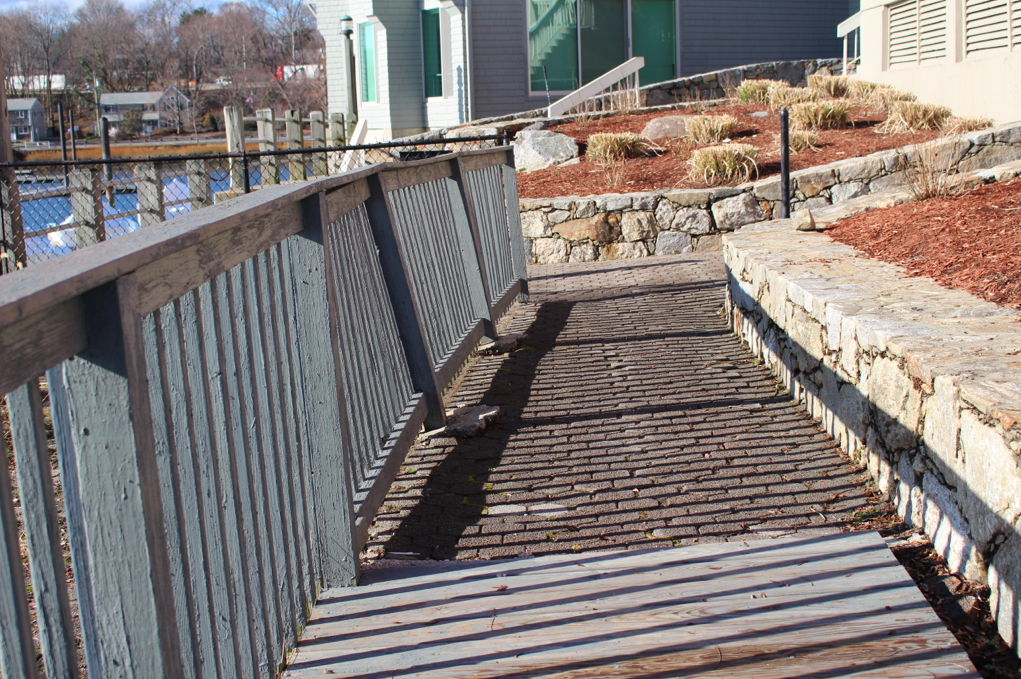 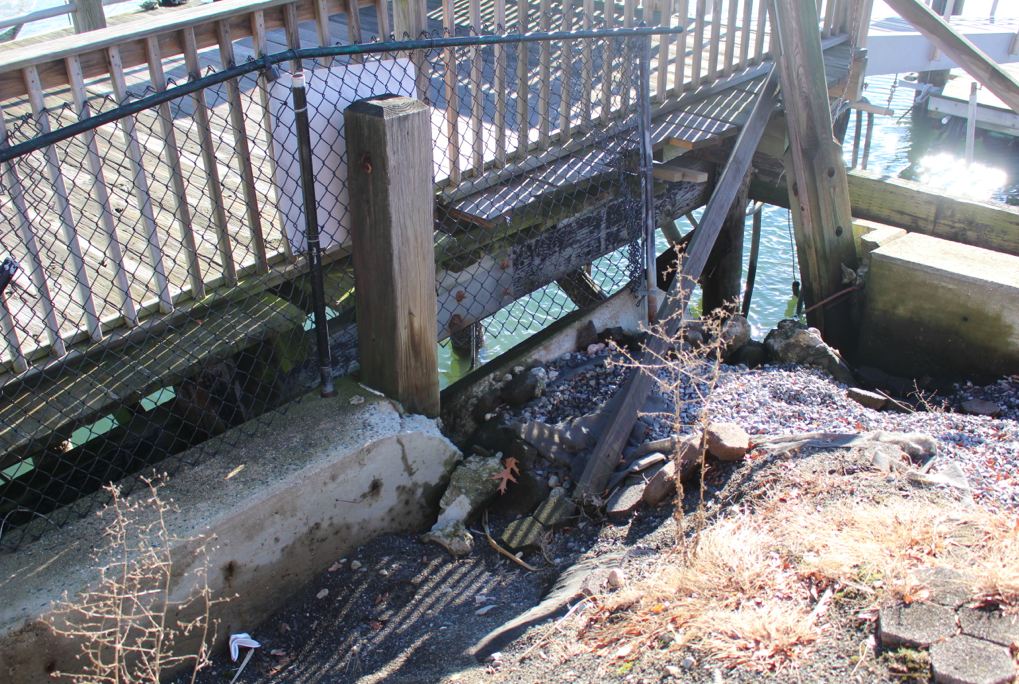 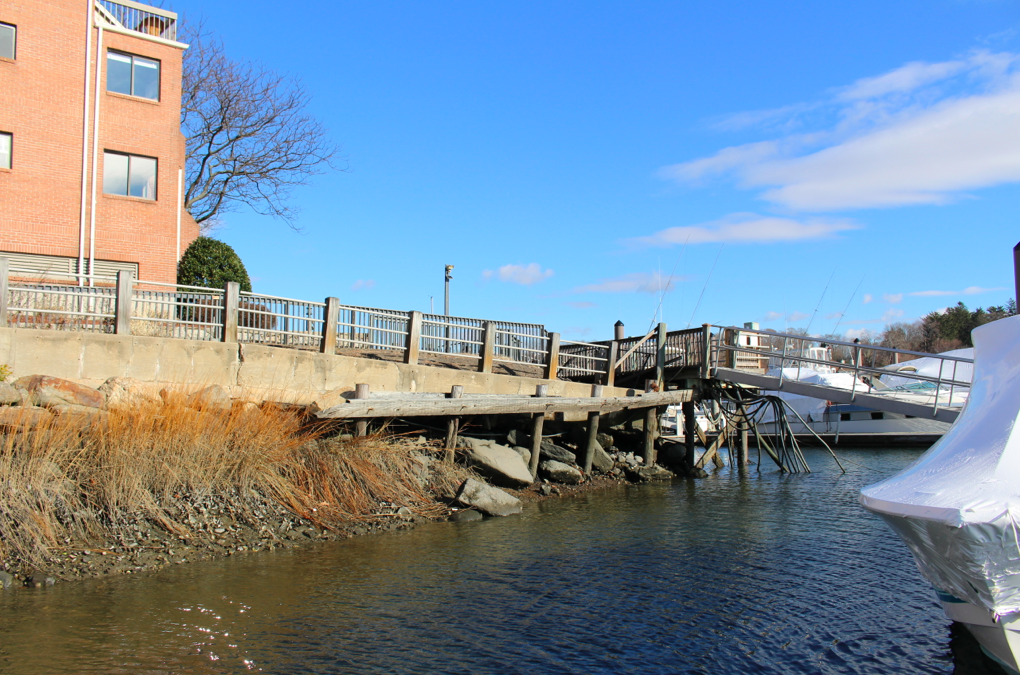 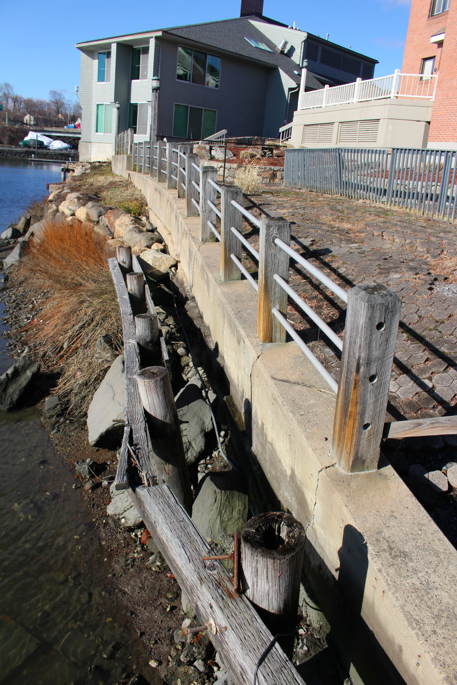 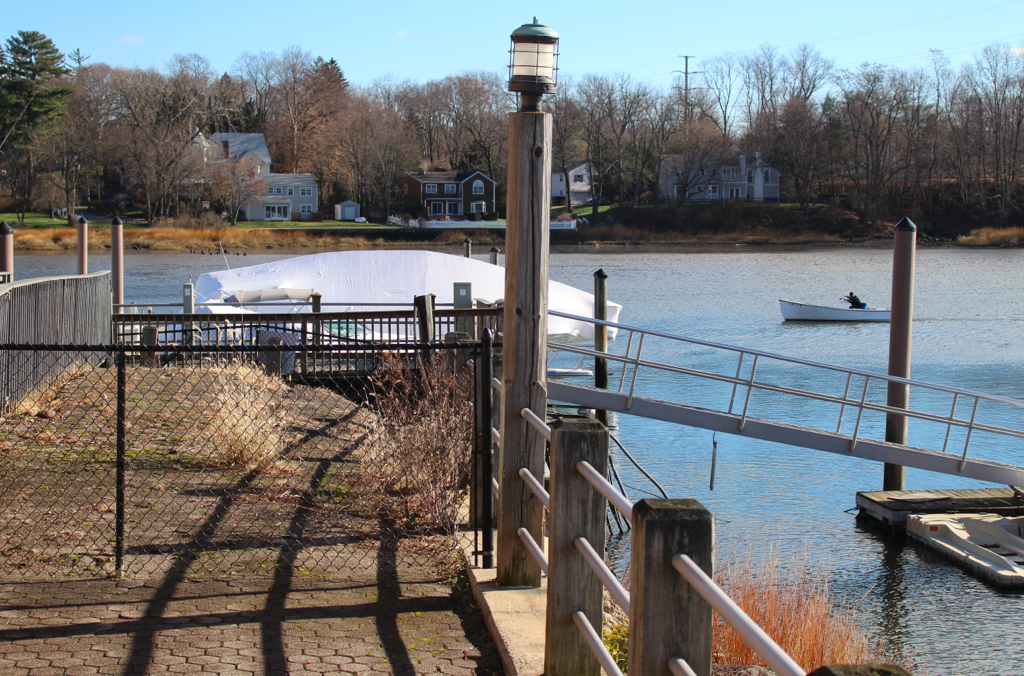 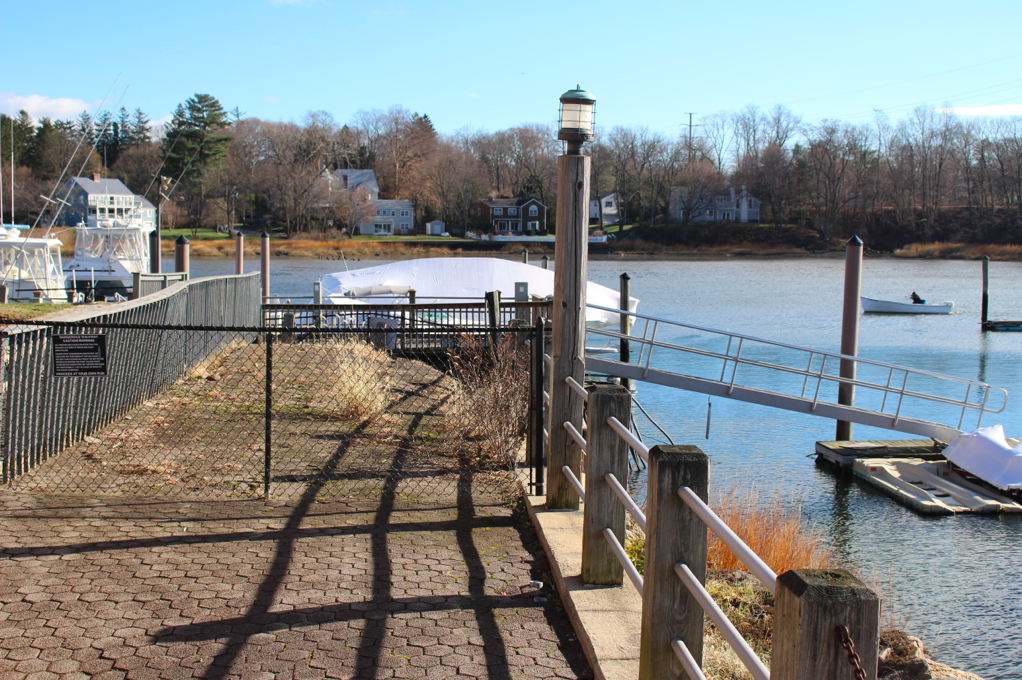