“It’s time to recognize and tackle gender discrimination in all its forms, and period poverty is one example,” said Sen. Alex, who explained that ‘period poverty’ occurs when girls and women can’t afford hygiene products and are forced to miss school as a result. 1 in 5 girls has missed school due to having their period.

“It is no longer acceptable to have systemic barriers for women. If we want to be an advanced society, we need girls to have every opportunity to learn, grow and advance. When girls miss school because they can’t afford basic hygiene products, that means we are failing,” said Sen. Alex. “We need to eliminate all barriers so that girls and women can achieve their full potential – both personal and professional.  No woman should ever have to choose between caring for her body and her brain. Periods are a healthy bodily function, not something that should cause shame or withdrawal from daily activities.” 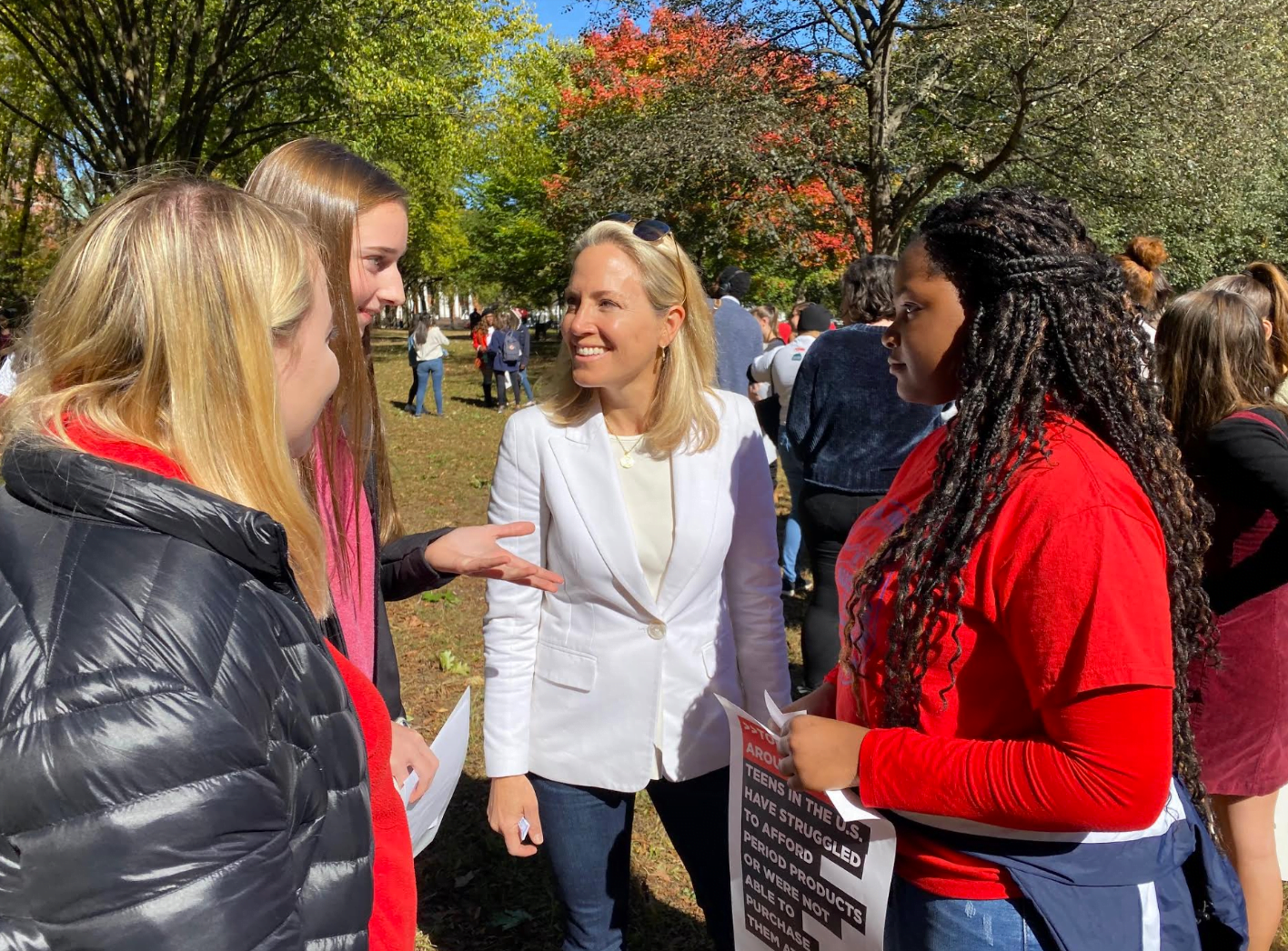 Saturday’s rally brought together girls and supporters from around Connecticut who are fighting to end the stigma and financial costs associated with having your period by educating the public, providing support to peers, and advocating with legislators for policies that benefit menstruating teens.

The Connecticut chapter of “PERIOD,” which is a national advocacy group pushing for menstrual equity, is demanding that state legislators pass laws allowing for clean and healthy menstrual products to be freely accessible in schools, shelters, and in prisons, and for the nationwide elimination of the so-called “tampon tax” (Connecticut already eliminated the state sales tax on menstrual products effective July 1, 2018).

Saturday, October 19, 2019, is the first National Period Day, with rallies in all 50 states and the District of Columbia demanding period products be accessible to all and ending the so-called tampon tax. Thirty-five US states still have a sales tax on menstrual products.

In September, Sen. Alex hosted an informational session with key legislators, non-governmental organizations and other interested parties in the Legislative Office Building in Hartford.

These student advocates launched an online petition asking legislators to require all 6th-12th grade school restrooms in Connecticut to be “consistently stocked with both pads and tampons at no cost to students.”

So far they have nearly 1,200 signatures and are building a statewide, student-led coalition that will gather more support as it unfolds.