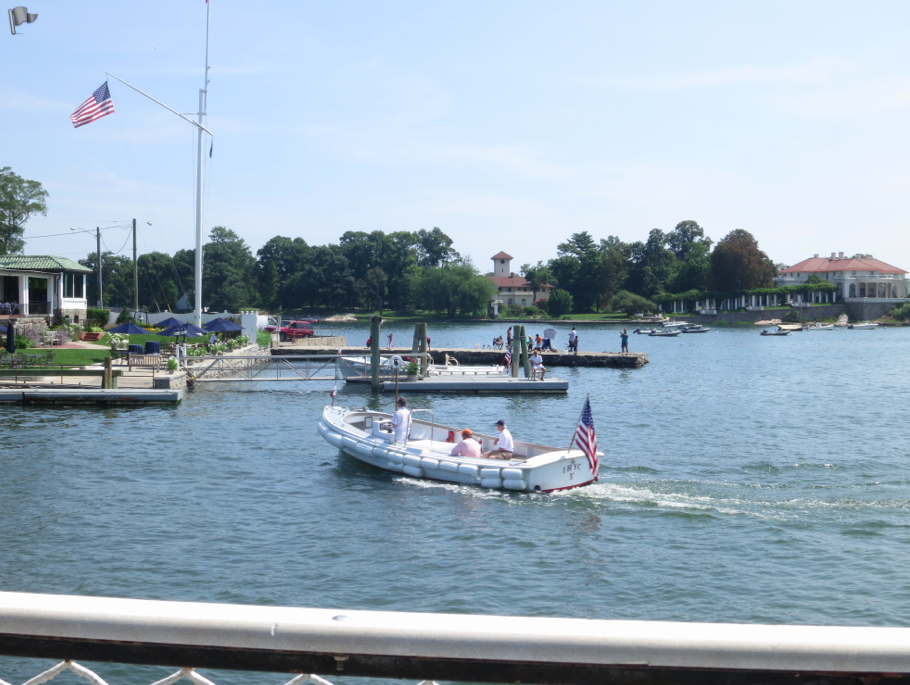 The proposed Harbor Management plan is available to read on the Town website.

Harbor Management Commission  (HMC) chair Frank Mazza announced this week that the second of two public hearings was scheduled for Oct. 26. The hearing is an opportunity for residents to give feedback.

On Friday Peter Alexander phoned in during Mr. Tesei’s Ask the Selectman show on WGCH 1490 to say that the October 26 hearing conflicts with the October RTM meeting.

“Wouldn’t it be better to schedule it at some other time, especially so that RTM members can be present?” Alexander asked.

Mr. Tesei, who pointed out that Selectman Toner is the representative from the Board of Selectmen to the HMC, agreed. He said that the Land Use agencies are looking to provide direct input to the Harbor Plan. “They looked at the draft and did not concur with some of the citations as to their authorities and their relationship to it,” he said. “They’re looking to modify it.”

Tesei said he would follow up on the scheduling issue with the HMC chair. He pointed out that the RTM is concluding its 2-year interval and it may perhaps be better to take it up with the RTM in March to give people an adequate chance to vet the plan.

The first public hearing was back in October 2014, and gave the public their first chance to make suggestions as to what to include in the plan. During the meeting, there was a 3 minute time limit, which resulted in several people being cut short. The entire hearing lasted just an hour.

According to the Town of Greenwich website, the next regular Harbor Management Commission meeting is set for Oct. 21 in the Mazza Room at Town Hall.