The Harbor Management Commission convened at their monthly meeting on Sept 17 and discussed several ambiguous topics. 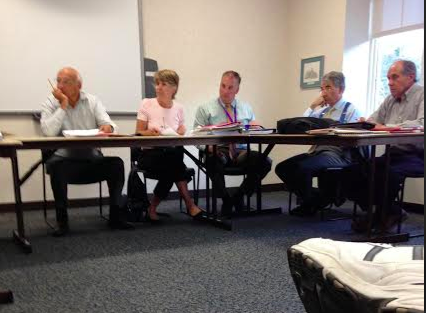 Writing the Plan and the Town Jurisdiction of in the Harbor
Lile Gibbons segued the discussion to coastal management consultant, Geoffrey Steadman’s 2011 study, A Waterways Vision for the Town of Greenwich, which was commissioned by the town Parks & Rec department and intended to provide guidance for a harbor management plan.

Mazza recommended these findings be included in the next draft at the next meeting.

Mazza led a discussion of the Town’s maritime jurisdiction and whether this should be included within the harbor management plan.

“I’m not sure whether we’re supposed to include the total area of Greenwich in here. The town goes out further — theoretically. There’s a line out there somewhere in the mid-Sound,” Mazza said.

“The state has recognized that the boundary is very difficult to determine out there,” said Lt. James Bonney of Greenwich Police maritime procedures.

“If you’re talking from a law enforcement perspective, we can make stops even though we’re actually in Stamford waters and give out summonses and force that person to go to whatever court we are issuing – which would be Stamford. Same thing with Port Chester, we have the authority from the state of New York that we can make arrest within their waters because of the difference in determining the boundaries. So from a law enforcement perspective, we can make arrest without knowing exactly where we are.”

Lt. Bonney explained the potential impact of the law enforcement ordinance part of the harbor management plan by saying, “When you determine the inner-harbor area, and what this management document is going to incorporate for the town ordinance part for the enforcement, that’s what becomes more important for us.” 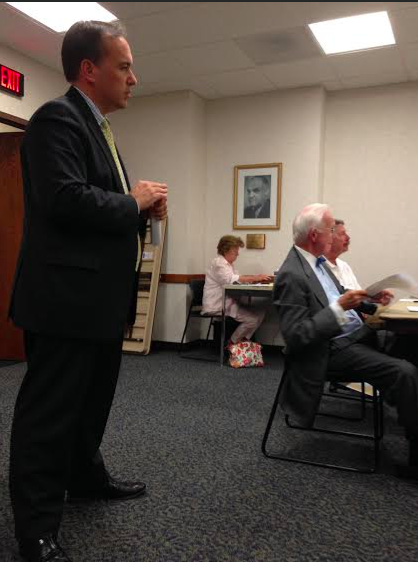 “The harbormaster is a state appointed position by statute. There is nothing within the statute that stipulates that the towns and cities have to provide any monetary remuneration for the position or resources.” He said the Town had been thoughtful and generous to the harbor master, specifically providing a boat, money for a uniform, and for gas. He said the Town also provides support staff, referring to part-time Penny Monahan, who works out of the selectman’s office.

The selectman addressed the recent disagreements between the harbor commission and the harbor master Ian MacMillan.

“Frankly, I think it’s worked fairly well despite what’s reported in the press. I think if one wants to use the press as a validation for what is reality, then you’re going to wind-up with a very skewed and inaccurate depiction,” Mr. Tesei said. “The reality is, we do have a process, but we also have an obligation to see to it that the resources are not squandered and wasted.”

Harbor Master’s Phone Bill
First Selectman Tesei commented about phone bill submitted for reimbursement by harbor master Ian MacMillan. “In terms of phone usage, I think there has been an issue about the amount of the bill because it seemed extraordinary in all candor to the town administrator,” he said. “I think he’s well within his right to question it on behalf of me and the Town-at-large. We’re happy to provide support in paying it, but it has to be within reason. We can’t just say blank check.”

The harbor management commission meets the third Wednesday of the month. The next meeting is Wednesday, October 15 at 6:00pm.

The public hearing for input on the harbor management plan is set for Oct 16 at 7:30pm in the meeting room at Town Hall.