The Planning & Zoning committee on Tuesday discussed a text amendment for the Central Greenwich Impact Overlay zone (CGIO),  which covers a large area in downtown – roughly Greenwich Ave to Milbank Ave to Old Track Road. The concept is that in this zone a developer would be granted additional building rights for height, bulk and uses in exchange for a public benefit such as affordable housing, a public park, public parking, and infrastructure improvements.

The applicant, Benedict Court Development Company, LLC, which is registered to Joseph A Tranfo, Joseph C Tranfo and Jane Tranfo, is proposing a 60% residential multi story development with about 70 units. The development would add population to downtown, an area that is losing population despite recent construction of condos.

One question is whether the proposal is in keeping with the POCD and whether the benefit of additional population to downtown is enough to merit the incentives.

There was much discussion about whether the residents of the potential development would actually shop on Greenwich Avenue, where there are between 24 an 28 empty storefronts. It was pointed out that Greenwich Avenue lacks delis or bodegas, and has a heavy concentration of jewelry stores and expensive boutiques specializing in womens’ clothes.

“We’ve had a lot of residential development on Milbank Ave and the trend on the Avenue is still declining,” said commissioner Andy Fox. “We’re adding housing within walking distance to downtown, and downtown is still declining.” 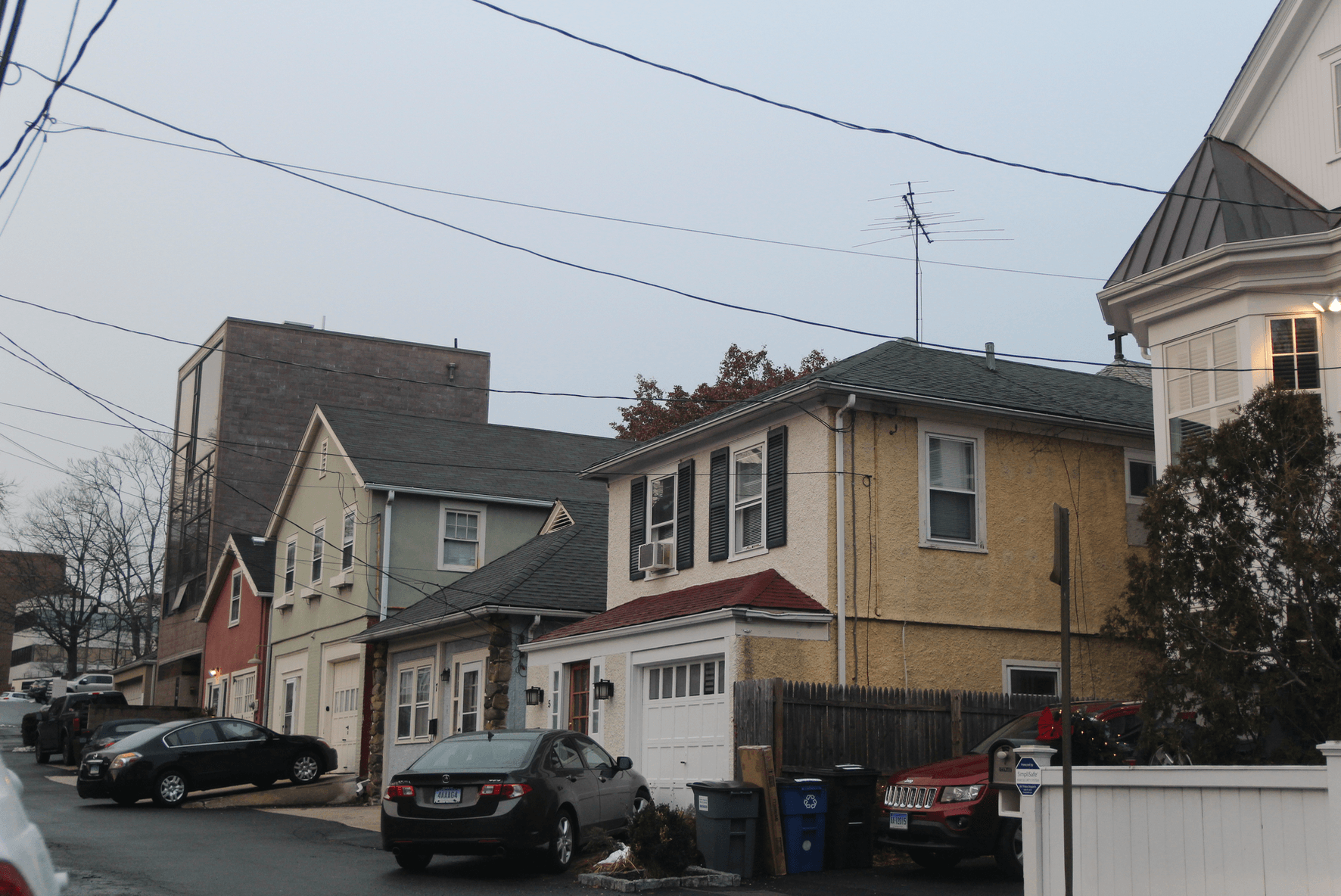 “Just adding more housing units is not a simple answer,” said commissioner Macri. “The businesses on the Avenue offer no place to pick up some oranges and a carton of milk. …Where would the deli and the bodega be? How do we get those businesses to move in?”

Commissioner Alban said as part of the POCD process, commissioners had met with officials about development in the south end of Stamford. “They said, ‘We’re finding as soon as people can afford it, they’re moving out because there’s not amenities they wanted.’ The trollies are taking people drinking instead.”

“We’re looking for world class amenities,” Yeskey said. “Something with a wow factor.”

Berrin Snyder, during public comment said she shops on the Avenue, but, she asked, “how many $300 dresses do you need?”

For his part, Mr. Tranfo said the development – whether rentals or condos – will have a theme of ‘aging in place.’

“It’s the classic downsize property. People on two acres or four acres – the kids are done with school, they don’t need the big house but want to stay connected to town, church, clubs, and friends. Yes they are spending money on retail,” he said, adding, “I will do a deeper dive into that.”

There was discussion about whether millenials would be attracted to this development. Ms. Alban said the POCD consultant said it is the desire of both millenials and baby boomers to live somewhere walkable. “They want amenities, place making and all the same stuff.” 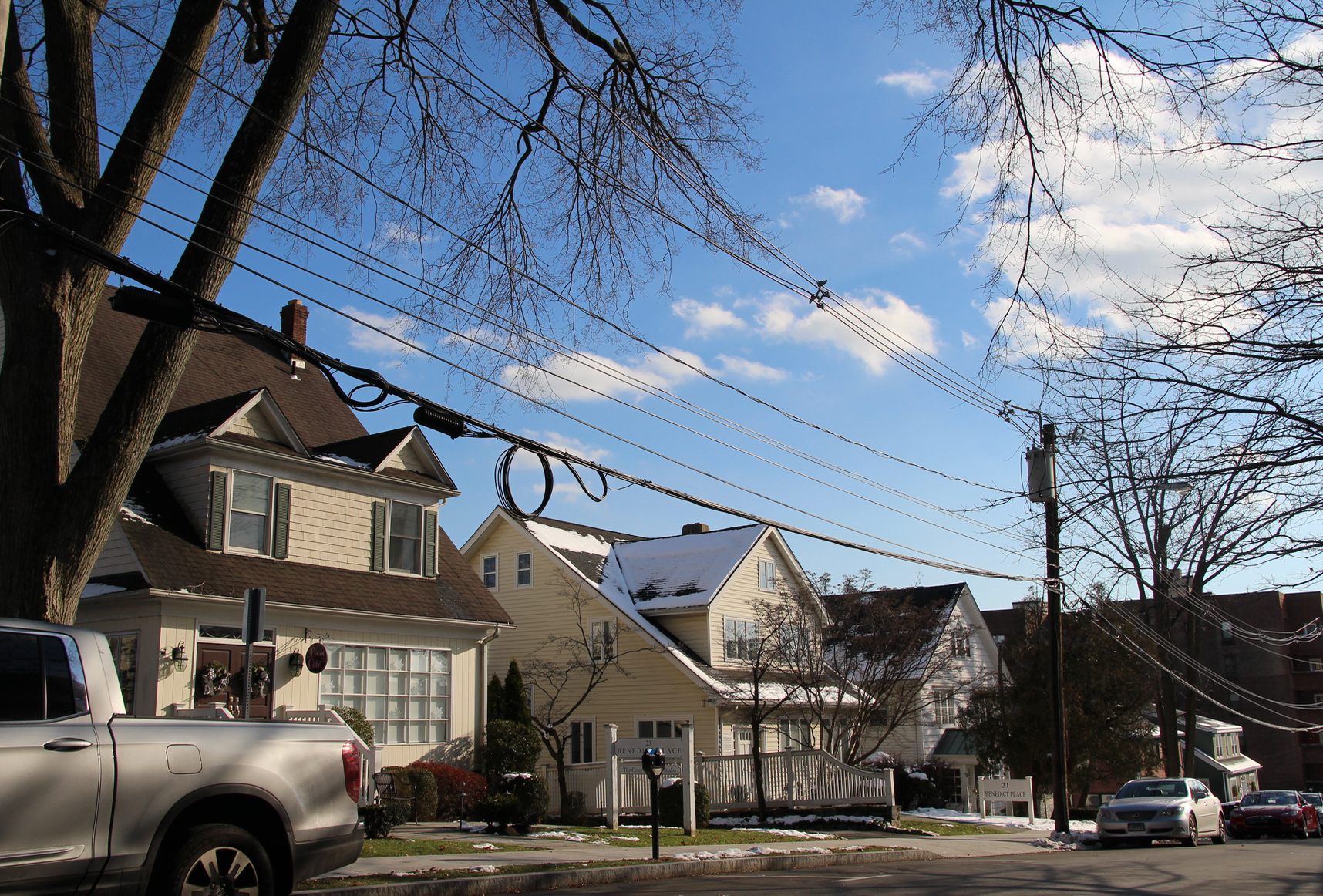 Time and again the commissioners asked Mr. Tranfo what problem would he be solving with his proposal. There was also a conversation about parking shortages downtown. Ms. Alban said the POCD consultants determined there is adequate parking for Greenwich Avenue, but that people have a “walking problem,” wanting to park right in front of the store that is their destination. Alban said experts say more shopping takes place when the Avenue is congested.

“Parking is not an issue,”Mr. Levy said. “And adding public space may not be appropriate, though the beautification is compelling,” referring to the transformation of the exiting 77 spot municipal lot on Lewis Street to a green passive park and incorporating an even more generous amount of parking underground.

P&Z commission chair Richard Maitland said he was troubled by the proposed text amendment and the possibility that in future a developer takes the incentives and creates a huge structure adjacent to a residential area. “The CGIO is a big area. I want to know what control the P&Z would have on the next project? Say someone on the border of the CGIO accumulates properties adjacent to a residential zone.”

Mr. Maitland pointed out the proposal tentatively has 40% offices and 60% residential. “What else? Some retail?” he asked. “I’d like that fleshed out a little more.”

Mr. Maitland said that the ‘ask’ for incentives, including building height and floor area ratio was “tremendous.”

Speaking of the incentives Mr. Tranfo sought in exchange for community benefits — community meeting space, the public park on Lewis Street, affordable housing and public parking — Mr. Maitland said, “None of them were as rich as you’re asking. These are very rich… the minute you’re adjacent to a residential zone, you can blanket the land. It’s not right.”

“Once you have a tall thing somewhere, it sets a new standard,”Ms. Alban said.

“It grows and can leapfrog,” Maitland said.

Mr. Macri said he was worried about a possible domino effect. “What concerns me the most is we’ve had experience in the R6 zone on Milbank Ave with the assemblage of properties. I wouldn’t put it past anybody with resources to assemble one acre overnight,” he said, referring to the minimum acreage to propose a development like Mr. Tranfo’s. “Someone can put together an acre real fast, and have the height because they’re getting incentives. ”

“I am thrilled at the opportunity to go back and work with my team and respond to your concerns,” Tranfo said.

“We’ve talked a lot about the historic nature of downtown and preservation of historic neighborhoods,” DeLuca said. “Is it worth bringing back the kind of development on (25) West Elm and 20 Church Street?”

During public comment Mark Pruner, a realtor and 50 year resident of Greenwich spoke in favor of the development.

“Don’t worry too much about the bogeyman and there being one big project after another. You have the ability to control it,” he said. “The other thing is you’ve seen a real desire among people, post recession, to want to live downtown, particularly in the R6 zone along Milbank Ave and Mason At. The problem is the number of people who live there is small….District one has shrunk. We need more people downtown.”

Ms. Snyder the realtor who had asked how many $300 dresses a woman needs, disagreed.

“As a realtor when I take people around, they want that little Victorian or colonial. They don’t want a big building. ..Young people don’t want to live in town. They all say, ‘When we have kids, we’ll come back.'”

Ms. DeLuca read aloud two letters from residents who objected to the development. The first was from Patrick Lemarchand, a resident of 25 West Elm, “Winthrop House,” which is a multi story building built in 1938, adjacent to the proposed development.

“The Town of Greenwich should not be driven by speculators who may ultimately destroy our unique beautiful town. …This project will increase the number of condos, but will not improve the Avenue and may transform downtown Greenwich into a downtown Stamford,” he wrote.

Judy Crystal, another longtime Greenwich resident wrote, “To suggest that the people will rent the 70 apartments in the large multi story buildings will shop on the Avenue and contribute to life in town is absurd. To suggest that 30 additional parking spaces in underground parking …justifies a drastic change in traffic patterns is downright silly.”

On Wednesday morning, DeLuca summed up some outstanding questions. “Do we want larger developments in the downtown? Do we have the services for these kinds of developments?”

She said the concept of adding residential units is good because downtown is losing population.

The applicant will return to P&Z some time in March.