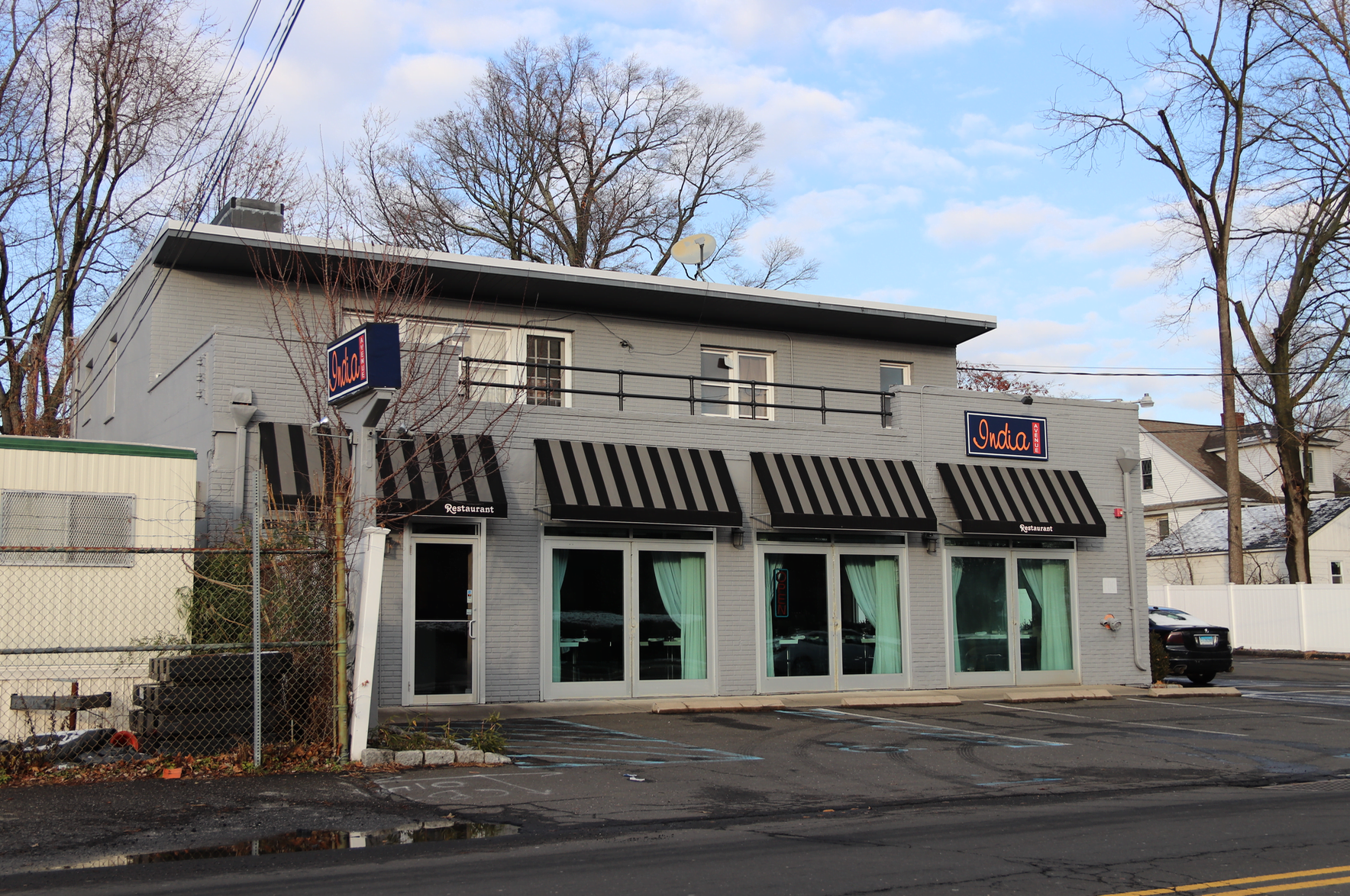 At the Dec 10 Planning & Zoning meeting, commissioners discussed an application for a new restaurant, a pizzeria at 249 Railroad Avenue, currently home to India Ave.

The applicant is the John A and Shirley M Viesta Trust who seek a Site Plan and Special Permit to amend language from a prior approval that prohibits any delivery of food from the site, and to make renovations to restaurant use which would reduce the overall seating in the building.

The property was once a car dealership. Then P&Z approved a change to restaurant use and 249 Railroad Ave has been home to restaurants including Lotus Flower and China White, before housing India Ave, which attorney Tom Heagney said would likely continue to operate through the holiday season.

Back in 2009 the commission commission was concerned with adequacy of parking, but that was resolved.

The building currently has an apartment on the second floor.

As for the previous condition of P&Z approval that there be no delivery of food, which Heagney said poses a serious problem for a pizzeria..

“We have reduced the number of seats because there are more areas dedicated to ovens,” Heagney said.

There are 17 parking spaces

“And so we have six additional spaces,” he said. “We can assign the ones in front for pick up and delivery, and we believe this meets all the criteria you need to approve it.”

Commission chair Alban said originally there was a concern about the flow in and out of the site, which has a wide curb cut.

“We were looking for how you accommodate vehicles coming in and out smoothly,” P&Z chair Margarita Alban said, adding that the commission would like to improve the landscape and streetscape.

Mr. Heagney said his client would be willing to put planters in front.

The commission suggested relocating the existing ADA parking space in order to repurpose the five parking spaces in front and make them into a one way loop for delivery people to use.

Mr. Heagney said his client preferred the handicapped spot to be where it is, closest to the front door, though the commission noted there is another spot very close to the door. That would enable the creation of the one-way loop.

“Because it was a special permit originally and I remember being concerned about the flow on site, we’re being reasonable to ask you to look at this,” Alban said. “We would amend the approval. We discussed a consideration to amend approval and have staff look at what you propose. If there is an issue with staff, they will kick it back to us.”

Mr. Heagney noted there is a property in Cos Cob with a similar history. Chocoylatte, which opened this summer,  was once a gas station. Before becoming home to Chocoylatte it was home to commuter Cleaners.

“ARC really liked that there was a living fence there,” Mr. Heagney said.

There was also mention of Equinox fitness club on Old Track Road, which has a green wall.

At the end, the commission asked the applicant to work with staff at Town Hall on the application and left it open.