At the March Parks & Rec board meeting, Bruce Spaman, Parks & Trees Superintendent,  gave an update on the town’s fields. He said that at Greenwich High School, Parks & Rec is working with the Board of Education to replace the artificial turf in Cardinal stadium with “a little different infill.” The request for proposals went out and on Thursday morning there was a mandatory meeting scheduled for bidders at field at Cardinal stadium.

Greenwich purchased the artificial field in Cardinal Stadium 13 years ago. The field came with an 8-year vendor warranty.

A MoveOn.org petition titled, “Keep Dangerous Play Surfaces Out of Greenwich”  – Crumb rubber, made from ground up tires, contains known carcinogens. If it’s not fit for a landfill, it’s not fit our children to play on! – started by Greenwich Parents Against Crumb Rubber, is circulating online.

The petition, which calls for a moratorium on installation of crumb rubber infill for turf fields in favor of organic alternatives such as coconut, cork or GreenPlay, will be delivered to Town of Greenwich, Greenwich Board of Education, First Selectman Peter Tesei, Parks & Rec Director Joe Siciliano, Greenwich Schools Superintendent Bill McKersie and individual Board of Education members.

Though no study has shown a definitive link between playing on crumb rubber and any illness, manufacturers sometimes use misleading names. A company might call its product “organic” because it contains one natural ingredient like cork, but the bulk of it might be made from styrene, a known carcinogen.  Also, there are turf products that don’t call themselves “crumb rubber,” but are made from rubber, including new tires or other synthetic rubber sources.  Many of these products have the words “Green” “Geo” or “Eco” in their names. 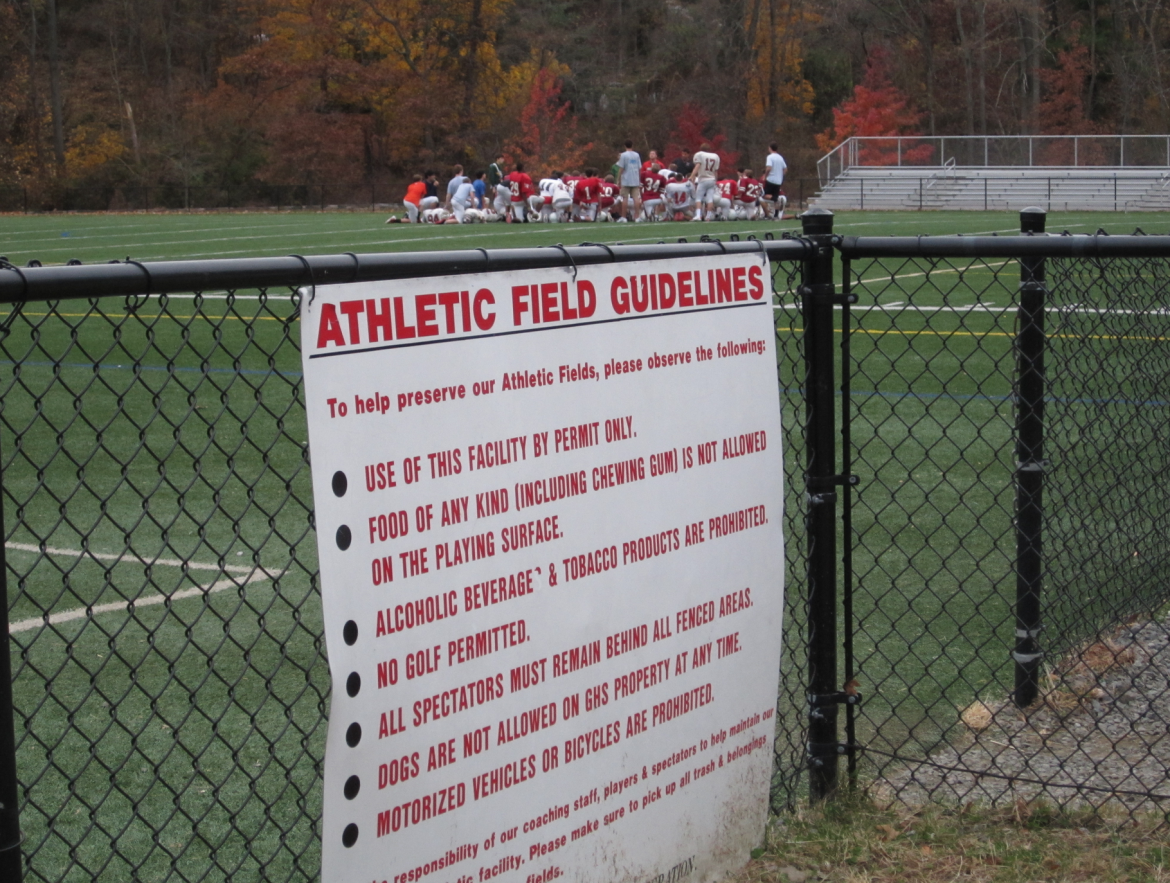