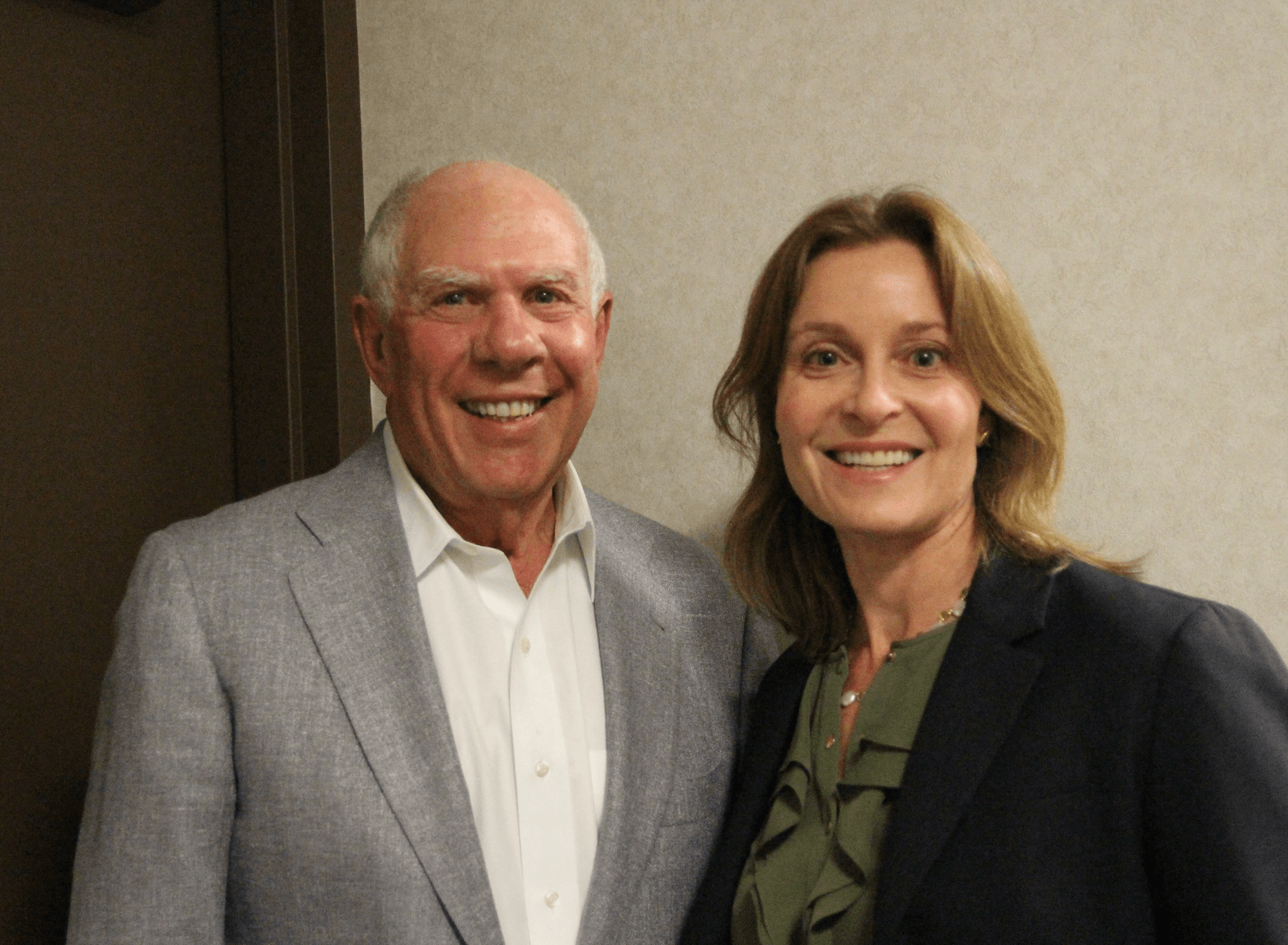 Democratic candidates for selectman and first selectman respectively, Sandy Litvack and Jill Oberlander in Greenwich Town Hall on Thursday afternoon as they filed paperwork with the town clerk. May 30, 2019 Photo: Leslie Yager

Democrats Jill Oberlander, running for First Selectman, and Sandy Litvack, running for re-election to the Board of Selectmen, on Thursday announced their campaigns and their intention to work together as a team.

“Like many other communities, Greenwich is at a turning point and faces important challenges that will affect our future and our children’s future. I want to be the First Selectman to help guide Greenwich into the future, Oberlander said.

“I am committed to maintaining the high quality of our schools and preserving access to our treasured recreational resources,” she added. She said in a statement released at 3:30pm that her campaign will also focus on environmental concerns and prioritizing smart government policies that support existing residents and attract businesses and residents to the Town. “Together with Sandy, I am confident we have the team to move Greenwich forward.”

“Greenwich is known for its sound financial practices, the quality of its schools and its overall character,” said Sandy Litvack in the release, adding, “I am eager to join Jill as we look to build on that foundation.”

Litvack said in order to continue improving, the Town must invigorate its local economy. “My years in the corporate world have taught me that in order to overcome challenges, we must address them directly and assemble he right team to achieve a goal. We have an abundance of that kind of talent in Greenwich, and Jill and I will work to take advantage of that talent to develop sound and effective solutions.”

Oberlander is the current Chair of Greenwich’s Board of Estimate and Taxation (BET) and will bring more than 20 years of government and private experience to the position.

Selectman Litvack is the former Vice Chairman of the Walt Disney Company and a awell-respected lawyer, having served in both the public and private spheres.

Together Litvack and Oberlander say they offer Greenwich a fresh approach to ensuring that the Town will preserve its historic character and reputation while meeting the current challenges head on.