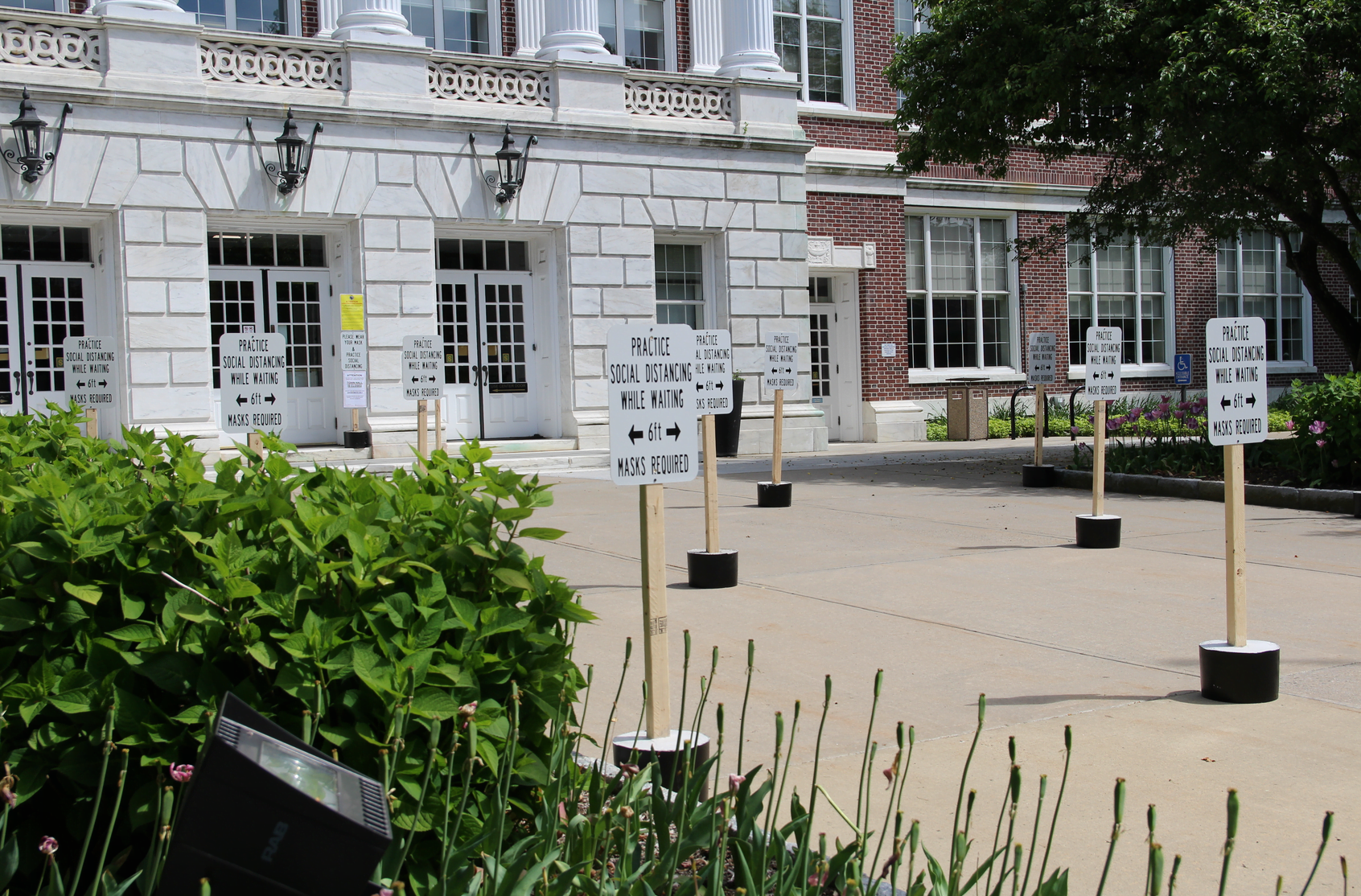 Greenwich Town Hall will open on Monday, June 1 by appointment only. Outside the building on Field Point Rd there is signage directing guests where to stand to socially distance and instructing them that masks are required.

On Wednesday during First Selectman Fred Camillo’s media teleconference, he said that up at the town golf course The Griff on King Street that Caren’s Cos cobber has opened an outpost called Cobber North.

“It’s a great place, with a great menu and great service,” he said, adding that tables, spaced out across the patio, afford a golf course view.

Camillo said he expected that in phase 2 of Reopen CT, Governor Lamont would likely allow restaurants to resume indoor dining with 50% of capacity.

He said the Town will soon expand hours that Byram Park and Tod’s Pt to 7:00am til 7:00pm.

More good news Camillo shared was that the hours at Cos Cob Park would soon be extended two hours, and that  doubles will soon be allowed on open tennis courts.

Camillo said the Town ferry boats to Island Beach and Great Captain Island won’t be ready to run on June 15 after all.

He explained that the boat repair yards have been shut down due to the pandemic, and maintenance may not be complete on the ferries until late June.