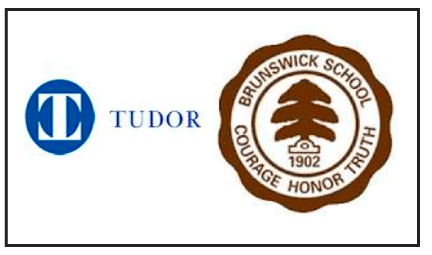 In Greenwich, Brunswick School is a step closer to expanding its King Street middle school program to the headquarters of  Tudor Investment Corp after the Planning & Zoning commission voted unanimously on Tuesday night to approve the application.

Brunswick plans to purchase the hedge fund’s 43-acre property across the street from its 1252 King Street Campus. Paul Tudor Jones plans to move his hedge fund headquarters from its King Street location in the first half of 2018 to a location in Connecticut that is closer to the Metro-North train line.

Brunswick’s attorney Thomas Heagney said the school hoped to open the campus on the former hedge fund headquarters in September 2018. “Tom Philip, the headmaster, has been clear that there will be no pedestrian crossing of the two campuses. It will all be done by shuttle bus,” Heagney said.

The purchase of the 43 acre hedge fund headquarters will result in a loss to the Town of Greenwich of $345,121.24 in property taxes.

The plan, which involves the campus straddling busy King Street, had hit a snag out of that concern for the impact on the intersection of King Street and Rye Lake Avenue, which feeds traffic to Westchester Airport and Interstate 684.

Specifically there was question whether it should be converted into a traffic circle.

On Tuesday night, Mr. Heageny presented a circulation plan for drop off and pick up.

Buses would enter from the southerly drive on King Street, discharge in front of the building and exit at the traffic light across from Rye Lake Ave. The bus entrance will be one-way during morning drop off and afternoon pickup. Two-way traffic would be maintained at all other times.

Parents would enter from the northerly driveway, drop off on the north side of the building and exit at the traffic light at the intersection with Rye Lake Ave.

In the afternoon, buses would queue in front of the building, where there is room for 11 full size buses.

Parents would queue on the north side of the building.

Brunswick will remove 12 parking spaces to allow for better circulation for parents.

The town’s traffic consultant asked for more pavement markings to show where walkways and crosswalks would be and better signage to show where students come in and out of the building.

P&Z director Katie DeLuca said on Wednesday morning on WGCH that the option of a traffic circle at the intersection of King Street and Rye Lake Ave been reviewed and considered in 2002, but instead of a traffic circle, a traffic light was installed.

“That has solved the problem, at least according to the traffic engineer hired by the school,” DeLuca said. Brunswick’s traffic engineer is Mike Galante of Frederick P.Clark Associates, Inc.

Mr. Heagney had referred to installation of a traffic circle as a solution in search of a problem.

Greenwich’s Dept of Public Works requested that the school operate at the expanded location for six months and provide a traffic evaluation to the town.

Dennis Yeskey asked the applicant’s attorney about the possibility of offering Greenwich Emergency Medical Service use of a building on the property.

“Last time you mentioned you were going to help out GEMS by giving them access to a building. Is that still the case?” Mr. Yeskey asked.

“I think what I said was that a member of the board of GEMS had approached me and the school about being able to utilize a building, and we were open to that, and would continue the discuss whether it was the right size and condition,” attorney Heagney replied. “We will continue to pursue that.”

With the condition that the applicant return after six months with a traffic evaluation following the middle school expansion, the application was approved. The school has permission to convert the existing office and residential units to “school use” on the combined 43.454 acre property in the RA-4 zone.

Voting were Richard Maitland, Margarita Alban, Nick Macri, Peter Levy and Dennis Yeskey who sat in for Andy Fox who recused himself.