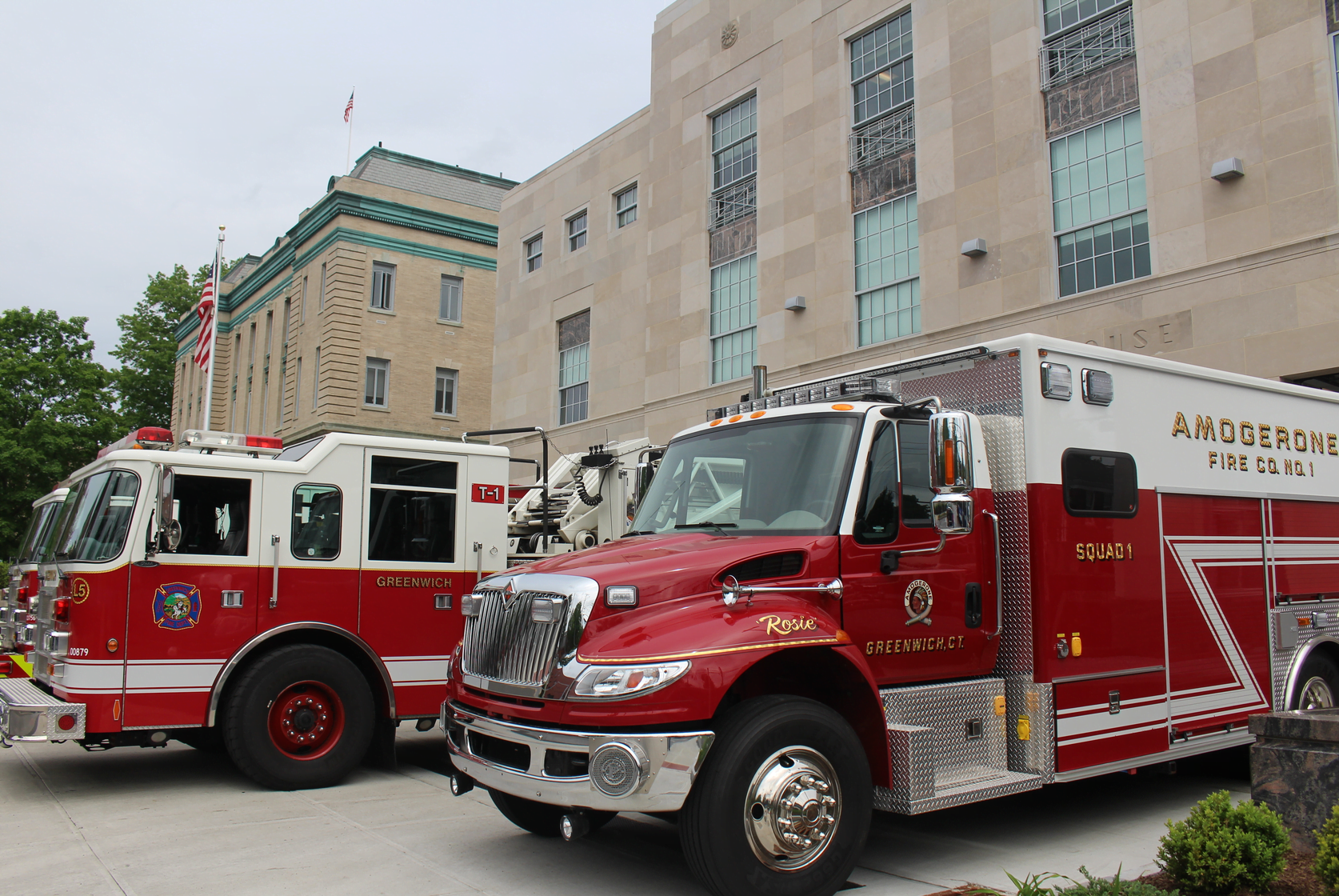 On Wednesday at about 10:50 am, Greenwich Public Safety Dispatch
assigned Greenwich Fire Engines 2 and Engine 1 to a residential automatic
fire alarm activation on Indian Field Rd in Cos Cob.

Upon arrival Greenwich Fire Dept Engine 2 reported heavy smoke throughout the
structure and requested additional units as they began to force entry to
search for occupants.

While conducting the primary search in heavy smoke conditions the members of Engine 2 located and successfully rescued a canine that was in a crate in the structure.

Engine 1 located the fire in the basement of the structure and began extinguishment.

There were no injuries at the fire and fire damage was limited to the area of origin with smoke damage throughout the structure. The origin and cause of the fire is under investigation by the Fire Marshals Division.

In all approximately 30 Greenwich Fire Dept members responded to the incident along with six pieces of fire apparatus.