Democratic registration in Greenwich has passed 10,000 voters for the first time, according to figures from the town’s Registrar of Voters.

“No longer can Greenwich be seen as a Republican stronghold,” said Tony Turner, chairman of the Greenwich Democratic Town Committee.

“This milestone culminates a trend fueled by demographic changes in Greenwich, increased concerns with Washington, preservation of quality of life and personal rights issues,and leadership by the entire Greenwich DTC,” Turner said.

“A significant factor is the Trump effect in recent years,” Turner continued. “There is a strong negative reaction to the flailing and destructive President and Trump administration in Washington.”

Turner said voters had responded positively to the strong slate of Democratic candidates in the local 2017 races and when they also expressed dissatisfaction with local government and the chaos in Hartford.

In November 2017, Democrats took control of the BET (Board of Estimate and Taxation) for the first time, elected a Democrat as Tax Collector and drastically narrowed the winning margin of the Republican First Selectman.

Turner said he is confident the robust movement to Democrats will continue citing strong candidates in the federal, state and legislative races this year. Since January 2018, 344 voters were added to the Democratic rolls.

This compares to a loss of 148 Republicans and a gain of 145 for unaffiliated.

“We believe in the current partisan atmosphere the Republican Party has abandoned its principles as it focuses solely on getting elected and not solving the problems. In this environment, our nation and state are regressing and voters are demanding change,” Turner said. “While surpassing 10,000 registered Democrats is a significant milestone, we will continue our efforts to get out our message, fight for our values and principles, increase registration and elect our candidates.”

Greenwich Democrats Sworn in as Chair, Vice Chair and Clerk of BET 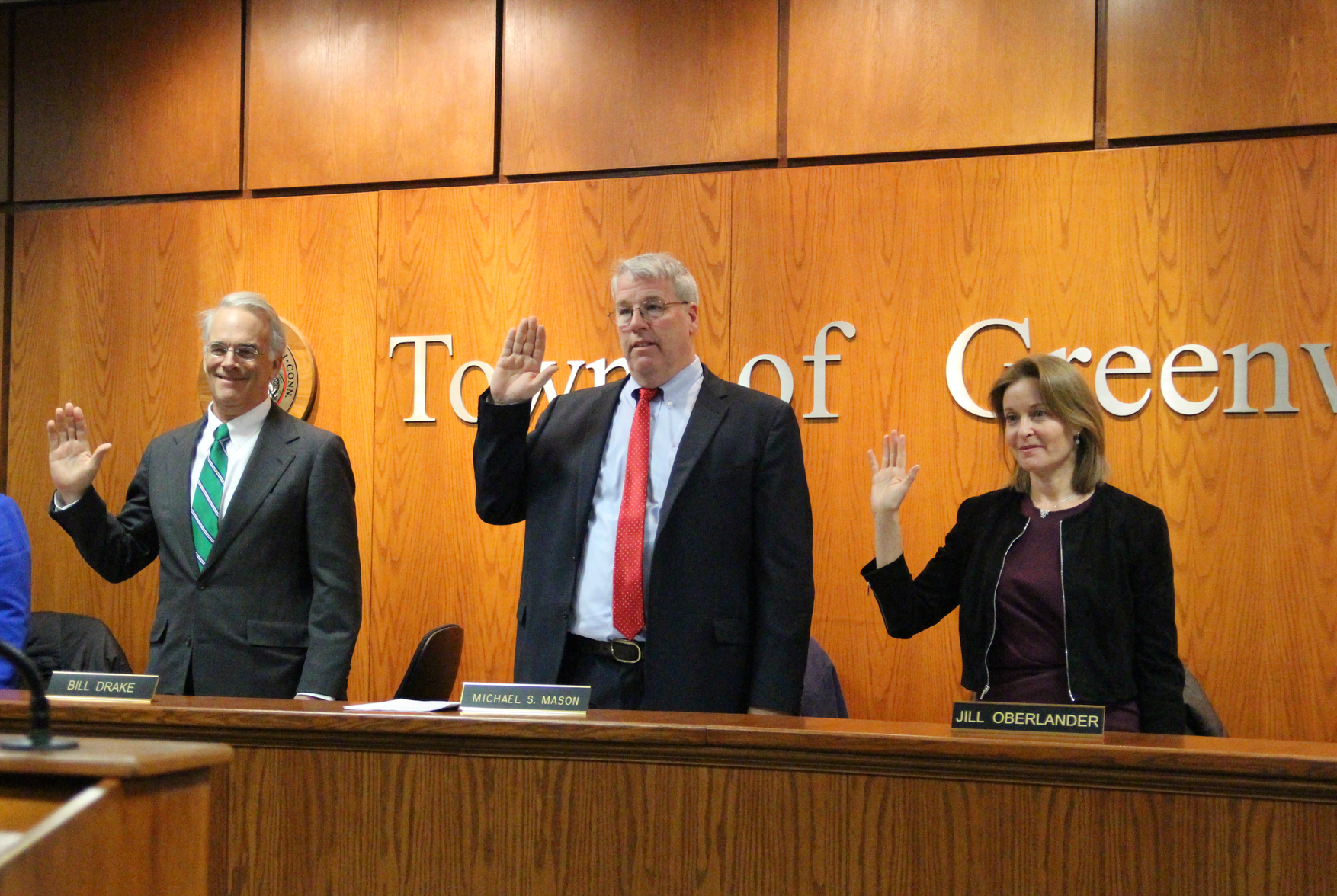 For the first time in collective memory a Democrat, Jill Oberlander, was sworn in as chair having been the top vote getter in the Nov 7 municipal election with 6,916 votes.