Members of the BET were sworn in and officers for the 2018-2019 term were elected on Monday.

For the first time in collective memory a Democrat, Jill Oberlander, was sworn in as chair having been the top vote getter in the Nov 7 municipal election with 6,916 votes. The top vote getter for Republicans in November was Leslie Tarkington with 6,669 votes, which is notable because she had been passed over for endorsement by her party  and had to petition her way onto the ballot for an August primary she triggered at the expense of Nancy Weissler. (August primary votes: Debra Hess 1,324, Michael Mason 1,240, Andy Duus 1,150, Leslie Tarkington 1,112, Karen Fassuliotis 1,061, Bill Drake 1,051, and Nancy Weissler 1,017).

Town Clerk Carmella Budkins swore in the 12-member board which is comprised of 6 Democrats and 6 Republicans. 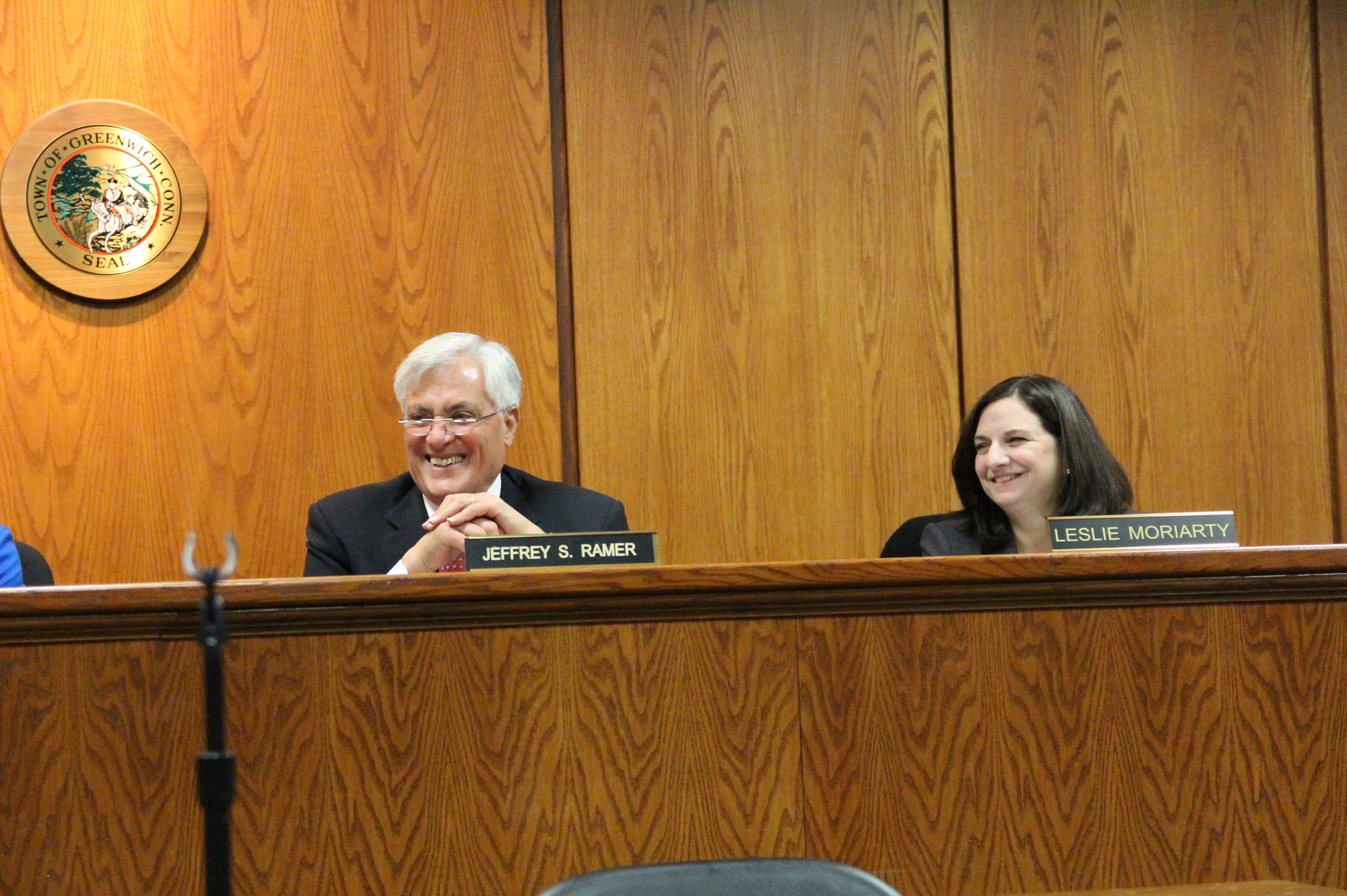 The first order of business was electing a chair to replace Michael Mason, who nominated Jill Oberlander. The votes was 12-0 in favor.

“Madame chair has a nice ring to it,” said BET member Jeff Ramer.

What is unique about the BET chair is her ability to make key committee assignments and break ties.

“You have no idea what you’re in for,” Mason joked, as he nominated Ms. Oberlander, which was seconded by Mr. Ramer. After the unanimous vote, he said, “You’re up. You don’t mind if I snore, do you?” he said with a smile before turning the microphone over to Ms. Oberlander.

Ms. Tarkington nominated Jeff Ramer for Vice Chair. She said Mr. Ramer has been a member of the BET for 10 years and has served on the budget committee for 6 years, and on the law committee which he chaired for 4 years.

“In other words, Jeff is very well rounded and has tremendous experience on the BET,” Tarkington said. 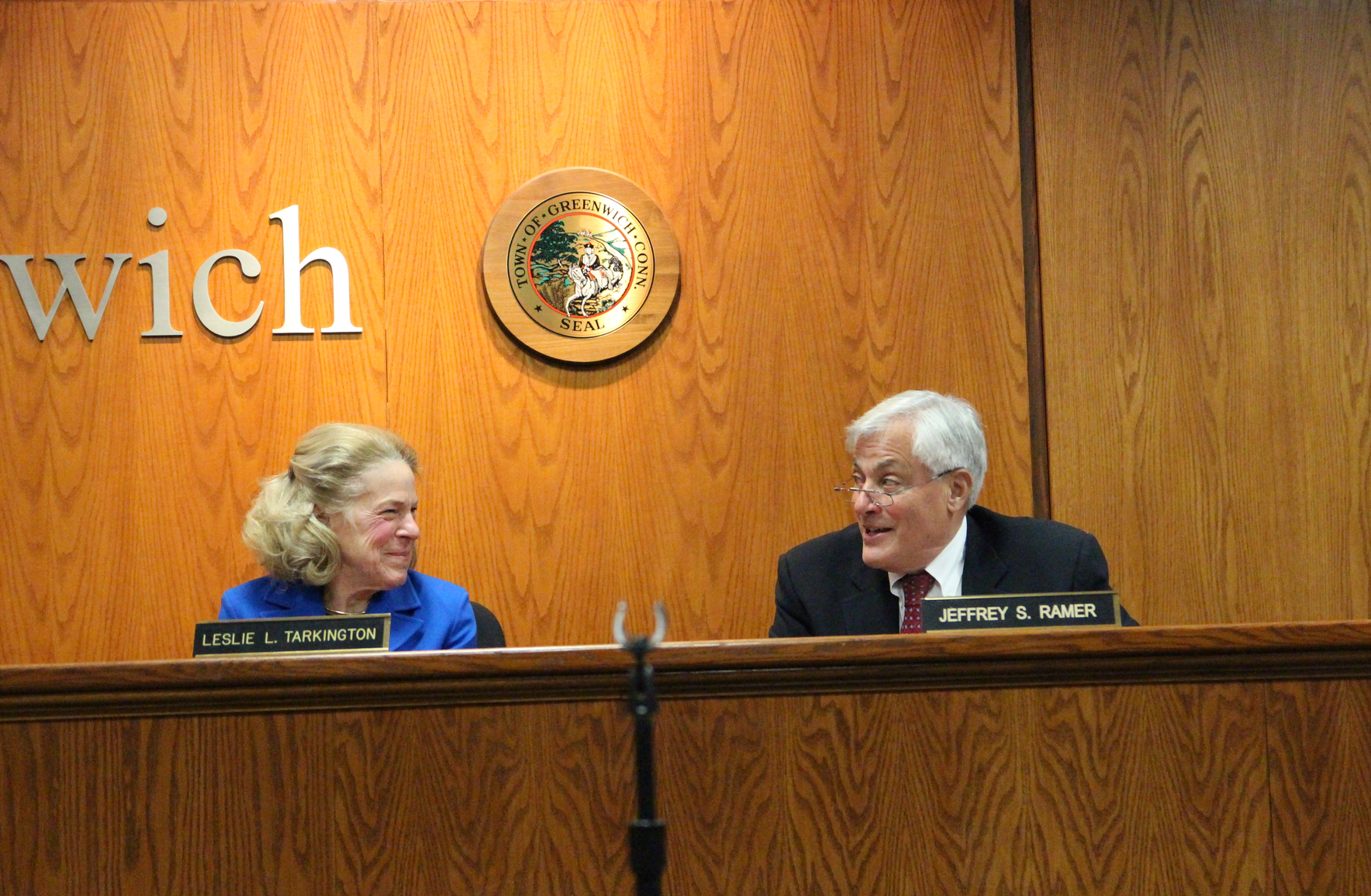 Next, Leslie Moriarty nominated Beth Krumeich as clerk of the BET.

“Beth has proven herself to be a hard working member of this board. She brings experience both from her work on our board, the law committee, the HR committee, as well as her experience on on several other boards. Her good judgement and diligence will certainly serve this board well,” Moriarty said. 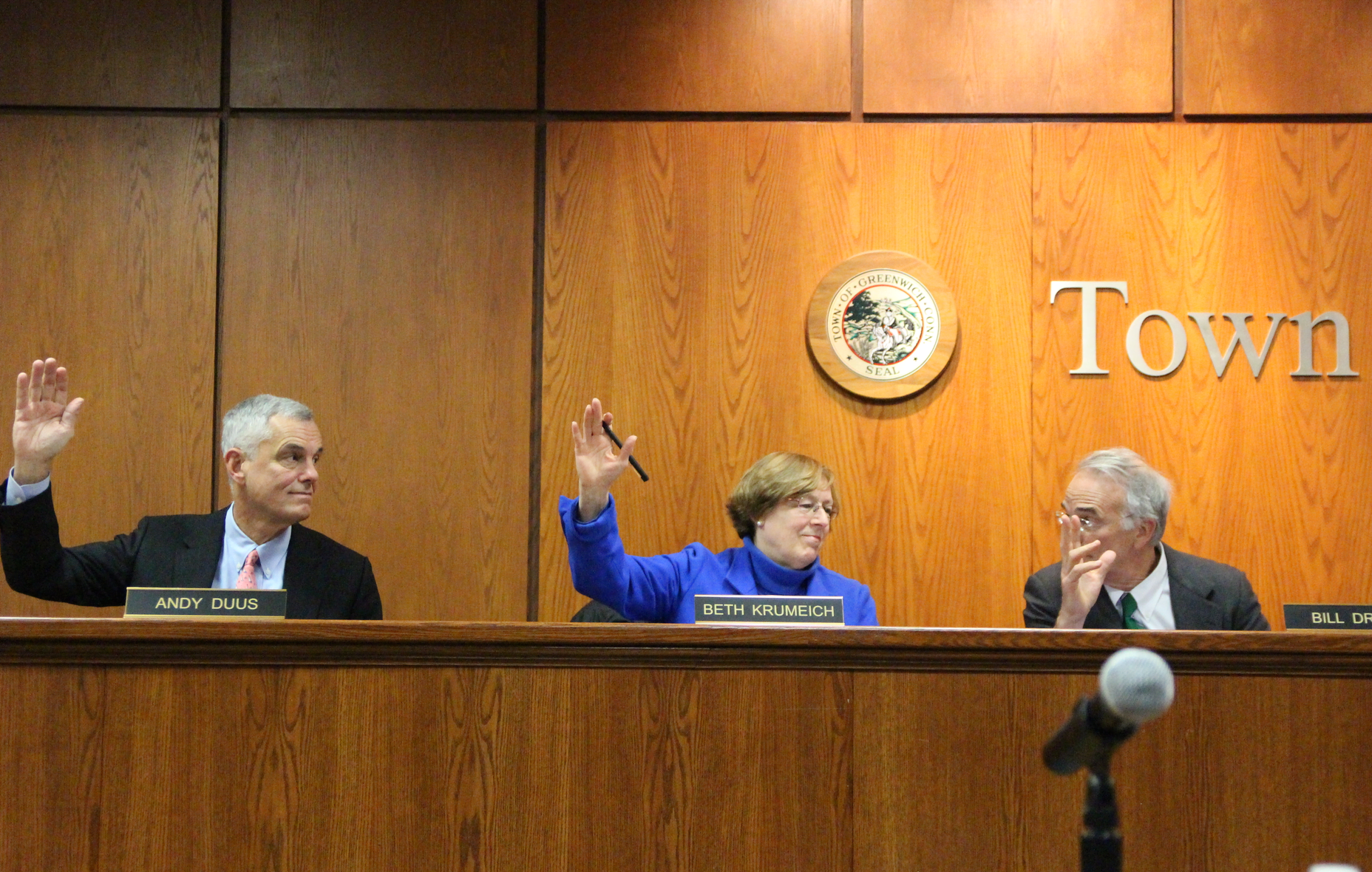 Next, Ms. Oberlander read aloud a list of committee assignments as follows:

Ms. Oberlander asked Mr. Ramer and Ms. Tarkington to continue in their roles as liaisons to the Assessor’s office.

For the Community Development Block Grants, she asked David Weisbrod and Bill Drake to serve.

For the CIP Capital Improvement Project to start with the next year’s effort, Oberlander asked Jeff Ramer and Bill Drake to serve.

Ms. Oberlander and Mr. Mason will serve as liaisons to the Comptroller and Finance Department.

The liaisons to Dept of Public Works will be Leslie Moriarty and Leslie Tarkington.

The liaison to Education will be Leslie Moriarty, who is a former Board of Education chair, and Debra Hess.

Liaison for Information Technology will be Tony Turner and Debra Hess.

Liaison to Nathaniel Witherell will be Beth Krumeich.

Liaisons to Parks & Rec and will be Jill Oberlander and Karen Fassuliotis.

Liaisons to public safety will be David Weisbrod and Michael Mason.

Liaisons to the Retirement Board will be David Weisbrod and Andy Duus.

Nathaniel Witherell special project committee, which Oberlander said has essentially finished up its work and will be presenting its report to the BET next week, recommends encouraging the new BET to continue the team.

Lastly, David Weisbrod and Andy Duus were named to serve on a new special project team, which will focus on the impact on Greenwich  residents of state budgetary concerns and federal tax reform legislation, as well as other issues that may impact the work of the BET.

“I think all of us know that all of these issues are important to our work and to our residents,” Oberlander said. 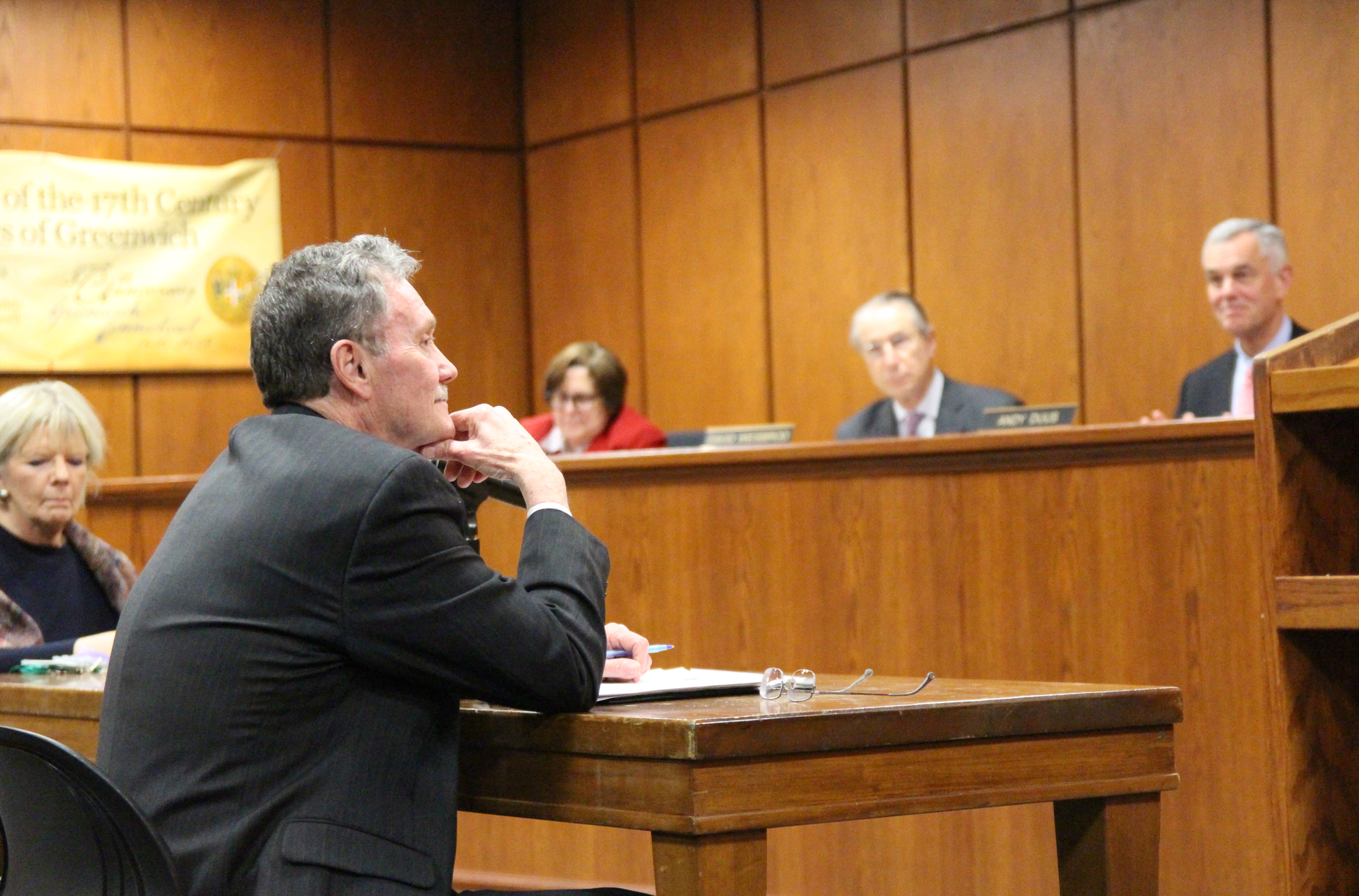 Peter Mynarski was voted in for a two year term by the BET on Jan 8, 2018 Photo: Leslie Yager

Mr. Mason offered a resolution that the BET appoint Peter Mynarski as Greenwich’s Comptroller for a 2-year term effective immediately, and terminating on the date of the first meeting of the BET in January 2020.  Mr. Mynarski was voted in 12-0.

Lauren Elliott was voted in as Assessor unanimously for a 2-year term effective immediately, and terminating on the date of the first meeting of the BET in January 2020.

Mr. Mason, outgoing chair of the BET welcomed new members. “We have a monumental task in front of us. I look forward to collegiality and working with everyone,” he said.

Ms. Oberlander said she was grateful to her colleagues for accepting her in the chair role.

“I want to thank Mr. Mason for his many years of service to the town and particularly the six years as chair. The courtesy he has shown me over the last year, and the bipartisan way he has run the board, and the constant fielding of my telephone calls, questions, and advice can’t be underestimated,” she said.

After the meeting was adjourned, Mr. Mason said the board has traditionally been bi-partisan and he expects that will continue. Also, he noted that the BET has only had only about 135 members in 100 years.

Post Election: Is Greenwich a model for CT towns, or candidate for “election results hall of shame”?