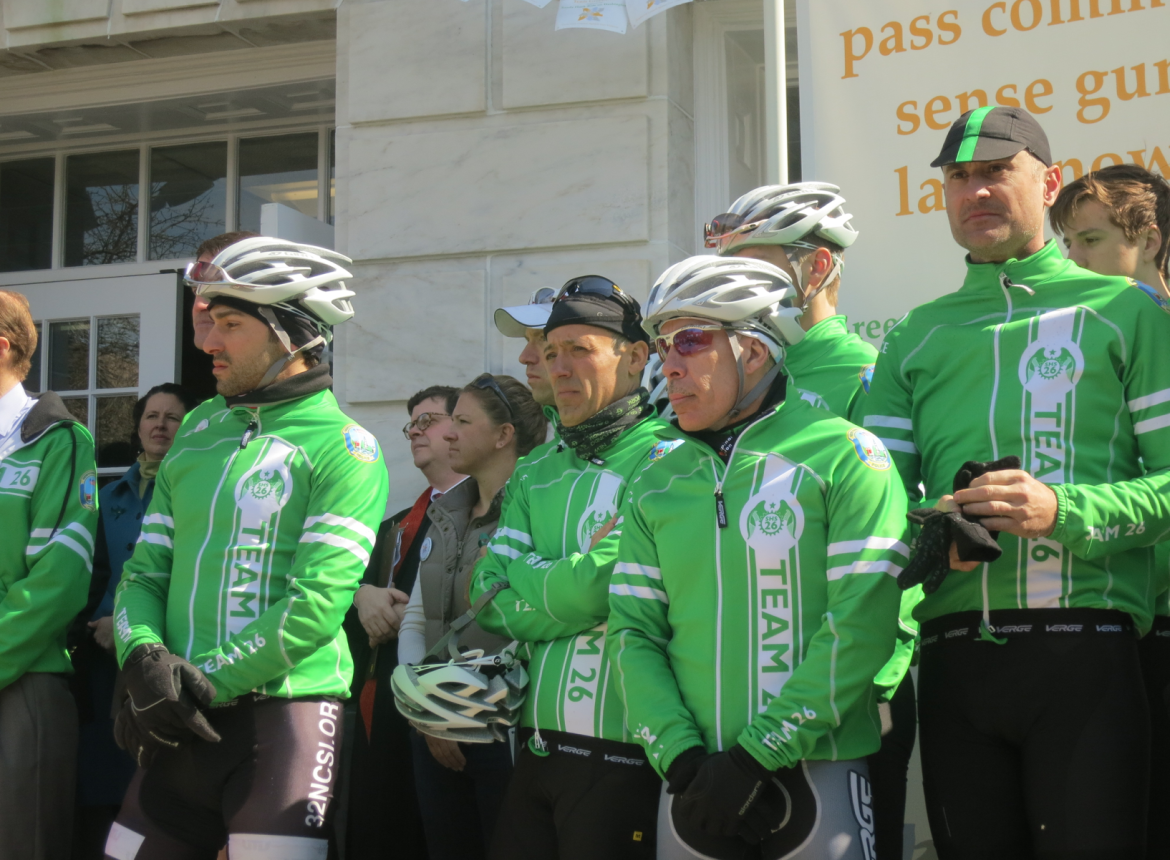 For the past two years, 26 cyclists known as Team 26, have biked the 400-mile ride from Sandy Hook to Washington, DC to raise awareness for common-sense gun safety laws and to honor victims of gun violence.

On Saturday, the team of cyclists will for the third year embark on their Sandy Hook Ride on Washington in an effort to encourage Congress to strengthen the nation’s gun laws. The cyclists will again stop in Greenwich at Town Hall to participate in a rally for gun safety. 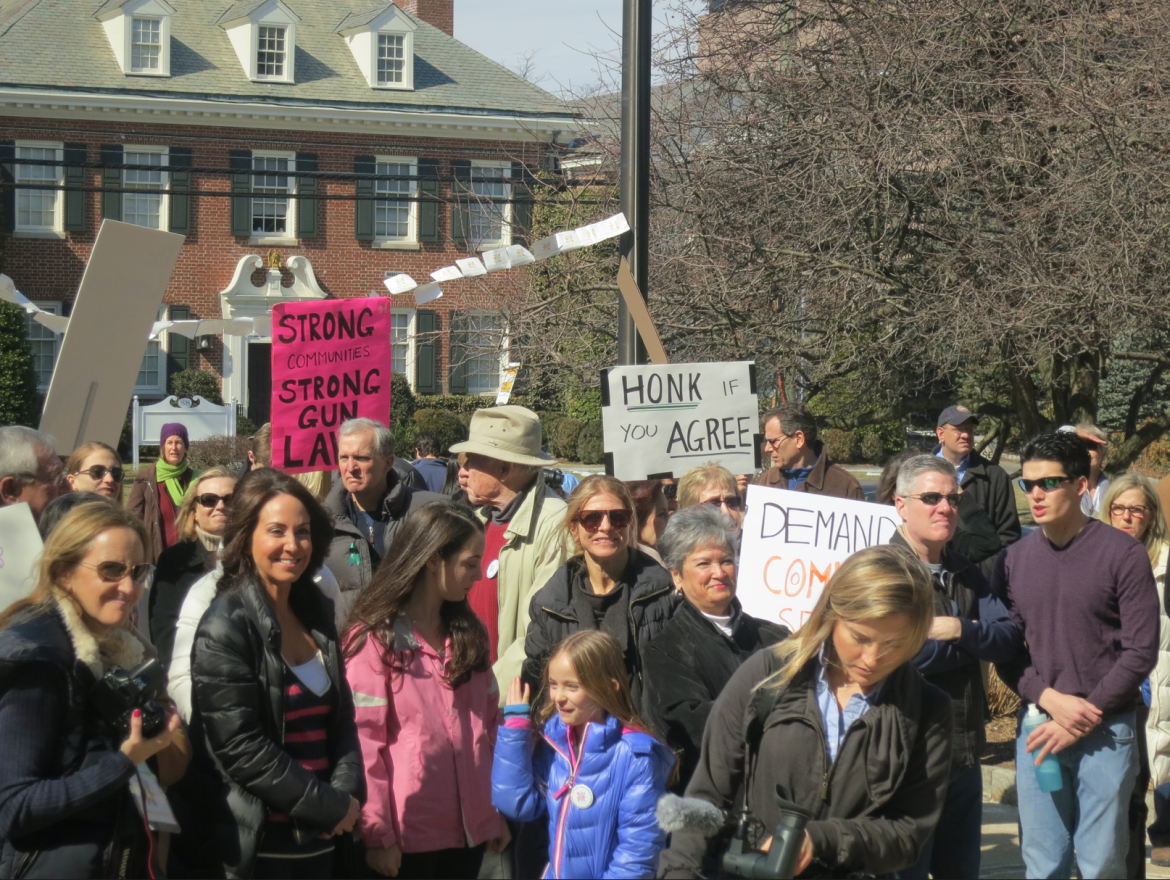 This is the second year that the Greenwich Council Against Gun Violence will host the rally for Team 26, who will make a stop on their journey to Washington. The rally is at Greenwich Town Hall on Saturday March 28, 12:30-2:00pm.

This year the rally will be held in partnership with Stamford-based The ENOUGH Campaign and the Brady Campaign Southwestern CT Chapter. Together, the three grass roots advocacy groups have more than 2,000 supporters in Fairfield County and beyond. Also supporting the effort is the leading statewide gun safety advocacy organization, CT Against Gun Violence. 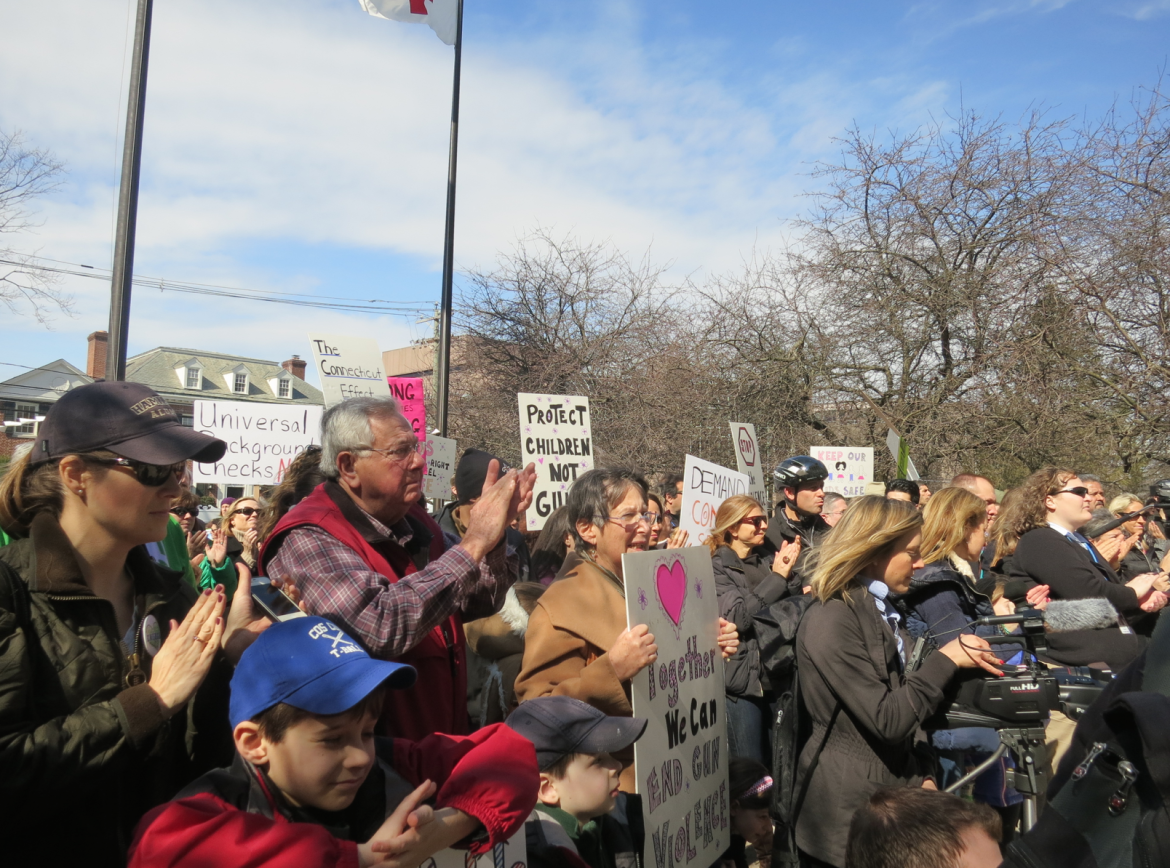 Also, Rev. Maxwell Grant, Senior Minister at The Second Congregational Church of Greenwich will lead a moment of silence in memory of victims of gun violence.

“In 2013 Connecticut reacted to the Sandy Hook School shooting swiftly and smartly by passing gun safety reforms to make our communities safer. But two years later, Washington continues to be paralyzed by the gun lobby,” said Jonathan Perloe, a leader of the Greenwich Council Against Gun Violence and Rally organizer.

“Worse than doing nothing, Congress is now considering legislation that would force every state to allow virtually anyone to carry a loaded, concealed gun in public.  That would mean convicted felons, domestic abusers and other dangerous people from Florida and other states with lax gun laws could legally and secretly carry their guns in Connecticut.” – Jonathan Perloe of Greenwich Council Against Gun Violence rally organizer. 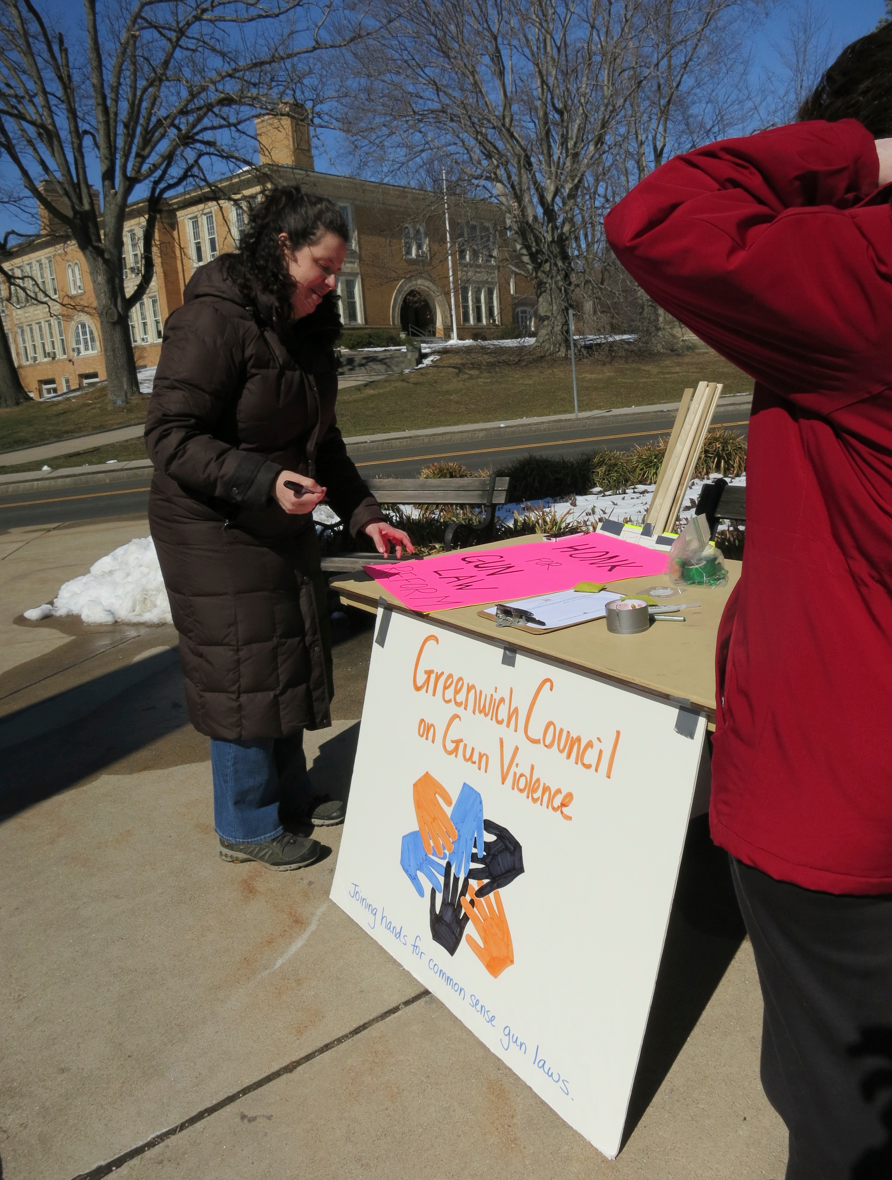 “The rally will allow Greenwich, Stamford and neighboring communities to show their unwavering support for measures that reduce gun violence,” said Liz Perry, founder of the Greenwich Council. “Participants will also demonstrate that they stand behind our state and federal legislators who are working so hard to reduce gun deaths in Connecticut and across the nation.” 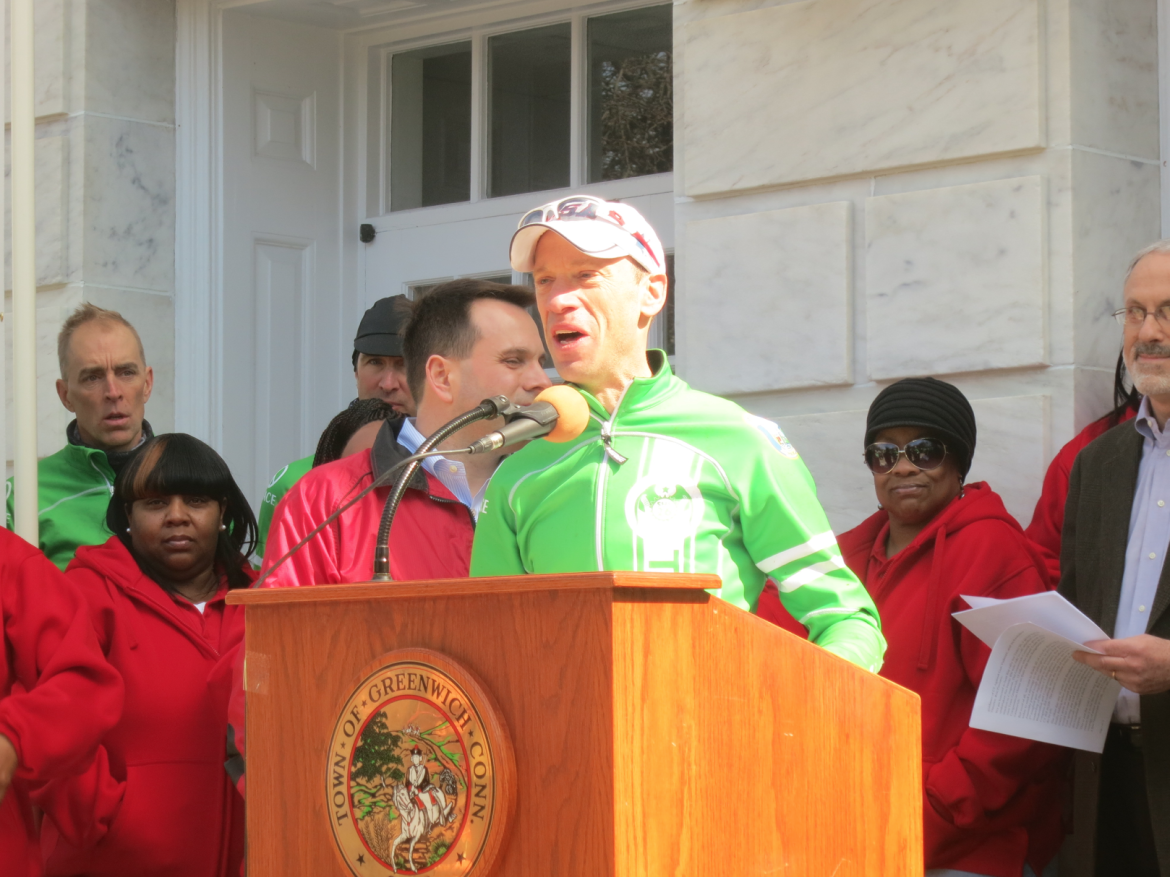 The Sandy Hook Ride on Washington was conceived by Monte Frank, a Sandy Hook resident and gun violence prevention activist. “Team 26 is looking forward to stopping in Greenwich en-route to Washington to stand with all of the gun violence prevention groups and individuals,” said Mr. Frank. “They are working so hard to bring awareness to the gun violence epidemic that plagues our country and to press for common-sense solutions that are proven to save lives.”