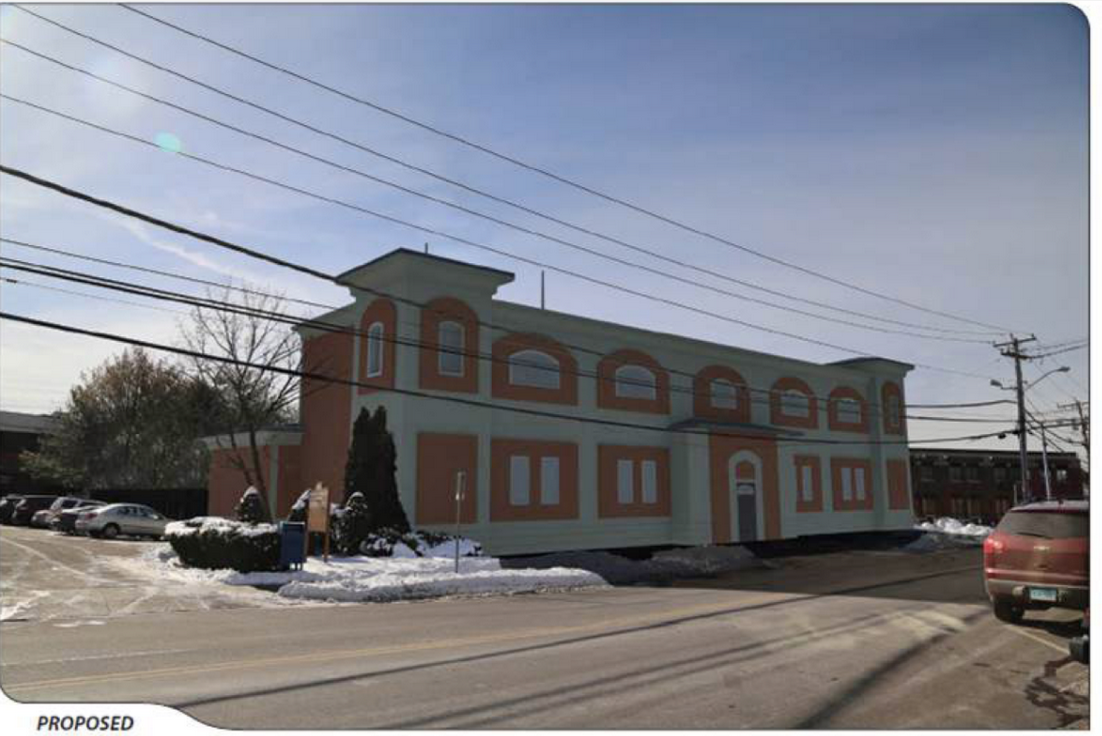 Eversource hired an architect at the advice of Greenwich’s Architectural Review Commission (ARC), but on Wednesday night the architect was nowhere to be seen.

Wherever he was, his ears must have been ringing because the ARC was not impressed. 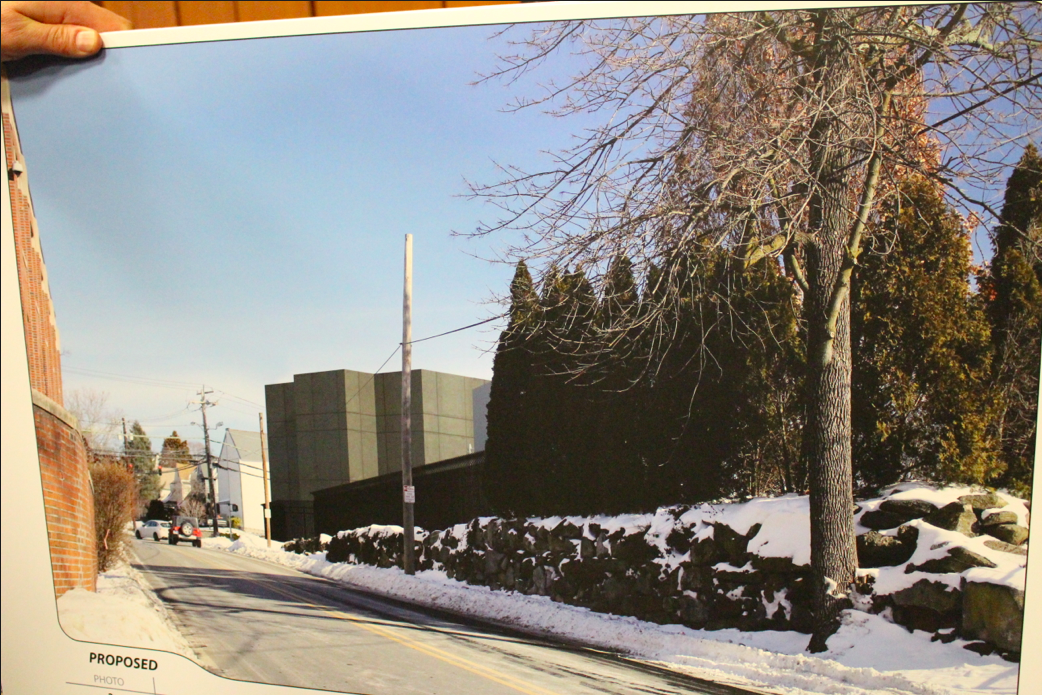 Eversource’s original rendering of proposed building, which measured 120 ft by 50 ft gray building, with a height of 35 ft.

Back in early March, ARC blasted Eversource on the aesthetics of their rendering of the building that will replace the warehouse they sublet to Pet Pantry.

A member of the committee described the building was “an assault on the intersection.”

On Wednesday night, Kate Shanley, manager for transmission, said several changes had been made, including setting the building back further from the road to accommodate landscaping. She said the siding was changed to a brick veneer and that there was variation in the roofline. 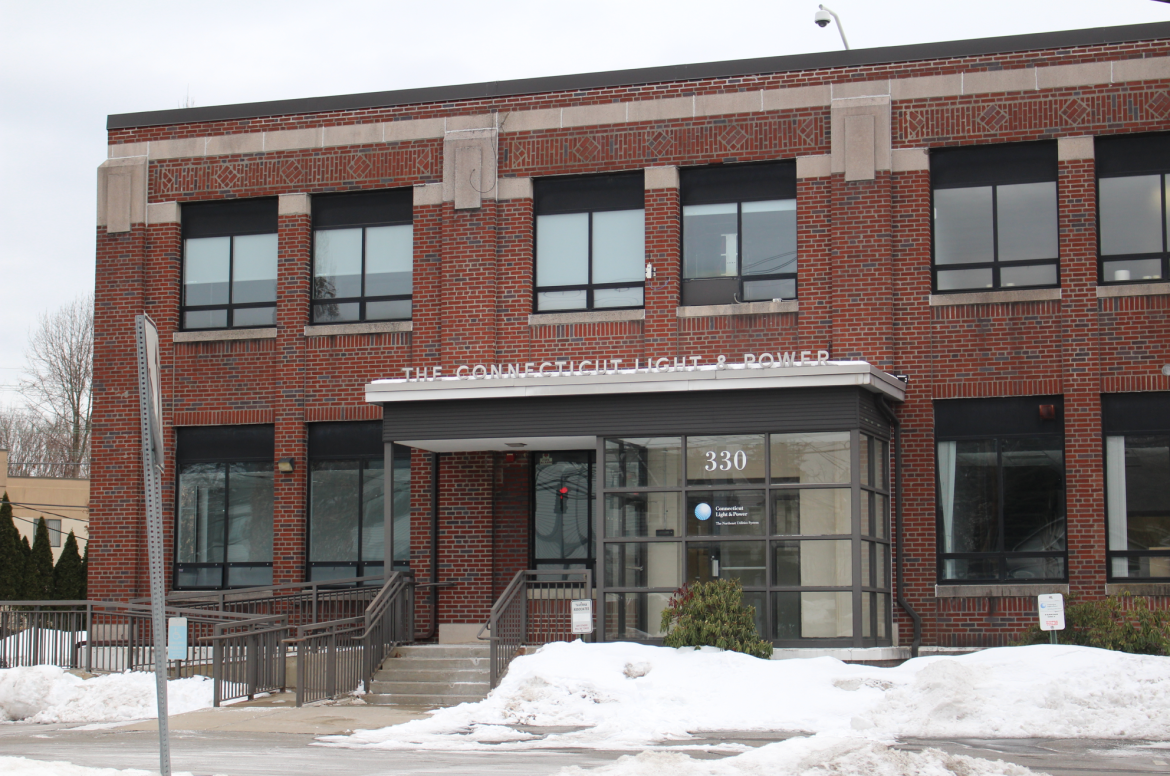 The building at 330 Railroad Ave that Eversource refers to as their “work center,” will become the new home of Granoff Architects. Mr. Granoff said “It is a work of architecture and whatever goes across the street should be inspired by this.” Credit: Leslie Yager

Earlier in the evening, the Eversource open-house downstairs in the meeting room, drew an inquisitive crowd.

“They’re asking informed questions,” said Frank Poirot, the Eversource spokesperson. “They have a healthy sense of skepticism,” he said, adding that if there are any revisions to the proposal, it’ll go through the Siting Council.

Also, at the open house, a representative of Eversource said the windows visible on the revised rendering are actually real, but they do not open.

Also, she said the concrete appears pink in the rendering, but won’t actually be pink. As for the brick veneer, the bricks are will be real. Lastly, she said no landscaping appears in the rendering because it will be tricky to select plantings whose roots won’t interfere with the transmission lines coming into the building. She said the situation was unique and until they research the right plantings, they hesitated to guess on what they might look like.

After the update from Eversource, around 9:30pm, the ARC members politely dispensed a barrage of criticism.

“It looks like an abandoned hotel. And I’m being nice,” Paul Pugliese said. He said the small residential-looking door at the front looked out of place.

When Eversource was asked if their architect was present, the answer was no.

“He’s too embarrassed to be seen,” Mr. Deck said.

“It looks like a cartoon of a building,” Mr. Contadino observed.

“It wouldn’t even fit in a strip mall in Florida,” another ARC member said. 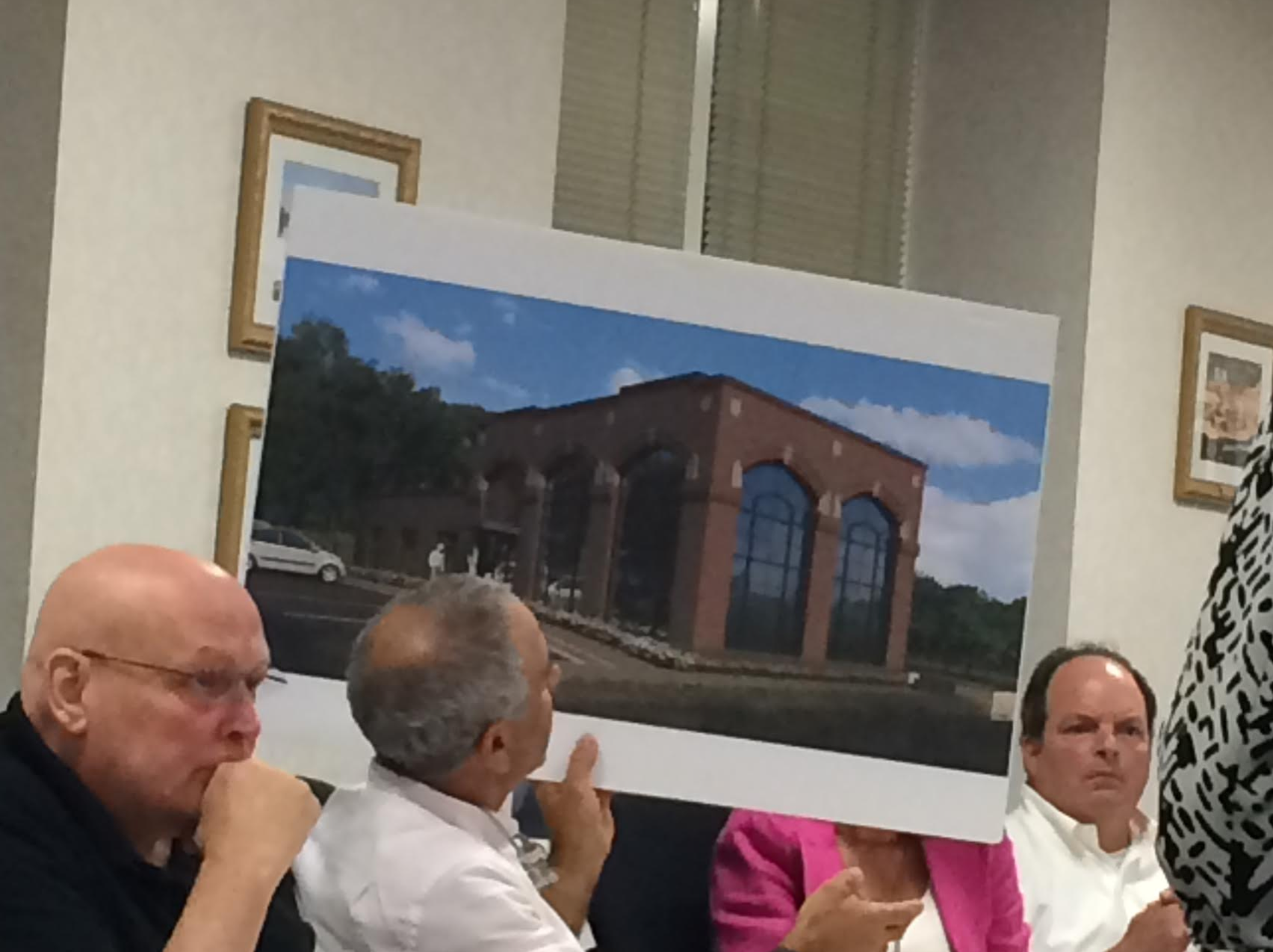 Mr. Pugliese shared a photo of an attractive looking utility building in Greenwich at 209 River Road extension. (Across from Louis Restaurant). It was constructed as a power station for the railroad at the turn of the century. The river at the dam used for cooling. Credit: Leslie Yager

Mr. Pugliesi shared a photo blowup of a utility building with large windows and red bricks, as an example of what the ARC had hoped for.

In fact, back in March ARC said Eversource’s “work center” at 330 Railroad Ave, built in 1928, had some nice architectural elements an architect could mimic.

Mr. Pugliese said the ARC would like to see proposed landscaping and asked that Eversource to follow up with drawings versus renderings. Another request of Eversource from ARC was to keep in mind that Field Point Road is just as important as Hamilton Ave, which has been the focus of conversation to date. 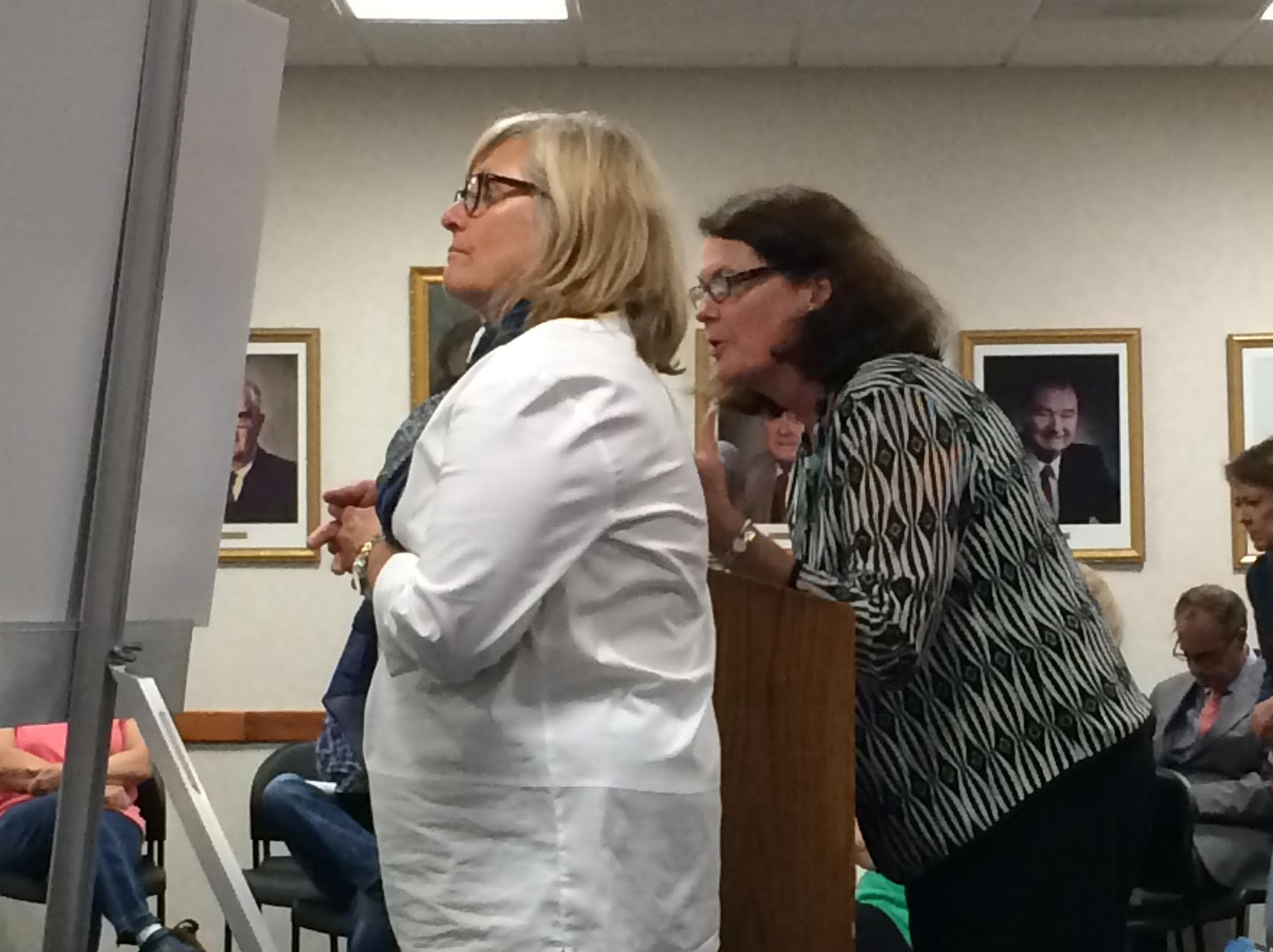 After ARC lambasted Eversource, residents had their turn. 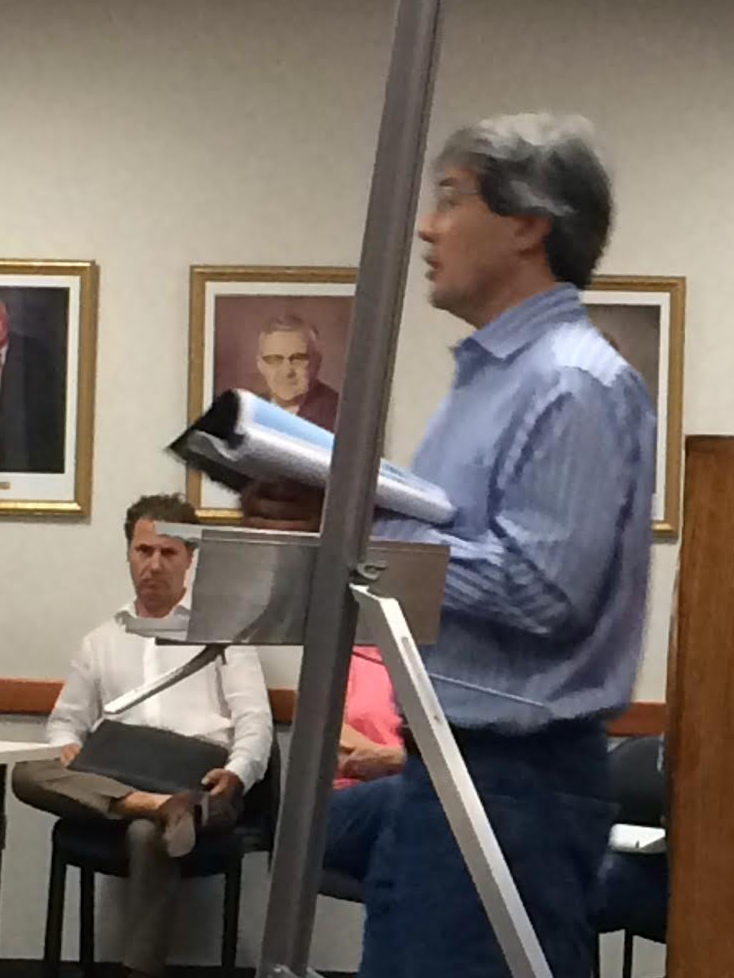 Dwight Uedo likened Eversource’s rendering to an MVP sex shop in Hartford. In background, Richard Granoff waited to speak. He said he intends to locate the offices of his architectural firm to 330 Railroad Ave, the former home of CL&P. Credit: Leslie Yager

“It looks like  a sex shop,” Dwight Uedo exclaimed. Mr. Uedo said the rendering reminded him of an Very Intimate Pleasures adult entertainment store he had seen in Hartford.

Mr. Uedo, Nancy Matthews, Joan Stewart Pratt, and Christine Edwards, are part of a group formed along with the owners of Pet Pantry called GASP, short for Greenwich for an Alternate Substation Placement.

“I am moving my new offices to 330 Railroad Ave,” Richard Granoff said. “It’s the future Granoff Architects building,” he said. “It is a work of architecture and whatever goes across the street should be inspired by this,” he said.

And yet, at the end of the day, the exercise may have been futile. Eversource representatives said their the application is in the hands of the Connecticut Siting Council.

If they accept the application, they will schedule a public hearing in Greenwich at the end of the summer.  At that hearing, members of the public will have a chance to step up to the podium and voice their opinions to the five-member council. 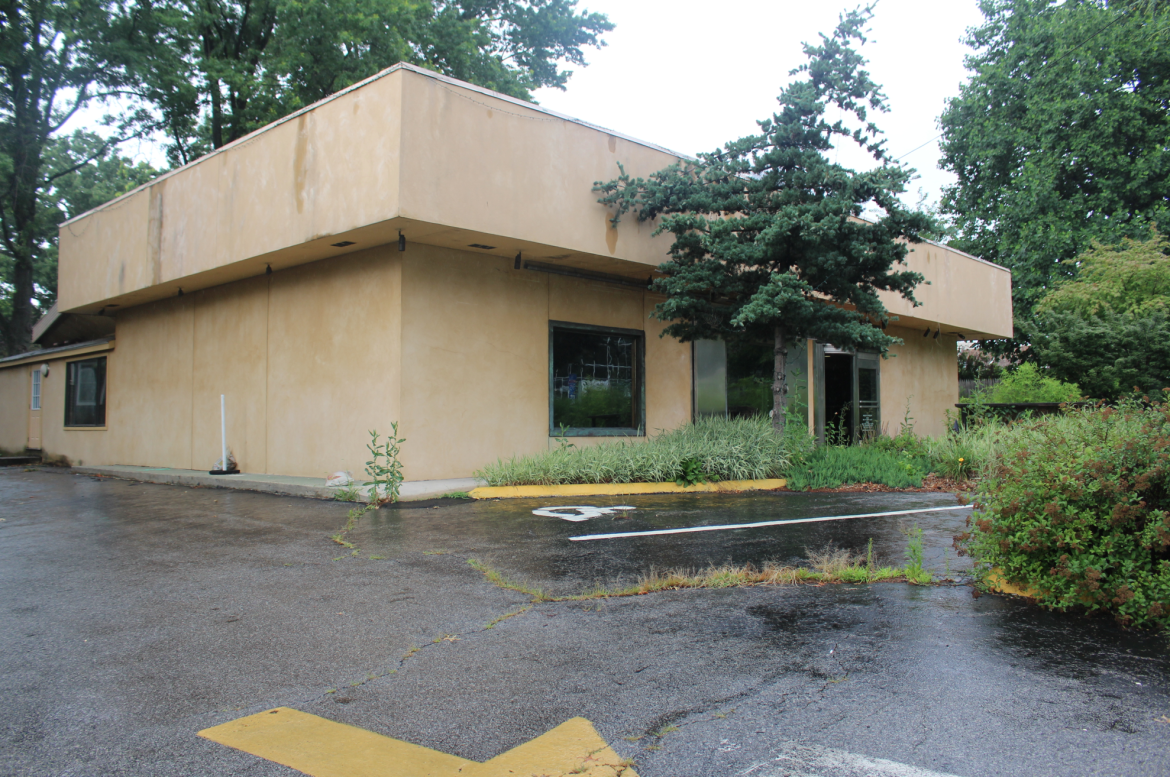 1191 East Putnam Ave was purchased by Pet Pantry. They intend to add a second story to the abandoned restaurant. Credit: Leslie Yager 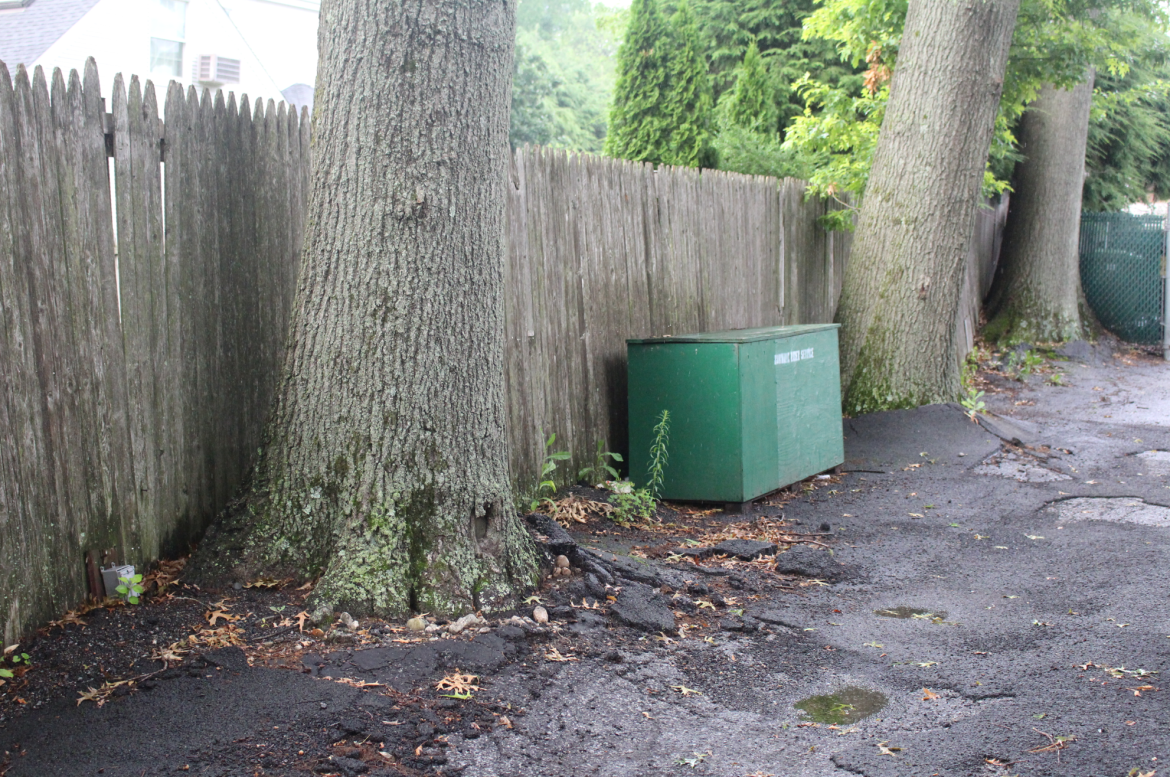 Asphalt pavement in the parking lot of the former restaurant Baang goes right up to the tree trunks. Pet Pantry plans to remove the three trees, which they say are a hazard to the neighbors on Neil Lane. Credit: Leslie Yager

Earlier in the ARC meeting Pet Pantry got the green light from ARC to move forward in their plans to add a second story to their outpost at 1191 East Putnam Ave.

They plan to remove three mature trees near the property line, which they said neighbors on Neil Lane view as a hazard. The owners of Pet Pantry said they plan to replace the landscaping. 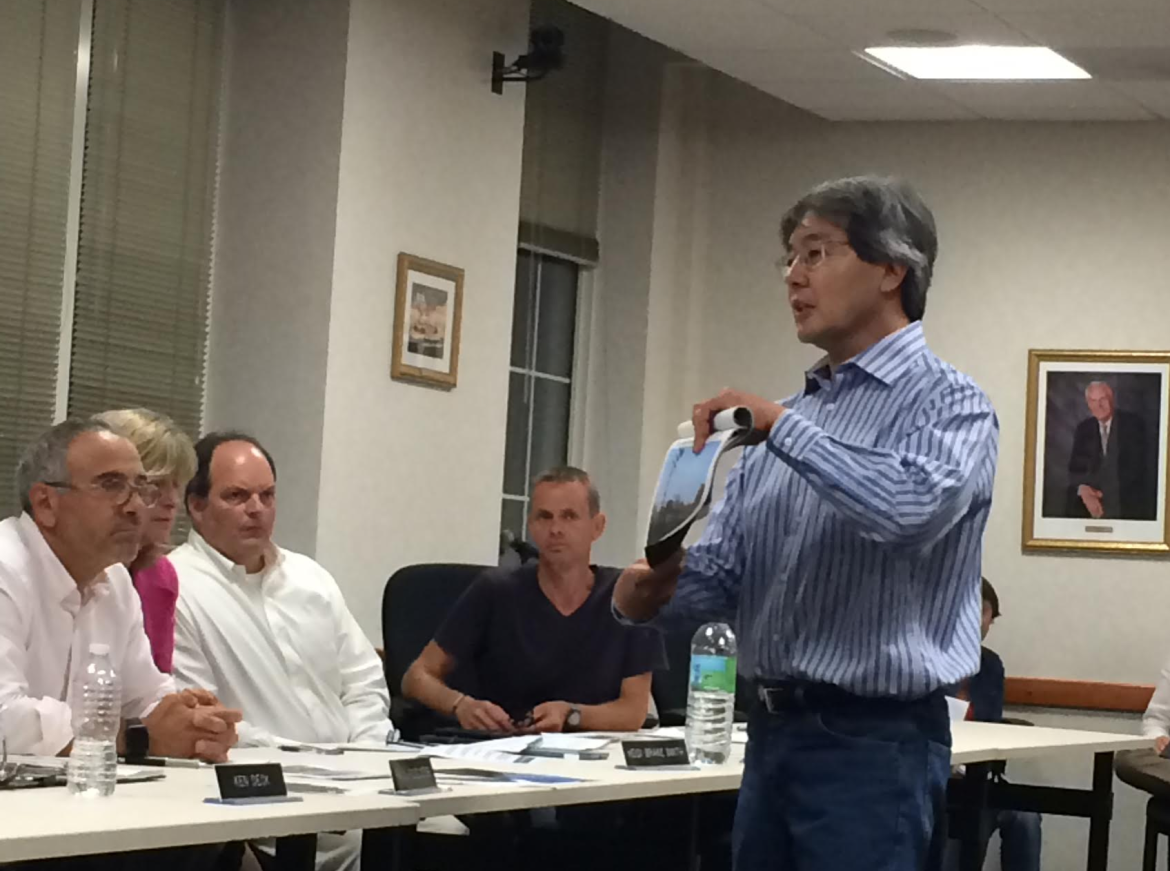 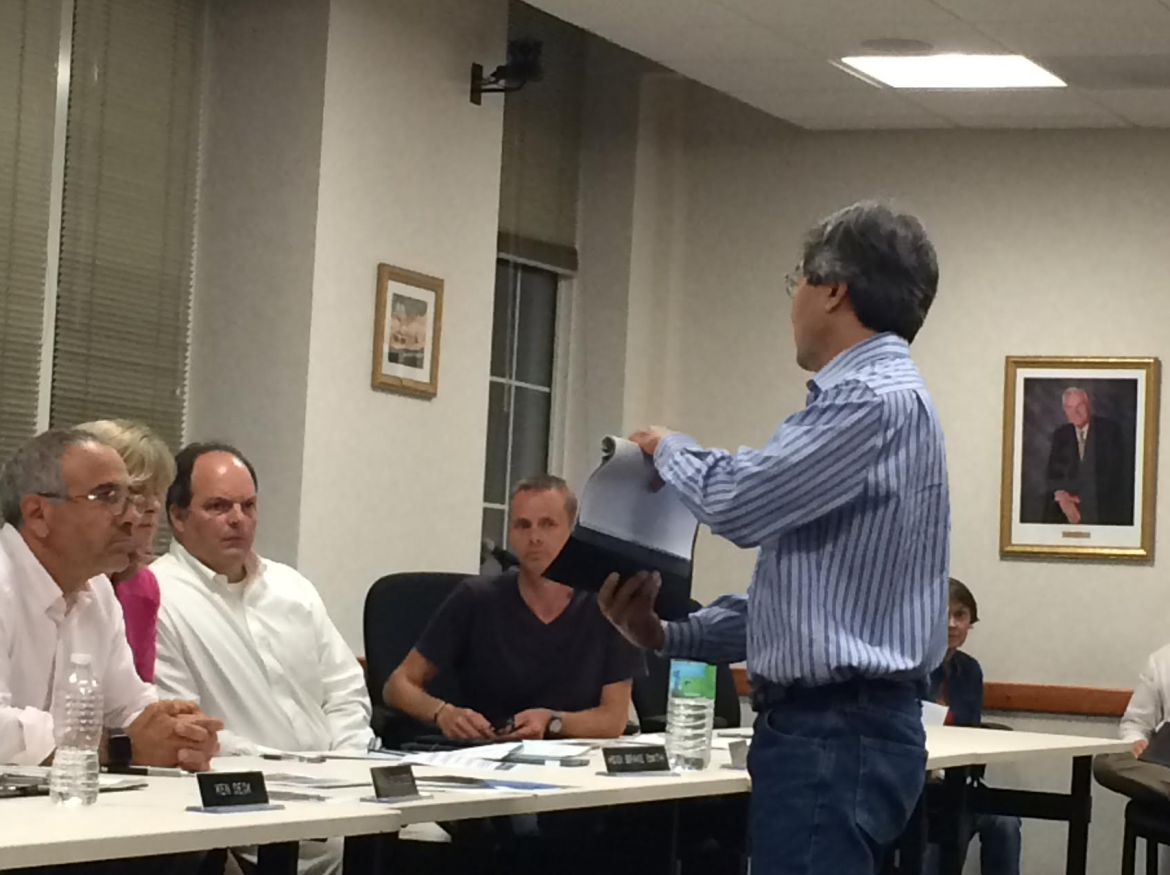 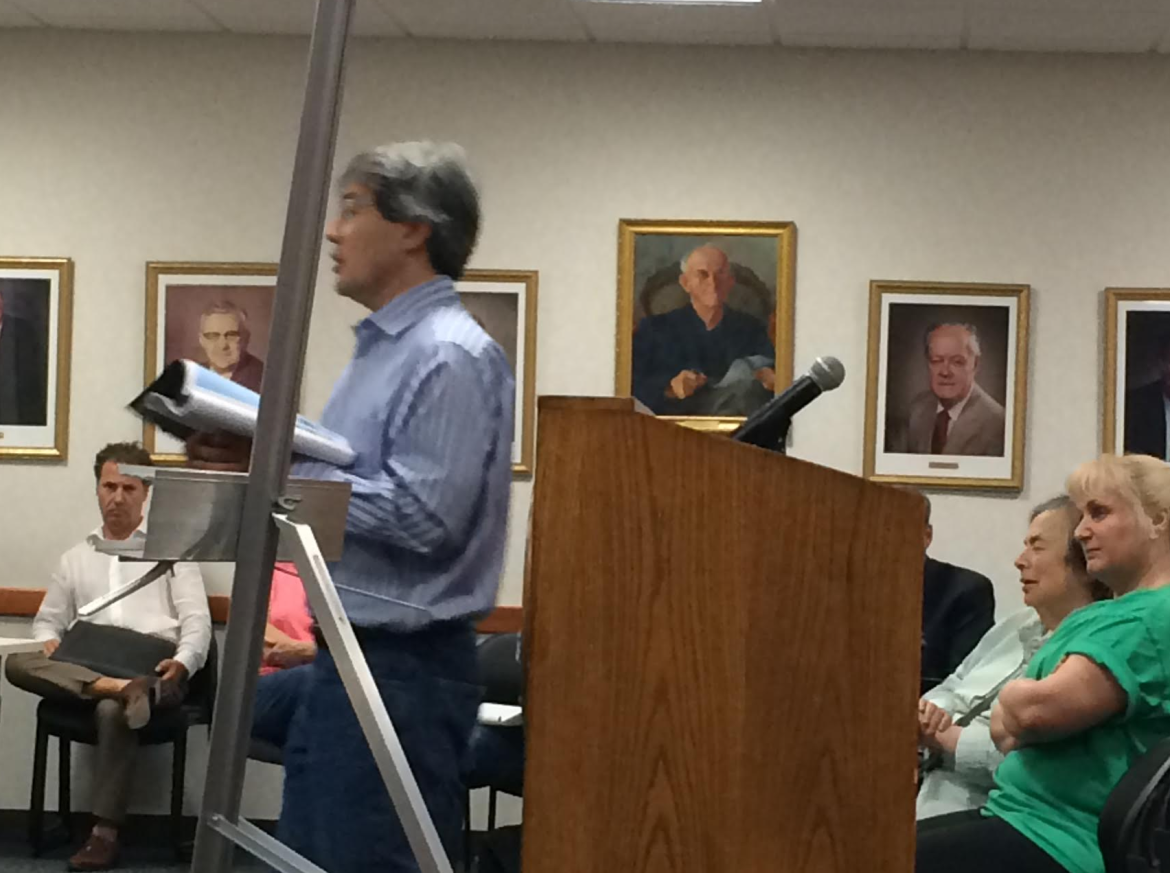