Letter to the editor submitted by Anthony Lopez, former candidate for Board of Education (2015) 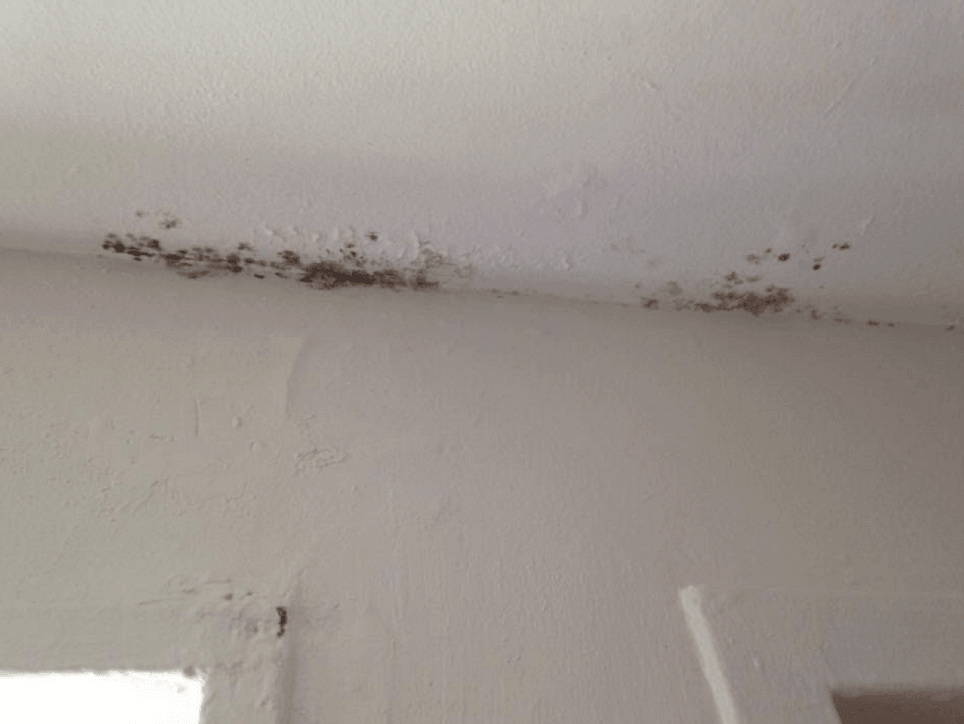 On Sunday, October 15, Mr. Anthony Johnson, Executive Director of The Housing Authority of Greenwich, in an OpEd published in the Greenwich Time titled “Public housing accusations misguided,” publicly denigrated myself and the Democratic candidate for First Selectman, Sandy Litvak.

Mr. Johnson accused my efforts two years ago, and Mr. Litvak’s efforts now, to shine the spotlight of public scrutiny on some of the troubling living conditions in at least one Housing Authority residence – Armstrong Court – by saying “Every two years a candidate running for some elected office searches for a wedge issue to develop notice and publicity. Two years ago it was Anthony Lopez…[and] this year it is Mr. Sandy Litvak…” The implication is that each of us are of such low character, that we would use the plight of some of the most vulnerable, or any of the Town residents for that matter, for political gain.

That accusation is unequivocally without merit and incredibly bombastic. I would like to take a moment and respond directly to Mr. Johnson’s comments.

Your accusation against myself and Sandy Litvack are not only false, but also designed to conceal the truth about the experience of some of the residents who live in Armstrong Court.

Now, let me be clear, I have not gone off gently into that good night, never to be heard from again. Your claim that candidates who raise issues concerning some of the deplorable conditions at HATG maintained properties are “never heard from again” is baseless. Because we do not write op-eds every week, does not mean that we have given up the fight for the residents who feel voiceless and powerless. I continue to be present.

For many of us, this is not about politics, or what you call “[using] the residents as a catalyst for attention…” I will speak for myself and say that none of this is about me. It has, and will always be about the residents who come to us to personally complain and lament the conditions that they live under.

I, like Mr. Litvack, am telling you and the residents of this town, what we have seen firsthand. We are not searching for issues to raise as political fodder, or trying to use residents as pawns for political gain. 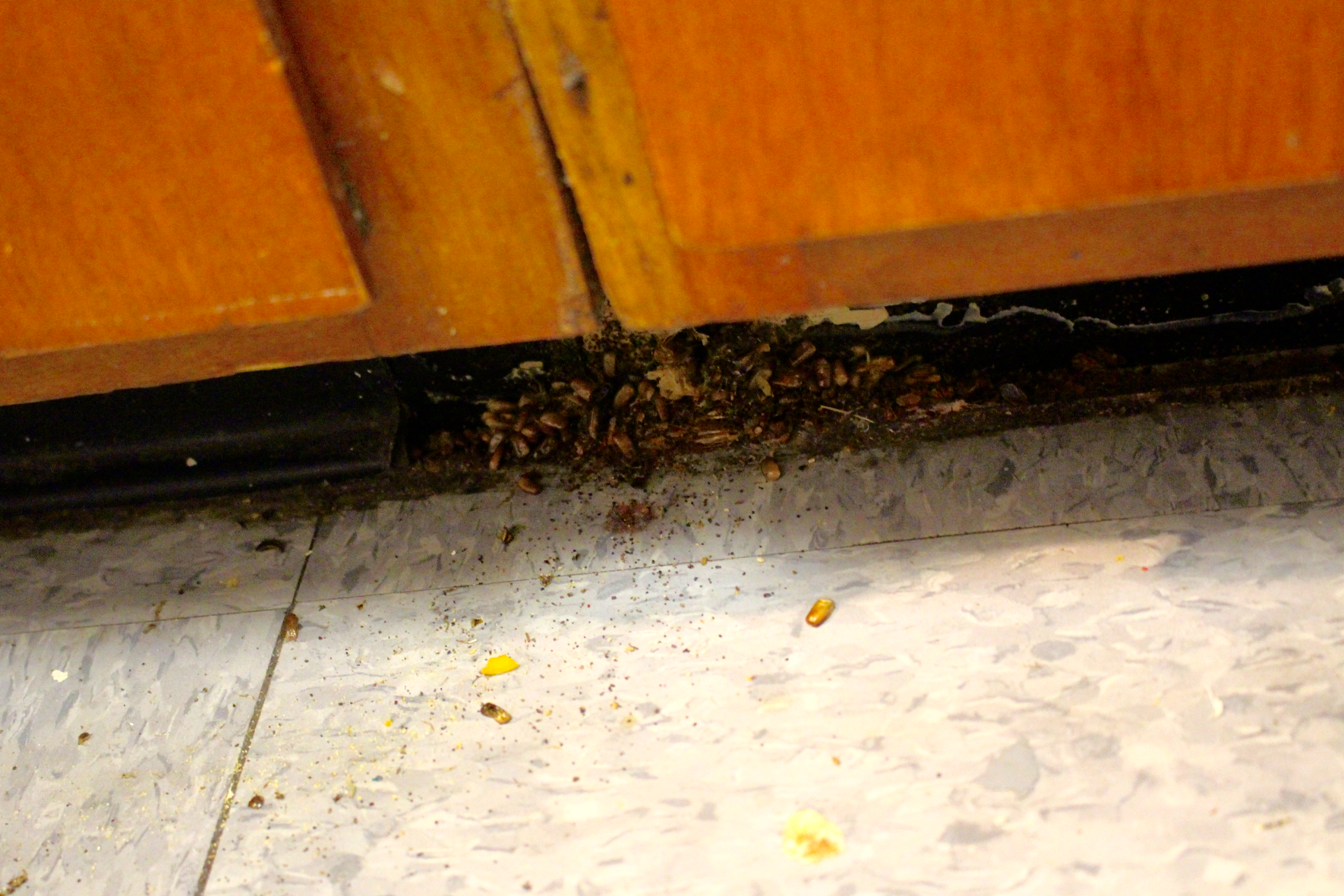 Cock roaches behind a baseboard in a Wilbur Peck apartment, Feb. 24, 2016

Nevertheless, in the course of our efforts to personally introduce ourselves to every resident that we can, we encounter those who see us as a conduit to get the help that they say they so desperately need. I make no apologies for being the trumpet that carries the voices of the voiceless.

I could not care any less about what feathers are ruffled, or who is offended. The focus will always be about the residents of this town, no matter where they live. While I attribute none of the following to you, or to any of the commissioners, in raising these issues two years ago, political friends in the know conveyed to me that I was the target of some powerful interests in town for speaking out. My family was referenced in vague threats that were sent to me through my friends. I have been called a racist by bloggers, with my name under a picture of the Ku Klux Klan.

It was said that I was an ingrate who wanted a handout and said that I, and by implication the minority residents of this town, were never satisfied with all of the things that are done for us.

I have a wife and three young children. I work for the Board of Education, and my check says Town of Greenwich at the very top.

While I am concerned about retaliation against each of us, I have a duty and an obligation to speak out for those who feel voiceless, and for those with voice who still need someone on their side. I don’t care about politics Mr. Johnson. I care about people.

I think it is important to point out that not every resident has a complaint. I have seen apartments in my canvassing that were spotless. I have seen buildings in Armstrong Court that are clean and well kept. The HATG is to be commended for the condition of those apartments and buildings. No one is taking that away from you, or any of the commissioners.

However, there are still residents who live in conditions that I think we can all agree, are less than acceptable. That, Mr. Johnson, is the issue.

I have relationships with residents who live across this town. When they have an issue that they feel has been neglected, and one that they feel is being ignored by some organization, agency, or powerful interest, I will be there to speak up for them. That is what I am about.

I am not about using any resident of Greenwich, or any person at all, to score me political points.

I would remind you that my raising of the issues two years ago, occurred after the election was over, and I was removing myself from the race for DTC chairperson. That was in February of 2016. I had already lost my bid for a seat on the Board of Education. So, I am not sure how your accusation that it was for political gain is at all accurate.

Mr. Johnson, I and many other residents in town, thank you for your service to the residents in Greenwich who utilize public housing. We commend you and all of the commissioners where commendation is due. However, we ask you and every commissioner, to address the concerns that a bevy of HATG residents have raised both during and after campaign season is long over.