Greenwich Democrats opened their headquarters at 428 East Putnam Avenue on Saturday, and John Blankley, candidate for State Senator running against incumbent Scott Frantz was dressed in his black track suit. “I’m running for office,” he quipped before seguing to more serious matters. 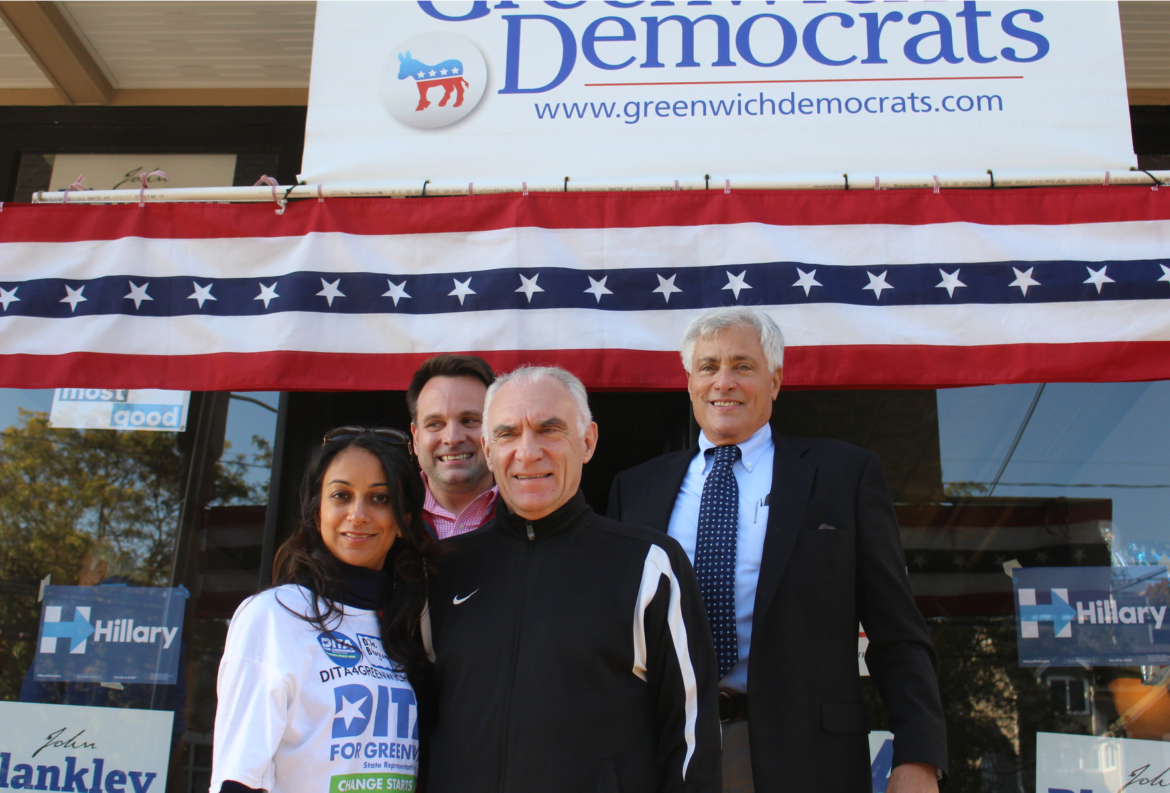 After he and Democrat candidate for State Rep district 151 Dita Bhargava delivered remarks to the crowd, Blankley elaborated for GFP on the reasons he is uniquely qualified for office.

“My whole business and corporate life has been designed for this moment when we need corporate restructuring for our unfunded pension liabilities and infrastructure bank. We need to do more for job creation,” Blankley said, adding that his background is apropos. “I was sent to North America to restructure subsidiary ownership of an international company for tax optimization purposes. I negotiated with unions in a takeover situation.” Blankley said that in 1995 he did the biggest high yield bond at the time. “By the time I left the shipping industry I had raised more money than anyone else ever had.”

Blankley said he has handled budgets bigger than the entire state of Connecticut. “No one has done all of that, and created a business from scratch in Connecticut 16 years ago that is now a multi-million dollar business with dozens of employees,” he said. “No one has gone to Hartford with that kind of business background before.”

Blankley, who describes himself as 50% Scottish, 50% English and 100% American, said he’s not so down on the state as the Republican candidates.”What should have been done in Connecticut ten years ago is to set up some kind of urban hub,” he said. As for General Electric he said the reason for their departure from Connecticut was not a reaction to high taxes. He said the state of Georgia offered the company the same enticements as Massachusetts, but that company, which he described 175 employees whose main business was financial services.

He said the state has two major industries that dominate the business landscape – defense and financial services, “If they sneeze, the state catches a cold.”

“We have to get the problems we have in perspective,” he said. “Connecticut has the fourth highest per capita GDP in the country.” 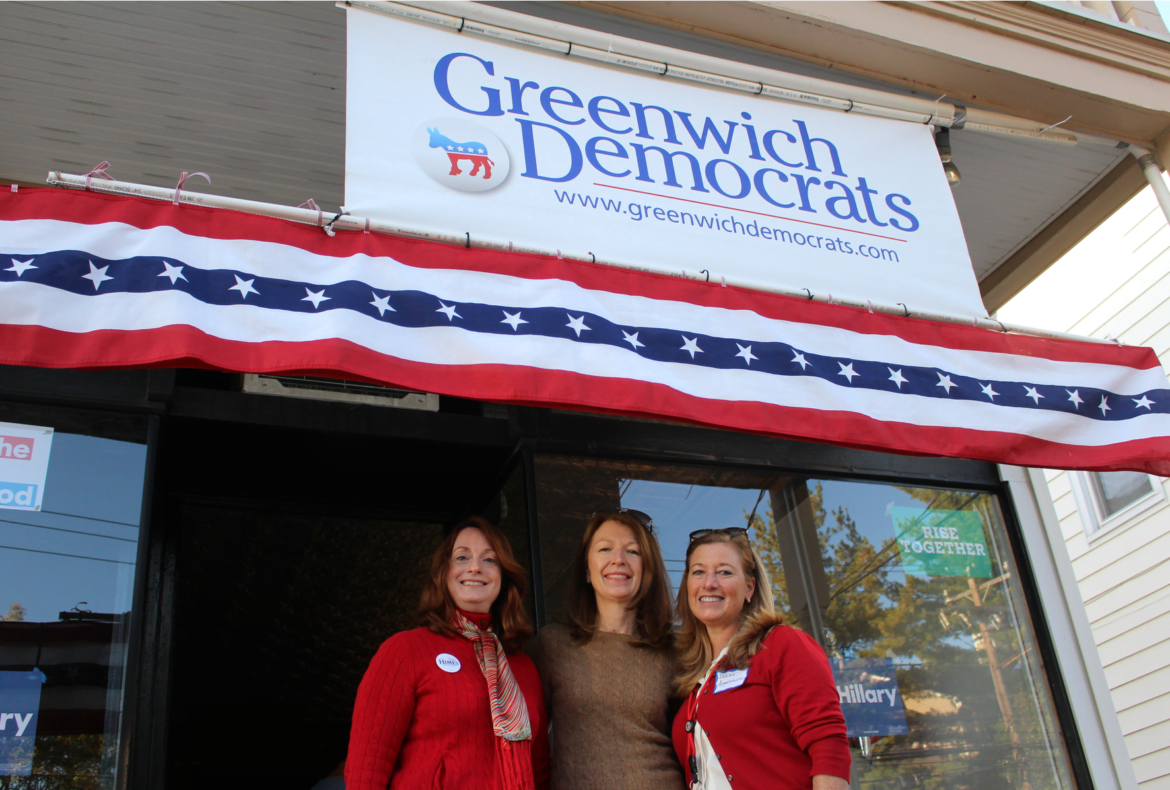 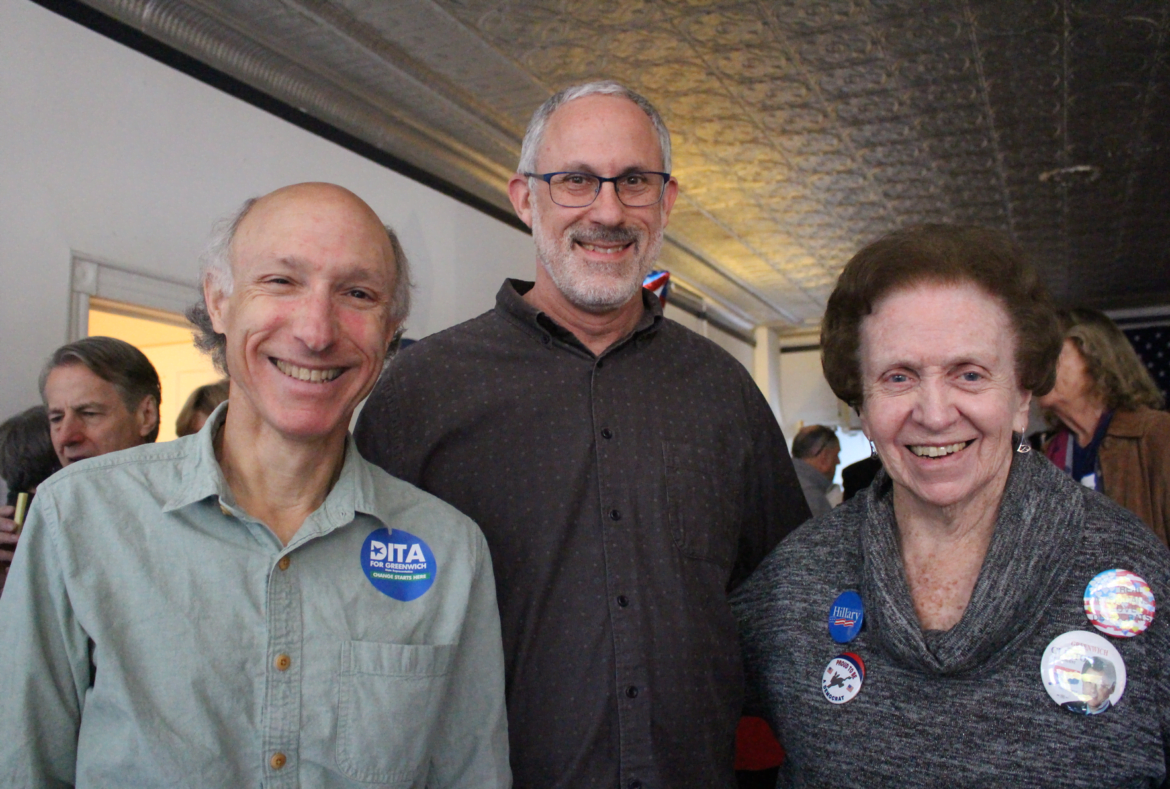 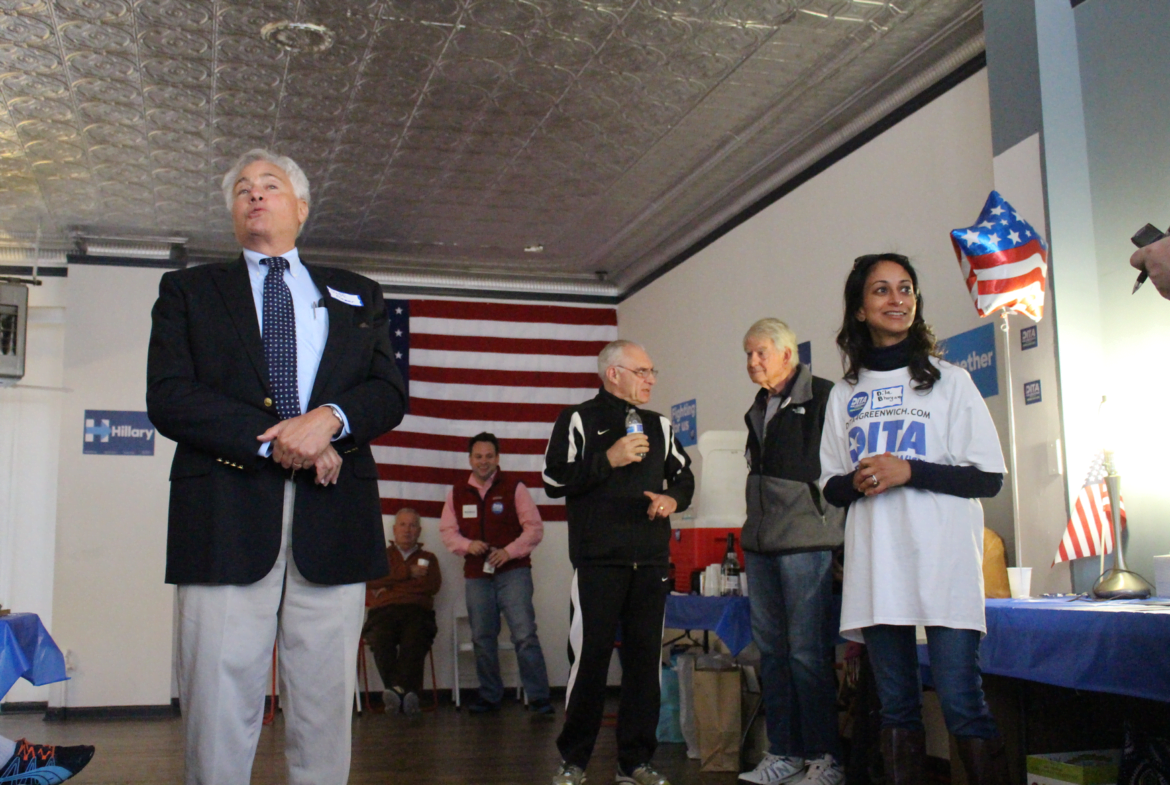 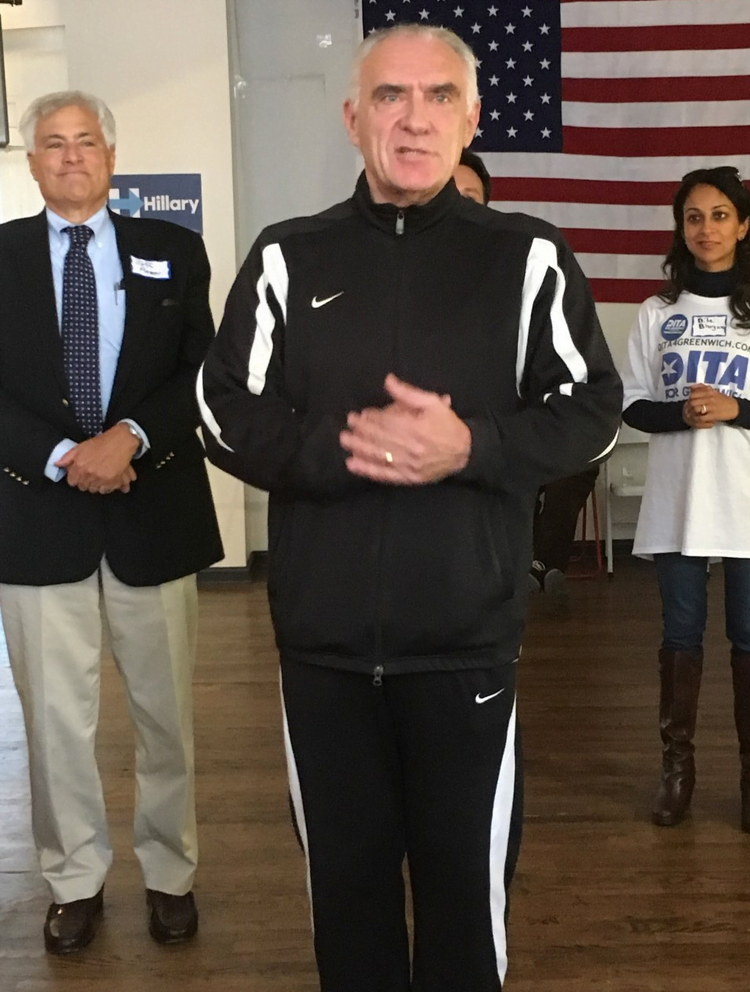 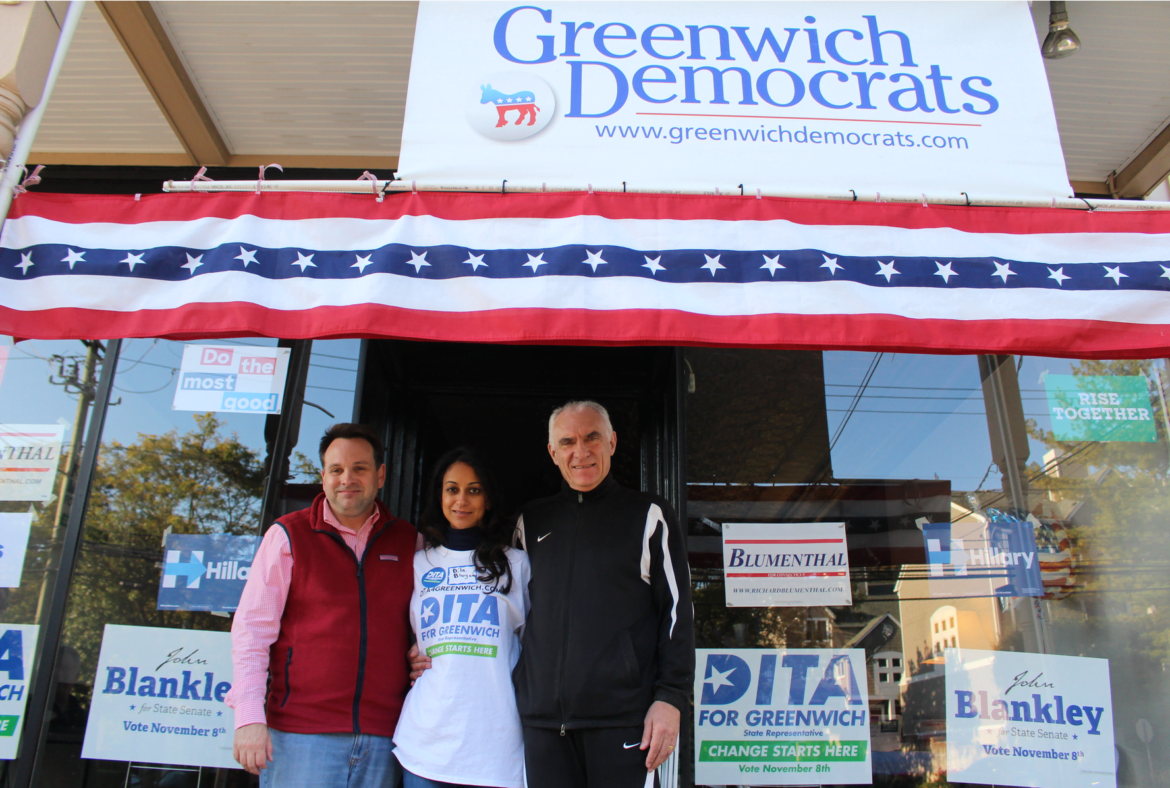