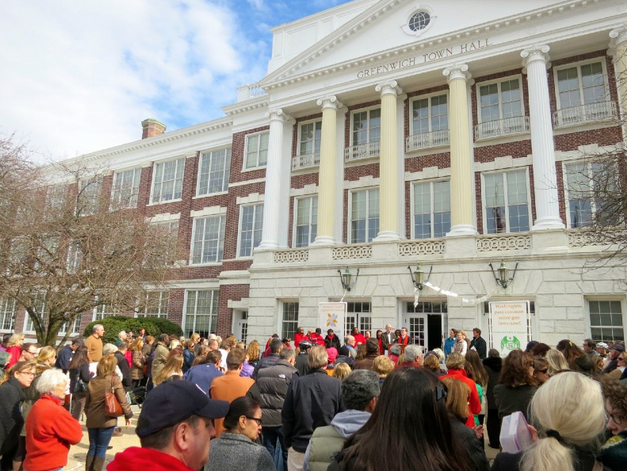 On March 28 Greenwich Town Hall will be the site for a gun violence prevention rally.

Supporters plan to welcome “Team 26” to Greenwich at a stop during their 400 mile ride from Sandy Hook to Washington, DC to honor victims of gun violence and call for federal gun safety reform. The event takes place from 12:00 noon until 1:30pm and will move indoors in the event of rain.

In Connecticut lawmakers will be voting on Gov. Malloy’s proposal to close a loophole they say resulted in the murder of Lori Jackson, a Connecticut resident who was shot and killed by her husband after she obtained a temporary restraining order against him. The Lori Jackson Domestic Violence Survivor Protection Act is intended to protect domestic violence survivors from gun violence by preventing an individual subject to a temporary restraining order from purchasing or possessing a firearm for the duration of the order.

While Connecticut is known for strong gun laws, organizers of the rally say it’s time for Congress to follow suit. 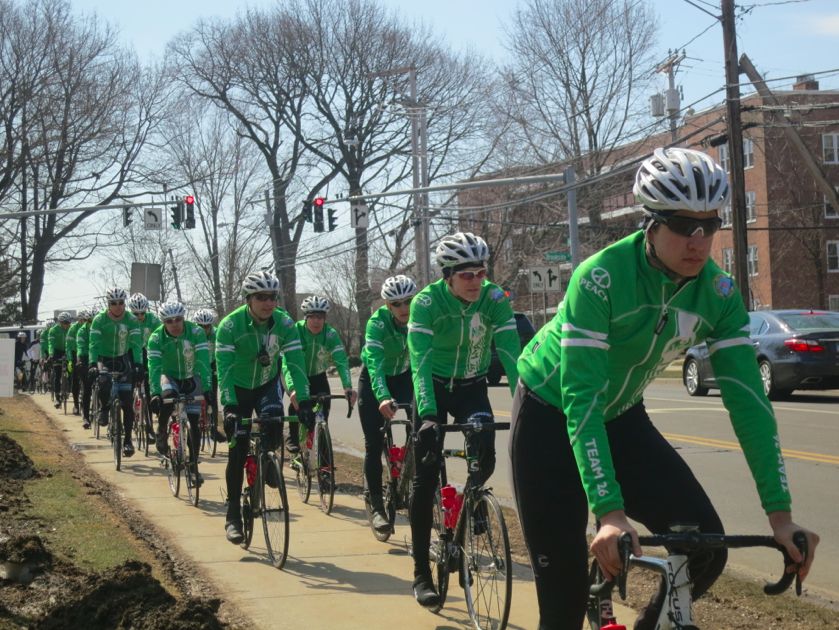 The event is organized by The Greenwich Council Against Gun Violence, a local grassroots organization whose mission is, “to join hands with others to work for common-sense state and federal regulation of firearms to help reduce gun violence.” The group is planning the rally in partnership with The Enough Campaign, Southwestern CT Brady Campaign and CAGV (Connecticut Against Gun Violence).