A new business is soon to open at 288 Valley Road  in the recently renovated building that was once home to Summer Rain Sprinklers. Jeff Morris, an 11-year officer on the Greenwich Police force, will open Greenwich Jiu-Jitsu Academy in early October. Students can pre-register online.

Morris has been teaching Jiu-Jitsu at other gyms and is a certified teacher for the state of Connecticut. He instructs his fellow officers in defensive tactics and teaches the Police Department’s women’s self defense classes.

A first degree brown belt, Morris trains under Marcio Stambowsky, an influential Jiu-Jitsu eighth degree black belt who has techniques named after him.

“He is a living legend,” Morris said of Stambowsky. “He is actually one of the pioneers of Jiu-Jitsu, and he’ll be here performing the majority of our belt promotions.”

Morris is excited about the transition of the former office space into his Jiu-Jitsu academy. In fact, the paint still smelled fresh on Tuesday afternoon in the white-padded studio where Morris anticipates running extremely small classes.

By design, classes will be limited to a maximum of eight in the adult classes, and no more than 10 in the children’s classes.

Morris said his intention was to target children, and anticipates coed groups with roughly 50% girls and 50% boys. However, he said word got out and there is a demand for adult classes, which he will also accommodate.

Morris explained that Jiu-Jitsu is a martial art that appeals not only to smaller individuals, but also to less athletic people, because the focus is on grappling techniques as opposed to striking techniques. 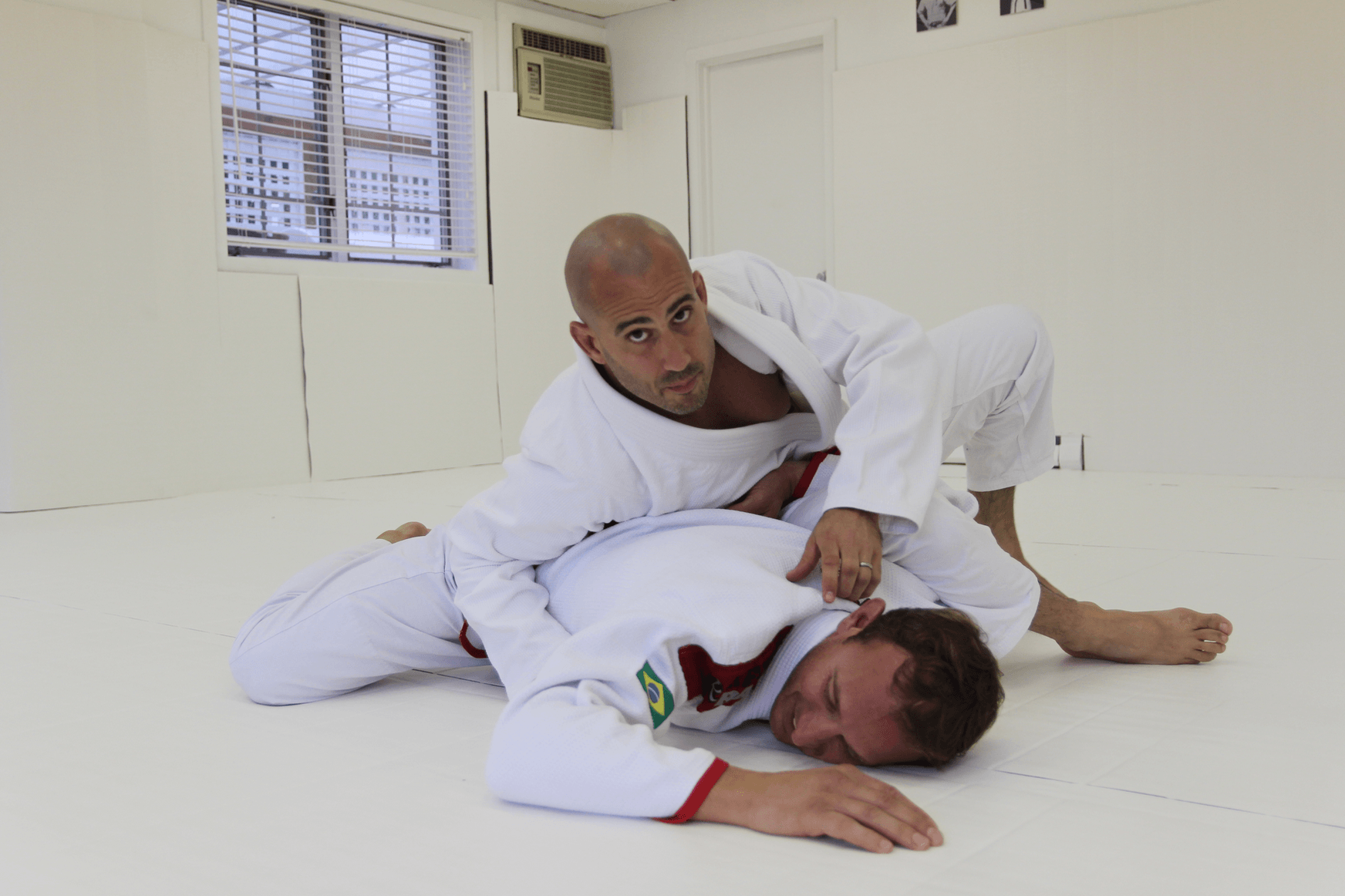 With traditional martial arts, students learn punches and kicks, and then face off against a partner in the class setting.

In Jiu-Jitsu, the focus is on controlling opponents through techniques that force the them to submit.

“With Karate, Taekwondo and Kung Fu, you’re never really reinforcing techniques at full speed,” he said. “But with Brazilian Jiu-Jitsu, it’s a grappling art, and you are grappling with your partner at full speed. You continue until someone has to finally submit. Then you re-set.”

“It’s like a full speed game of can I choke you, can I catch you in a joint lock,” Morris continued. “It really enables you to see if the art you’re practicing is effective.”

Morris said with Jiu-Jitsu, he sees rapid development of children.

“In six months parents come to me and say, ‘We started this for self defense, but now we’re interested in competing.'” 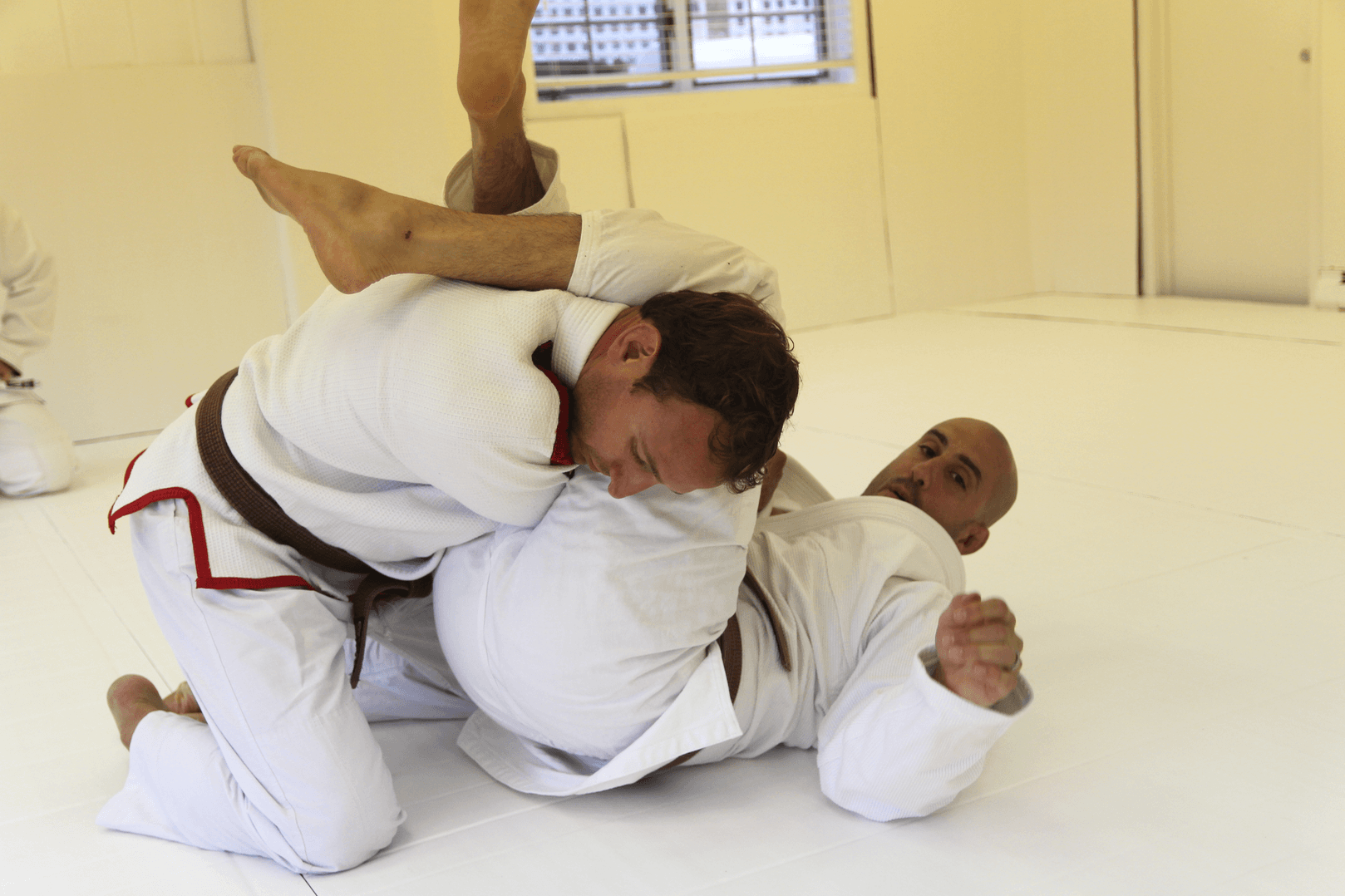 In fact, Morris said beyond self defense, and participating in competitions, other benefits abound.

“People come back and say how much they’re able to focus and are calm during the day,” he said, adding that training and sparring focus the mind. “It’s essentially a physical fitness meditation class.”

In every class at Greenwich Jiu-Jitsu Academy, there will be a dynamic warmup, followed by drills including the submission hold, choke or joint lock. “We repetitively drill it. Then there is sparring, which is grappling with your partner and multiple partners full speed,” Morris explained.

Morris first learned of Brazilian Jiu-Jitsu in 2001 while serving in the US Marine Corps, back when it was in its infancy as a marital art in America.

He explained that although Jiu-Jitsu was popular in Brazil and other countries, it wasn’t until the birth of the Ultimate Fighting Championship (UFC), which pitted it against other martial arts, that its popularity grew in the US.

Morris recalled a humbling experience that served as his introduction to Jiu-Jitsu.

“I was a young Marine. At 21, I considered myself big and strong. I had played football. I could bench press hundreds of pounds,” he said.  “A fellow Marine – a small, thin young man from California, asked me if I wanted to wrestle with him and he proceeded to tie me into a pretzel.”

Morris learned that his fellow Marine had trained at a Gracie Academy, and, after leaving the Marines in 2003, Morris found a Gracie Academy in Thornwood, NY where he began his training.

“It sent me on a mission right from leaving the Marine Corps to coming back home,” he said. “It was at the top of my list to do to assimilate back into the community.”

Morris said his A+ students are the children who are not necessarily athletically inclined, but are capable of handling intellectual pressure and also display a level of creativity which allows them to follow through to an end goal.

“Nobody is good when they start,” he said. “It doesn’t matter if you’re a good athlete or trained in other martial arts. Grappling at its essence is leverage based. We’re all much closer in size and strength when we’re on the ground.” 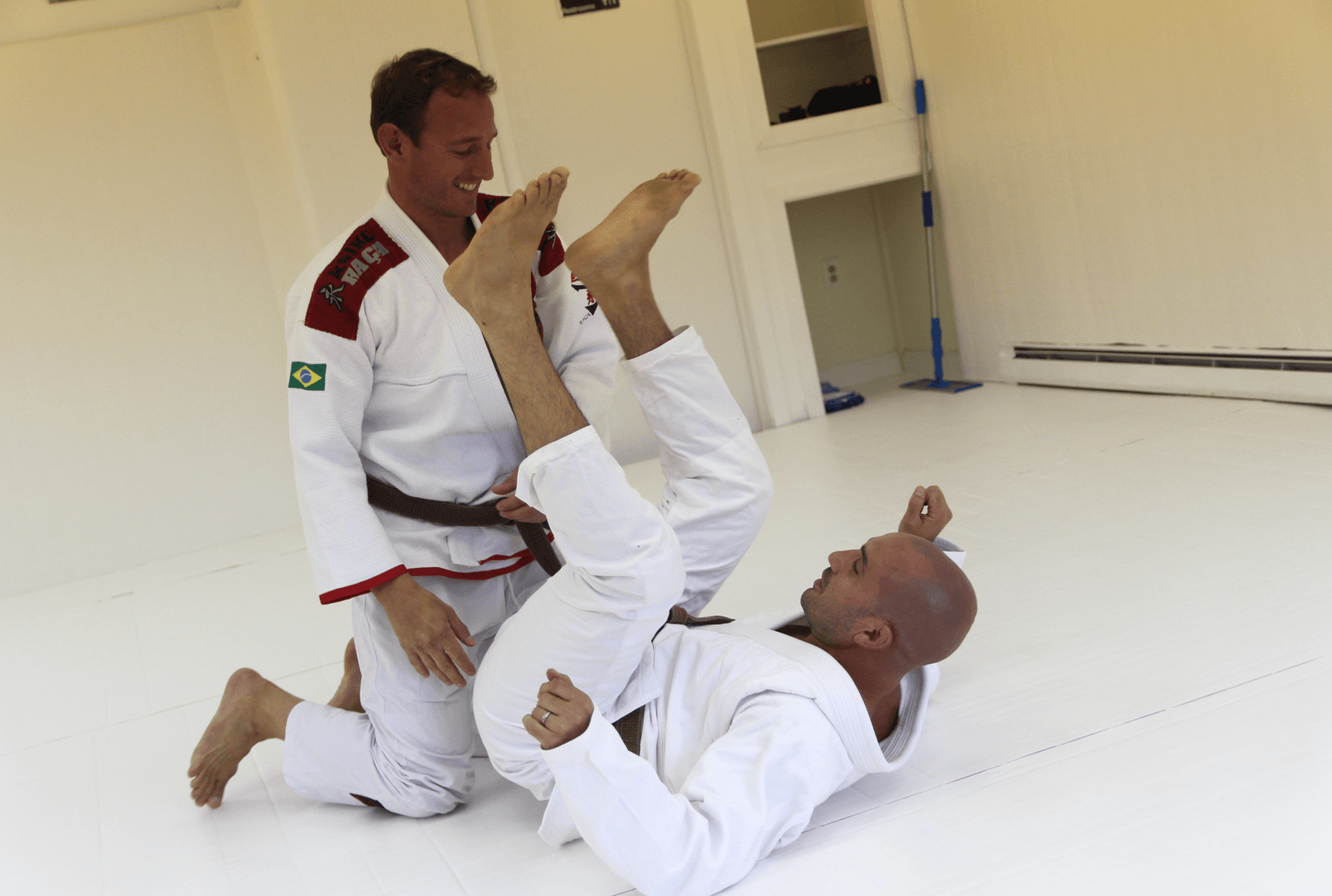 In the studio on Tuesday was Morris’s cousin Joe Darula, who graduated with Morris from Greenwich High School in 1996.

Like Morris, Darula, who will be the primary assistant instructor at Greenwich Jiu-Jitsu Academy, also served in the Marine Corps.

“It teaches you how to be comfortable in uncomfortable situations,” Darula said of Jiu-Jitsu. “I was in the military for two combat tours in Iraq, and when I came out I needed something. Jeff inspired me to do all of it.”

“When people start they think they’re walking into a martial arts class, but the are walking out with a lifetstyle,” Morris said. “It teaches calmness and clarity of thought under pressure and a skill set that’s proven.”

Darula said he also does cross fit and weight lifting. “But when I come here it’s another level. I feel more at peace afterward than a gym work out,” he said.

Also in the studio on Tuesday was longtime friend Matt Criscuolo, who many recognize from Pizza Post.

“It opens your eyes,” Matt said. “I went up against the scrawniest little dude. He really schooled me. It throws you for a loop.”

“It’s an ego check, Darula laughed. “You can’t have an ego or you’ll be out of here.”

Greenwich Jiu-Jitsu Academy is located at 288 Valley Road in Cos Cob. 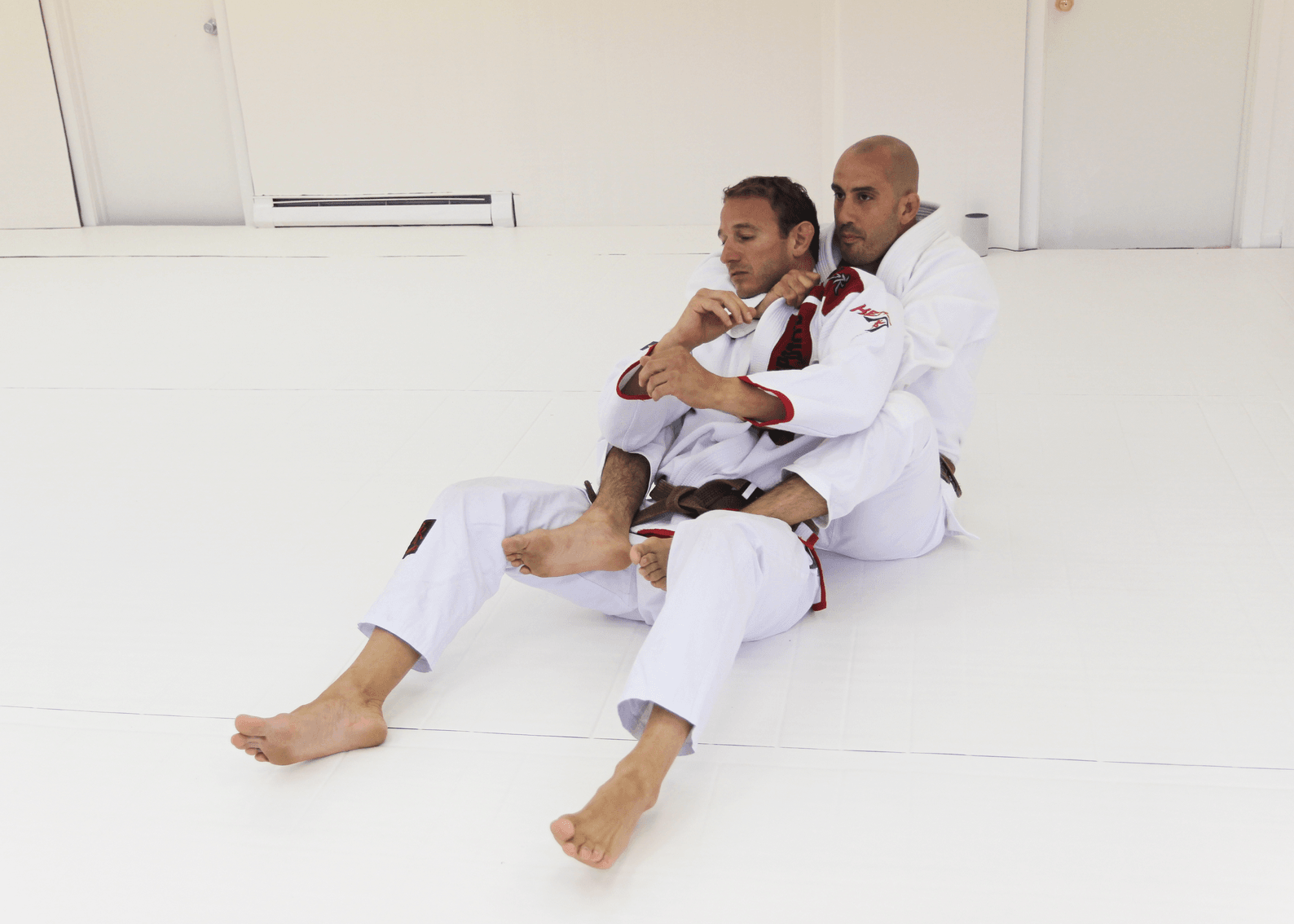 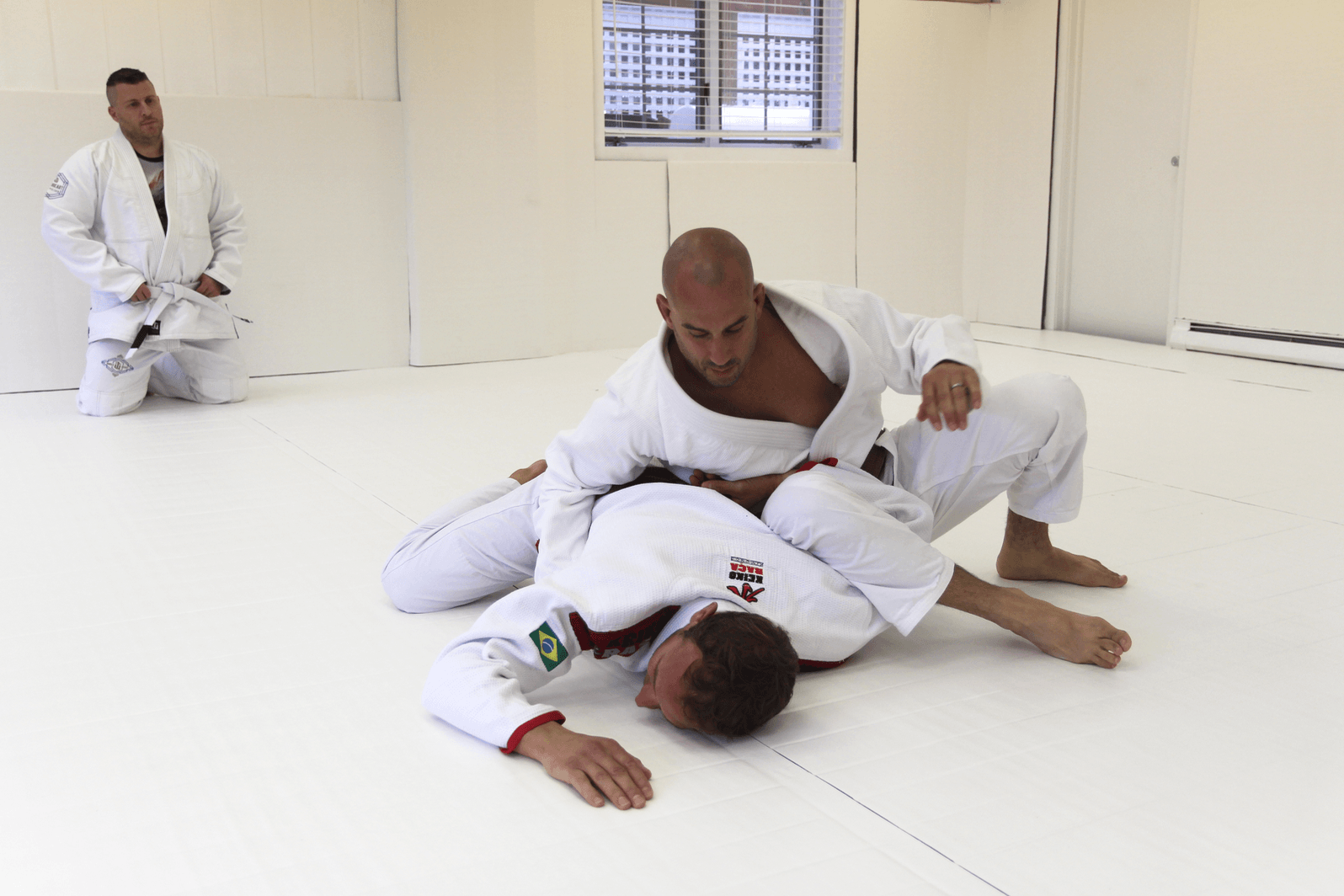