This fall, Nicola heads to Northwestern University in Evanston, IL, along with another newly minted GHS graduate, Rebecca Murray. In fact, the two have decided to room together, which Northwestern allows, and rewards with a housing advantage. 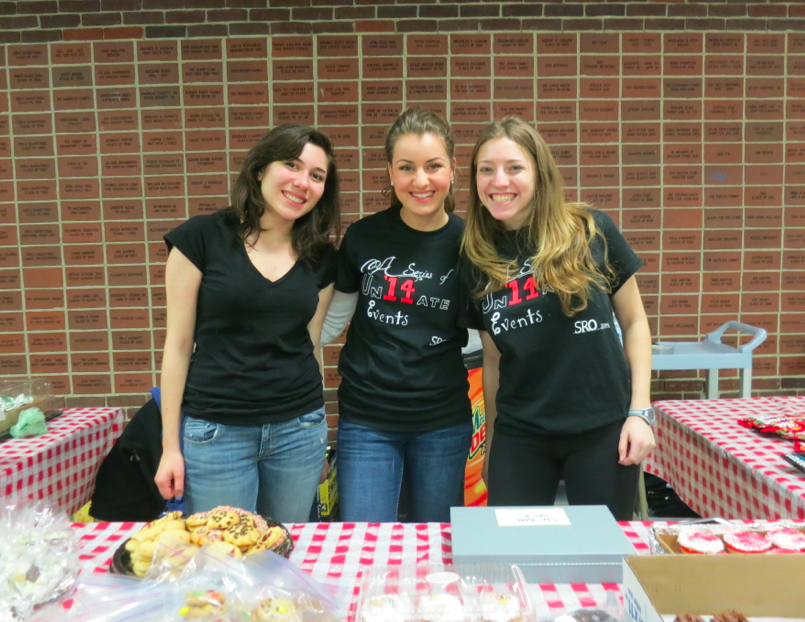 Nicola, who was admitted to the prestigious Medill School of Journalism at Northwestern, was a features editor for the the Beak, the GHS student newspaper, during both her junior and senior year.

Asked how the experience of writing for the Beak compares with writing for Greewnich Free Press, she said she enjoys the immediacy of the online format.

Whereas Beak articles are subject to a two month lead-time for the print edition, it is possible to publish articles for this online local Greenwich news site in real time. 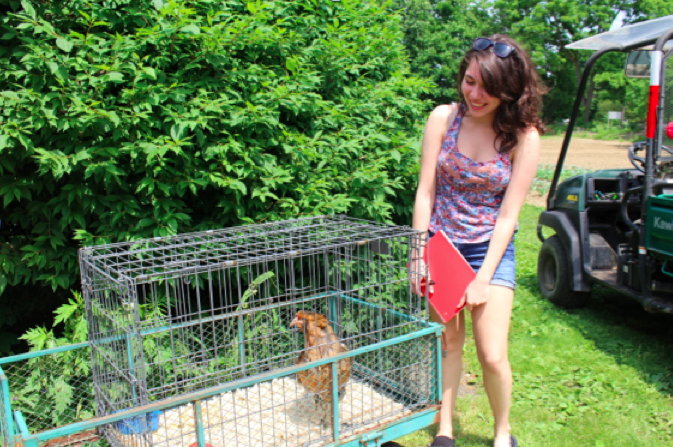 Nicola at Augustine’s farm meeting the famous Ricky who rides with Farmer John and Kathy to the supermarket and all over the farm in a golf cart. Credit: Leslie Yager

“I like the immediacy of Greenwich Free Press,” said Nicola. “I like being able to have an idea, see it through and get feedback,” she said referring to Facebook likes and re-Tweets. “And you can publish it in the moment, versus having the time lag that can mean a story is no longer relevant.”

Nicola didn’t have to think twice when asked what was the high point of her four years at GHS.

“We the People,” Nicola said, describing the academic team that competes in a congressional hearing format on issues of Constitutional Law. She said We the People is an optional section of the regular AP Gov and Comparative Gov & Politics class.

When she was a junior, the state competition was held in a hearing room at the state capital in Hartford. She said both the Greenwich and Trumbull teams progressed to the nationals. Of the team’s five-day trip to compete in nationals in Washington, DC, she said, “It was the coolest experience I had at GHS.”

Explaining how We the People works, Nicola said the students are divided into six units with four or five students in each. Then each unit is assigned a broad topic. “Ours was how the structure of institutions effected governments,” she said, adding that during the state competition the judges peppered them with questions they answered orally.

One question concerned the 24-hour media news cycle and how it impacts content.  The judges expected the answers to include examples and analysis.

Nicola reveled in the challenge and opportunity to hone her public speaking skills, write a structured argument and think critically.

“Also, we got to meet Jim Himes,” Nicola said, adding that the US Congressman from Connecticut watched her unit do a mock hearing. Describing We the People as a major time commitment that runs all junior year, she added that as a senior, she returned to judge the juniors during their practice for the state competition.

Nicola said several students found their way to local political campaigns as a result of their We the People participation. In fact, during her senior year, Nicola was hired to manage Drew Marzullo’s website.

After describing the trip to DC to compete with We the People as “the coolest experience I had at GHS,” Nicola reflected on the perennial lament of a lack of school spirit at GHS.

“School spirit manifests in all sorts of cool ways,” Nicola insisted, citing We the People as an example. “It doesn’t always have to be ‘woo, go football,'” she said. And though this year there was no House Olympics and the lip dub project failed to get off the ground, Nicola said senior Dress Up Day, SRO and St. Baldrick’s Day were all great examples of school spirit.

“Also, the art program and anything at school that people get excited about and get involved in. People find their own interests and that’s where you find school spirit,” she said. 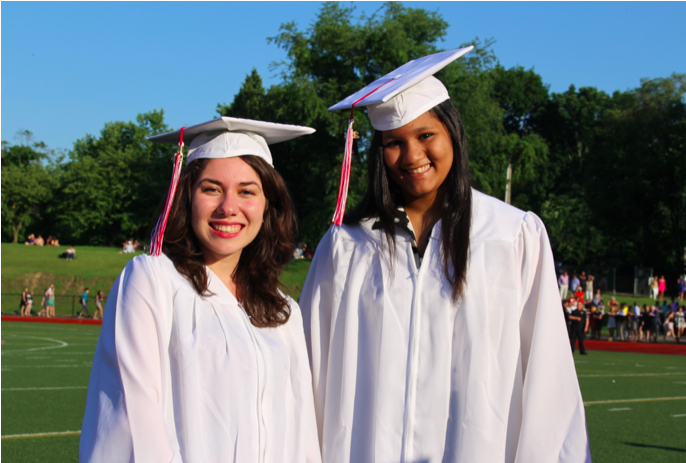 Asked what she’ll miss the most when she heads to college in the fall, Nicola said she’d miss her family, including her parents, younger brother who starts 6th grade at EMS in the fall and grandparents who live nearby.

Recently Nicola wrote a popular feature about Makerbot’s summer camp, where young high tech enthusiasts explore 3-D Printing. She also published a behind-the-scenes interview with the head of Digital Learning for the Greenwich Schools Board of Education, Phillip Dunn and a feature on Ricky the famous pet chicken up at Augustine’s Farm.

BoE Director of Digital Learning & Tech on Future of Our Schools