Members of the Greenwich High School baseball team descended on Joey B’s in Cos Cob on Tuesday, the perfect day for a team fundraiser, as school was cancelled for election day.

Captains Colin Kelly and Marco Pastore, both seniors who hope to play baseball next year in college, said they love Joey B’s, especially the Mac Bites and the “Spudster,” which Colin said is chicken, chili and cheese.

The team is 5 and 3 overall so far this season. “We’ve had some , but we beat some of our biggest rivals,” Colin said of the team’s victories over Staples, Wilton, St. Joseph’s – and just yesterday, a win against Trumbull.

“The victories are giving us confidence,” Colin said as he sipped on a chocolate milk shake. “Tomorrow we play Norwalk at home.” 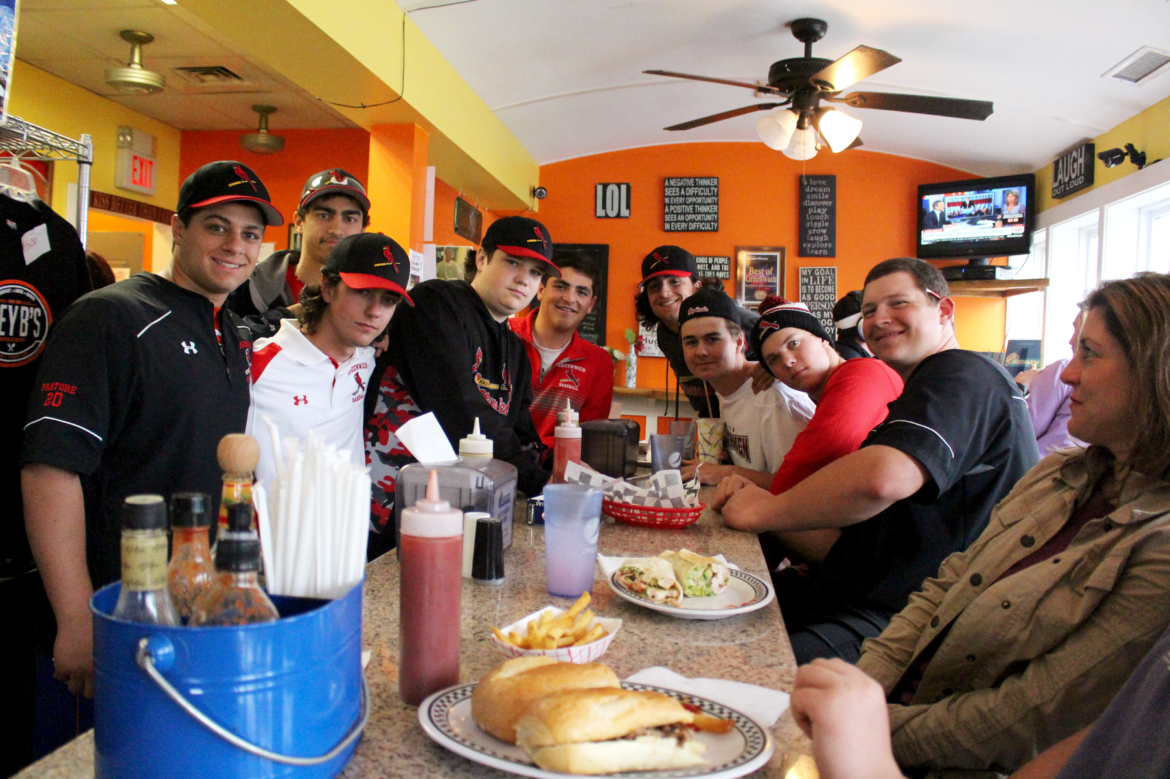