“Connecticut needs a Best-In-Class transportation system,” Gov. Malloy said in his budget address on Wednesday afternoon. While he wants to add lanes and access to points on the Merritt and I-95, he also vowed to turn the busiest commuter rail line in the country, the New Haven line, into “a modern service, with reliable and frequent stops, as well as express regional service riders can count on.”

Certainly, Greenwich rail riders would be thrilled if that were to happen. 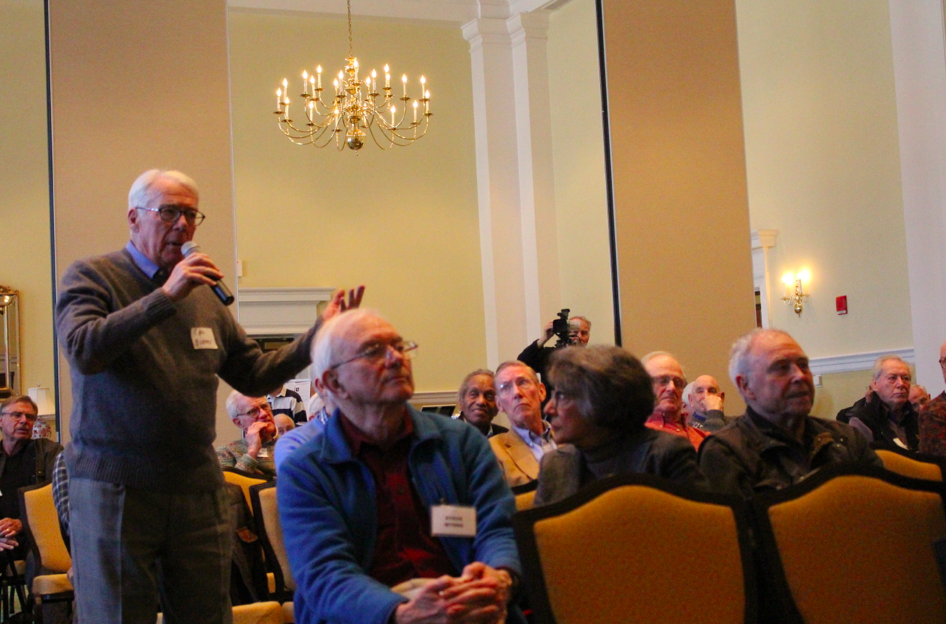 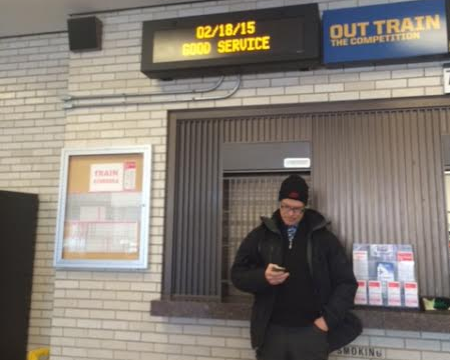 Cameron pointed out that Metro-North’s contract with DOT could be renegotiated, or, in theory they could be fired.

Cameron, who said he is often referred to as The Train Guy, was a longtime member of the Commuter Council, which met with Metro-North and the DOT on a monthly basis. That body, which was mandated to be the eyes and ears of commuters, was created by the legislature in 1983.

When the Commuter Council was replaced with a weakened body, Cameron lasted just four months.

“I resigned but I did not quit,” he said, adding that after 19 years on the Commuter Council, he went on to form the Commuter Action Group, where he built a powerful following of commuters on Twitter. “It empowers commuters to pull out their cell phone and file a complaint. Not only to Metro-North, but cc complaints to legislators.” 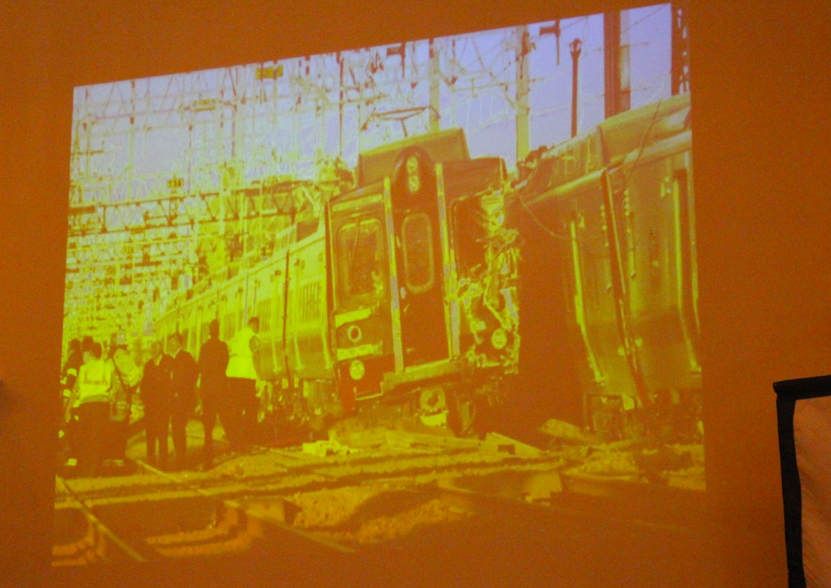 Two Metro-North trains collided head-on in Bridgeport in May 2013. “It turns out Metro North was not operating in a safe fashion and we didn’t know realize it. We didn’t know Metro-North was unsafe until May 2013.” – Jim Cameron, Commuter Action Group

From First to Worst
Despite winning the international Burnel Prize for excellence in 2011, Cameron said Metro-North began a downhill slide shortly thereafter.

A series of tragedies began in December 2013 with a derailment in Bridgeport, when two trains crashed head on. Many who were injured were standing in the vestibule waiting for their stop. “Not a good idea,” Cameron said, adding that people went flying like ragdolls. “Stay in your seat. You’ll be safer if there’s an impact.”

Cameron said the next tragedy happened when Robert Luden, a 52-yer-old veteran of the railroad, was killed in West Haven after a trainee in headquarters at Grand Central opened up the track he was working on. A train going 70 mph struck and killed the track worker. 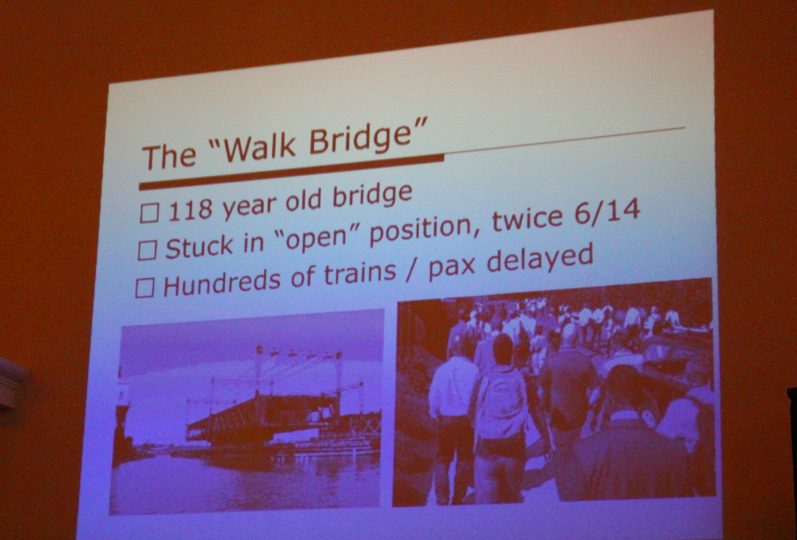 In July 2013 a garbage train derailed. In September 2013 a Con-Ed feeder cable failed, resulting in 13 days of no electricity and disrupted service. Subsequently Con-Ed and MTA blamed each other. Cameron said the one upside of that “lack of investment,” was that Gov. Malloy insisted that commuters receive refunds.

In December 2013 in Spuyten Duyvil, a southbound train with 115 passengers crashed, leaving 4 dead and 59 injured. The driver at first blamed a brake failure, and later admitted he had “spaced out.”

Cameron said that after the series of deadly incidents, a “Commuter Speakout” in Fairfield drew a huge crowd eager for a chance to address to the head of the DOT, James Redeker, and representatives from Metro-North, who “got an earful about lack of heat, lack of communications and the implications of that on local businesses.” Cameron said realtors at that gathering described clients having backed out of closings due to reluctance to undertake a rail commute. 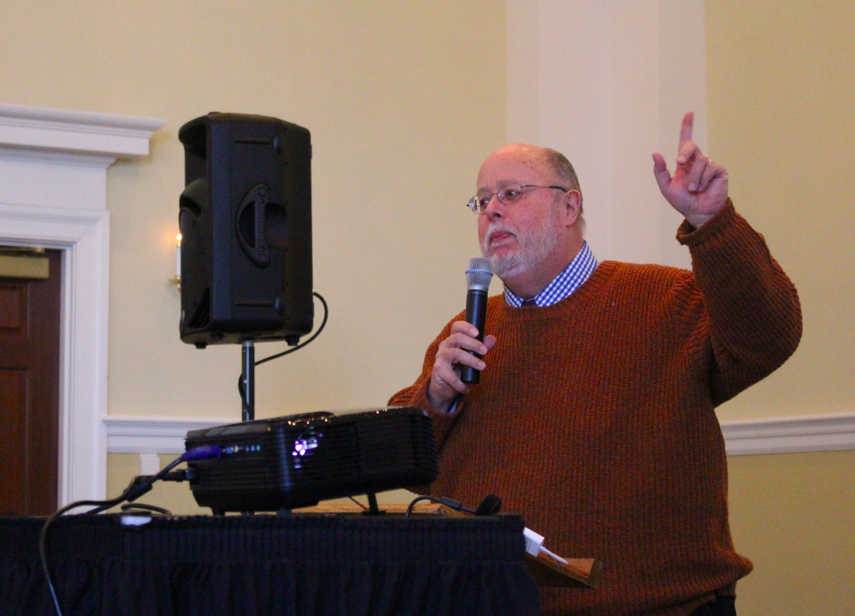 Worker Issues
Cameron said the MTA once ran a “mystery shopper” program where plain clothed inspectors were supposed to ride trains and write reports on conductors’ behavior, and ticket collection.

“It turns out most of those people were in the locker rooms playing Parcheesi and solitaire,” Cameron said of the mystery shoppers.

“Then there were foremen checking into their jobs in the Croton yards on the Hudson line, checking in and heading out to go buy fireworks in Pennsylvania,” Cameron said. “Whose in charge of all this?”

Deep Dive, Inadequate Training, Senior Staff Leaving ‘In Droves’
The MTA embedded federal railway inspectors from across the country in an operation referred to as “Deep Dive.”

Inspectors were embedded them in Metro-North for several months. “They were literally like the SEC and Goldman Sachs, right up inside the lower intestines of Metro-North,” Cameron recalled.

Deep Dive’s conclusion was that Metro-North emphasized on-time performance at the expense of safe operations and adequate maintenance. 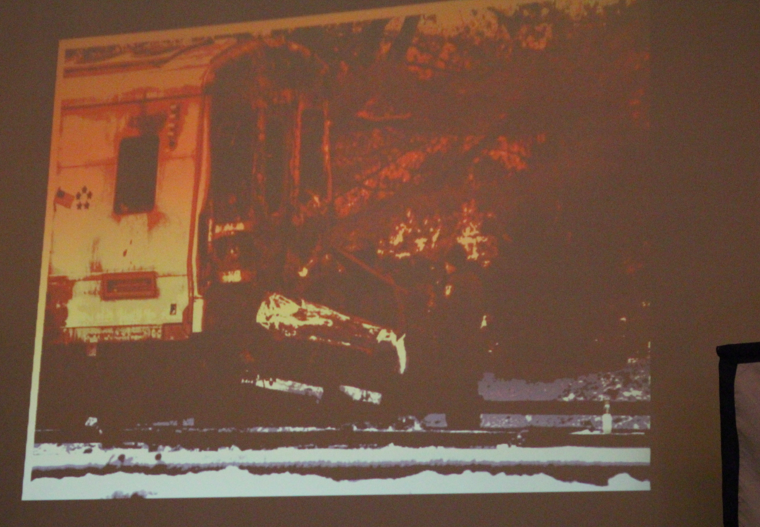 Earlier this month, in Valhalla a Metro-North train collided with a vehicle stopped on the tracks.

Is it Time to Fire Metro-North?
Though in theory the DOT could fire Metro-North, according to Cameron, the commissioner of the DOT contends that is impossible because there is no replacement.

“But at least we should be able to reopen and renegotiate the contract?” Cameron suggested.

“The DOT reminded lawmakers in Hartford last week that the last time they arbitrated the contract, ‘we got screwed,'” he said, adding that after negotiations, Connecticut got stuck with a bigger portion of costs vis a vis New York.

Cameron said that failures of Metro-North will ultimately result in the loss of appeal or Greenwich and other towns in Fairfield County. “If people don’t move to these towns, property values go down,” Cameron said. “People move away.” 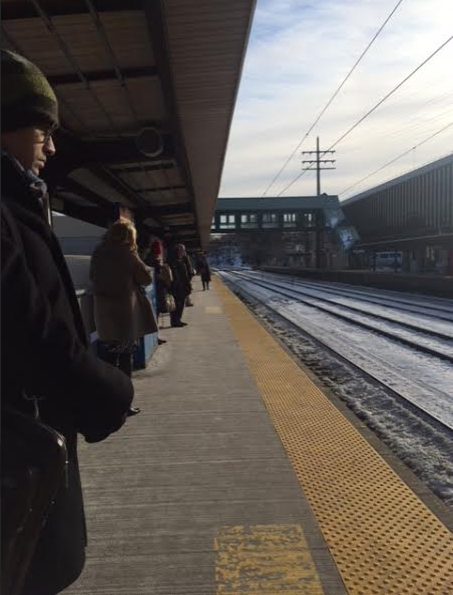 Greenwich commuters waiting for the 8:36am to Grand Central on Feb. 18. Photo, Ella Dawson.

“We pay Metro North $70 million a year to run our trains for us. It’s a contract that is self-perpetuating for 30 years and has only been reopened once,” he said adding that while Metro-North had boasted about its timeliness, the Deep Dive findings revealed there were under-attended safety meetings, inadequate training, and no rules against track workers using their cell phones on the job.

Even worse, Cameron said a third of all dispatchers left, while at the same time dispatchers were telling track workers to hurry up.

What’s Next?
“Greenwich’s fate, my town Darien’s fate and Fairfield County’s fate is at the hands of a railroad we don’t control, that we’re not going to negotiate with, and that we have no power over,” Cameron concluded.

Cameron is not entirely pessimistic, noting that Senator Richard Blumenthal has been advocating for implementation of the NTSB’s recommendations. That said, NTSB serves an advisory role, while implementation is the purview of the Federal Railway Administration (FRA).

“FRA is more like a cheerleader for the industry than an industry watchdog,” Cameron lamented.

Cameron is optimistic about the new Metro-North president, Joe Giulietti, who had previously  worked for MTA for 15 years before departing to run another railway. In 2014 Giulietti returned to replace Howard Parmut as president of MTA. “He was recruited and is widely respected by union workers and commuter council,” Cameron said. 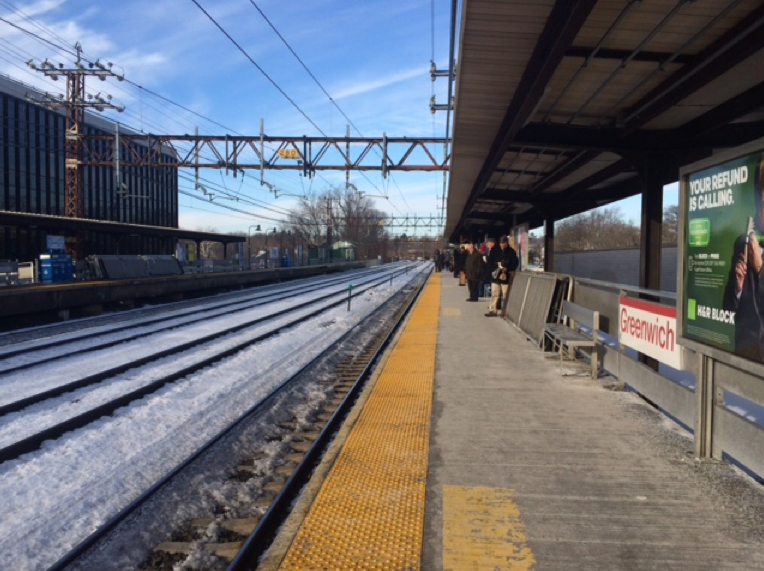 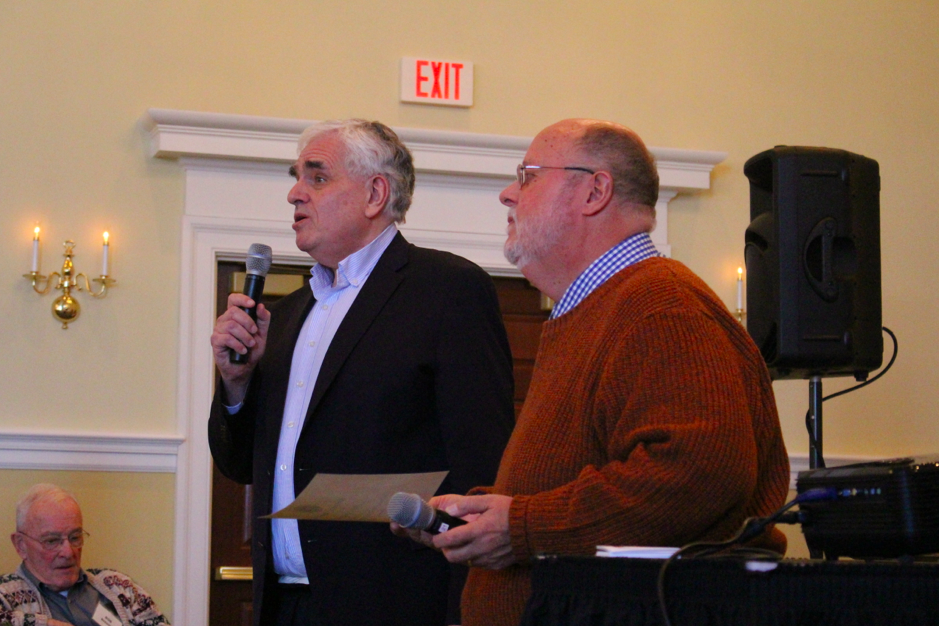