Meredith explained that training stylists is a new task for them. She said, “We usually provide these training sessions to police officers and psychologists.”

She said that salon professionals often have close, almost therapist-like roles in their clients’ lives, putting them in a position to identify domestic violence and guide victims to resources including the YWCA domestic violence hotline.

Salon professionals’ involvement in domestic violence identification is becoming increasingly important throughout the country, as states like Illinois and New York have passed legislation requiring domestic violence training for those acquiring cosmetology licenses. Connecticut could follow suit, according to the domestic abuse services team at the YWCA. 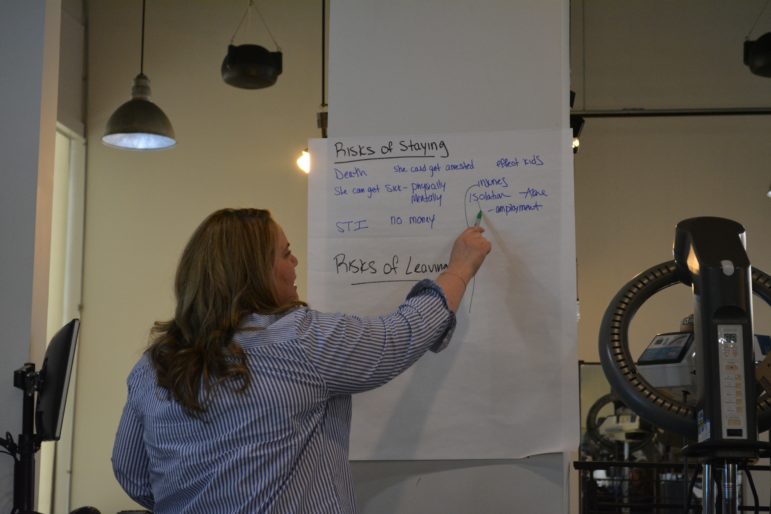 Meredith Gold asked the audience of salon professionals to create a list of risks of staying and risks of leaving an abusive relationship. July 7, 2017 Photo: Sadie Smith

Meredith, Leslie, and Yajaira said salons are sometimes one of few places abused individuals are allowed to go to by their abusers.

That makes positive connections with stylists beneficial to the mental health of victims. Stylists can potentially assist by following the pattern: recognize, respond, refer.

“Domestic violence is one of the most underreported crimes in the country,” Meredith said.

With salon professionals’ help, more victims may reach out to the YWCA’s services for advice, support, and even legal advocacy.

In that vein, the YWCA team hopes to be a resource for victims and for allies of victims with their free and anonymous services.

In terms of identifying abuse, Leslie said it may not be clear when someone has been physically abused.

“Abusers are very much in control of what they are doing, so they will try to conceal injuries,” Leslie said.

This follows the fact that abusive relationships are based on one person’s power and control over another. 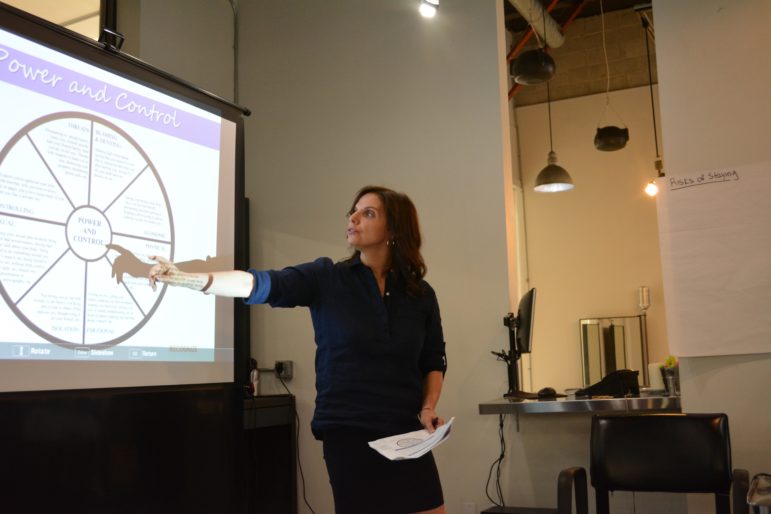 Abusive relationships follow a cycle throughout which there is a honeymoon phase, a tension-building phase, and an explosive phase. Yajaira described that each of these can last in varying time frames, making it sometimes difficult for an abused person to recognize that his or her relationship is not healthy.

On the thread of lack of transparency, image of an abuser that one pictures may not match reality. For example, Leslie described that someone who appears to be an upstanding citizen and a “good” family man or woman, may in fact be painting himself or herself that way to further maintain power and manipulation. She referenced the HBO series “Big Little Lies,” as an example of this dynamic. 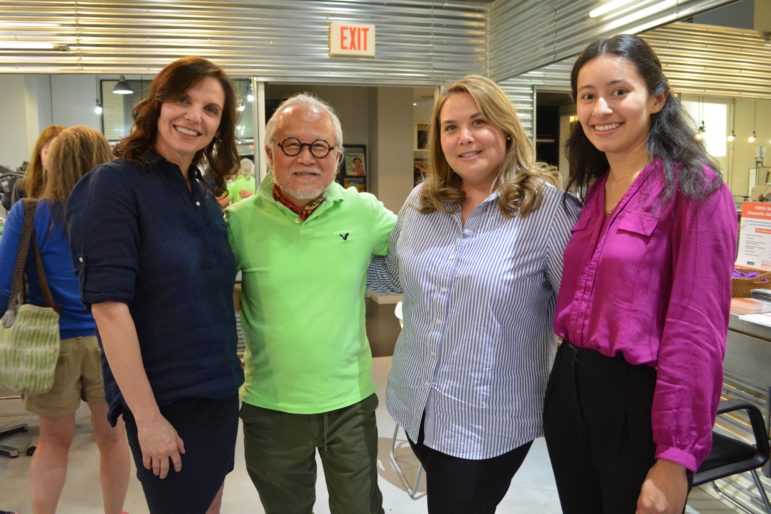 Yajaira, Meredith, and Leslie collaborated with their audience to create a list of “Risks of Staying” in an abusive relationship.

Some risks included: death, mental or physical illness, effects on children, injuries, isolation, and loss of employment. When brainstorming the “Risks of Leaving,” one audience member cleverly stated that they were the same as the risks of staying.

Ultimately, salon professionals are not expected to put themselves at risk or give specific advice to those who have been abused by partners or other family members.

According to experts, the best thing for them to say is, “I know where to get help,” and to be a link between their clients and domestic violence services.

Beyond salon professionals, other businesses that see clients regularly can become informed about domestic violence and become links between clients to professional resources. 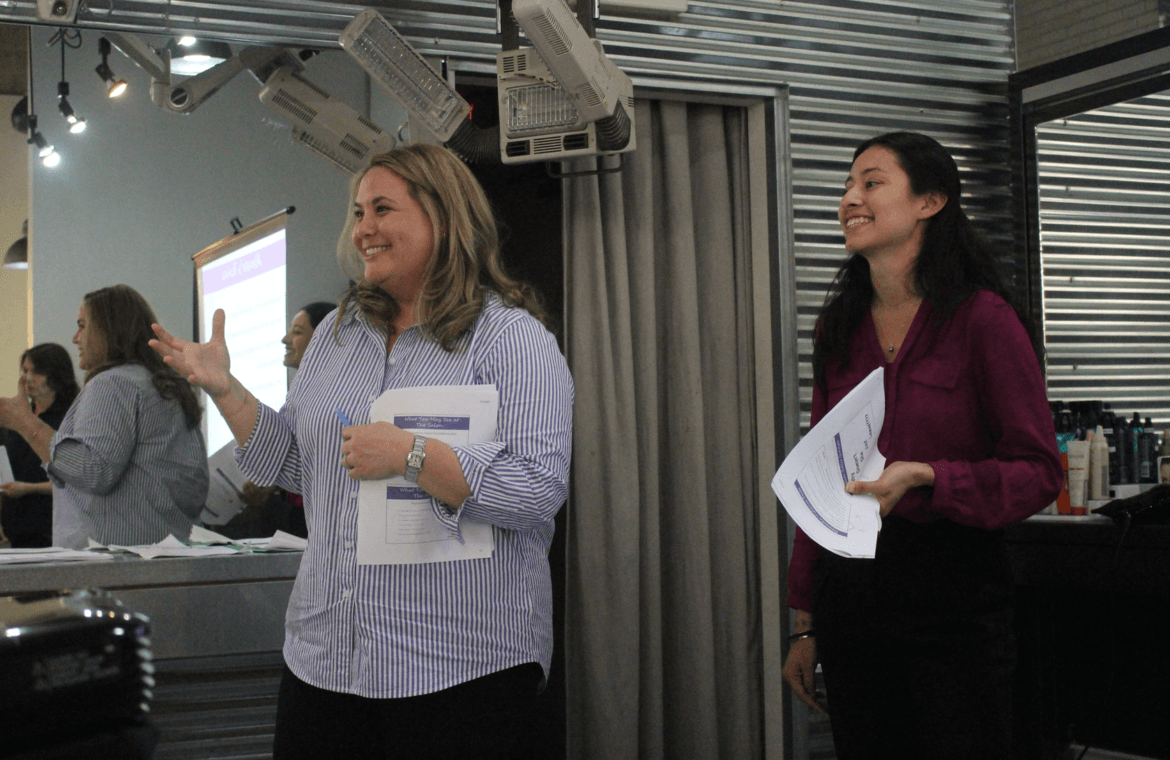 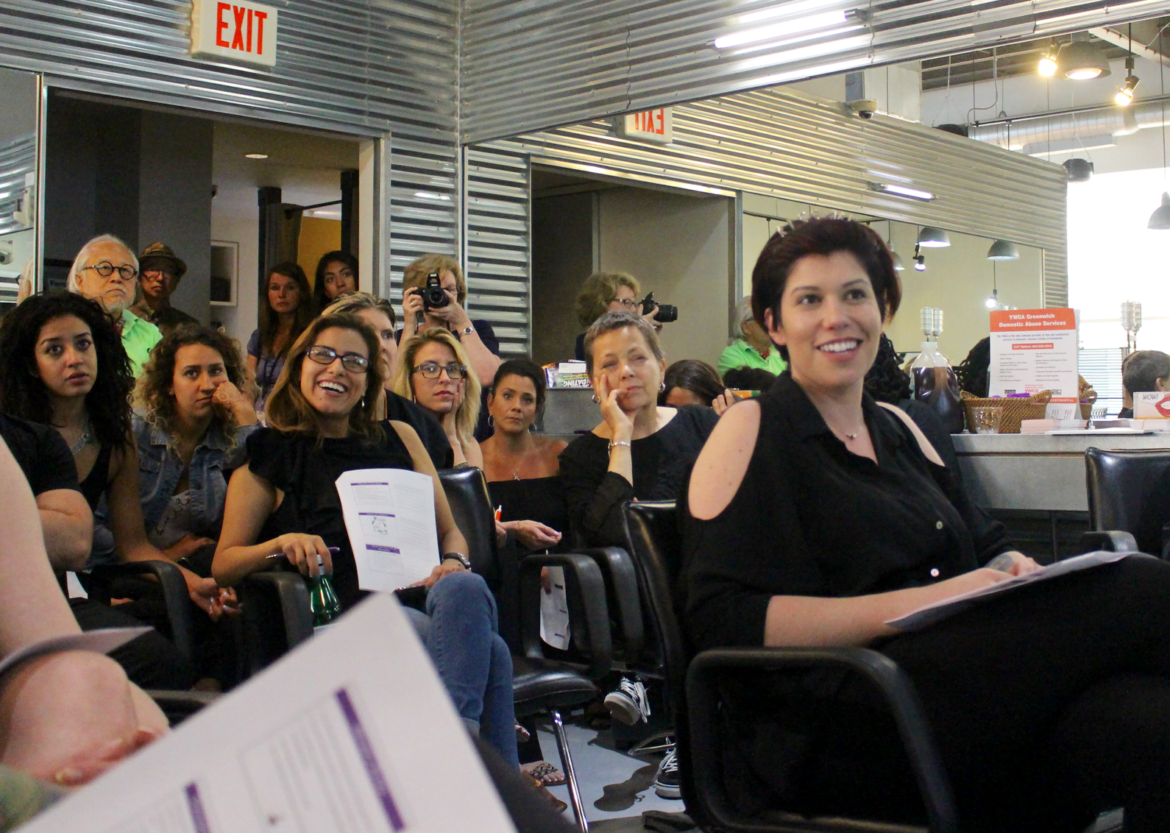 About two dozen stylists at Hopscotch attended a talk about signs of domestic violence and how to help presented by the YWCA of Greenwich on Friday July 7, 2017 Photo: Sadie Smith