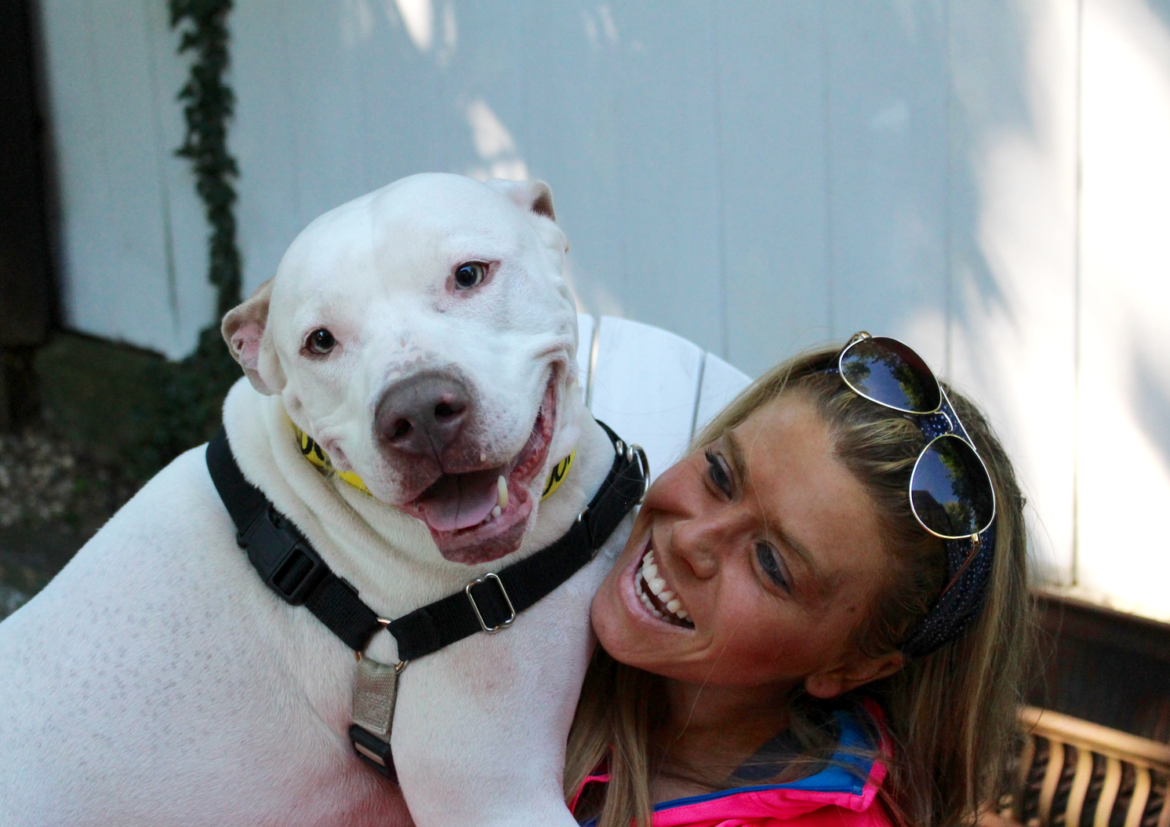 Boone is a 3-year old pit bull mix who weighs about 80 lbs. Local rescuer Tina Aronson described him as a big boy who is a total marshmallow.

Tina Aronson, who volunteers with Cat Assistance NY, said that Boone was pulled from NYC Animal Care and Control (ACC). He was rescued from death row and is currently living in foster care with Anya Kopchinsky.

Cat Assistance has been around for 10 years now and has helped to rescue both cats and dogs from being euthanized. The team’s major destinations are Brooklyn, Manhattan, and Staten Island. Tina shared how in the last month, 63 dogs have been put down.

Tina described Boone as “super friendly and wiggly” and that he is great with other dogs. In fact, he made the rounds of a fundraiser, Goose’s Bark for Life, two weeks ago with his friend Goose, where he made many friends. 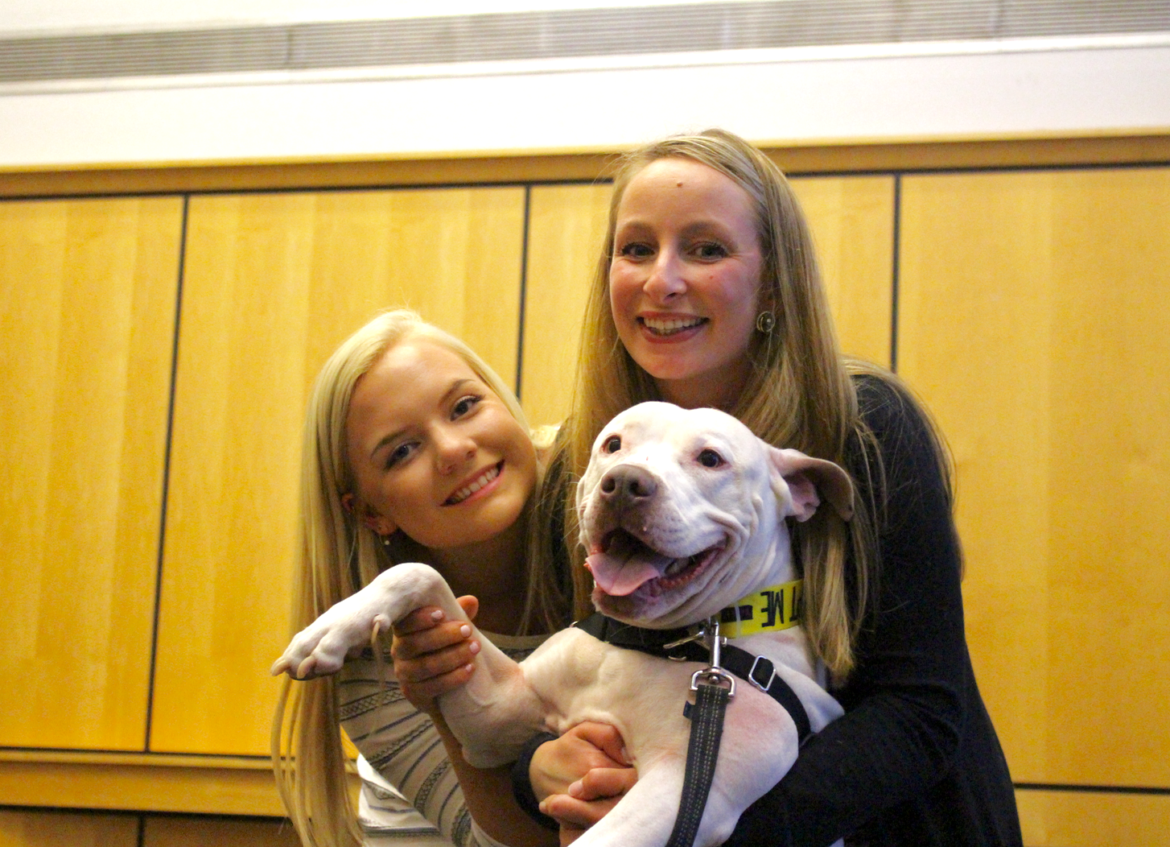 She also shared that he is great on a leash and likes walks on the beach. Fellow volunteer Jackie Bedrin said Boone’s face lights up when he’s with children.

Both Tina and Jackie said that pit bulls are one of friendliest and lovable types of dogs. Something to keep in mind is there is no such thing as a bad dog, but only a bad owner!

For more information about Boone contact Tina at [email protected] 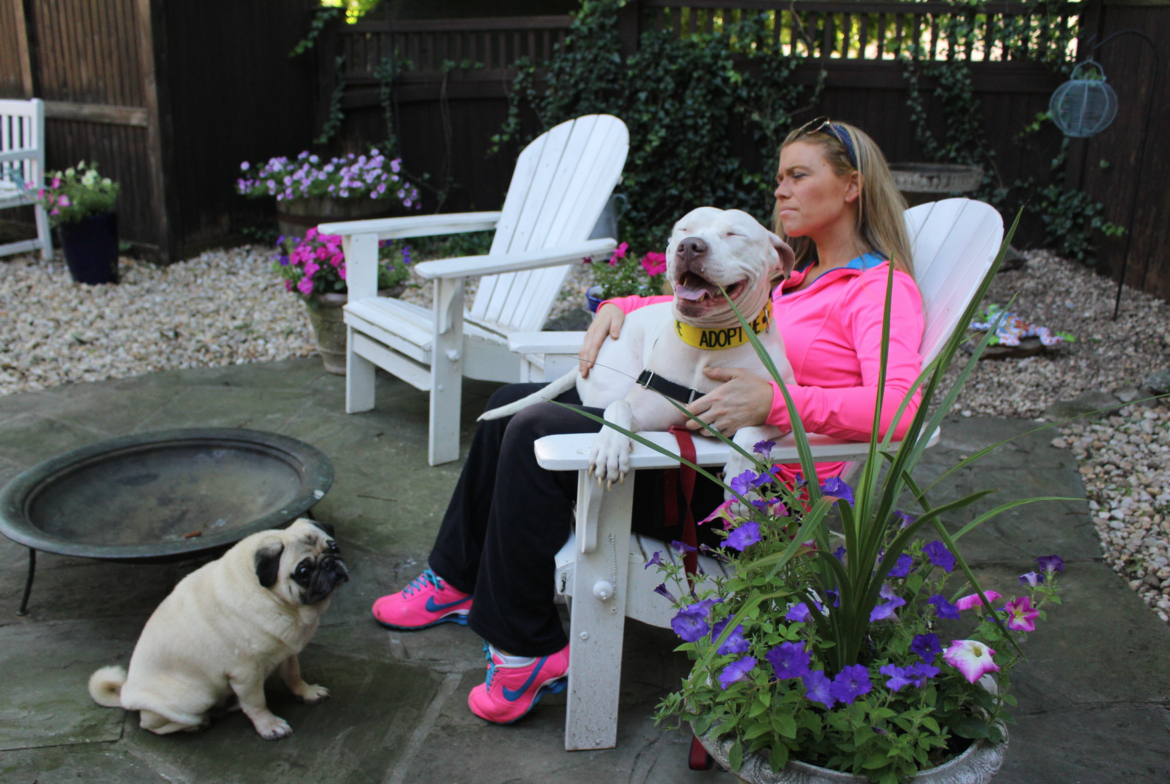 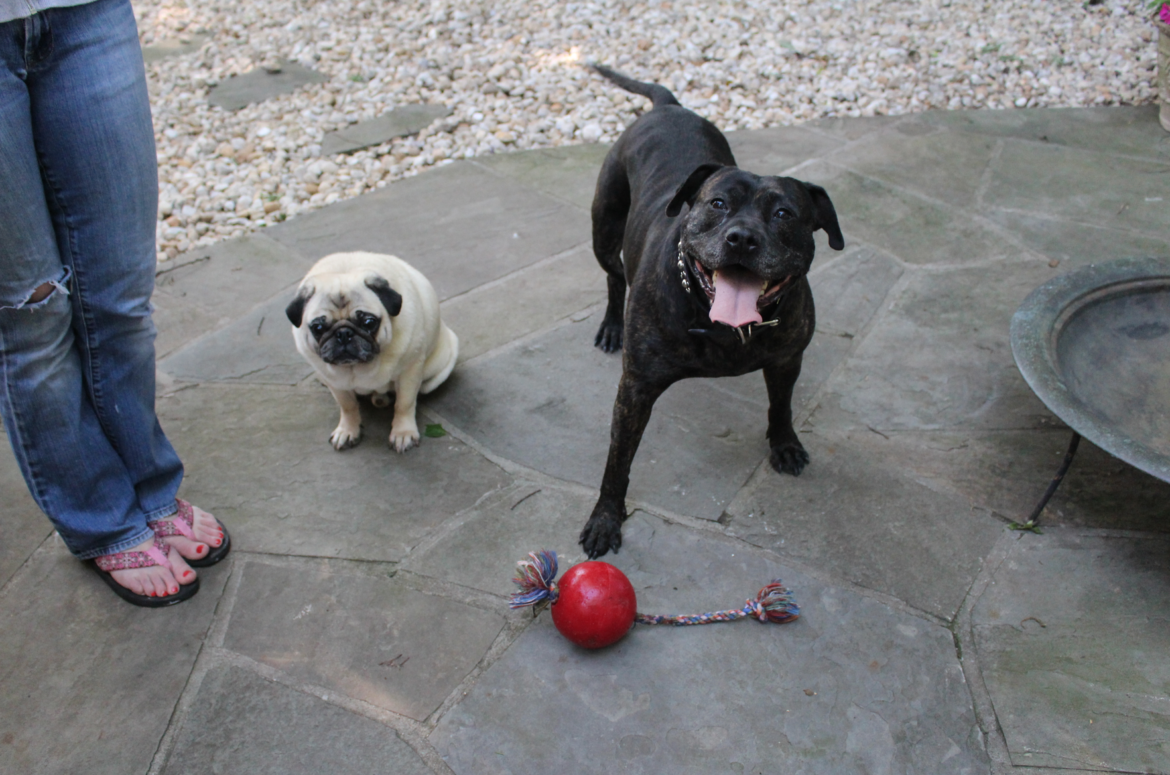 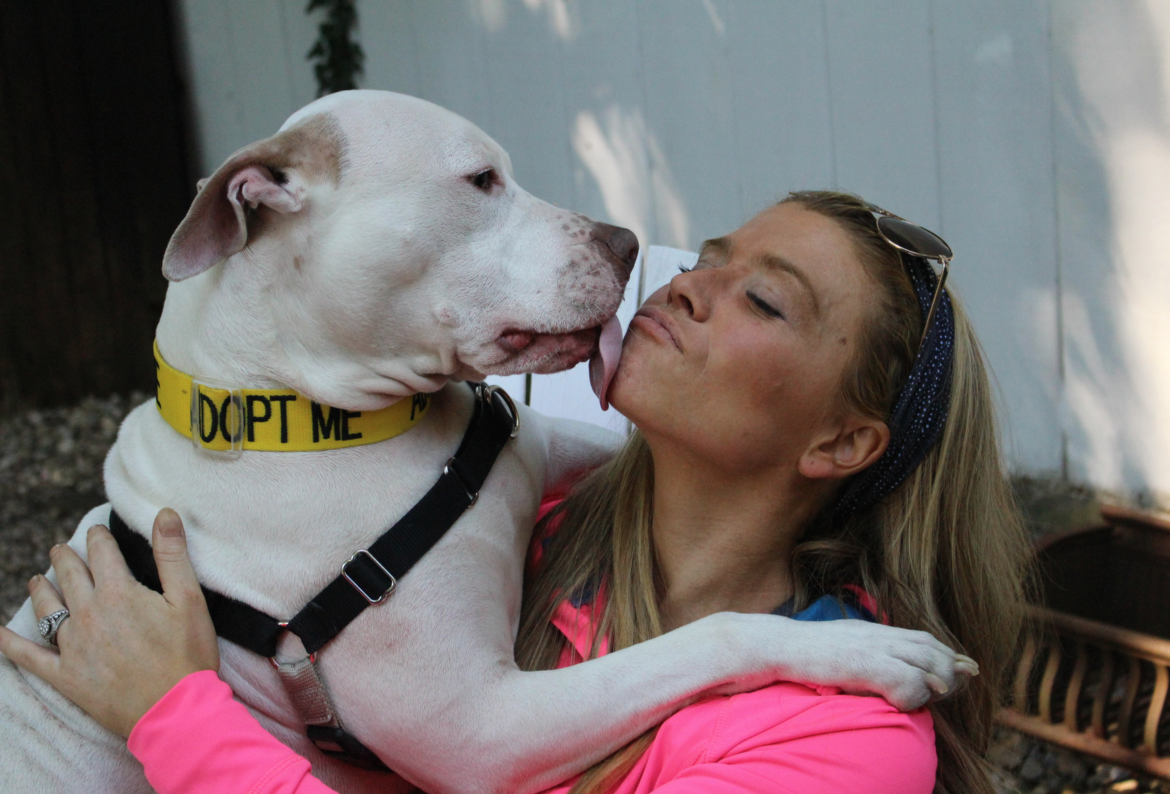 Fan’s of Goose Celebrate His “Bark for Life”

Grateful Rescue Dog, Goose, Invites You to His “Bark for Life”