Tina, Amanda and Anya – the Pit Stop trio – made a stop at Pet Pantry in Greenwich on Railroad Ave on Saturday with two amazing rescue dogs.

Sheila is a super sweet 5-year-old pit mix who the Pit Stop crew pulled from New York City Animal Care & Control. Sheila had been hit and dragged by a car and had a serious gash on her head.

The Pit Stop crew raised funds for her medical care and nursed her back to health. She has healed up beautifully and her personality has blossomed. “She is a silly goofball who is very sociable and gets along with all other dogs – she’s just unphased,” said Tina Aronson of Pit Stop, which falls under the umbrella of Cat Assistance, a 501c3 not for profit. “She’s bombproof.” 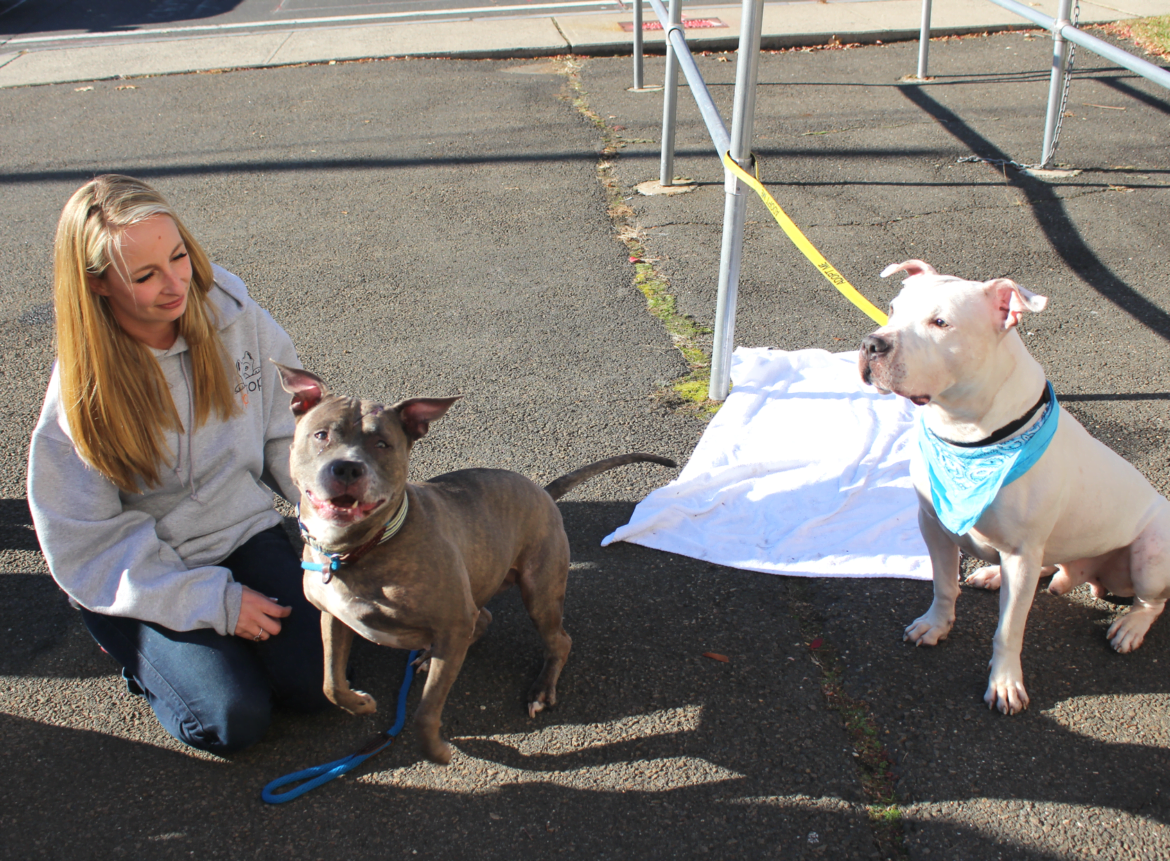 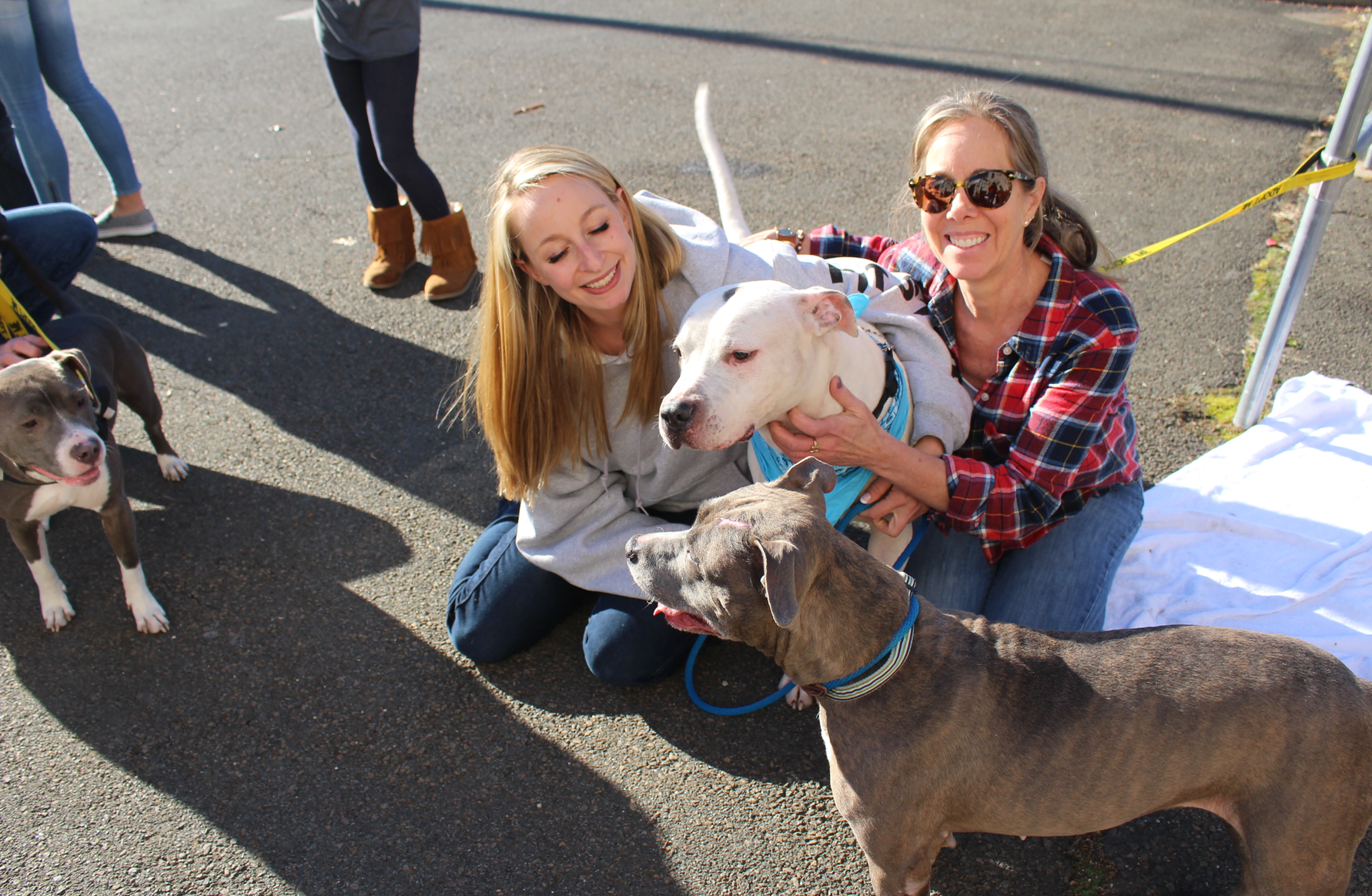 With Sheila on Saturday was Lex, another pit mix pulled from NYC ACC by Pit Stop. One look at Lex says it all: calm.

Tina said Lex doesn’t like cats, but loves his people. “He was brought in to animal control and dumped there by his owner,” Tina said. “We found him just crying out loud – it was a high pitch crying that was heartbreaking. He was flat on his stomach, legs splayed out and bleeding after trying to get out of the cage at animal control.”

Lex is being fostered in Greenwich with Tina, who said since being abandoned, Lex likes to have her present. He gets along with her other dogs – a Pit mix and a Pug – and is a great companion.

To inquire about Lex or Sheila contact Tina at @[email protected]

Thank you to Pet Pantry for providing a venue for Pit Stop and other local rescue groups to introduce these loving animals to potential adopters. 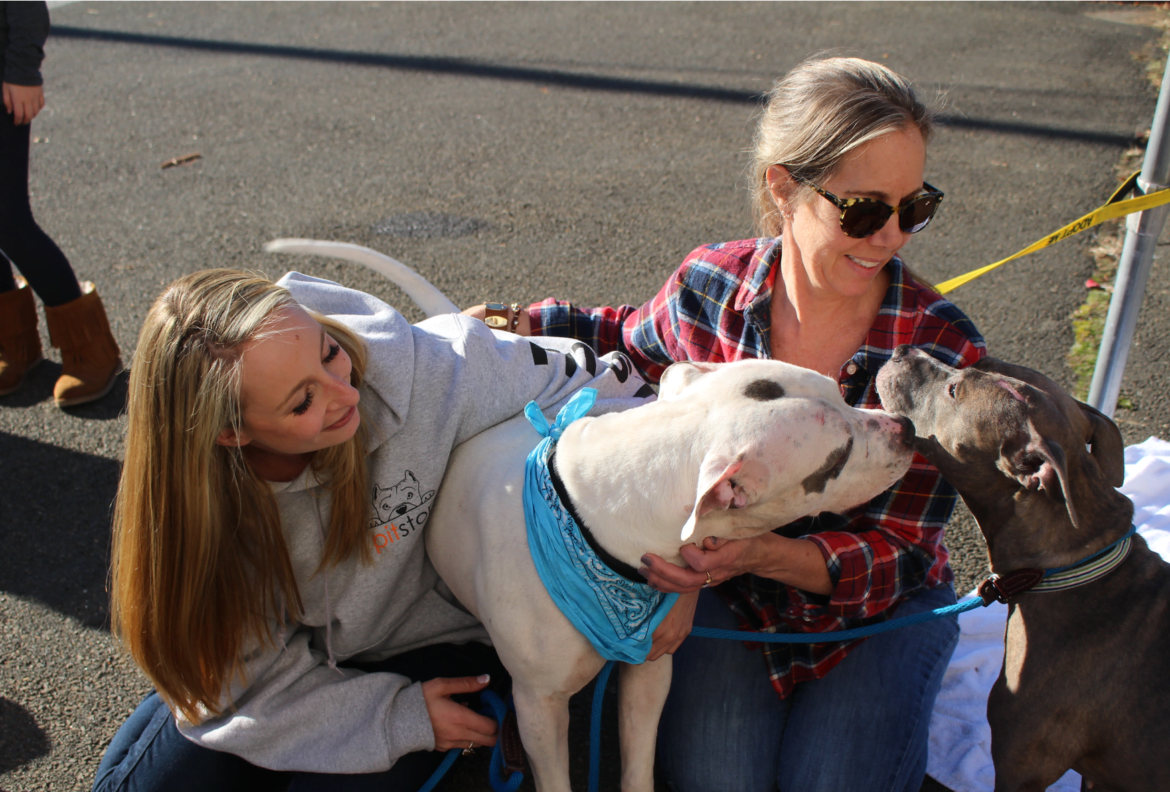 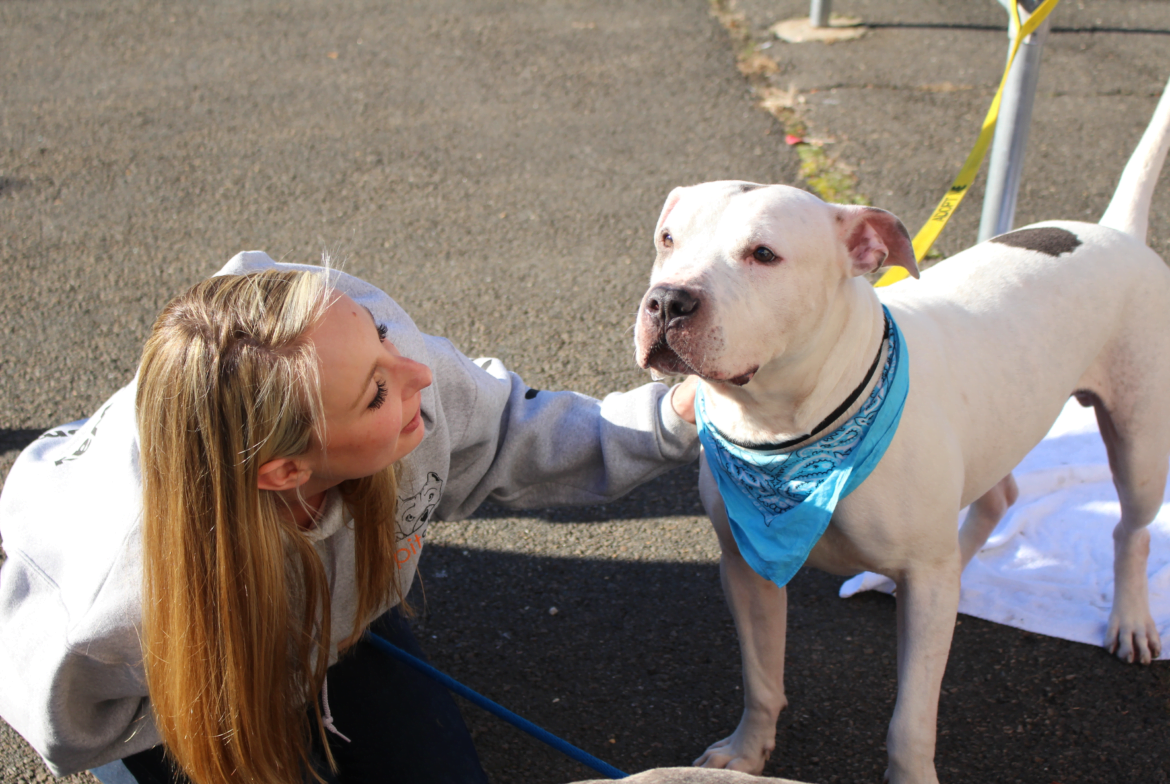