Both LaPadula and Heavey live in Greenwich and are actively involved in the Council, not only on the Board but also as fathers of Cub and Boy Scouts.

“We are excited to announce the selection of Vince LaPadula and Jim Heavey for the top volunteer leadership positions of the Greenwich Council known as the Key 3,” said Kevin O’Shea, Scout Executive. Local Boy Scout Councils are headed by a collective of leaders known as the “Key 3”, consisting of the Scout Executive, Council President and Council Commissioner. 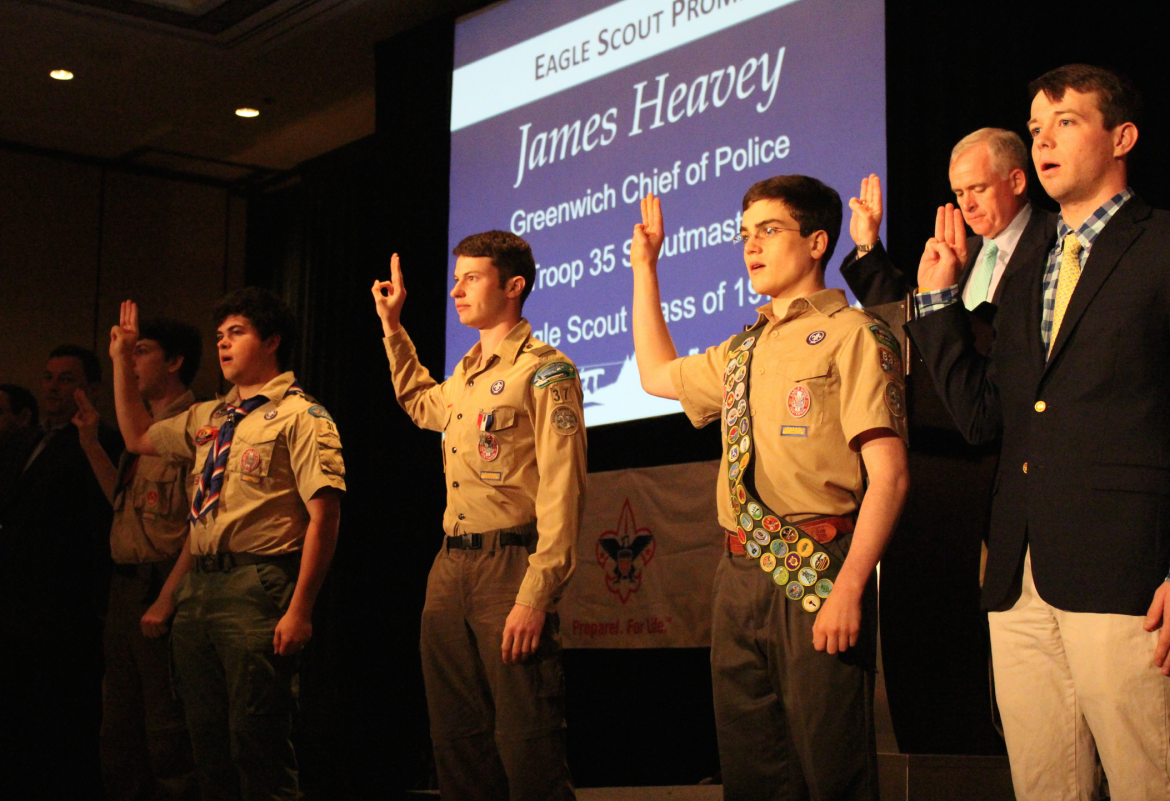 The mission of the Greenwich Council, BSA is to prepare young people to make ethical and moral choices over their lifetimes by instilling in them the value of the Scout Oath and Law. The vision of the Greenwich Council is to give every youth the opportunity to become a Scout, to play an essential role in their development and thus to make a difference in their lives.

Vincent LaPadula, Greenwich Council President, is an Eagle Scout and an Order of the Arrow Vigil member. He is the Global Head of Capital Advisory for J.P. Morgan Private Bank. Vince serves as a member of the Global Wealth Management Operating Committee and the Reputational Risk Committee. Mr. LaPadula holds a B.S. from the State University of New York, a Masters in Public Administration from City University of New York and a J.D. from St. John’s University School of Law. He is a resident of Greenwich, CT with his wife, Christine, and two sons, both of whom are Cub Scouts in Pack 37, which meets at the Round Hill Community Church.

Vince would like to see Cub Scouts and Boy Scouts take advantage more often of the Council’s Seton Scout Resevation. “I believe Scouting makes boys better citizens of our community and our nation. At the Council, we believe in getting boys outside and enjoying camping at our great Camp Seton. I was lucky to learn life-long skills as a Scout” said LaPadula.

Check out the Greenwich Scouting website for more information on all their programs.