So what exactly is Greenwich Scouting’s Klondike Derby? Held at Seton Scout Reservation, the derby is essentially a competition where scouting skills come into play and troops are judged on a point system. All troops are encouraged to participate, which meant bringing along a sled – that meant no wheels, and no more than eight boys per sled.

The derby spanned two days as it featured a camping overnight. On Saturday, about 60 boys from eight troops moved from station to station, where judges determined how many points they would earn. 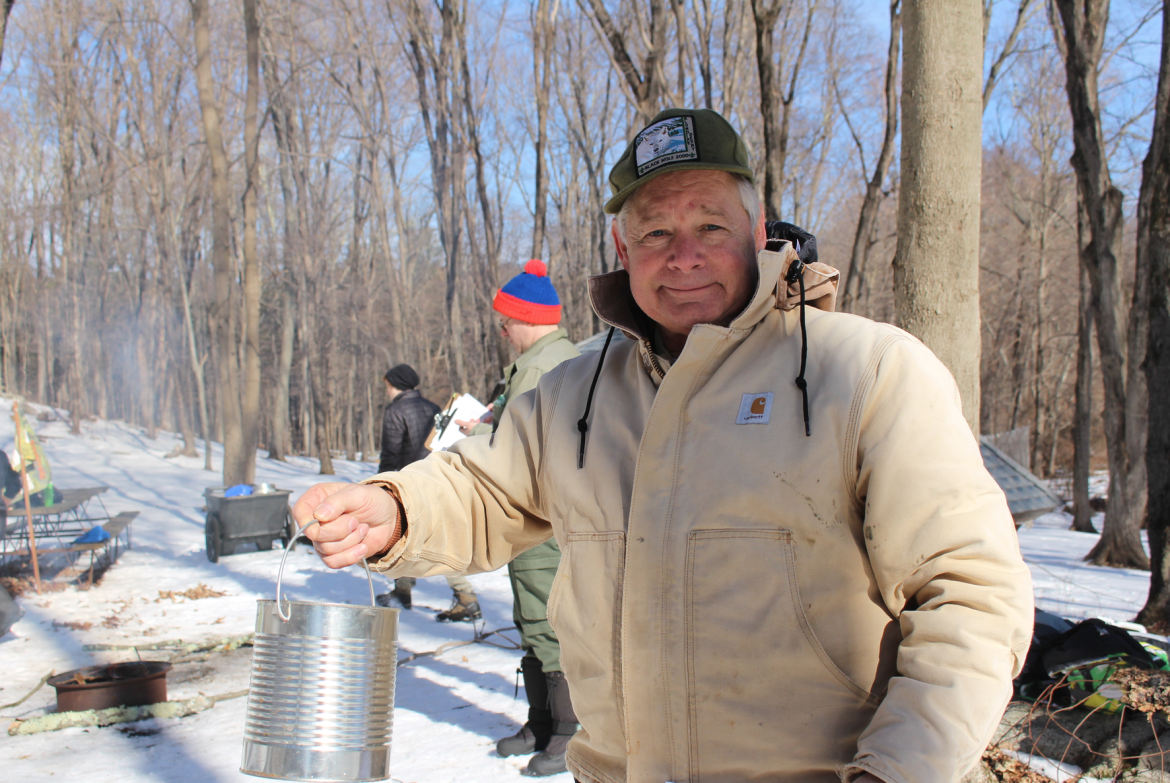 Scout Master Rob Neilsen, with 37 years of scouting under his belt. Mr. Neilsen was overseeing the fire building station on Saturday, during the Klondike Derby at Camp Seton. Jan. 30, 2016 Credit: Leslie Yager

According to longtime Troop 37 Scout Master Rob Neilsen, whose troop meets at Round Hill Community Church, the winning troop typically accrues in the vicinity of 95 points.

On Saturday, Mr. Neilsen, who was judging the Fire Building challenge, along  with Alex Zisson from the Cub Scout Pack 37 (grades 1-5).

Mr. Neilsen said the boys are challenged to boil water over an open fire, cook four strands of spaghetti and tie one into a square knot. Sound hard? The boys were limited to using materials carried on their sleds to build the fire and start it with flint and steel (no matches). On top of all that, the exercise was timed!

The Klondike Derby gives Boy Scouts a chance not only to brave the elements, but also demonstrate character. There are eight aspects of the challenge including a Tomahawk Throw, which this year was adapted to avoid losing tomahawks in the snow. The boys instead used sling shots.

Other challenges include a gully crossing, shelter building, orienteering, Iditarod and First Aid challenge. Each year there is also a mystery event, which this year it involved additional elements of first aid.

The boys all cooked a hot meal and were awarded extra points for offering the scout leaders some lunch. 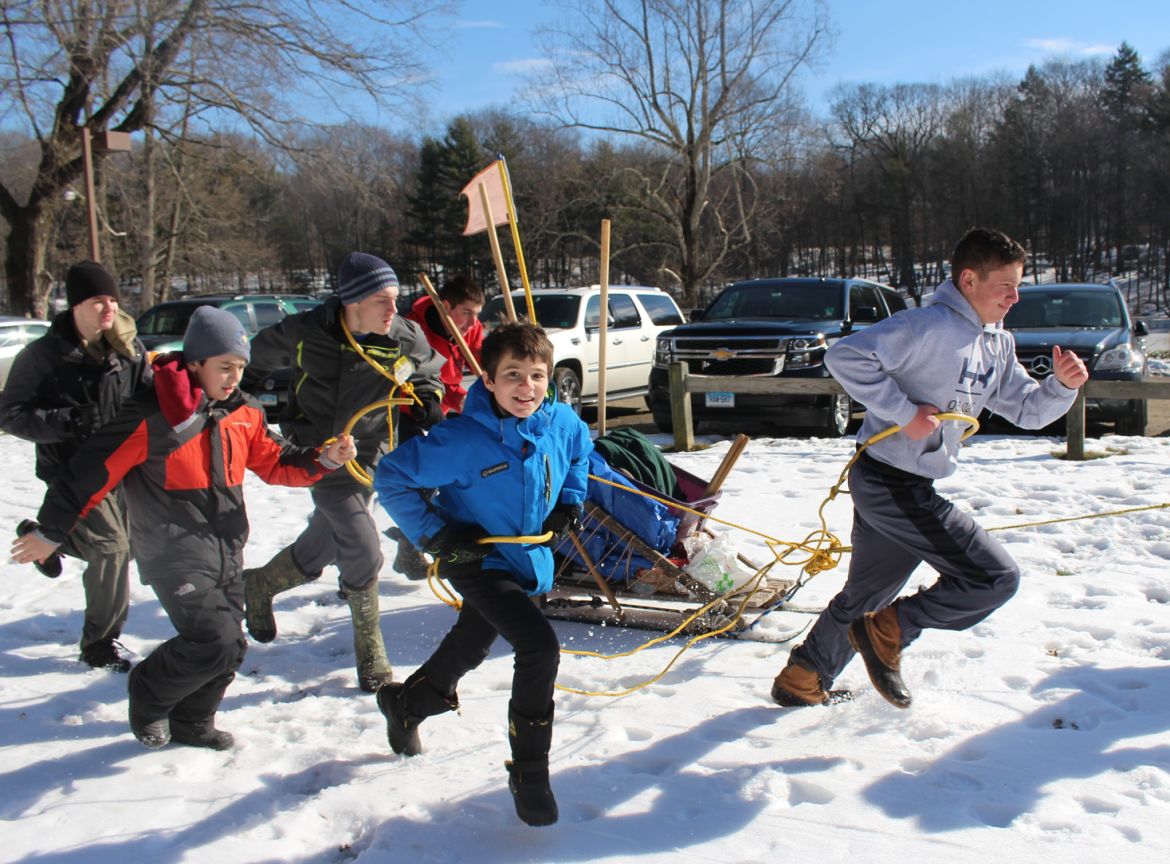 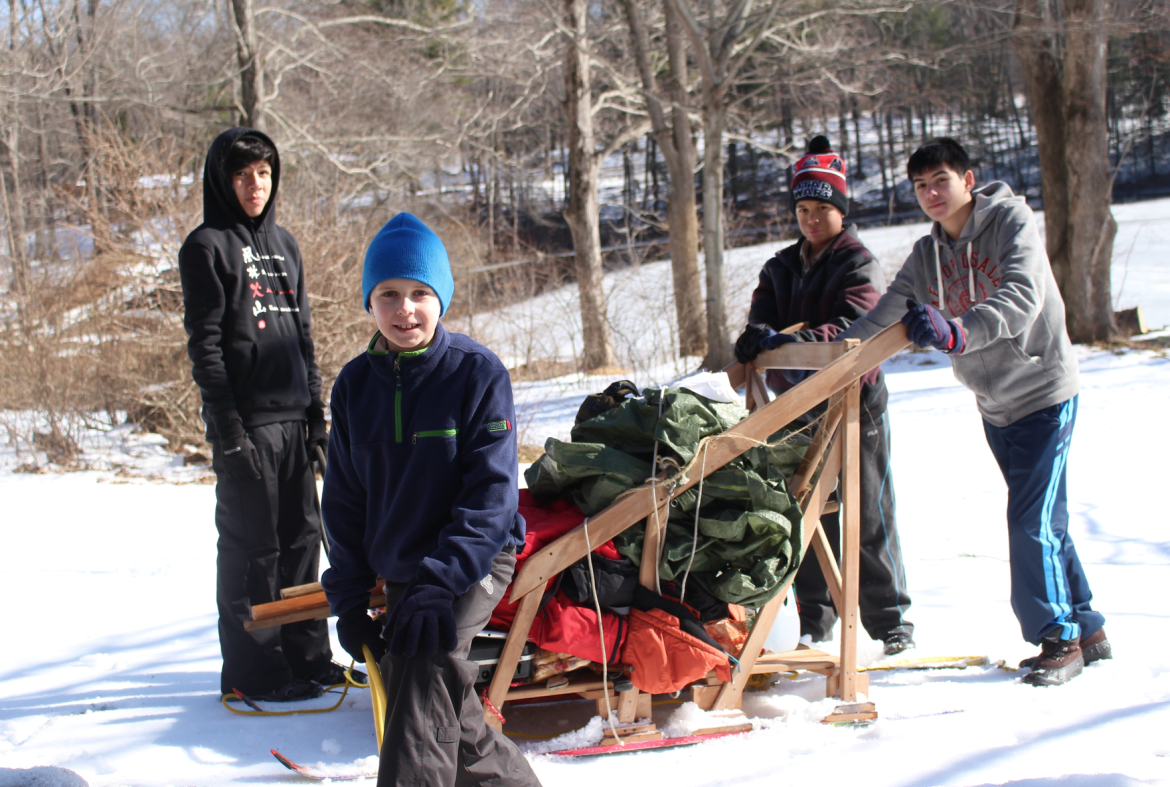 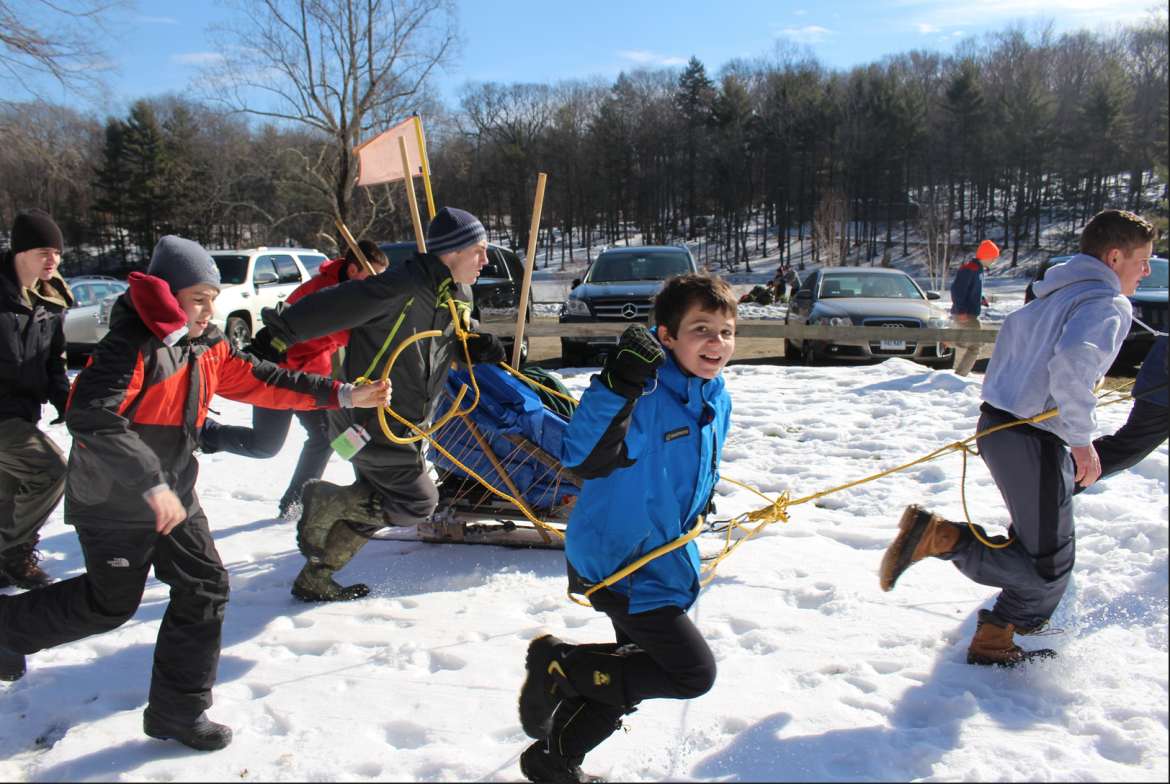 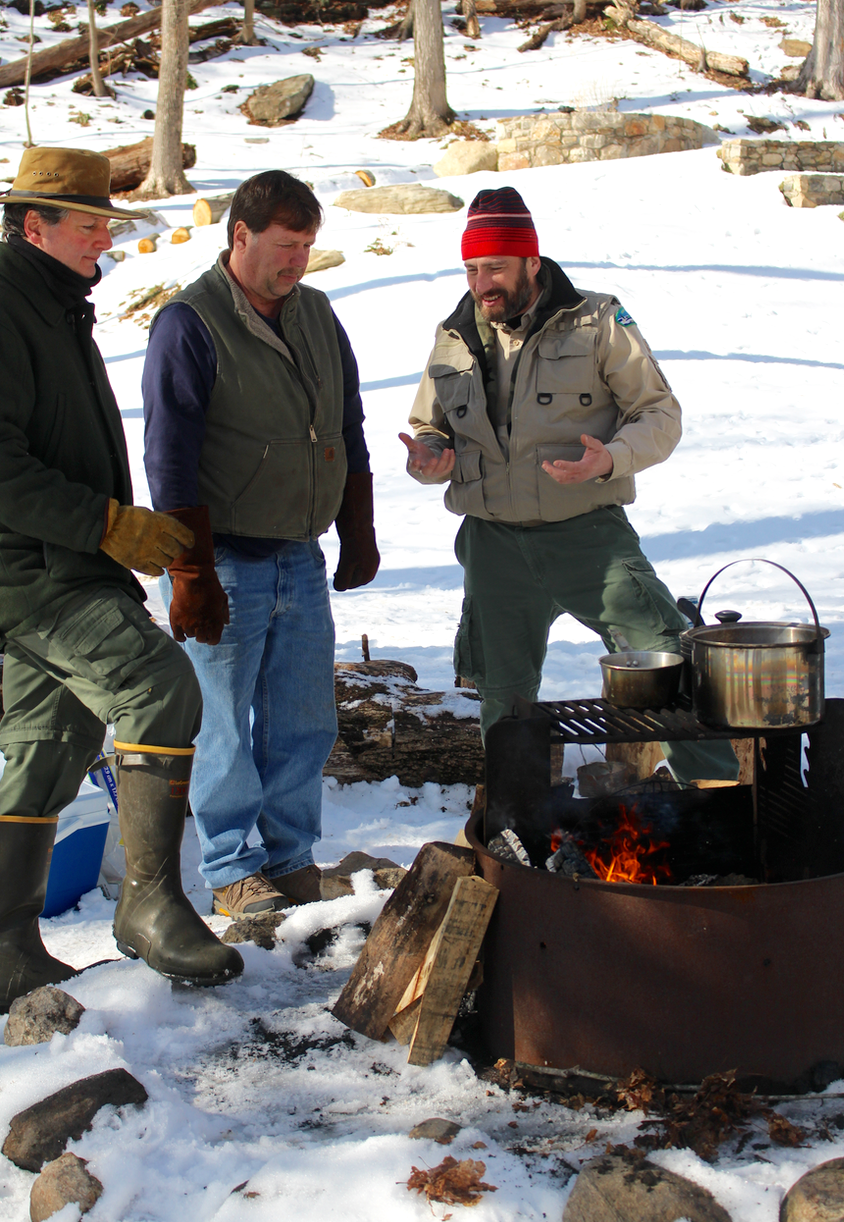 At the Fire Building challenge, boys had to start a fire with items on their sleds, but no matches. They had to boil water, cook spaghetti and tie a square knot with one strand of spaghetti. Jan. 30, 2016 Credit: Leslie Yager 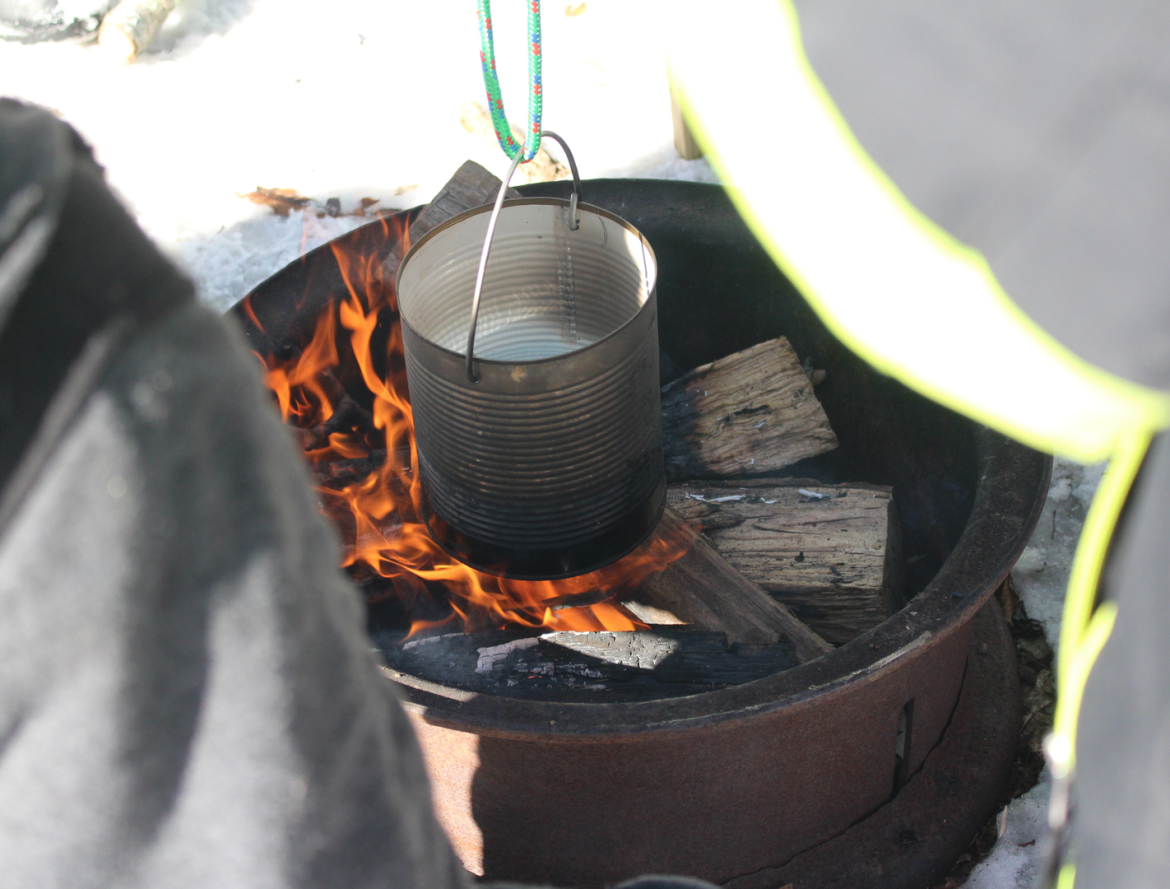 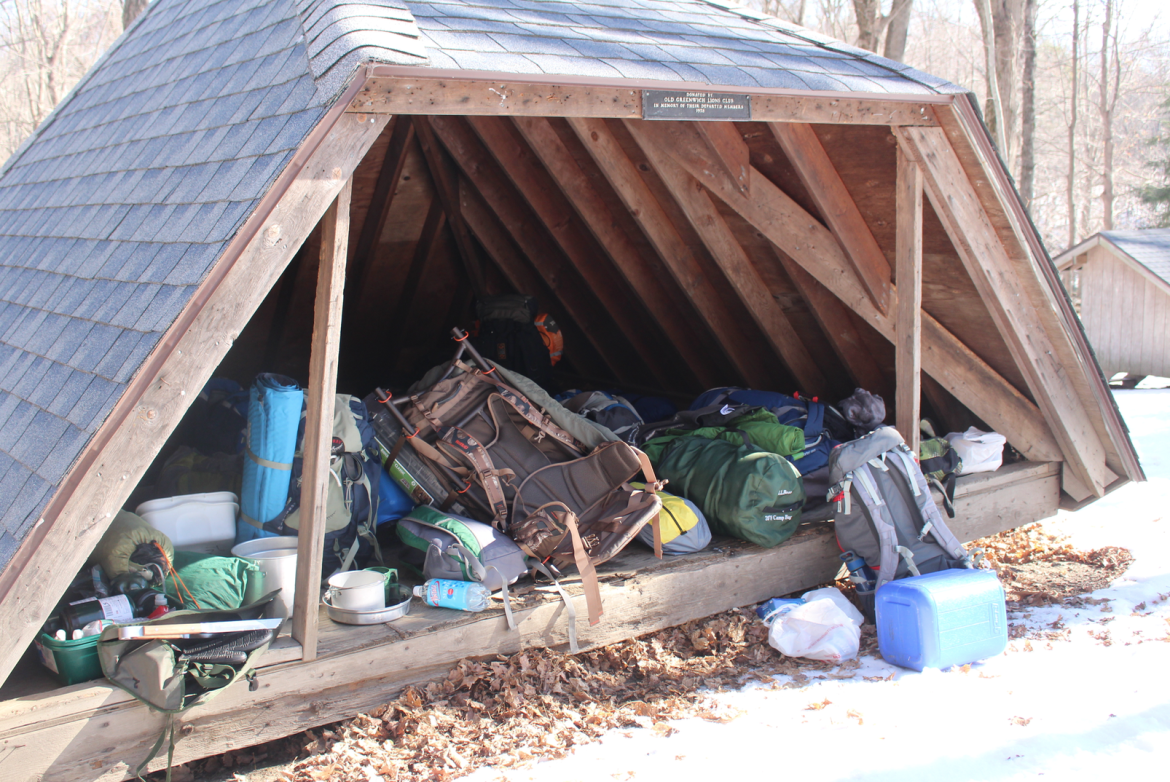 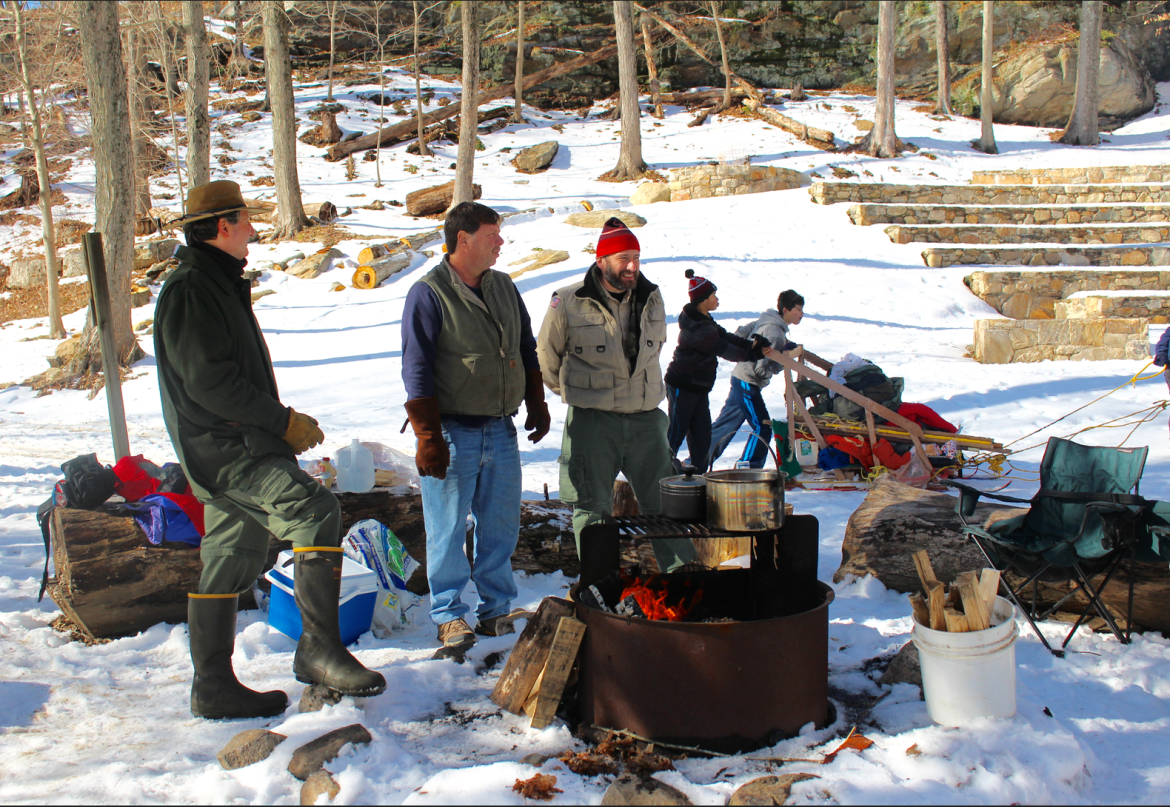 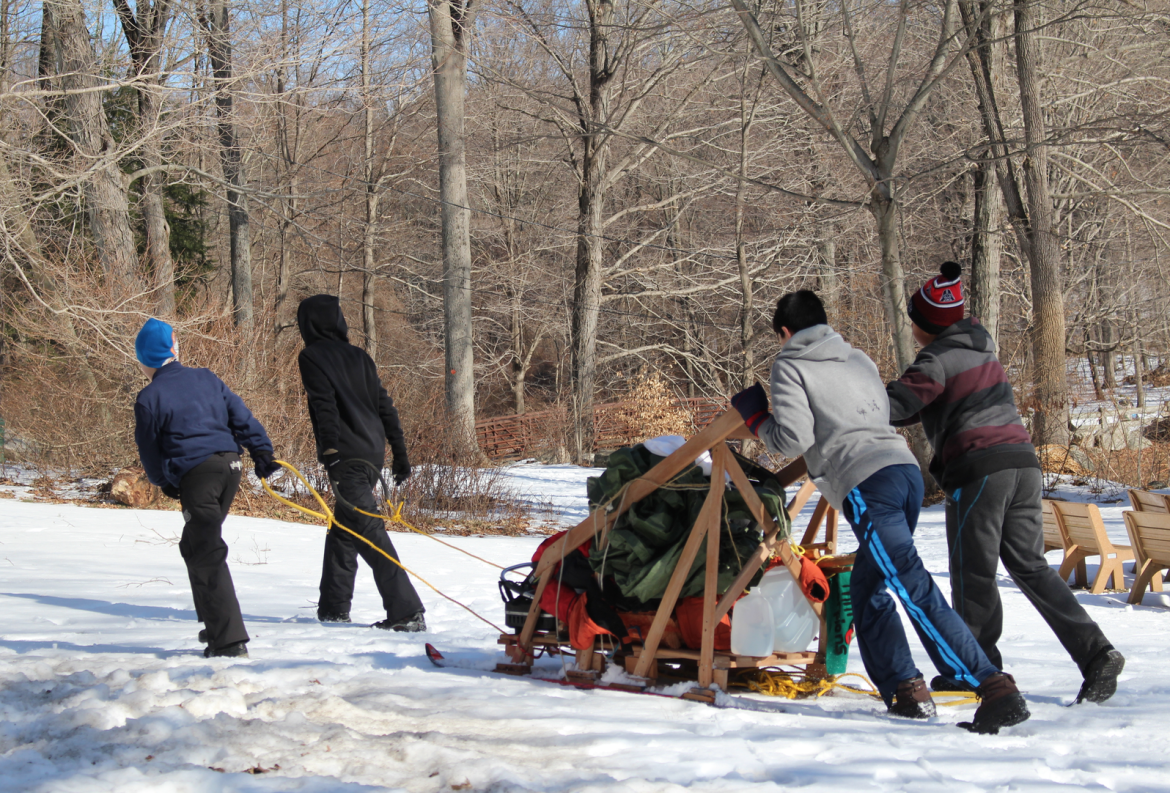 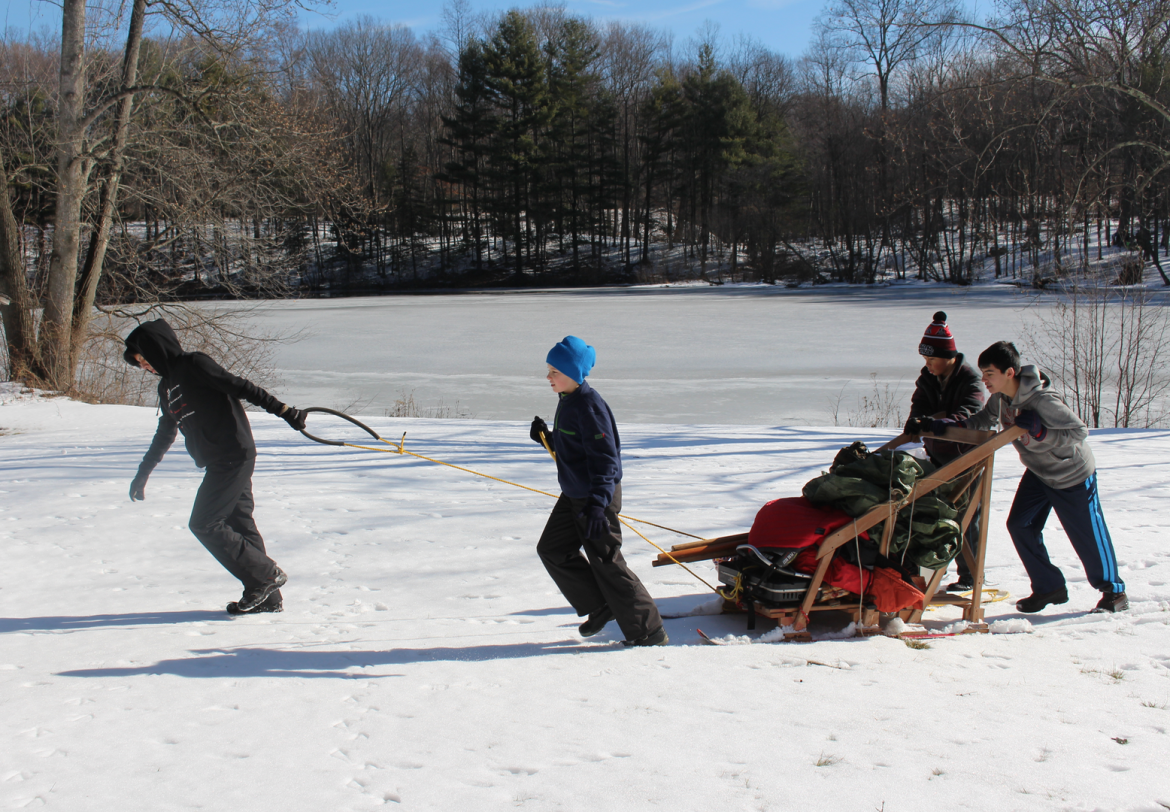 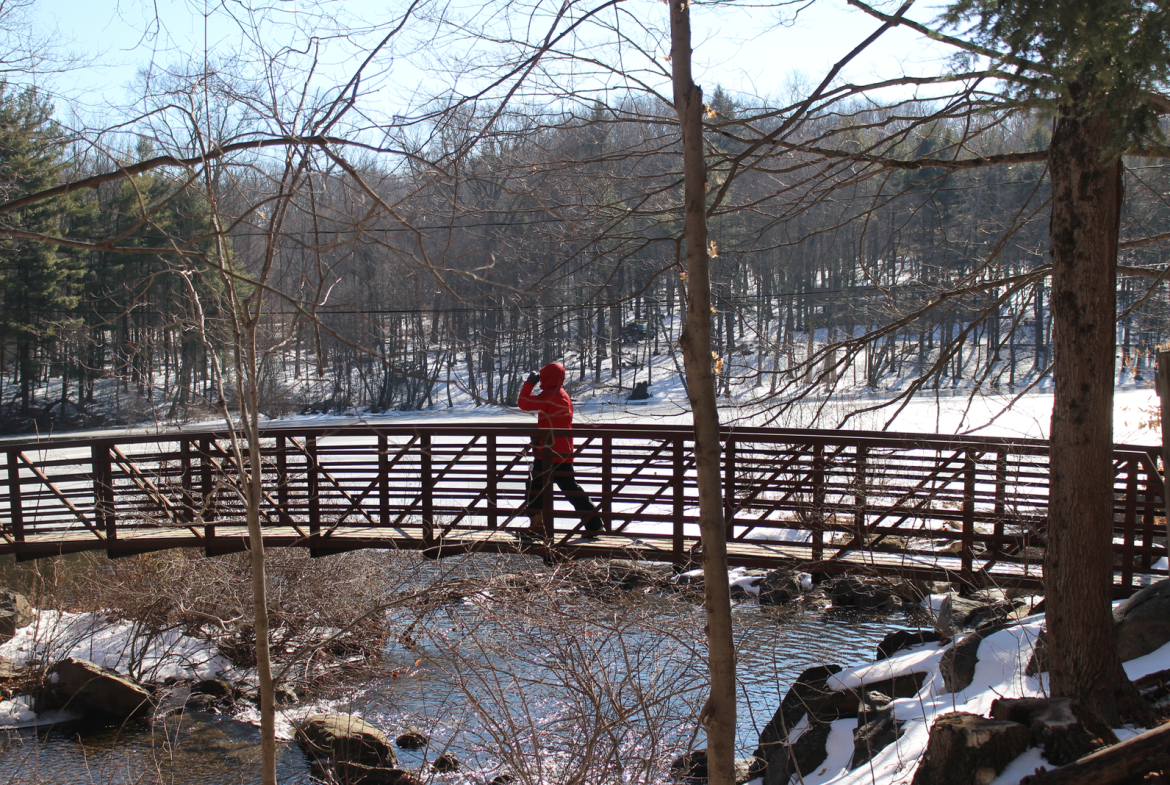 Boys yearn for outdoor programs that stir their imagination and interest.  At Camp Seton, boys have opportunities to acquire skills and complete challenges they first thought were beyond their ability.

Camp Seton is owned and operated by the Greenwich Council, Boy Scouts of America.  It is a BSA Nationally Accredited Camp.  Find out more about summer camp at Camp Seton here.