Tempers didn’t flare, but one could almost hear the gritting of teeth among Cos Cob neighbors of the proposed Greenwich Reform Synagogue (GRS) at Tuesday’s P&Z meeting. 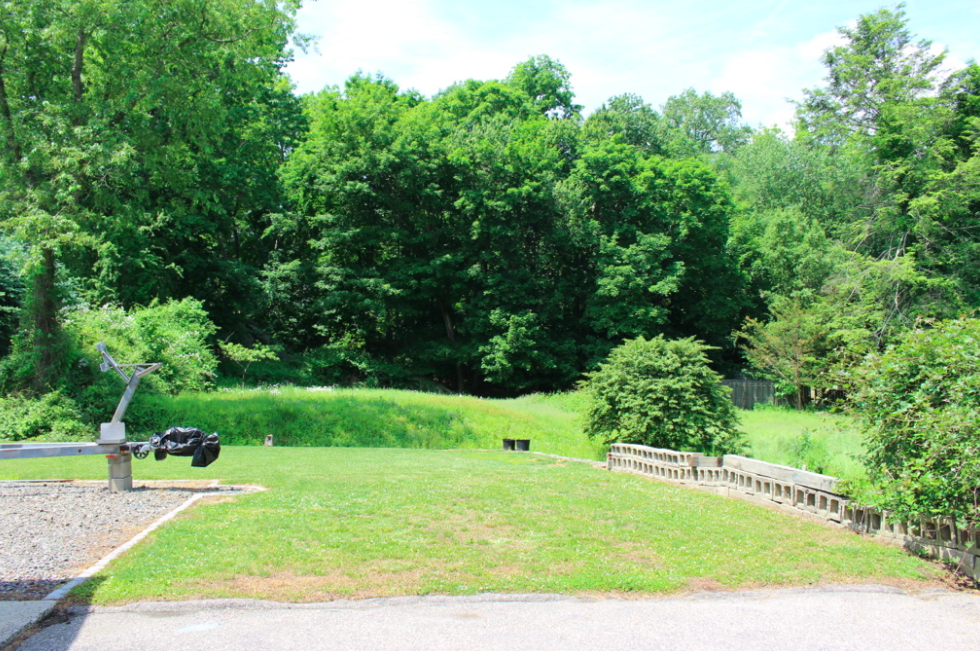 After waiting two hours into the meeting for public comments, neighbors took turns at the mic to voice their concerns. One by one they shared their fears about parking spilling onto residential streets surrounding the proposed house of worship 92 Orchard Street, despite the proposal having met the P&Z standard of one parking space for every three visitors.

Rabbi Andrew R. Sklarz said that occasional large events such as weddings, funerals and services on high holy days, which draw a larger larger turnout, would be accommodated by an arrangement with both Central Middle School and the Baptist Church for overflow parking, with shuttle bus services provided. 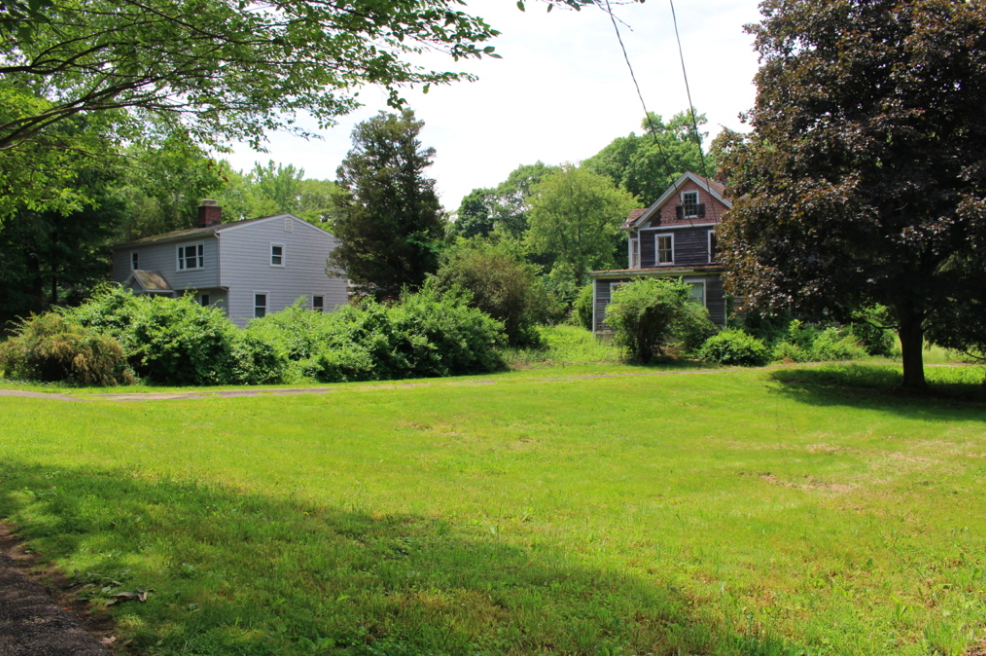 View of 90 and 92 Orchard Street in Cos Cob from the sidewalk. Credit: Leslie Yager

Cos Cob resident Ned Glenn asked GRS congregants for a show of hands. About 75 hands shot up on the right side of the meeting room. Asked which of them lived in close proximity to the proposed site in Cos Cob, none raised their hands. Another show of hands of those in close proximity to the site in Cos Cob resulted in an equal number of hands raised by those on the left side of the room. There was much muttering and eye rolling on both sides of the aisle at the exercise. 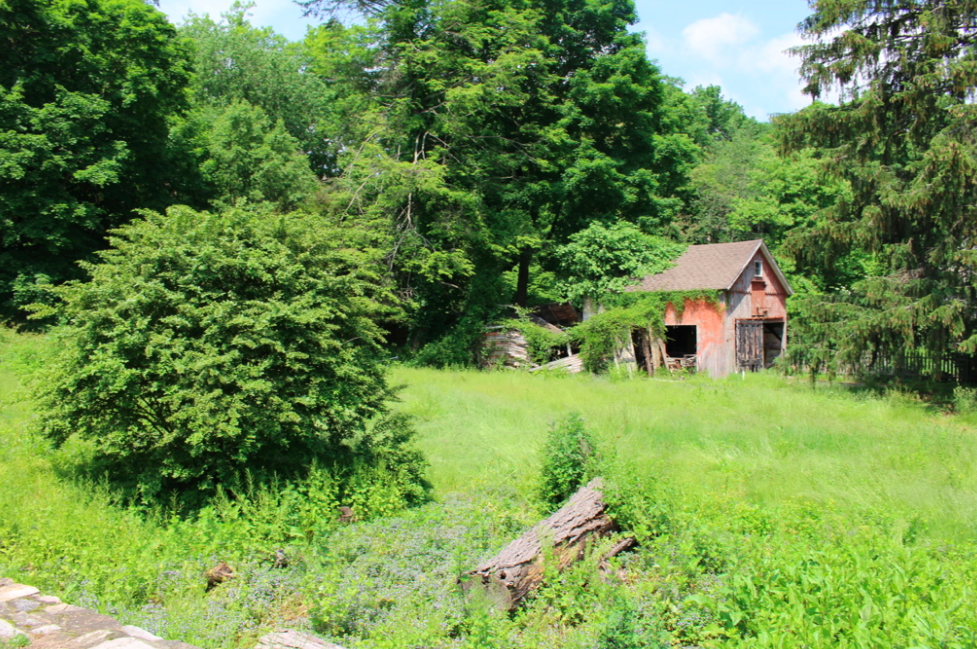 View of the rear of 92 Orchard St in Cos Cob, the proposed site for the Greenwich Reform Synagogue’s house of worship. Credit: Leslie Yager 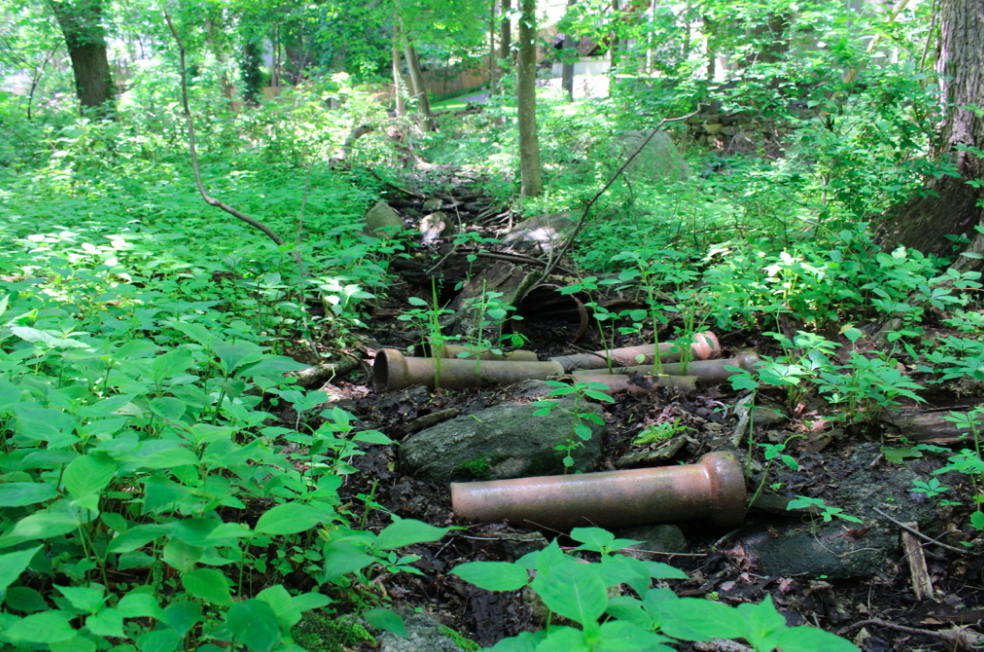 Part of the property behind 92 Orchard Street in Cos Cob owned by Greenwich Reform Synagogue. Credit: Leslie Yager

Tom Dianis, whose back yard on Valleywood abuts the property of the proposed synagogue, spoke to the list of nine conditions Mr. Heagney agreed to on behalf of GRS.

“I’m asking for additional conditions,” Dianis said. “I’m asking that the plantings that they have talked to neighbors about be a condition of approval.”

Dianis also expressed concerns about noise from machinery such as air conditioners or generators. On the topic of blasting and rock crushing, he said he’d like to see a schedule of how many days per week and hours per day the work would take place.

“This noise is going to impact the neighborhood,” Dianis said. “I don’t know exactly what is reasonable.”

Mario Coppola, an attorney representing Cos Cob Families Fighting for Residential Rights, CCFFRR spoke at length on their behalf. Expressing neighbors’ concerns about parking, he had a tense moment with alternate Andy Fox about the one spot for three guests formula, which Fox said was “standard” and had been satisfied. Coppola insisted the three-for-one was a “minimum” and possibly not adequate, if, for example, people arrived two to a car.

What is “Adequate” Parking?

“People aren’t going to go to the policeman to be directed to overflow at Baptist Church or CMS,” Sara Littman, a resident of Valleywood Rd who anticipates people will park on her street. Littman said she favors the implementation of a residential parking program with signs to discourage overflow synagogue parking on neighborhood side streets including hers.

“And on the issue of when we would expect overflow, being Jewish msyeslf, I can tell you it would be any time there is a wedding, a funeral, a Passover dinner, a lecture or festivity. And, obviously the high holy days…those are going to be the times when 42 parking spaces aren’t going to be adequate. Unless there is a police man there for  all those times, they are going to be parking on our street.” 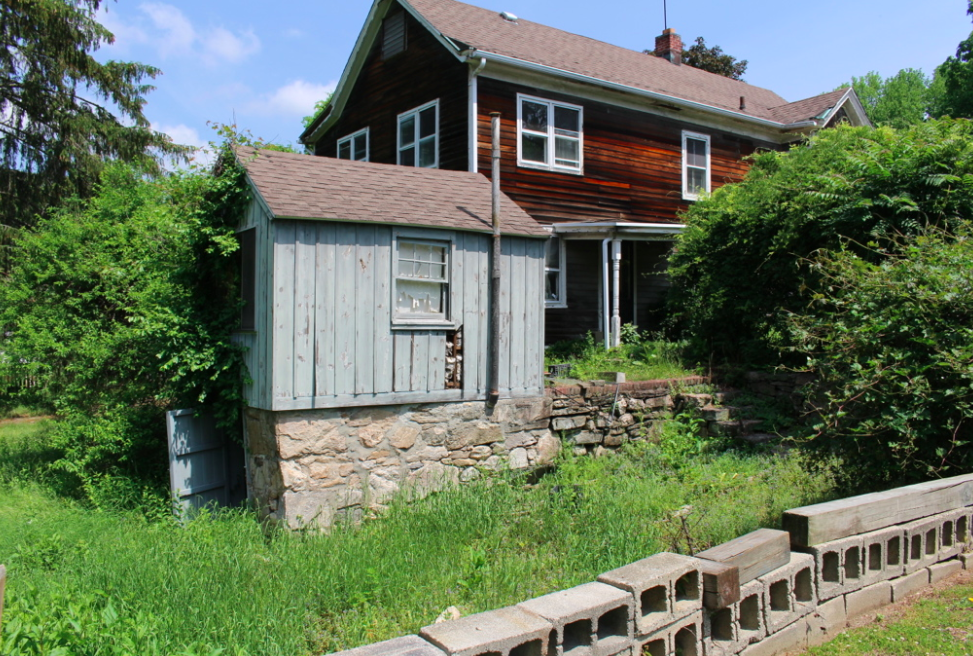 Neighbor after neighbor from Cos Cob took turns at the mic to express skepticism about the overflow parking and shuttle bus plan.

John Timm said he had reached out to the Baptist Church and learned that other groups also rely on them for overflow parking. Also, Timm suggested that based on the list of synagogue activities, there would be more occasions requiring overflow parking than currently discussed.

Also, Mr. Timm noted that Central Middle School’s parking lot is often used by other groups including Greenwich High School for its own overflow.  Timm noted the CMS lot is reserved on a first-come first-served and therefore, not necessarily a reliable source of parking. The CMS lot is in fact used by another church who rent the building every Sunday. 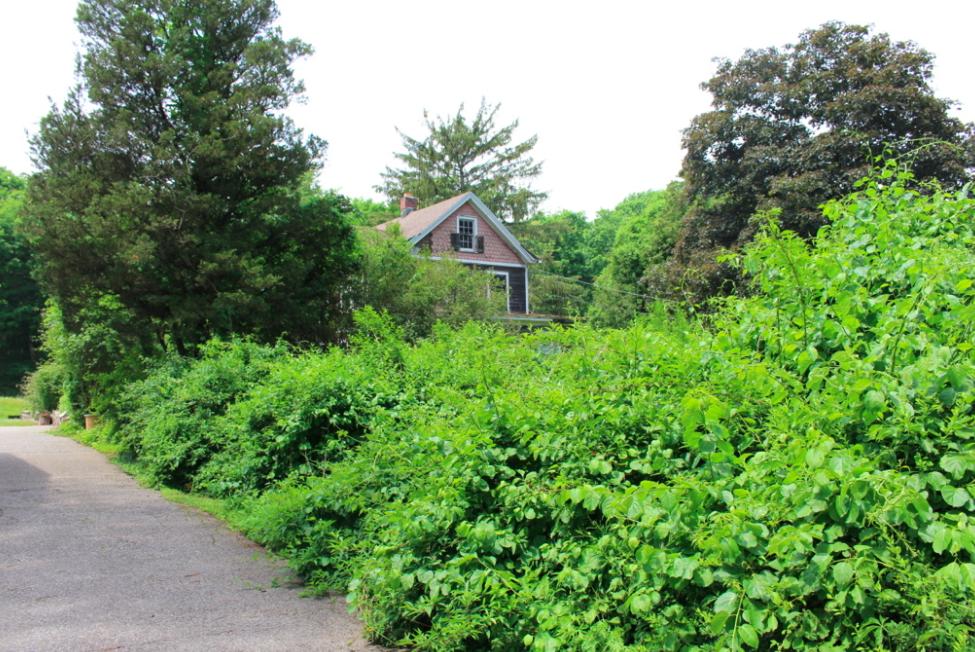 Cos Cob residents also expressed concerned about the size of the proposed building, headlights from exiting cars “washing” their properties, lights on inside the synagogue at night, lights in the parking lot at night, particulate matter from ledge blasting and rock grinding during construction, parking of construction vehicles, traffic and pedestrian safety issues.

Speakers from both sides insisted repeatedly that they had been reasonable and treated the other with respect. Building Committee Chair Sandy Soule reminded the Cos Cob neighbors that the GRS congregants are indeed Greenwich residents and that for many years traveled through Cos Cob, literally right past 92 Orchard en route to Stanwich Road for services at 257 Stanwich Rd, and that therefore traffic would decrease rather than increase.

Heagney said that along with the architect and landscape architect, he had met multiple times with the Cos Cob neighbors and compromised over and over through a process that included six public hearings dating back to last fall.

“We had two meetings with representatives of the neighborhood and Mr. Coppola at Town Hall,” Heagney said. “We also arranged for Mark Thompson, the architect, and Bill Kenny, our landscape architect, to meet separately, walk the property, develop the landscape plan that Mr. Dianus referred to, which of course are agreeing to do, and on a number of occasions met with them to see what issues they had. I think we have a good idea what the neighbors are thinking these days…I’m not sure what else we can add and modify to the plan.”

Heagney reviewed the conditions GRS has agreed to:

Much of the complaints might be moot, given the 2000 federal law called Religious Land Use and Institutionalized Persons Act, or RLUIPA. The law protects religious assemblies and institutions from zoning and historic landmark laws that substantially interfere with the assemblies’ and institutions’ religious exercise.

Though RLUIPA didn’t come up at Tuesday’s P&Z meeting, there remains the possibility that if their proposal is rejected, a lawsuit based on the Act might ensue.

“It had been my intention to treat this as a final application tonight, but unfortunately there was not a quorum on at the May 21 meeting of the ZBA because of members recusing themselves. So it’s postponed to June 11th.”

“So what we’ve done is convert this to a preliminary application,” Heagney said on Tuesday.

Gripes notwithstanding, the P&Z commissioners voted 5-0 (Andy Fox was the seated alternate as Fred Brooks recused himself due to a family connection to parties involved.) in favor and the application was moved from preliminary to final, though the GRS group have agreed to the list of conditions to do for that application. The application next goes to the ZBA (Zoning Board of Appeals). Then GRS would subsequently file the final application with Planning and Zoning again.