The Veterans of Foreign Wars, Cos Cob Post 10112 will hold a Veterans Day Weekend Ceremony on Saturday, November 5, 2016 at 10:30 am at Veterans Memorial Park, Cos Cob. The location is on  Strickland Road, adjacent to the town docks, The public is invited to attend a brief heartfelt ceremony to honor all veterans everywhere who  served and sacrificed in the defense of our country. 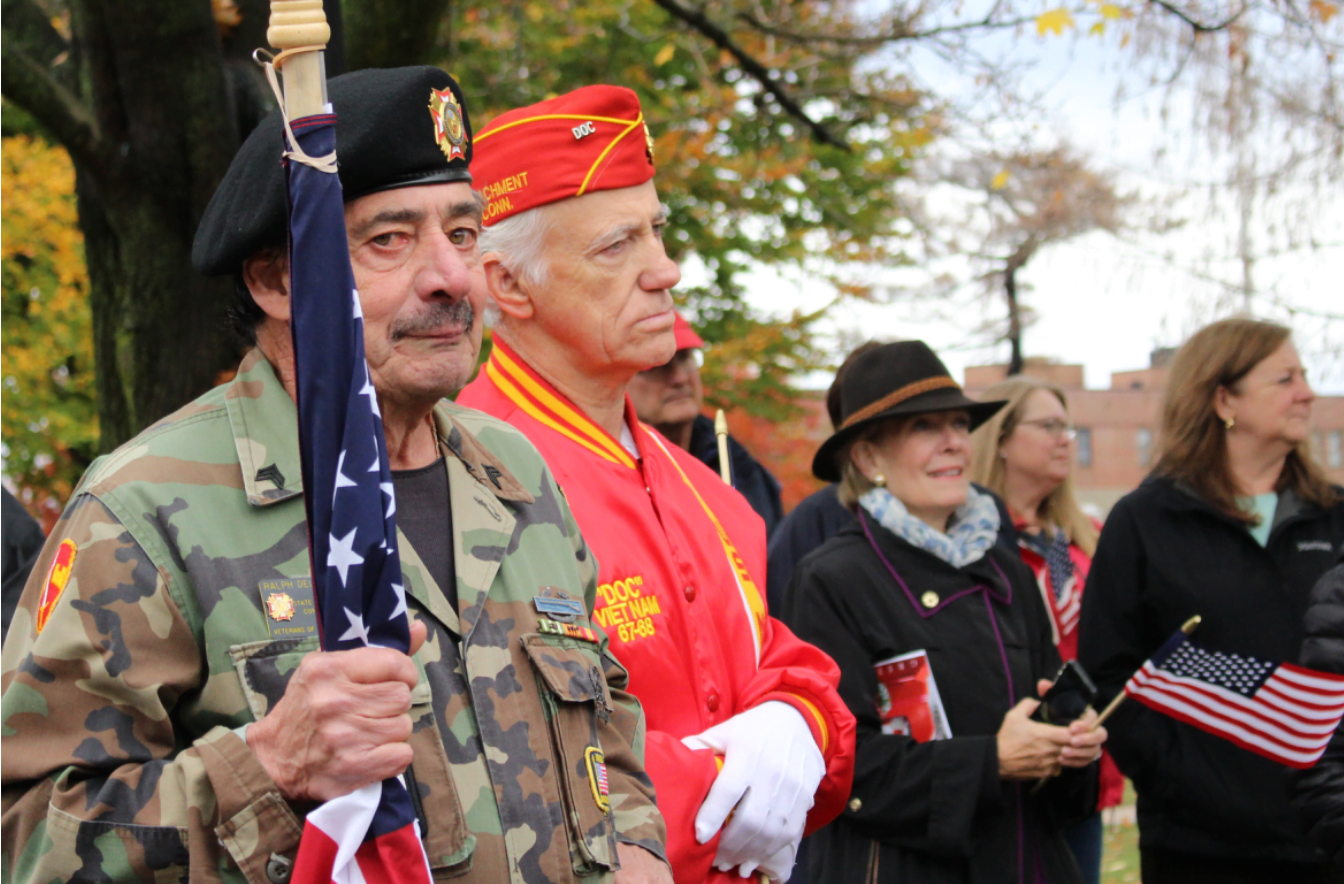 The annual Community Walk to Honor Veterans will start at 10:30am on Veterans Day, Friday, November 11, followed by a brief ceremony at 11:00am.

Each year, hundreds of citizens, including children and adults of all ages and political philosophies, gather amid a flourish of flags and walk together down Greenwich Avenue in the Community Walk.

This year the focus will be on the mostly “millennial” military servicemen and women who deployed to this current war and who returned with combat-related wounds.

The walk down Greenwich Avenue originates near intersection of Amogerone Crossway and Greenwich Ave. The ceremony by the WWII, Vietnam and Korea War monument will feature guest speaker, Mr. James Dudley, Captain, U.S. Army (retired), Bronze Star, Purple Heart who is now the Director of Veteran Outreach for the Yellow Ribbon Fund based in Bethesda MD.

The ceremony will take place at the WWII-Vietnam-Korea War Memorial in front of the Havemeyer building at 290 Greenwich Ave.

He will speak about the unseen and unheralded private journeys of physical pain, physiological damage, and unfaltering spirited hope lived by all of the country’s war-injured servicemen and women in Walter Reed Medical Center. He will also talk about their difficult paths to stable health and productive civilian life.

Later on Veterans Day, there will be a ceremony at the Byram Veterans Association at 7:00 pm at 300 Delavan Avenue, Greenwich. 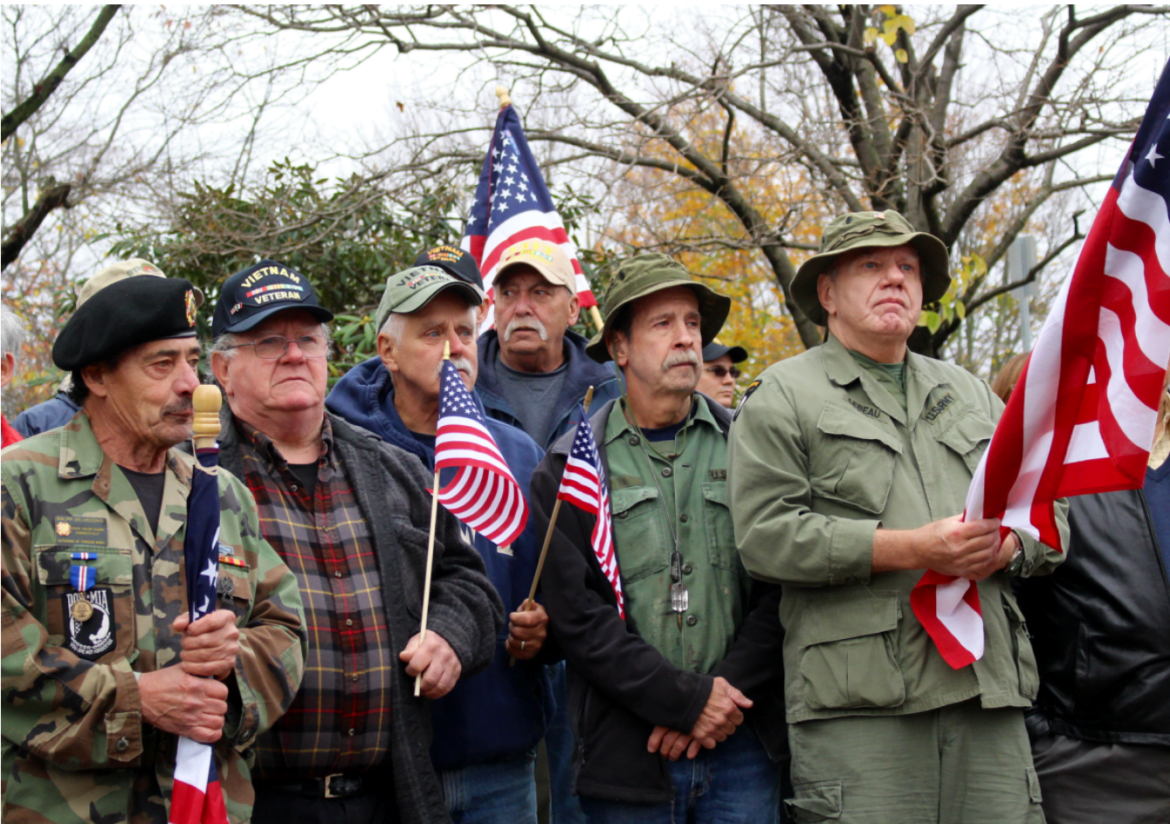 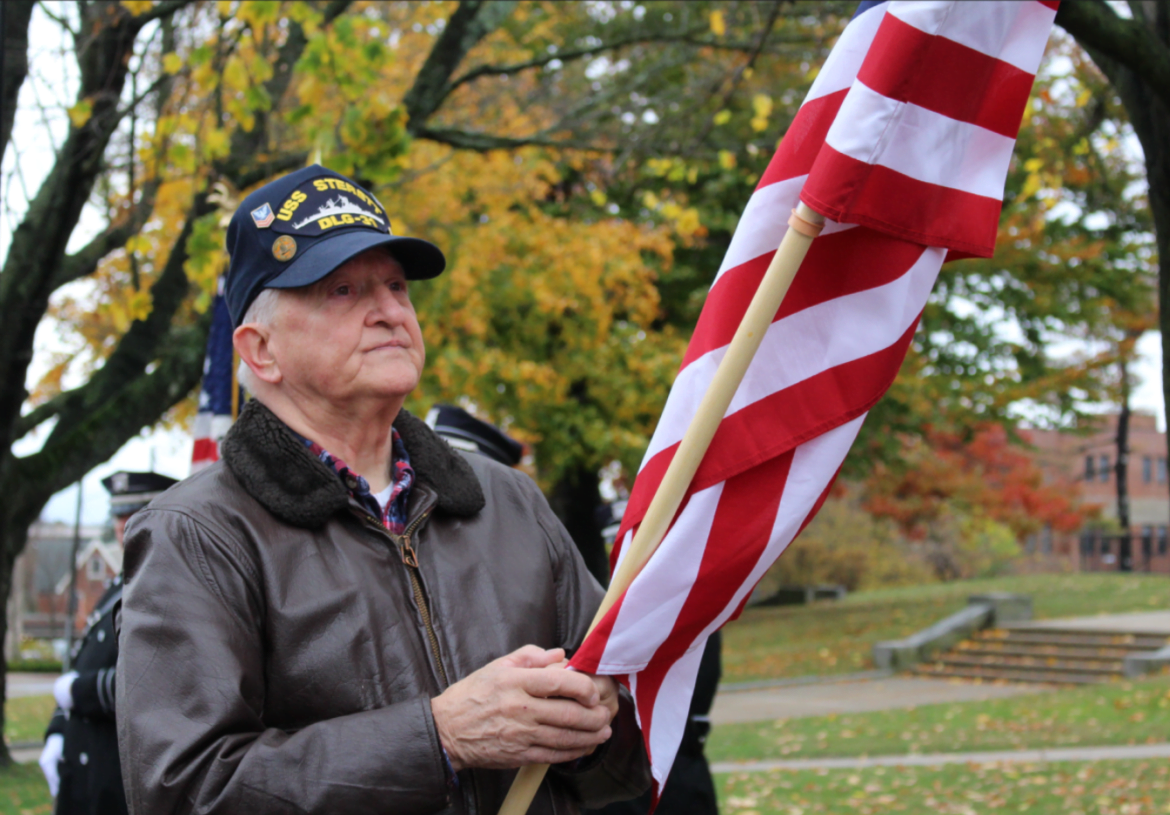 Ed Fox who served in the Navy and is active with the Byram Veterans, held a flag during the community walk on Nov. 11, 2015. Credit: Leslie Yager