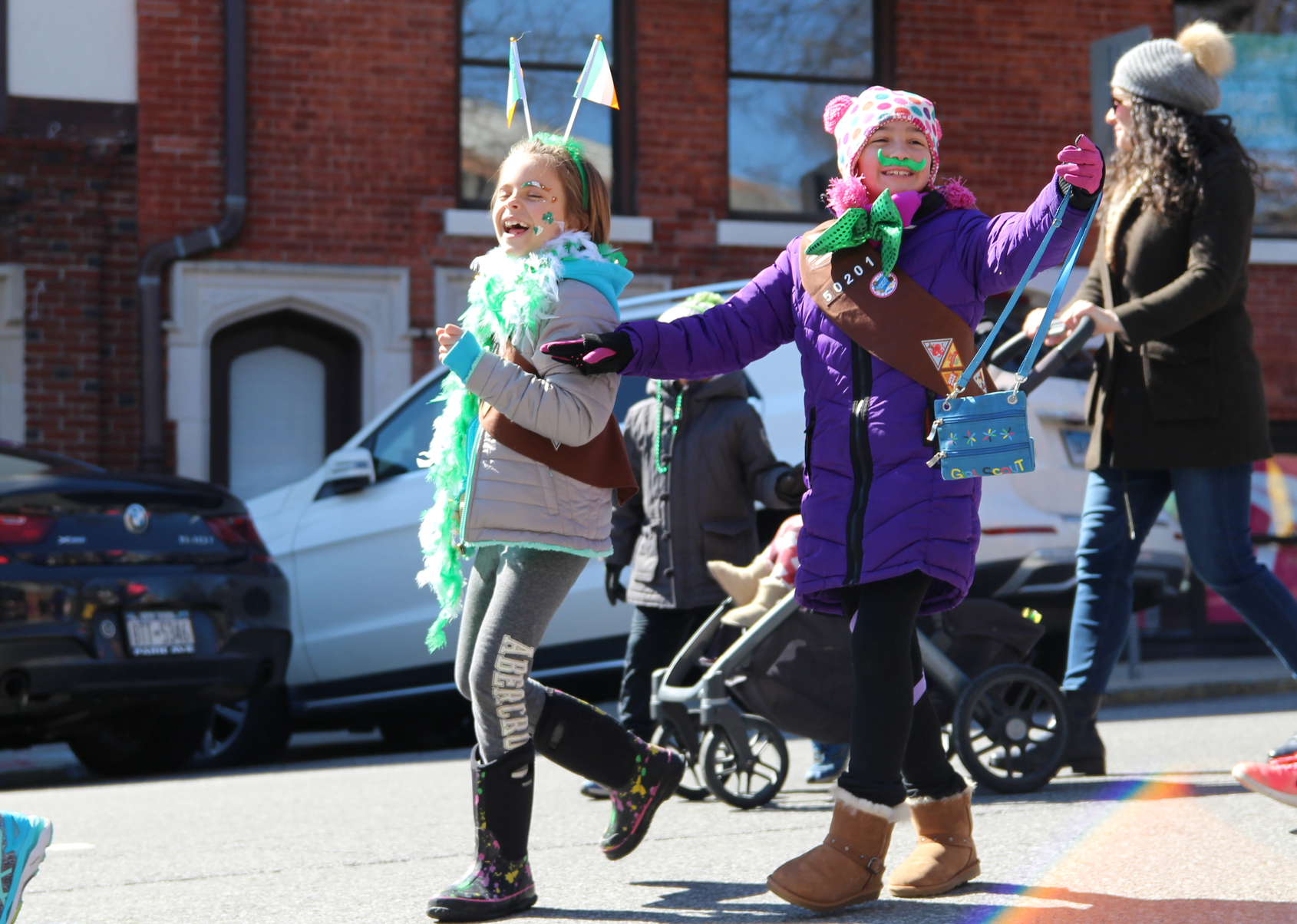 The 45th annual Greenwich St. Patrick’s Parade sponsored by the Greenwich Hibernian Association will be held Sunday, March 24 at 2:00pm,and the National Weather Service is forecasting a sunny day with temps reaching 55°.

The Parade will be led by Grand Marshal, Monsignor J. Peter Cullen who will be accompanied by his sister Colette and his niece
Liz along with representatives of the Knights of Columbus Council 39 where he is Chaplain.

The Parade will start from Town Hall promptly at 2:00pm when Lieutenant David Nemecek of the Lieutenant David Nemecek blows the ceremonial whistle. Lieutenant Nemecek is also an attorney and member of the Connecticut Bar. After graduating from Iona College with a BBA degree he attended and graduated from Quinnipiac University School of Law with a Juris Doctor degree. Lieutenant Nemecek is a member of the Greenwich Police
Emerald Society. He and his wife Judy have two children, David, Jr., an Eagle Scout and Sophomore at UCONN and Luke, also an Eagle Scout and Senior at Amity High School.

The Lieutenant’s Irish ancestry is through his mother, Mary Smith who was born in Athy, County Kildare, Ireland. After moving to New York, she met and married Dominik Nemecek who was
originally from Slovenia. Mary passed on a strong Irish tradition to her five children. Mary passed away in 2017 and Lieutenant Nemecek will blow the whistle in her memory.

In addition there will be four other bands: Port Chester High School Marching Band, Tappan Zee Bridgemen, the Nash Drum Corp and The Wholly Brass band.

Finally there will be approximately forty other community organizations, schools, police and fire departments participating including three Irish Dance groups.

Parade day on Sunday will begin with Mass at St. Mary Church at 10:30am followed by a reception in the Church Hall. The Parade will start at Town Hall at 2:00pm and will follow its usual route up Field Point Road, east on Route 1 and then down the length of Greenwich Avenue.