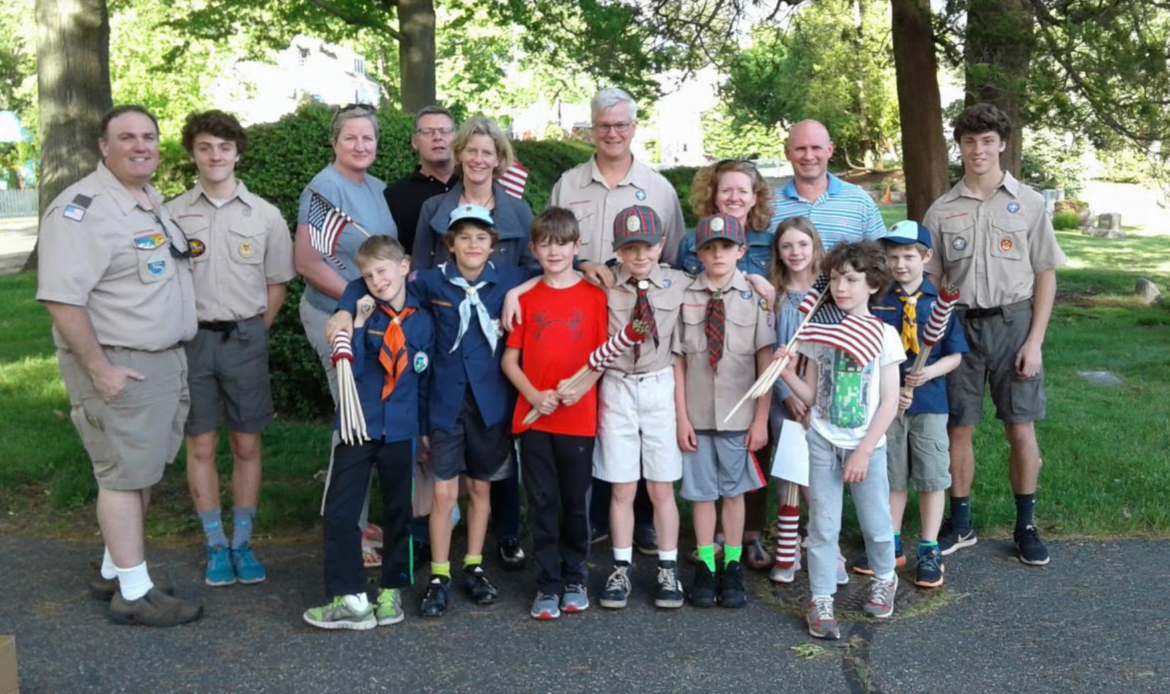 A group of local Boy Scouts and Cub Scouts, together with their Scoutmasters and parents, gathered at Sound Beach Cemetery just before Memorial Day to honor those who had served our country in the Armed Forces.

The Cemetery, which is owned and maintained by the First Congregational Church of Greenwich and has interments dating from 1835, is the final resting place for many who served, and some who gave their lives for the defense of the nation.

Thanks to Pat Larrabee and Donna White of First Church, the Scouts had maps identifying the graves of veterans, and flags to place at each tombstone in remembrance. Some of the Scouts had their own stories of relatives who had made the ultimate sacrifice in past conflicts. Some parents said it was also an opportunity to teach their children about gratitude for veterans, as well as how to behave respectfully in a cemetery.

The Scouts were led by Scoutmasters Derek DeVries of Cub Scout Pack 3 and Marc Ducret of Boy Scout Troop 11, both from Old Greenwich. Senior Pastor Richard DenUyl of First Church also helped the Scouts find veterans’ gravesites and answered their questions about the cemetery.