Vin Masi, who served in the Navy during the Korean War, and is a member of the Greenwich American Legion, helped enlist Scouts to help place flags on the gravesites at various locations throughout Greenwich on Wednesday.

American Legion has been doing this before Memorial Day weekend since the 1950’s. A total of about 2,300 flags were ordered and placed at cemeteries including Union Cemetery, First Church Binney Park, Tomac, Putman and St. Mary’s. 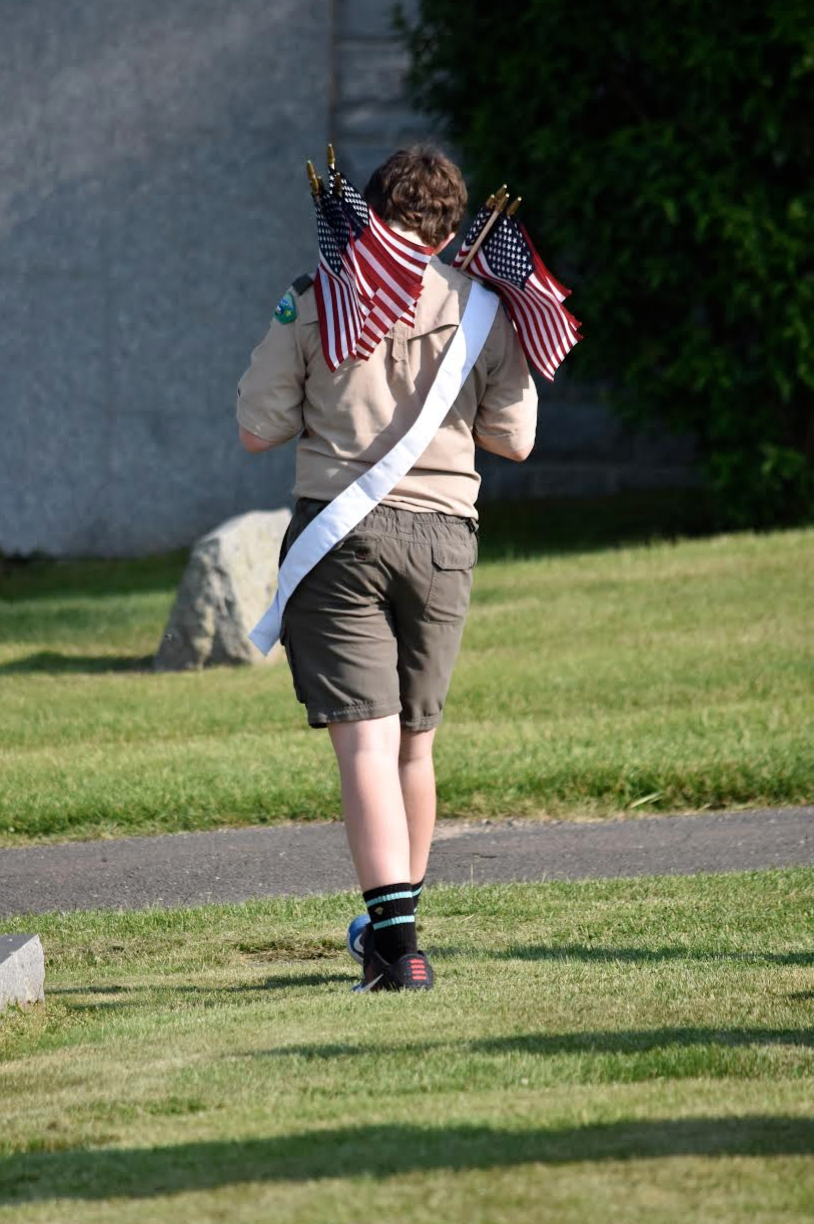