For the third year, Greenwich Green & Clean has undertaken the project of illuminating approximately 100 trees on Greenwich Avenue through a volunteer group called Light Up Greenwich.

The first year Green & Clean took over the project, $120,000 went to purchasing the lights, which are re-used every year.

This year, the fundraising goal is to raise $60,000, which goes to pay for electricians and tree surgeons who install and remove the lights. The effort is labor intense. There is also the cost of electricity.

But, once installed, the LED lights twinkle all winter long.

Just a few days before Christmas about $44,000 was raised toward the $60,000 goal, with donations coming from residents, merchants, realtors, landlords and businesses. 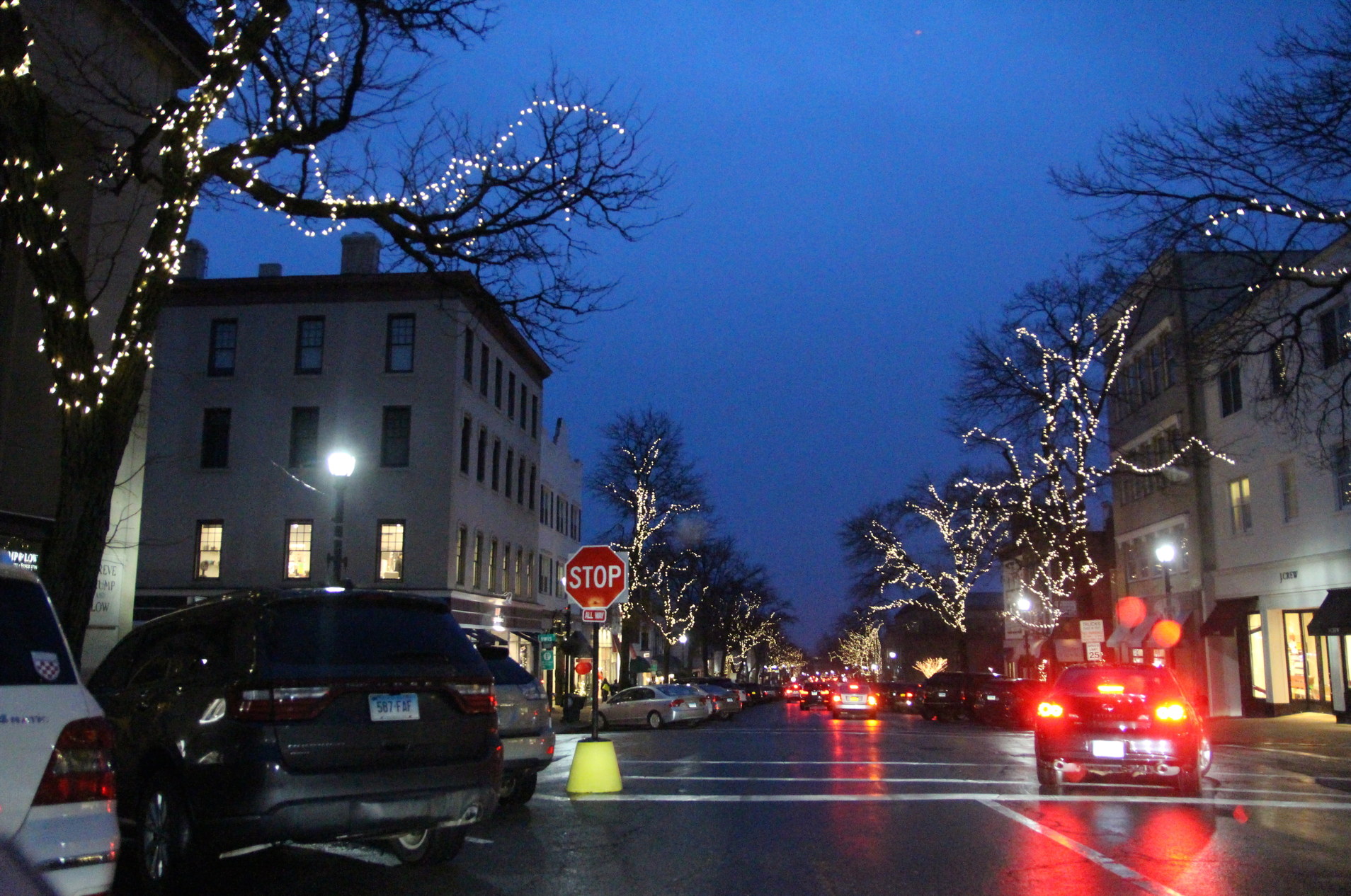 Despite the fog and rain, seasonal lights brightened up the task of last minute shopping on Greenwich Avenue. Dec 23 Photo: Leslie Yager

Linda Sigler, Co-Chair of Light Up Greenwich, said it’s been encouraging to see donations of all amounts.

The Greenwich Association of Realtors’ board of directors are contributing up to a $5,000 match to all realtor members who contribute to the effort.

Donations are also coming from individuals.

“I love that there are residents donating $5, $10, and $20.  That’s what makes it special, Sigler said. “People want to say, ‘I contributed to this effort.’ It makes us all part of one community.”

In addition to paying for the manpower required to string the lights and remove them at the end of the season, Sigler said it will become necessary to gradually replace the lights because the finish is wearing off, and they’re not quite as bright as they were two years ago. Also, she said, exposure to the elements takes a toll.

Sigler described meeting a couple from Rye, NY who were complimentary of the lights on Greenwich Avenue.

“In Greenwich, we are real people who care about each other, our environment and how pretty we look during the holidays,” Sigler said. “It puts a smile on our faces and on the faces of a lot of people who just love our town.”

The lights were hung in November and will continue to light Greenwich Avenue nightly through March.

Fans of the Light Up Greenwich can contribute at www.lightupgreenwich.org