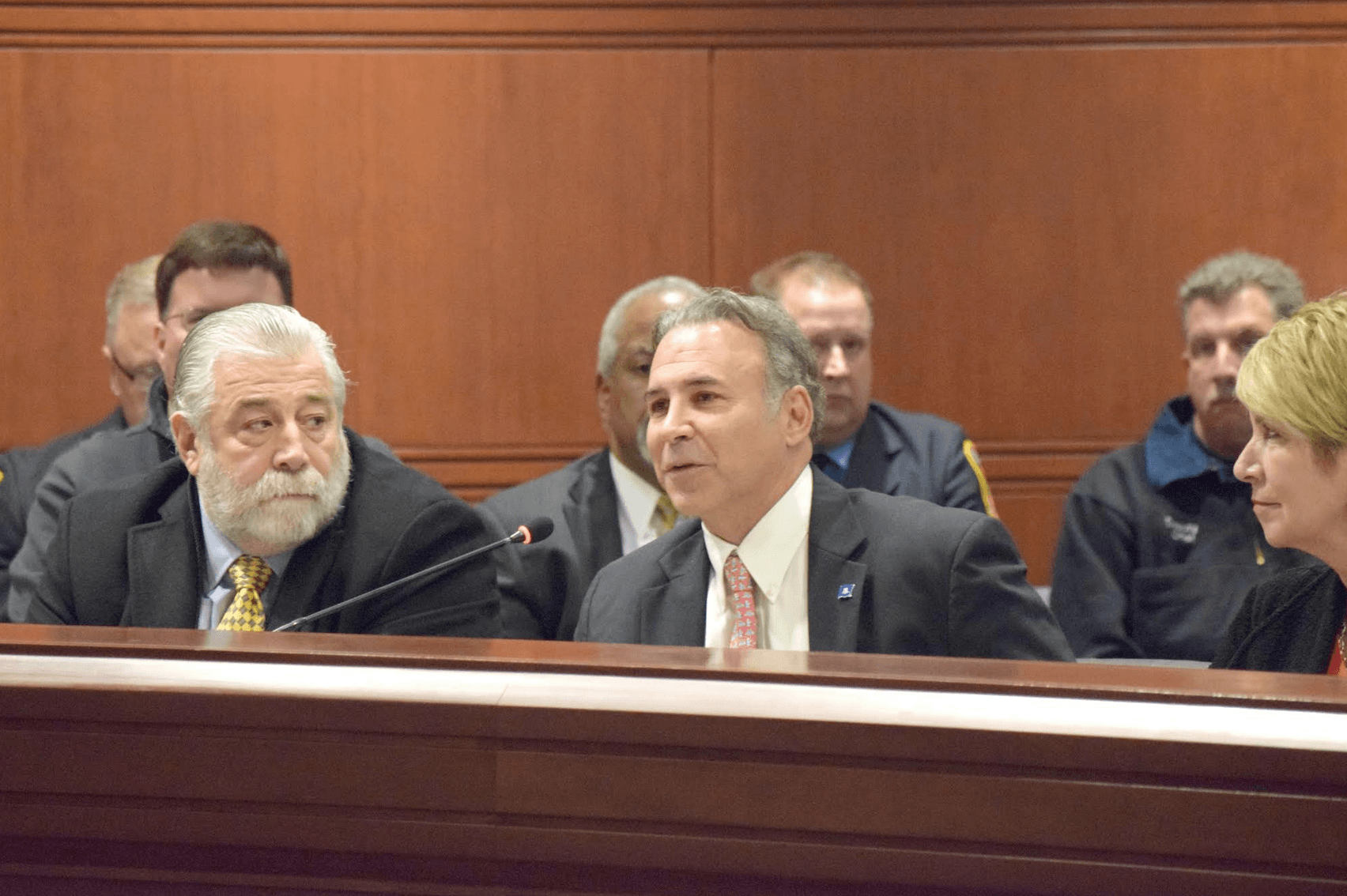 State Representative Fred Camillo (R-151) attended and will be a member of the newly formed bipartisan Fire & EMS Caucus. A meeting was held in Hartford on December 19, 2017 to discuss the agenda for 2018 as well as some legislative matters.

The bipartisan caucus was created to bridge the gap between the General Assembly and the state’s first responders. The  intent is to support firefighters and EMS workers.

The members of the caucus believe that fire services are a top priority for municipal governments, and the state. They dialogue between firefighters and EMS workers and the legislature. Several members have a background in fire service, with many currently serving with their local volunteer fire companies.

“My personal experience with the Cos Cob Fire Police Patrol goes back about seven years,” Rep. Camillo said in a release.

Camillo said he was approached by members of the department who were concerned about insurance coverage for fire fighters following a horrific crash on I-95.

He said firefighters had put one of their trucks in the road to protect the accident scene, which was ultimately hit by a drunk driver who was sadly killed. The family of this individual brought a lawsuit against the department.

“We did our research and it turned out that the town, which did the right thing and protected the volunteers, were vulnerable as there was no statutory requirement for the town, or any town in the state, to provide a legal defense for them,” Camillo said.

Camillo introduced the Volunteer Fire Protection and Indemnification Act in 2011, which was passed and signed into law. This law protects volunteers in most situations involving an accident, with the exception of negligence.

Then, in 2013, he described being was approached by a friend in Branford who brought to his attention the lack of enforcement powers that fire police patrolmen had, which led him to introduce another bill that was passed and signed into law allowing fire police patrol personnel to issue tickets.

After that, Camillo become a member of the Fire Police Patrol as an associate member.

“They provide a great service and our volunteer service men and women save the towns a tremendous amount of money,” Camillo said. “For that and for everything else they do, we owe them, and every fire and EMS volunteer, our support.”

Camillo also voted in favor of Public Act 17-175, which requires all municipal and volunteer fire departments to maintain their equipment with federal standards, which includes minimal requirements for inspecting, maintaining and retiring fire apparatus.