The award is named for Melvin Jones, the mid-western businessman who founded what is now the world’s largest service club in 1917. 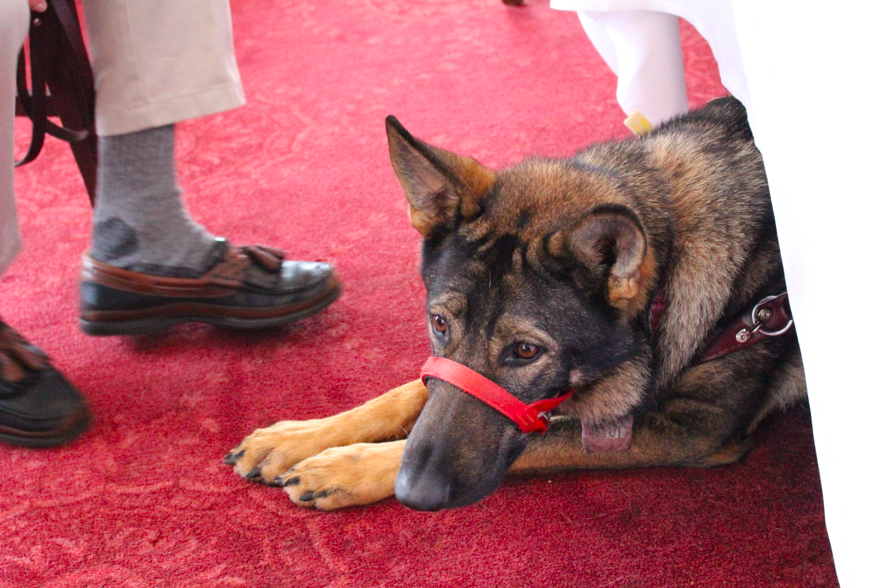 Kili is Alan Gunzburg’s guide dog. Kili was given to Gunzburg from Fidelco free of charge. She arrived on his doorstep a year ago, at which point her predecessor, Fia retired her harness. Credit: Leslie Yager

Gunzburg, who is also a past club president and recipient of the Lions “Knight of the Blind” award, helped found and currently is serving on the First Selectman’s Advisory Committee for People with Disabilities in Greenwich.

He is also currently on the board of the Town of Greenwich Department of Social Services and serving as Vice Chairman of the Connecticut State Rehabilitation Council.

Gunzburg is a long-time client and supporter of the FIDELCO Guide Dog organization.  He lives with his wife and daughters in Cos Cob. 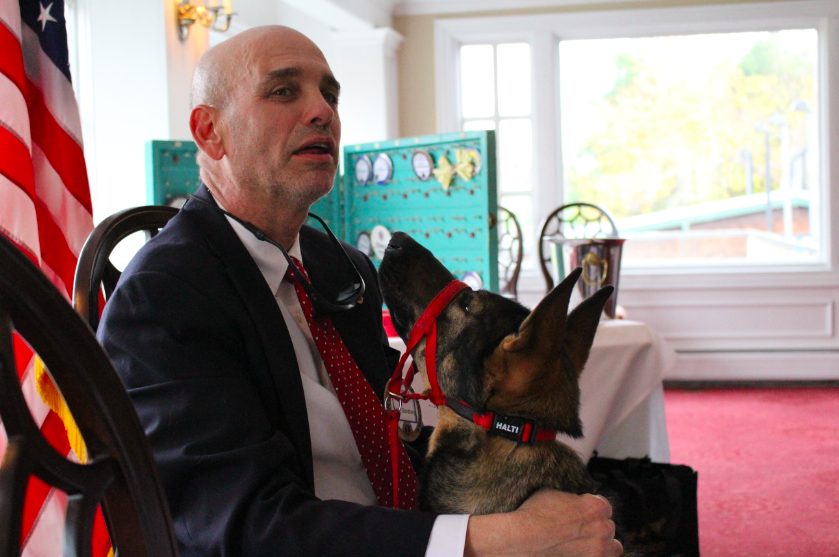 Alan Gunzburg, Lions Club member, and Kili, the Fidelco guide dog he has had for exactly a year to date. The pair attended a luncheon where the CEO of Fidelco talked about the organization and its collaboration with Lions Clubs. Credit: Leslie Yager