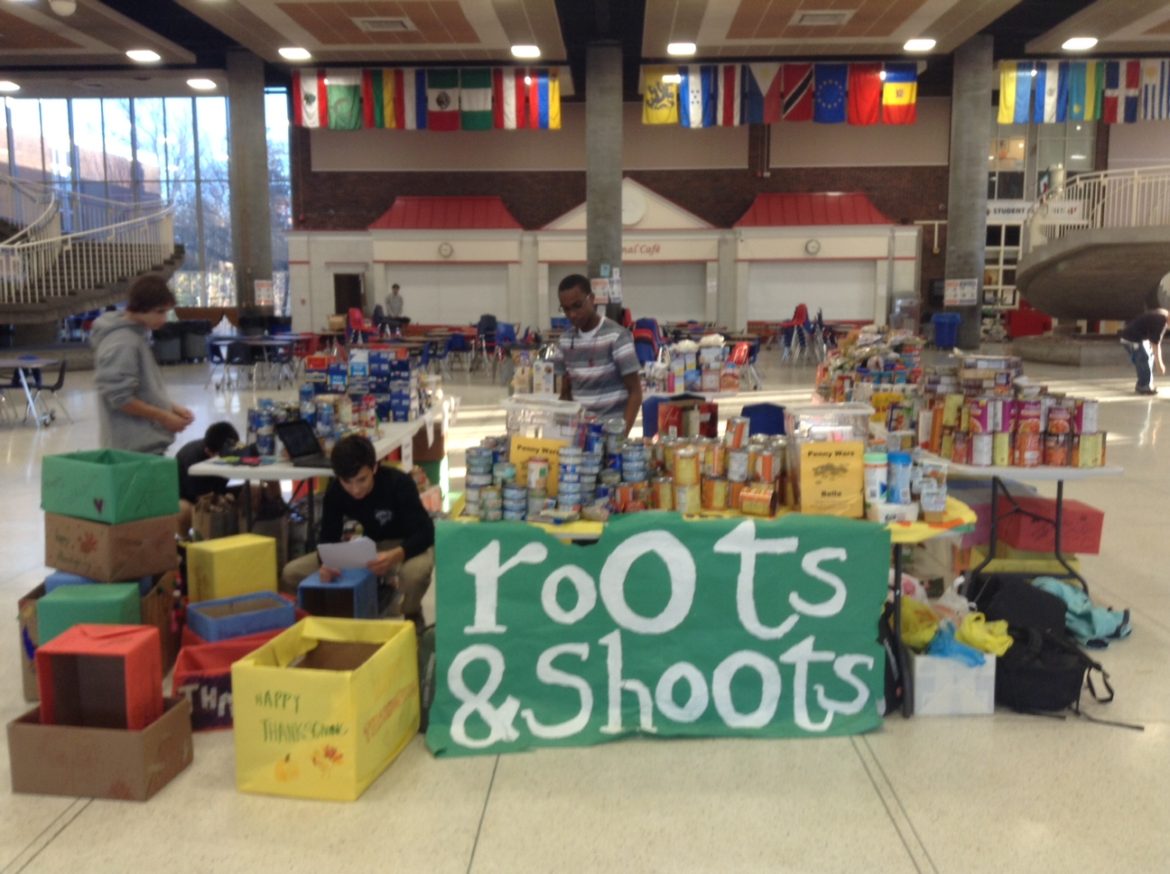 Members of the Roots and Shoots club worked hard to put the project together, with student volunteers decorating cardboard boxes with Thanksgiving themed drawings and messages.

On Monday after school, students packed each box with food and delivered the completed meals to each family. With the collaboration of the school community, there was more than enough to go around. Remaining food items were donated to Neighbor to Neighbor.

In addition to food donations, Penny Wars, a fun competition between school houses, was held to raise funds. 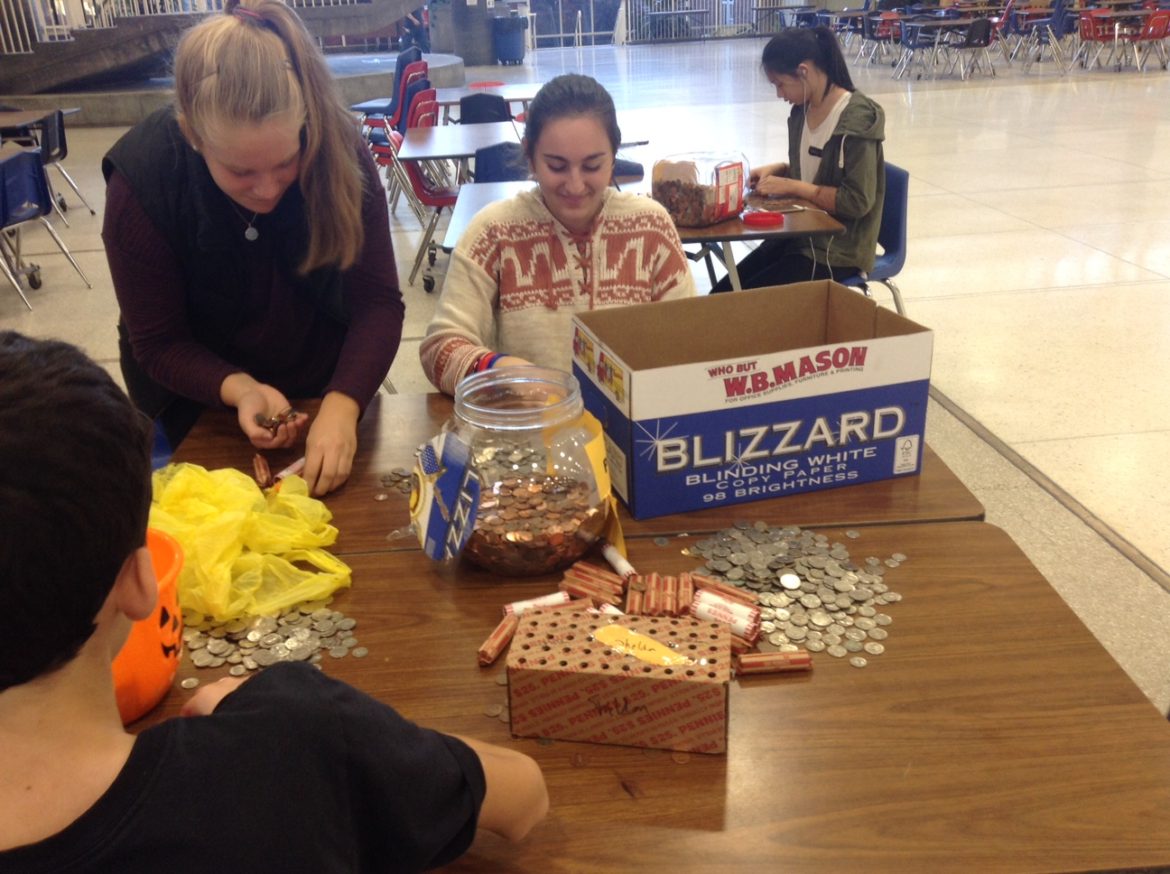 Volunteers counting the results from the Penny War. Contributed photo.

Students competed to collect the most pennies for their own house jar while simultaneously “sabotaging” other houses by donating bills to cancel out their pennies. The Penny Wars raised $1,400 to buy turkeys, fresh produce, and butter for the local families.

The Thanksgiving food drive is a way for to the Greenwich High school community to give back and to address an important issue.  According to Rene Jameson, who along with Nicolas Del Priore and Anthony Hill, is one of the co-presidents of the Roots and Shoots club, “Greenwich is often stereotyped as affluent.”

However, Rene said, “There are a number of people here who are not, and are in need. Many believe that food insecurity only affects certain populations or demographics but it really occurs everywhere.”

Rene said the Roots & Shoots club aims to stimulate a conversation on this issue by not only raising awareness and support of food insecure individuals but alleviating this prevalent issue by holding numerous food drives during the school year such as the Thanksgiving and 9/11 Food Drive.