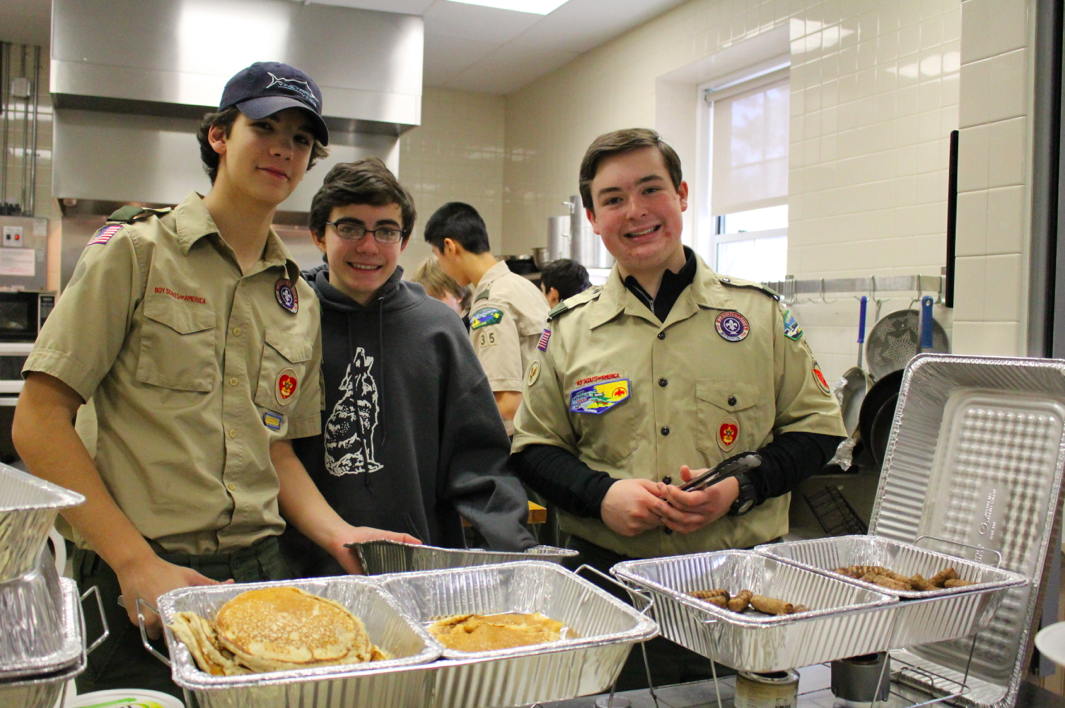 On Saturday morning in Glenville, the aroma of fluffy vanilla flavored pancakes wafted from the fire house, where members Troop 35 manned posts ranging from batter-mixer to sausage server.

All morning, hungry people of all ages streamed through the door eager to pay $6.00 for pancakes and all the fixings.

Among the families in attendance was the Sullivans.

Rita Sullivan said her son Patrick was a member of Troop 35 many years ago, rising to Eagle Scout before becoming a volunteer fire fighter in Town. Sullivan said Patrick has since become an officer in the US Navy, and that his Scouting credentials were certainly taken into account when he submitted his application to the Navy.

With Rita was another of her five children, Connie, who keeps busy with activities at Abilis, located just around the corner in Glenville. 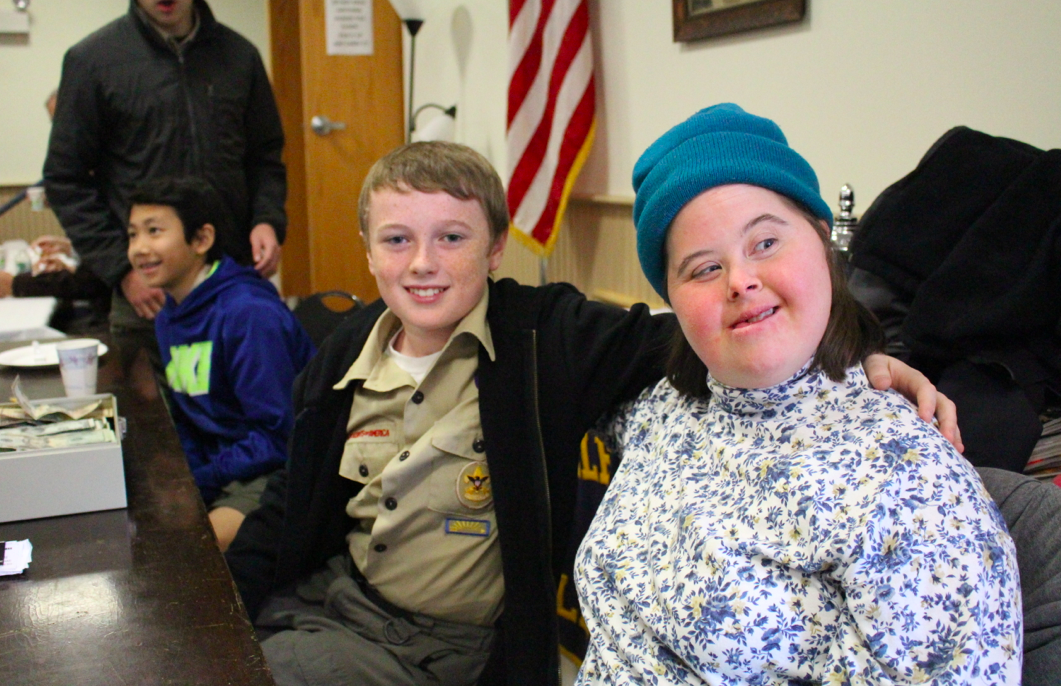 Kevin Jinno, who attends Western Middle School, and Dylan DeChiara who goes to GHS, said the pancake breakfast is a long tradition for Troop 35, and that proceeds from the breakfast and wreath sale go to scouting activities including campouts, as well as toward philanthropic activities.

Troop 35 whose 40 members range in age from 6-18, focus their energies on Don Bosco Center in Port Chester this time of year. Proceeds from the breakfast go toward providing toys and presents to clients of Don Bosco. 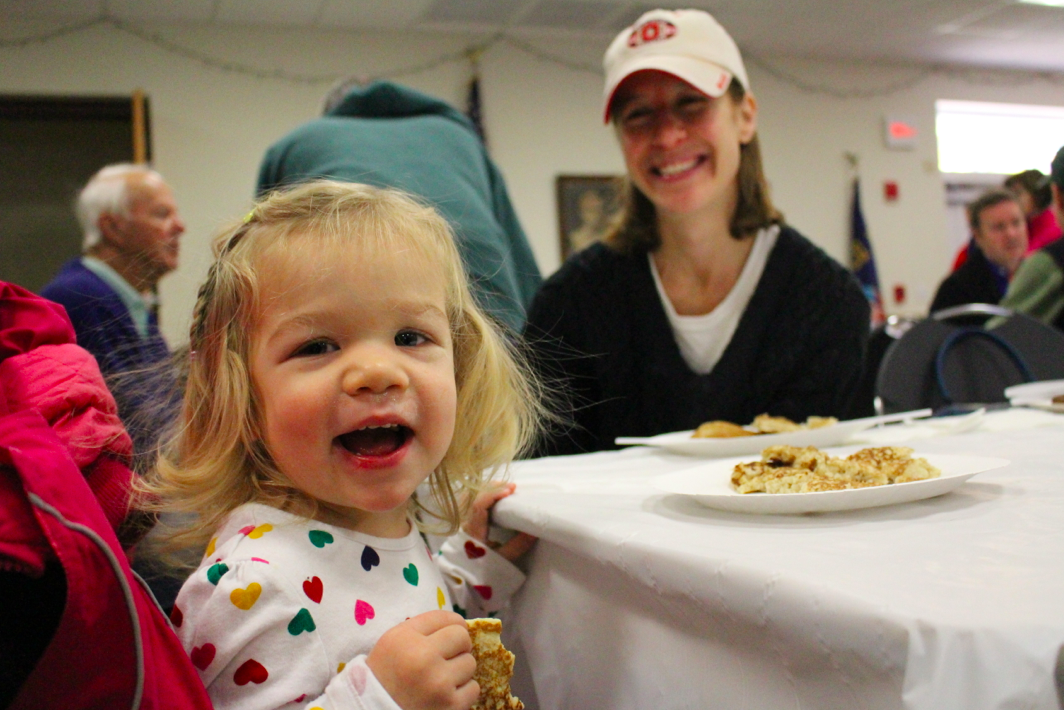 The Laudieri family enjoyed the pancake breakfast fundraiser in Glenville, along with friends the Khwajas. 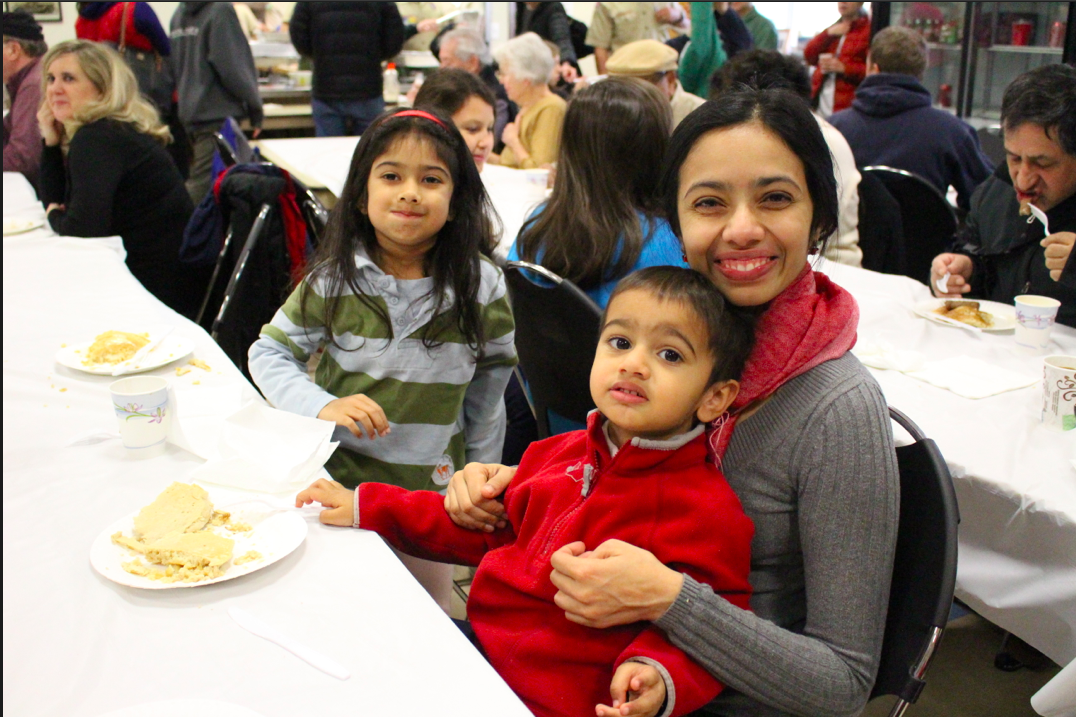 Stephen Fox, who is on the Board of Greenwich Scouts, said this year the boys had ramped up their culinary sophistication and used blended the batter for fluffier pancakes, and added vanilla for extra pizzazz. Fox said that in addition to the project to provide toys and gifts to Don Bosco, the boys deliver Thanksgiving meals all across Town. “The Town provides a list of deserving families and the boys deliver meals prepared by St. Paul’s Church on King Street,” Fox said. “It’s really meaningful. When they see how grateful people are, they realize how fortunate they are themselves.”

Chief Heavey said the boys even get a ‘Christmas with Santa’ patch for their uniforms that reflects the service project at Don Bosco.  In addition to distributing holiday toys and gifts the boys help prep and assist with the center’s meal served to 1,200 people. 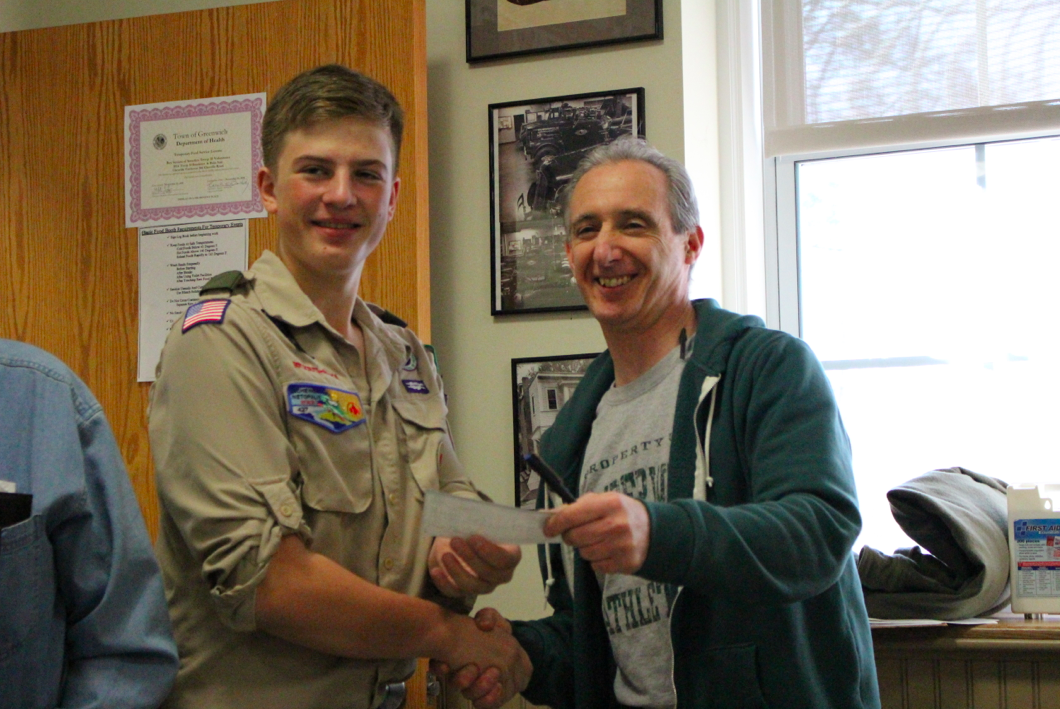 Vince DiMarco, of the Pemberwick-Glenville Association presented Elias Boyer with a check for $250 to the Boy Scouts.

“I want to tell you all why the Pemberwick-Glenville Association is giving this donation to the Boy Scouts. It’s because of all the things that they’ve been doing in the community for all of us, the whole community. I understand they go down to the Don Bosco Center for Breakfast with Santa. We wanted to give back a little bit,” he said.

During the breakfast, Glenville residents chatted about the need for safe, stroller-accessible access to the playground at Pemberwick Park. A petition was circulated pointing out that for decades access has been via stone stairs or  a remote entrance on Pemberwick Rd where there is no sidewalk. 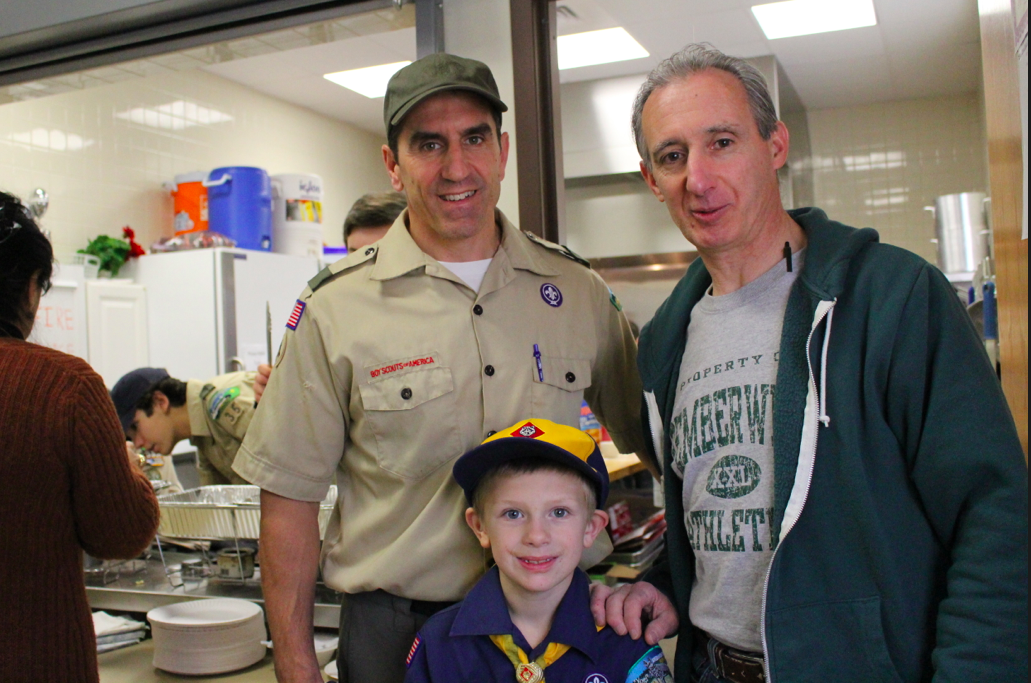 Troop 35 leader Carl Marinaccio with his son Christopher and Vince DiMarco just outside the kitchen where the scouts were whipping up their magical pancakes. Credit: Leslie Yager 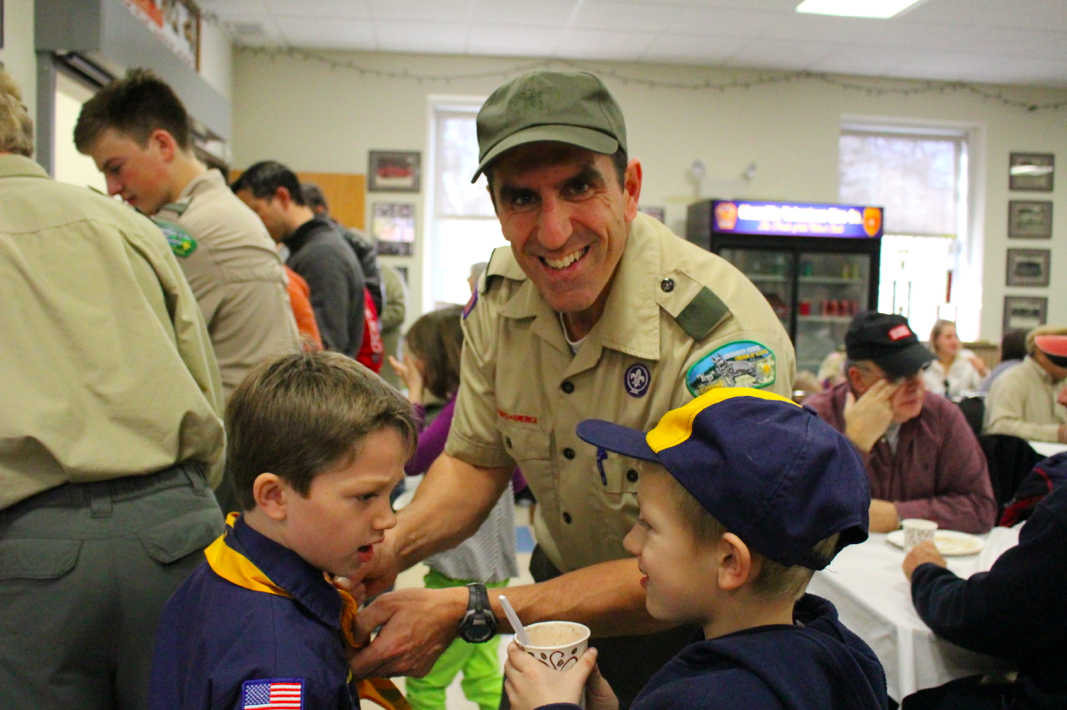 Carl Marinaccio with scouts at the pancake breakfast in Glenville on Saturday. Credit: Leslie Yager 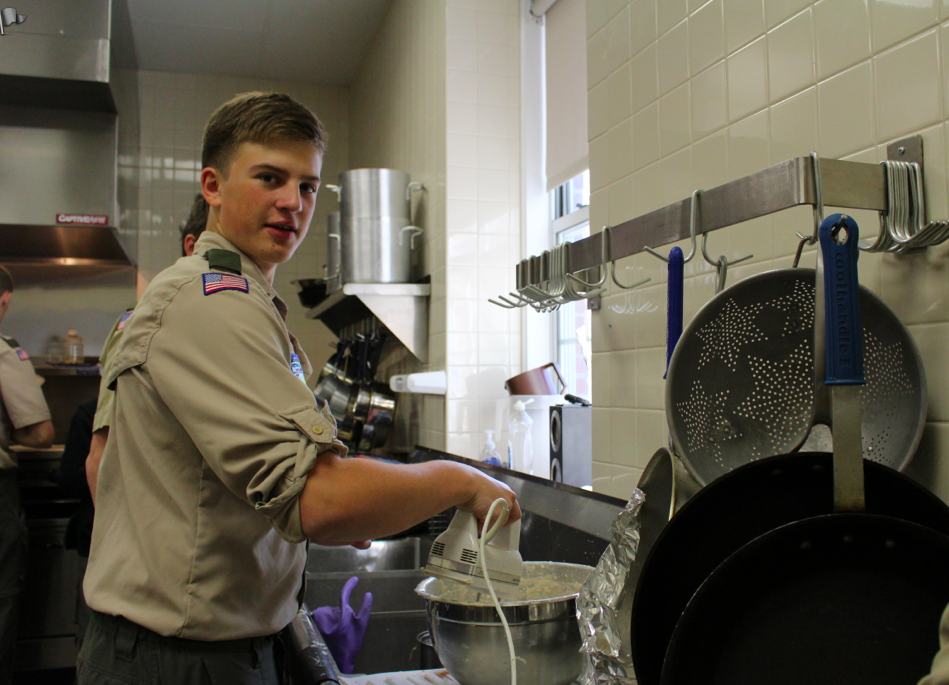 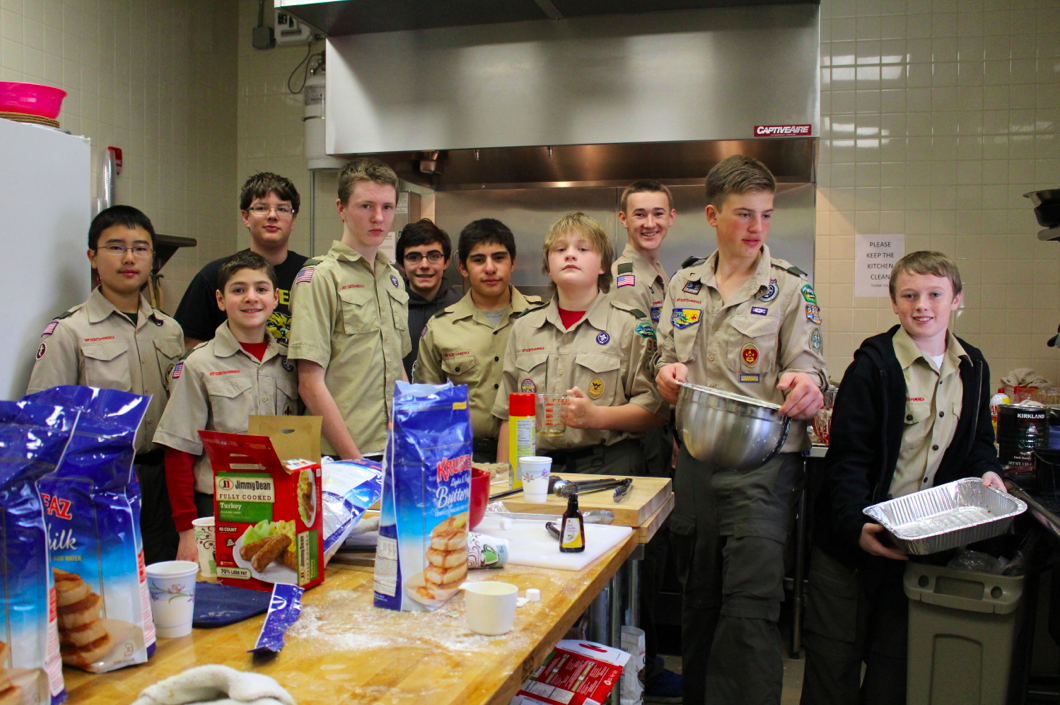 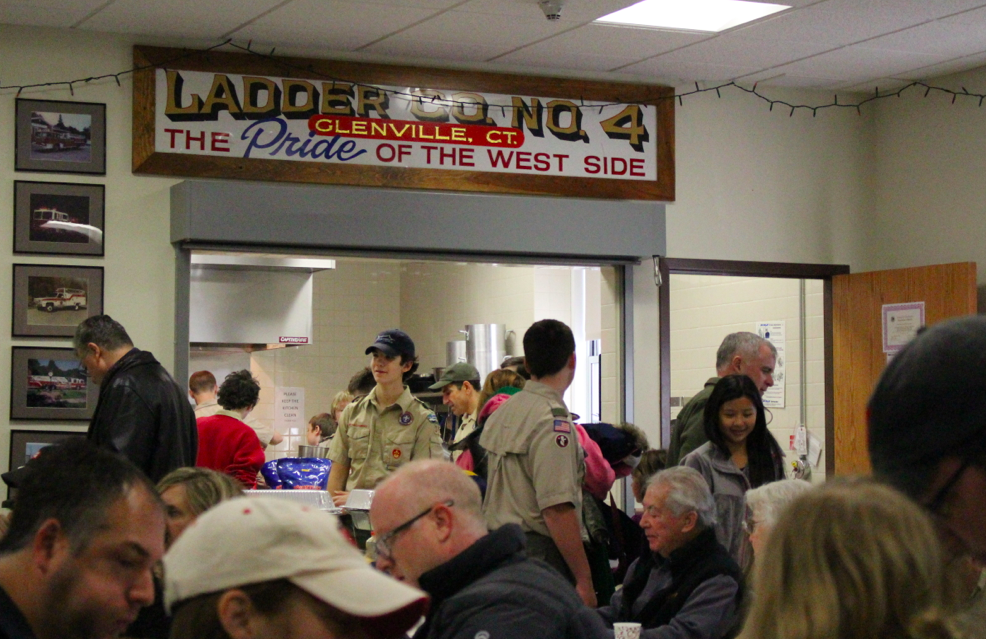