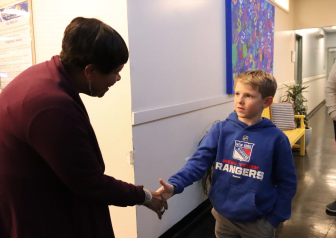 “You did a great thing because if your feet are warm it can help you prevent getting a cold and it prevents your feet from getting infected,” Ms Durham Williams said to Jackson, adding that she hoped he might repeat his Socktober drive in 2020. “We call that sustainable giving,” she said.

Jackson said his family is friends with Lucy Langley who started The Undies Project with her friend Laura Delaflor. Langley had the idea for The Undies Project after volunteering at Neighbor to Neighbor and noticing people donated clothes but not underwear, which are a basic necessity.

“They said people donate underwear, but not socks,” Jackson explained.

Having collected a whopping 2,493 pairs of socks in October, Jackson needed to borrow a wheelbarrow to move all the socks from his parents’ car to the elevator inside Inspirica’s building at 141 Franklin Street.

Of the 2,493 pairs of socks Jackson collected, 1,000 pairs were donated by Bombas after Jackson connected to Greenwich native Addison Albano who works for Bombas, a comfort focused sock and apparel brand. 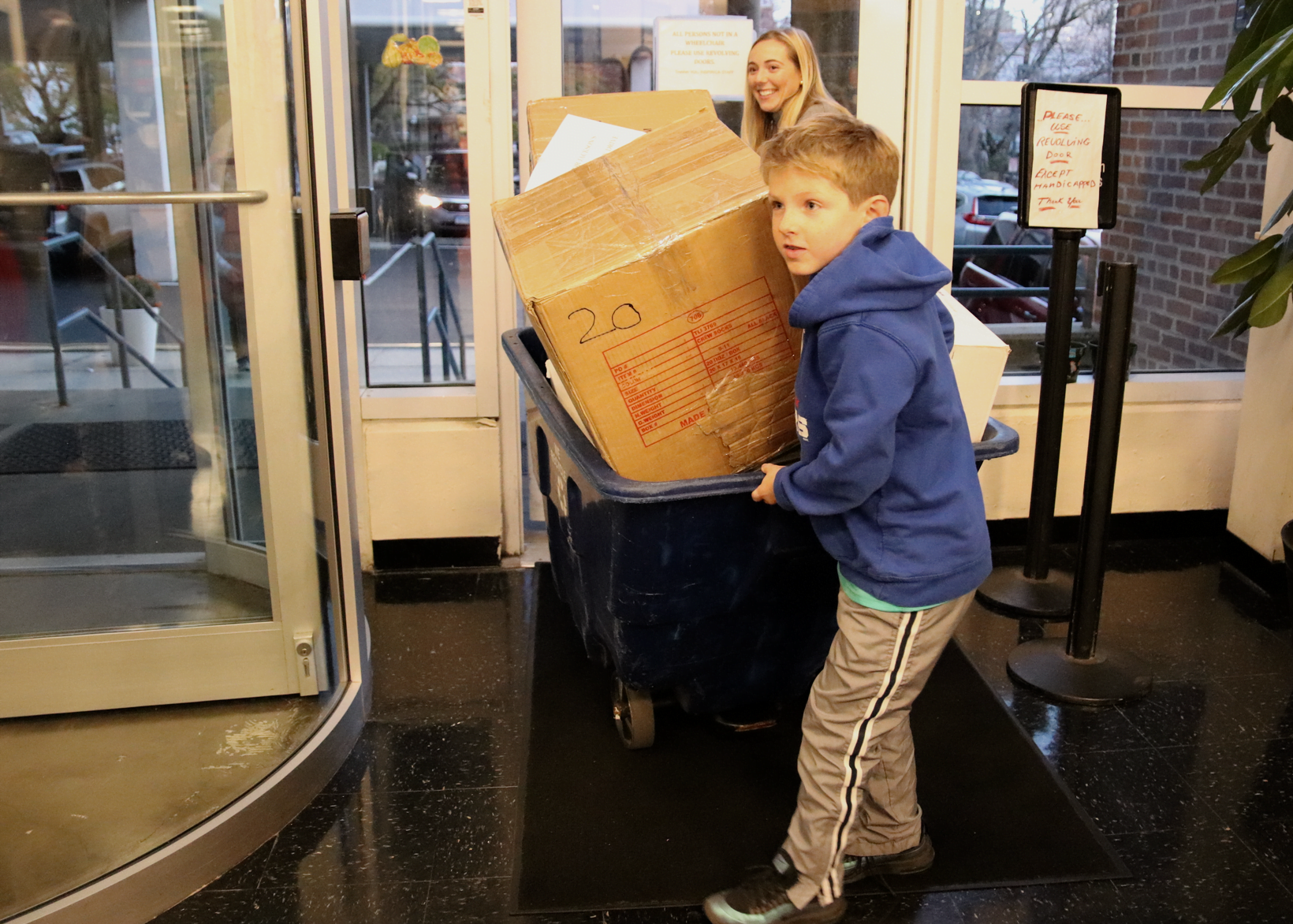 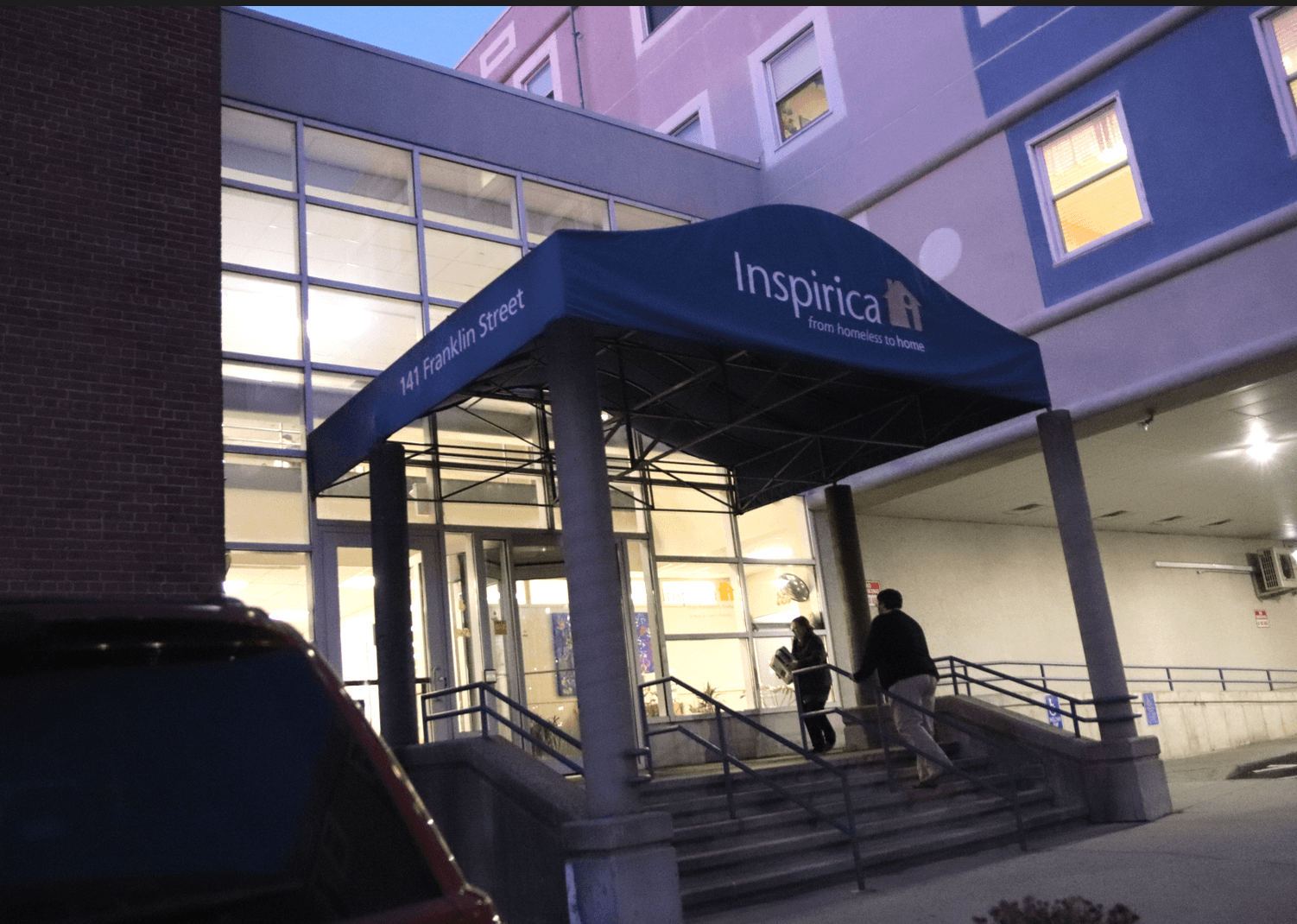 Headquartered in Stamford where a typical two-bedroom apartment costs about $2,500/month, Inspirica’s mission is to break the cycle of homelessness. Based on the standard of allocating 30% of income on housing, the amount a family of four would have to earn to afford that apartment is $100,000 a year, which breaks down to $48.08 an hour, or four times minimum wage.

In addition to the various forms of family, emergency and transitional housing, Inspirica offers support services, parenting courses, a Jumpstart Career Program, and has a full service health center. They also run a child development center and a Children’s Learning Center (CLC).

Inspirica is currently collecting hats, gloves, mittens and coats for their guests. They also undertake a huge food drive for Thanksgiving. Ms Durham Williams said on the Tuesday before Thanksgiving they give away all the fixings for a Thanksgiving dinner.

“We don’t ask your status. We just give,” Ms Durham Williams said. “We do it at our Woodland Ave campus where we have seven of our 12 buildings.”

Ms. Durham Williams said the demand has been as high as 500 families, but they won’t know until the day of the event.

Also in time for the holidays Inspirica partners with community groups to organize a holiday gift program. “We give out boxes and people put in what their families would require. It’s like fulfilling a wish,” she explained. “And we have a huge gift wrapping party.”