The Polish Club on Arch Street was the setting for some generous holiday season giving on Thursday night.

Rick Muskus and Christy Caragol of the Josef Pilsudski Society of Greenwich arrived bearing checks for three local organizations and gave a bit of history of their organization.

“We are giving away funds to three local organizations,” said Josef Pilsudski Society president Rick Muskus. “This club was started in 1950, in part by my grandfather, Alex Muskus.” 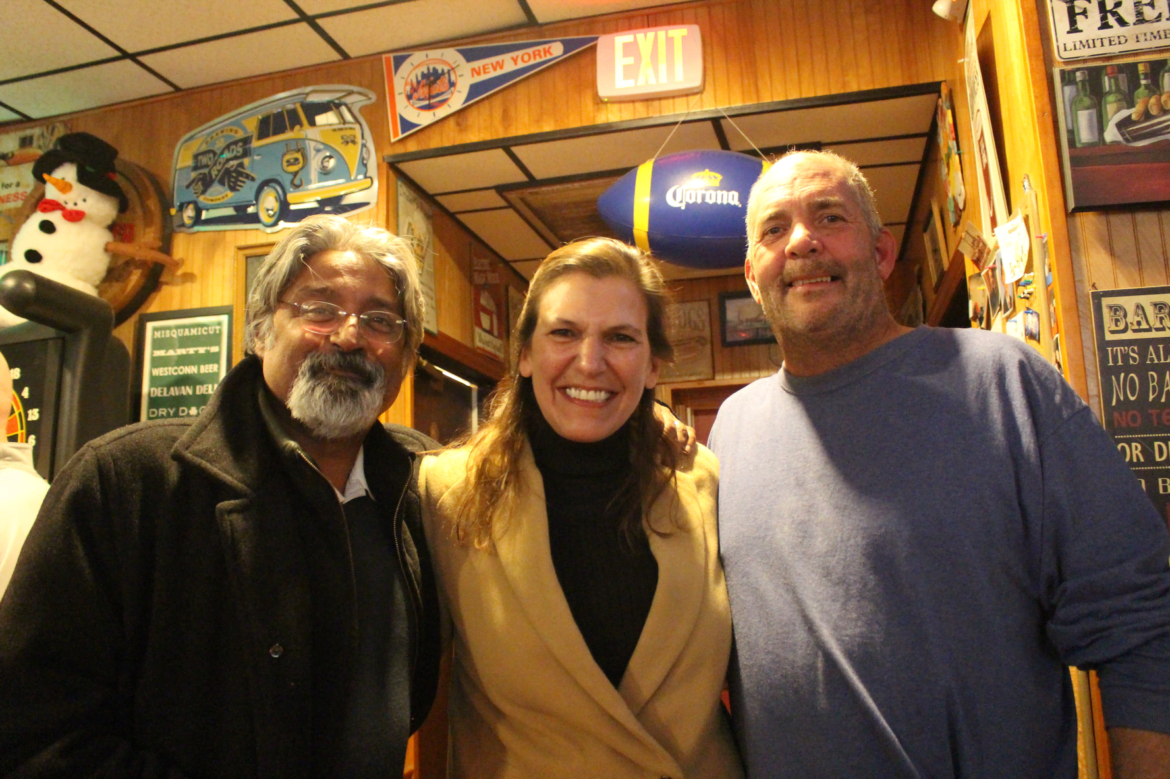 “We’re in the process becoming a 501(c)3,” Muskus continued. “It’s in application right now. So, in advance of that, we’re starting a giving program and we’re giving funds to three organizations: The Silver Shield of Greenwich, Family Centers and a new Cub Scout Pack #20 out of Cos Cob.”

Muskus, who took over as president of the Josef Pilsudski Society last January from Paul Romanchuk, described changes in progress.

“We went through a reorganization of the bylaws and recreated our mission and re-defined out goals, which include amending our status as a non-profit,” he said.

Muskus said another major effort is a membership drive, which is ongoing. “Currently we have 60 members, which is up from 4. We wanted to increase membership and re-charge our mission. We own this building we have no debt,” he said. “Our goal is to give back.”

“You come in, you sign the book and take a little step back in time. Downtown Greenwich has nothing like this.” – Rick Muskus, President of the Josef Pilsudski Society

Indeed it is cozy and old fashioned. On Thursday night, friends and families gathered to use the pool table, socialize and even enjoy a round of cards at the bar. 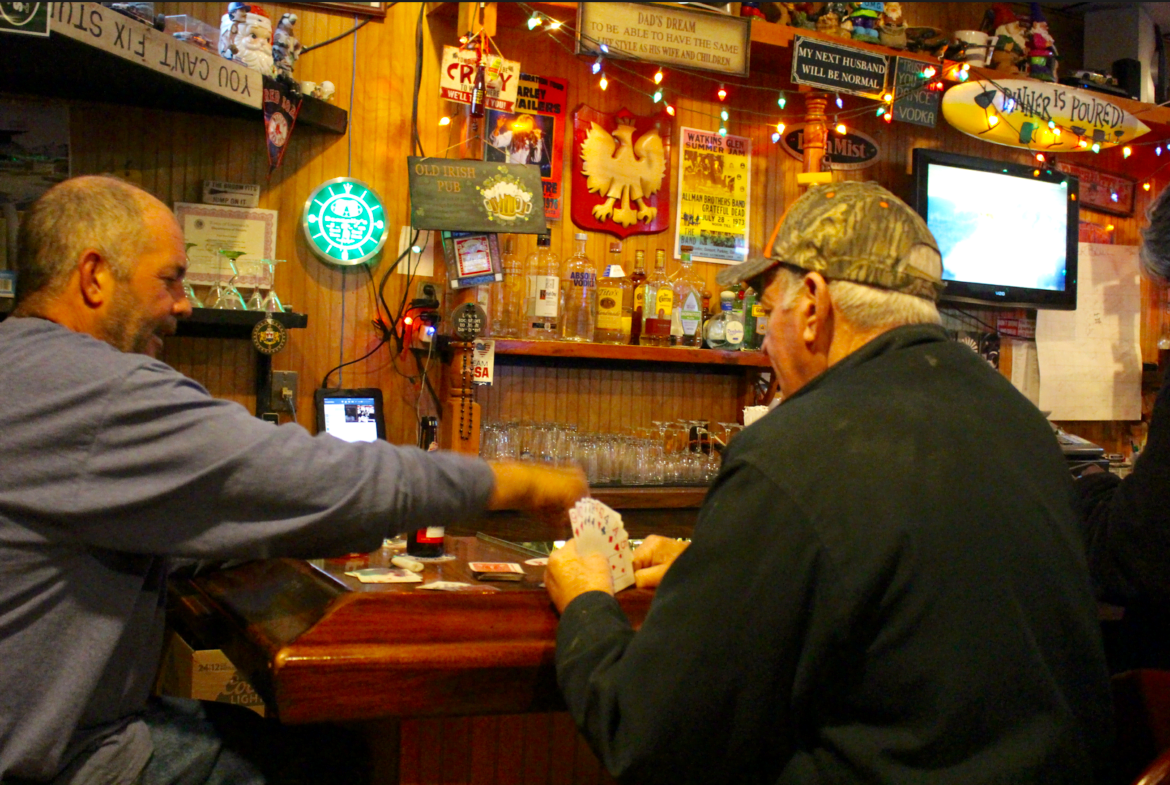 Friends enjoy a round of cards at the bar at the Josef Pilsudski Society on Arch Street. Dec. 15, 2016 Credit: Leslie Yager 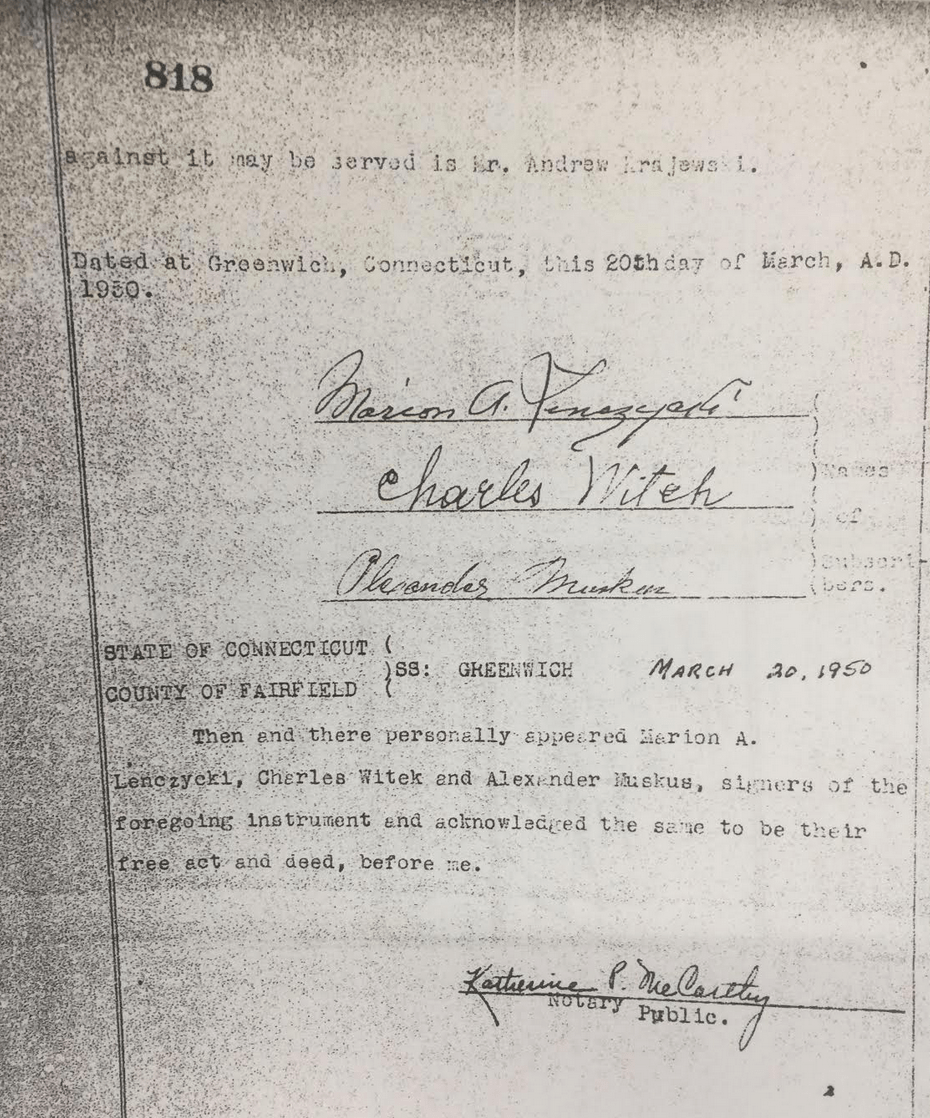 The Josef Pilsudski Society was formed on March 20, 1950 in Greenwich. A document bears the signatures of the three founding members, including Alexander Muskus.

“The legacy of this is unique because it was started by three Polish immigrants including my grandfather,” said Josef Pilsudski Society vice president Christy Caragol, who has known Muskus for many years, the two having graduated Greenwich High School a year apart in the 1980s.

“Our parents went to St. Mary’s together,” she added.

Muskus, who is also the president of TAG, shared a copy of the document bearing his grandfather’s name from back in 1950 when the organization was created.

The overall objective of the Josef Pilsudski Society (the “Society”) is to promote an ongoing awareness of Polish history and General Josef Pilsudski by uniting the community in and around Greenwich, as such, and to inspire its members to remain active in the community taking part in events and provide support for the Society.

More specifically, the Society will provide a mindfulness allowing its membership to identify needs within the local Polish community in which the Society can participate and support, to include but not limited to, charitable offerings for educational scholarships, support of Polish families in need, Polish American educational endeavors and other sponsorship opportunities in support of the Town of Greenwich and other local organizations in the name of the Society.

The Society will strive for unity of purpose in its endeavors to encompass the welfare and continuity of the Society and its responsibilities within the community placed upon itself for services to others within the Polish American community in Greenwich, Connecticut. 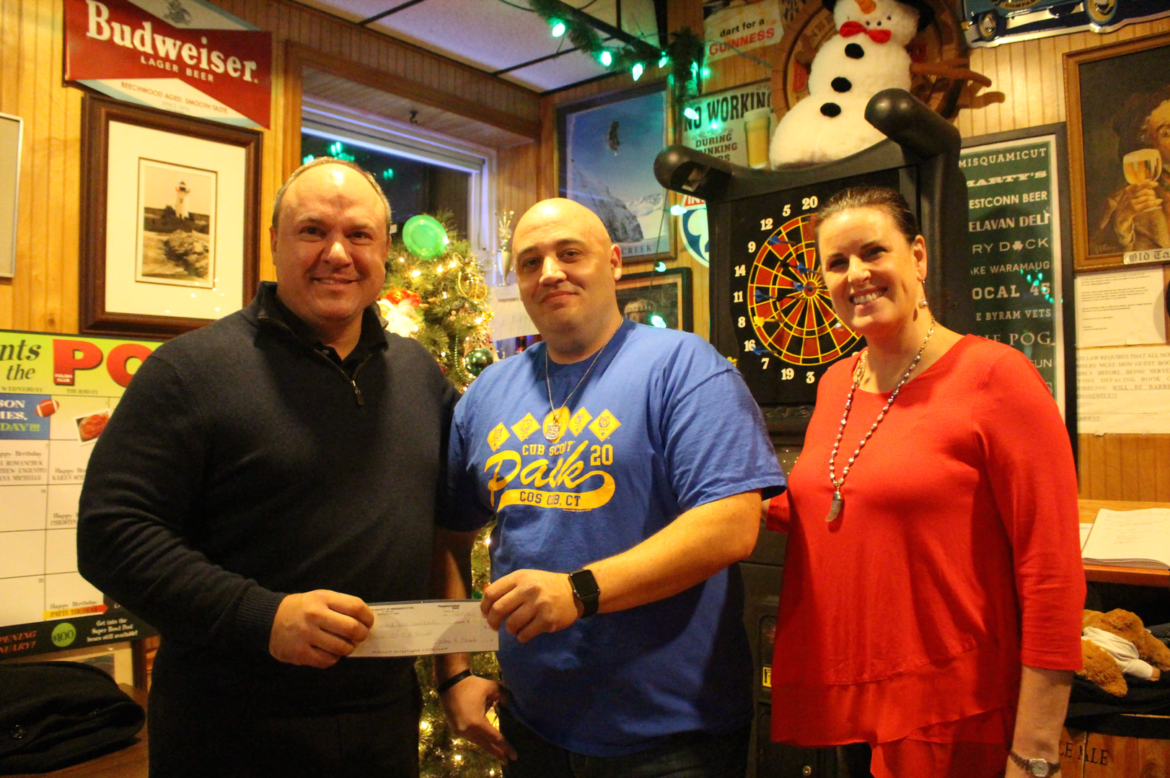 Tom Ehret, (center) with Rick Muskus Jr and Christy Caragol, who are president and vice president of the Josef Pilsudski Society of Greenwich respectively. Mr. Ehret organized a new Cub Scout pack in Cos Cob that enrolled 43 boys in its first year. Dec. 15, 2016 Credit Leslie Yager 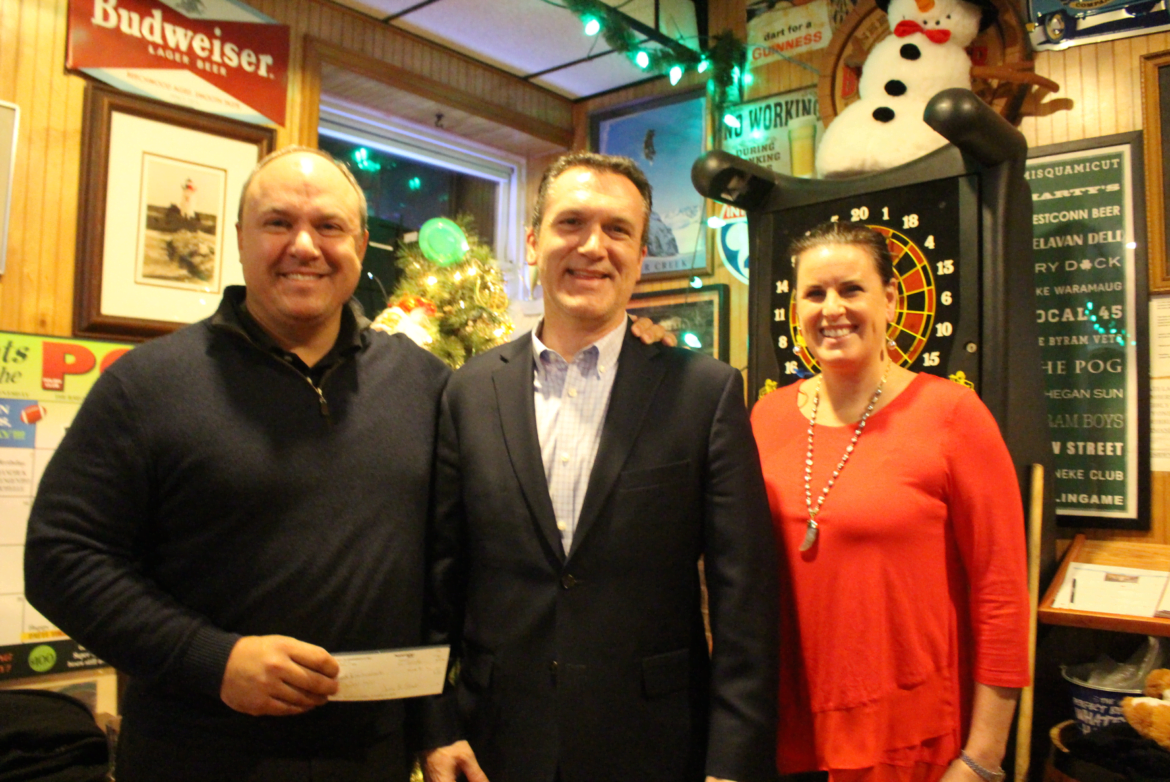 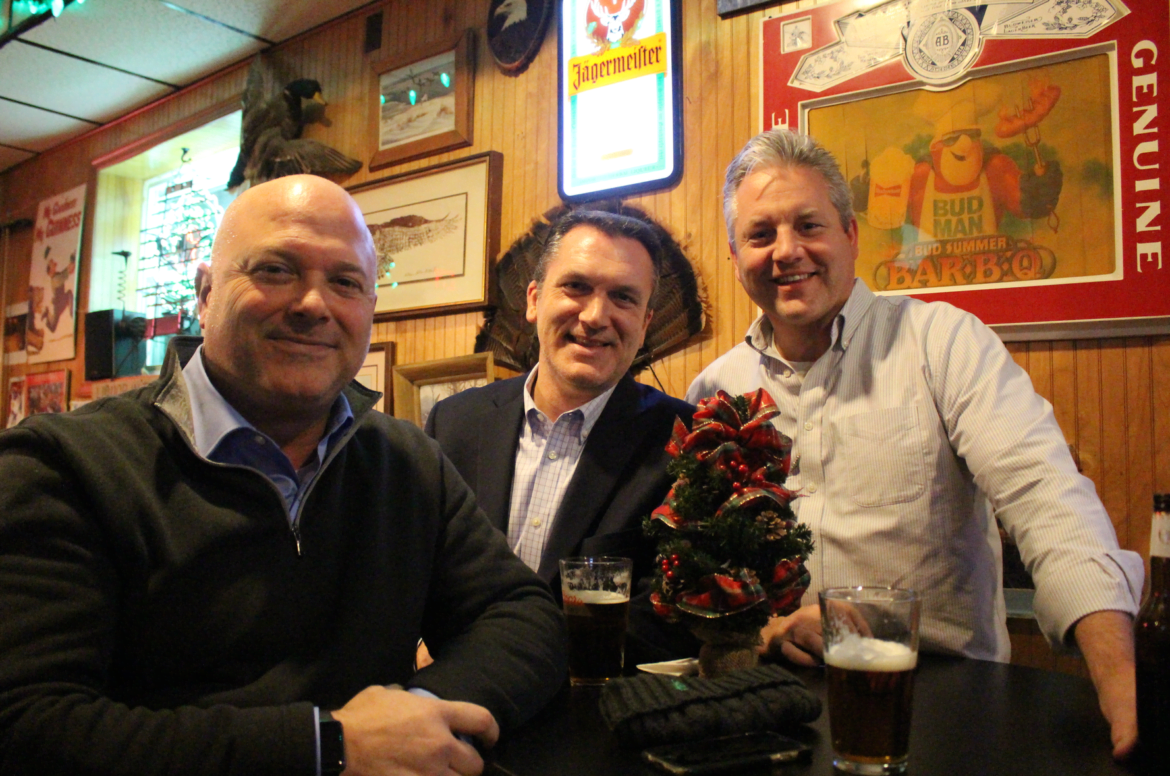 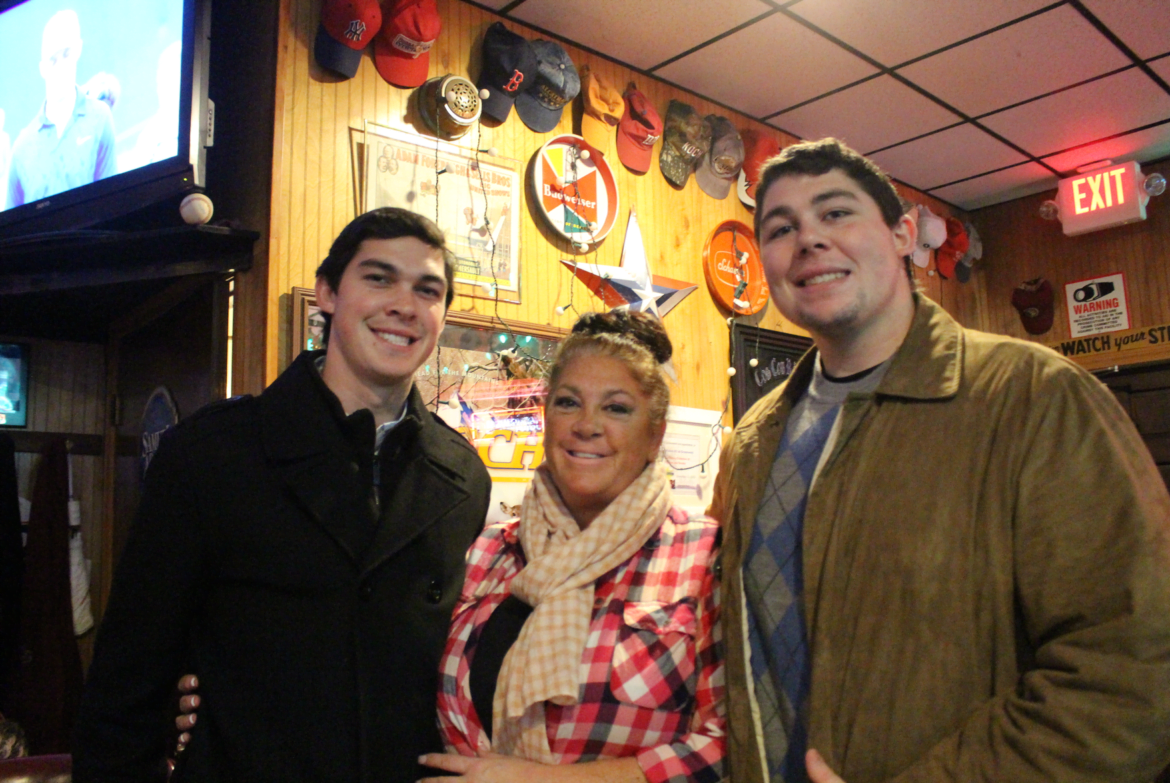 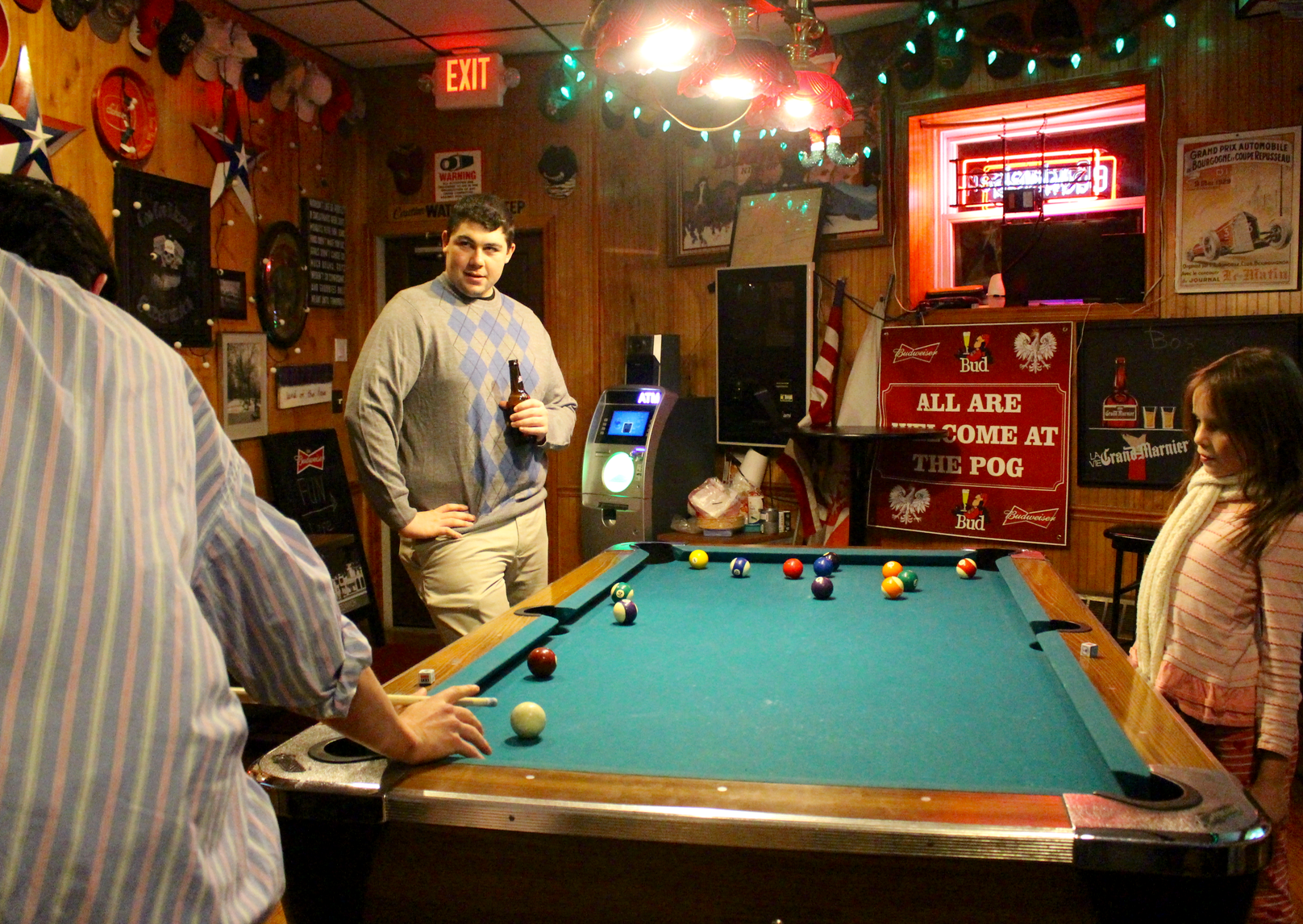 Jonathan and Christopher Fischer, home for the holidays, enjoy a game of pool at the Josef Pilsudski Society of Greenwich, also known as The POG. December 15, 2016 Credit Leslie Yager 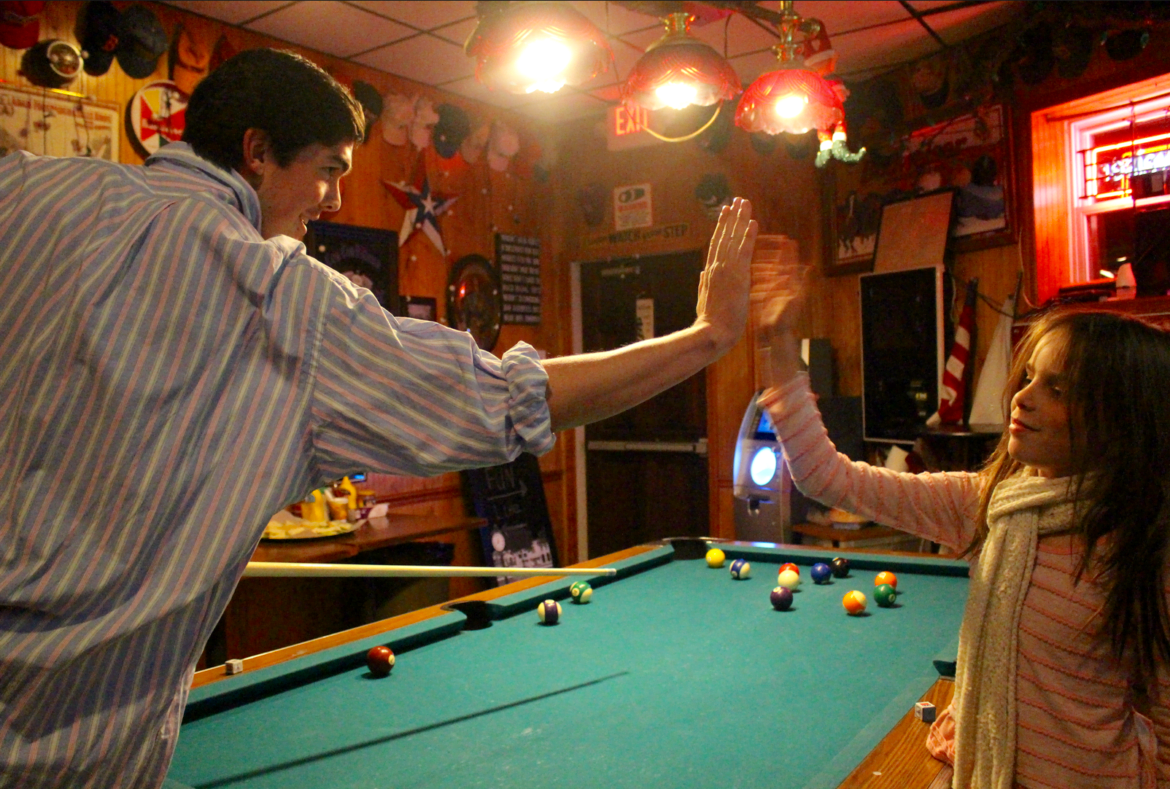 Jonathan Fischer gets a high five at the pool table at the Josef Pilsudski Society of Greenwich, Dec. 15, 2016 Credit: Leslie Yager