At Greenwich’s Putnam Cottage the clock was turned back to the 1700’s, and the community turned out for a glimpse at a colonial holiday during the American Revolution.

The moment in time was created so that the community could all witness revolutionary soldiers and musicians eating, drinking and singing colonial tavern music.

During the Dec 4th event, some onlookers had to cover their ears as the Connecticut’s 5th Regiment fired deafening volleys from their muskets.

There was singing with the fiddler as he played a song favored by General George Washington, who was a patron of the Tavern. There were also carolers singing songs.

It is from Knapp Tavern that he made his historic ride down Put’s Hill. With the British shooting at him he steered his horse down the steep escarpment (close to where Greenwich High School is today) and rode off to Stamford to bring back reinforcements. 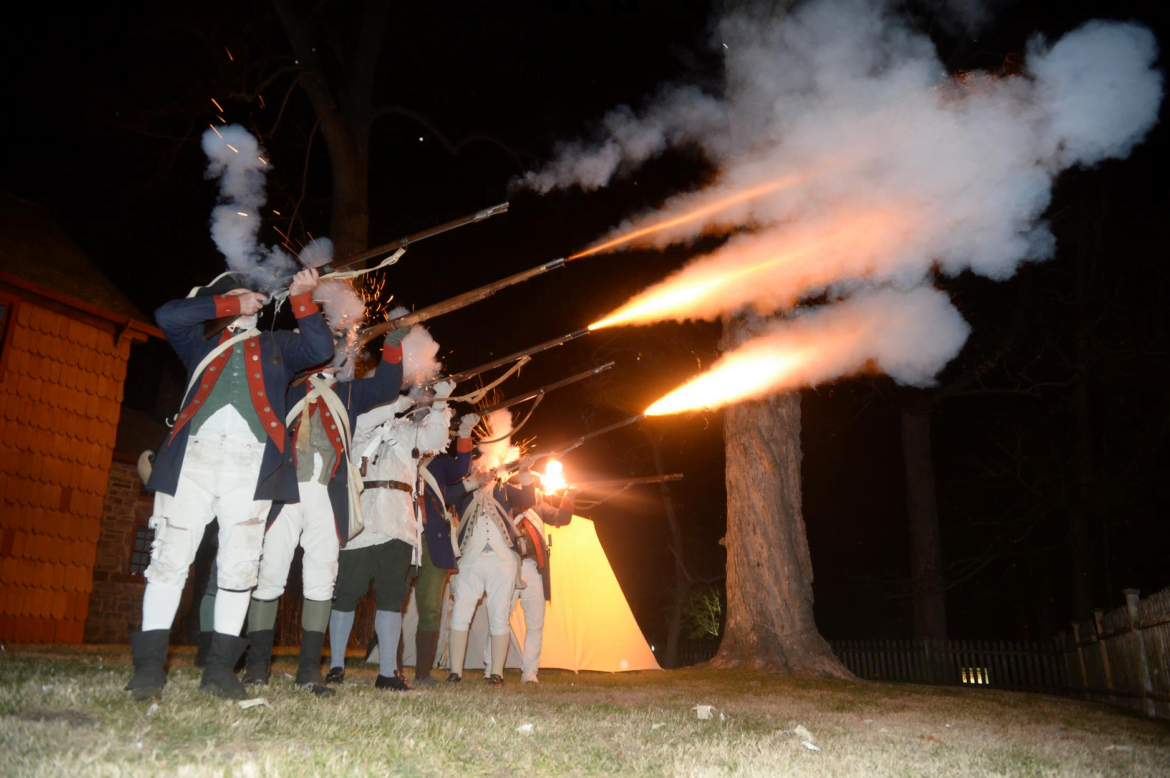 During the Dec 4th event, some onlookers had to cover their ears as the Connecticut’s 5th Regiment fired deafening volleys from their muskets.

His bravery saved Greenwich, and to honor him and his bravery the image of General Putnam riding his horse down Put’s Hill has been memorialized on the Town Seal of Greenwich.

Knapp Tavern Museum at Putnam Cottage is located at 243 East Putnam Avenue in Greenwich across from Christ Church.

This annual event is sponsored by the Putnam Hill Chapter of the Daughters of the American Revolution. If you would like to learn more about us and the Knapp Tavern Museum, please visit the website www.PutnamHillDAR.org.