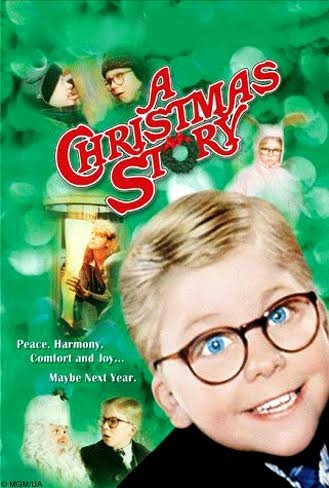 The Greenwich International Film Festival is hosting a free screening of the classic film, A Christmas Story at the Cole Library on Sunday, Dec. 20 at 1:00pm.

Set in Indiana in 1940, during the lead-up to Christmas, A Christmas Story is as much a coming of age tale as a reassurance that every family is a wee bit dysfunctional.

Set in December in 1940 in Indiana where snow is ever-present, nine-year-old Ralphie obsesses the 200-Shot, Range-Model Air Rifle with a built-in compass that he wants for Christmas, despite his parents rebuffs, “You’ll shoot your eye out!”

Other tribulations revolve around the relentless bullying by Scut Farkus, Ralphie’s yellow-eyed nemesis in his coonskin hat.  Perhaps the most memorable moment in the film is when the fire department has to come to the rescue of Ralphie’s friend who gets stuck licking a frozen lamp post after a “Triple-Dog-Dare.”