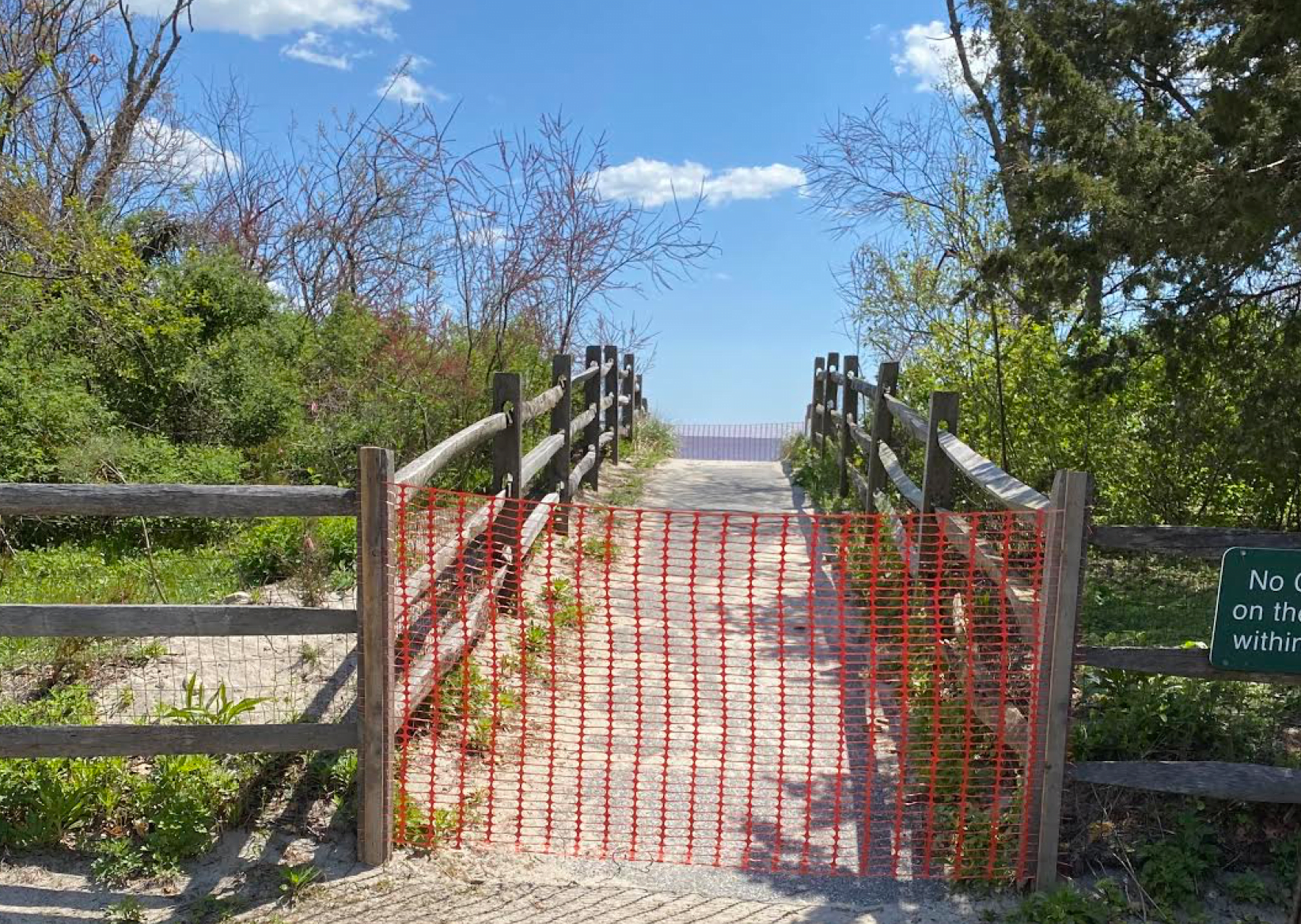 Back on Sunday, March 22, 2020 First Selectman Fred Camillo had ordered all town parks and beaches closed to slow the spread of COVID-19.

“There were very few issues. People were happy to be happy to be out,” Camillo said Friday. “Today we had a couple calls from people with suggestions. I passed them along. It was terrific, just a little windy.”

Camillo said that before the gates opened Thursday at 7:00am there were about 20 cars waiting get in. The park is being kept to a maximum capacity of 500 residents for now.

“There was a nice flow of traffic – bikes, cars, joggers and walkers,” he added.

A caller to Camillo’s Friday radio show said it was nice to walk in the sand at the end of the loop around the park but he got tired and couldn’t cut the walk short.

“We noticed once you entered the actual beach on the sand there was no way to way to walk less than the entire beach. When the sand is soft, that can be difficult walk,” the caller said. “It would be helpful if some of the exit gates were available so you can leave the beach portion when you are tired.”

Camillo said the barriers were erected to prevent people from sitting in the sand. He said the idea was for residents to walk along the water and feel the sand on their feet.

The First Selectman said another suggestion was for Greenwich Police to assign an officer on a bicycle to patrol the park.

“I liked that idea too,” Camillo said. “The best ideas come from the people and we certainly listen.”

Camillo also announced that beginning Monday, May 11 the hours Cos Cob Park will be open will be extended an hour to 3:30pm. Last entry into the park will be an hour before closing time.

Residents are still able to use last year’s beach pass or a driver’s license with a Greenwich address for access to Tod’s Point or Byram Park.

Camillo said signage has been ordered for the beach that will clarify the Governor’s order regarding wearing masks.

“We’ll have signs up to clarify the mask policy,” he said. “The Governor’s executive order says it’s mandatory to wear a mask if you think you’re going to come into contact with people. We’re telling people bring your mask with you. If you’re not around anybody, take it off. When I’m walking alone I take it off. It’s common sense. And people self-police.”