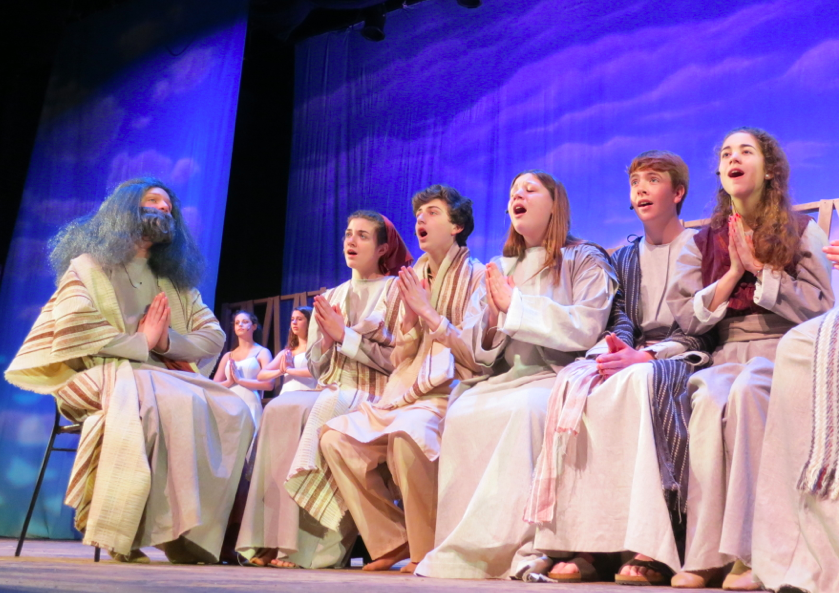 Opening on Thursday, May 15 on the GHS main stage, Children of Eden, is a unique pick.

Director, Patricia Cirigliano and the cast invite the community to sit back, relax and be transported into the perfect world of Eden. 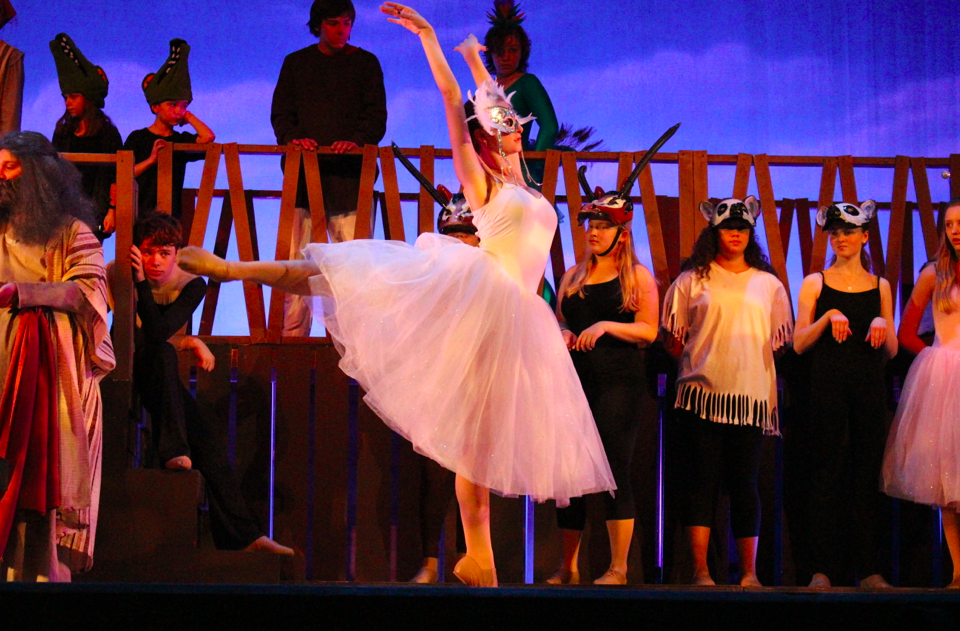 Director Cirigliano describes Stephen Schwartz’s  musical as a journey from the creation of the world through the time of Noah’s Ark. But it’s not merely a Biblical tale.

Cirigliano explains, “Children of Eden explores what it means to be a father, or by extension, a parent. Father creates Adam and Eve to keep him company and worship him. He creates Eden, the perfect garden, for his children. Every parent envisions creating a perfect life for his perfect child.”

As every parent learns, there is no perfect child or rule book that guarantees a perfect world for your child.

Adam and Eve are not content in Eden, and, like all children, they question, explore and test the limits of their world. Curios Eve disobeys and disappoints her Father. When she is banished from Eden, Adam makes the heartbreaking choice to go with Eve, his love, rather than stay with his Father.

In many ways, said Cirigliano, Children of Eden is a coming of age story about young people defining themselves and choosing paths their parents don’t approve of. As one of the most poignant songs in the production goes, “The hardest part of love is the letting go.”

This is true for the Father, Adam, Noah and, certainly, of parents in general. Parents watch children sit up, crawl, walk, run, and go to their first day of school. Later there are proms, graduations and weddings. “But it can also be bittersweet,” said Cirigliano. “Children miss the innocence of childhood when they are grown and parents miss the baby they held in their arms.” 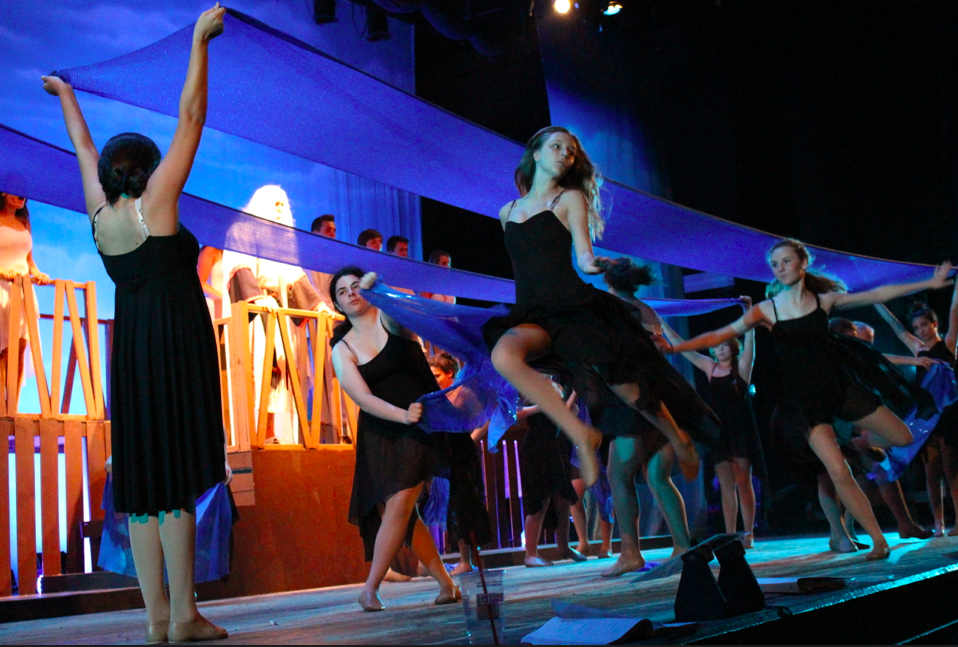 In the musical, Noah accepts Japheth’s choice of bride, rather than disowning  him. “Noah heals his family through forgiveness and tolerance,” said Cirigliano. The bility to choose freely resonates in the show’s final song:  Our hand can choose to stop the knife. Our hearts can choose to stop the hating. For every moment of our life is the beginning. 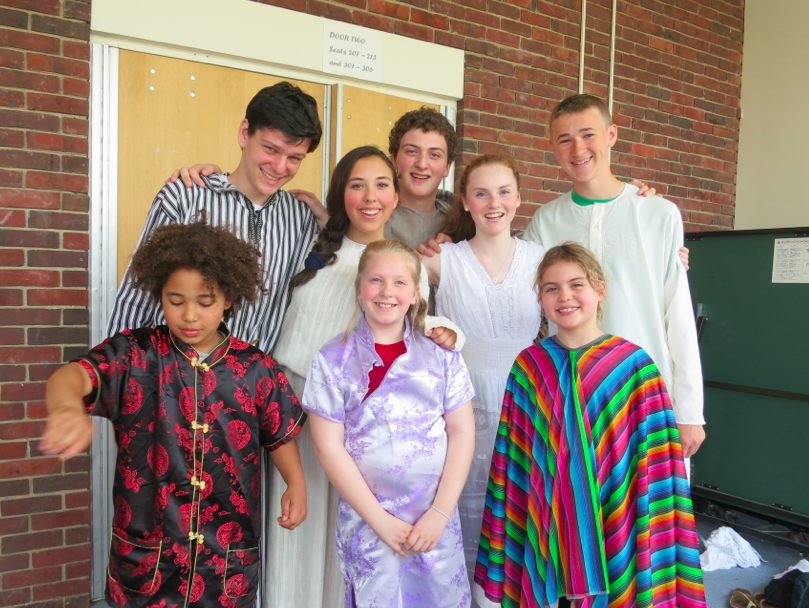 The theme of fresh starts is uplifting. The idea that children are not defined by their parents or their lineage, but rather can define themselves through their choices is powerful in a high school setting, according to Cirigliano.

“Students are trying to figure out who they are as a teenager, student, child and an individual. Schwartz’s message is powerfully resonant. Life is a choice,” she said, quoting a song: “It is not written in the stars. It’s in our hands.” 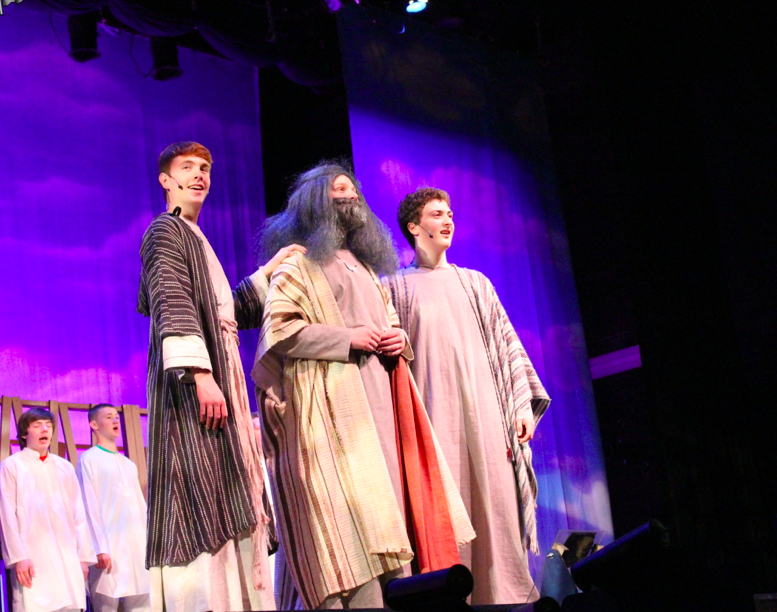 At a time when life can seem overwhelming, the message of Children of Eden is empowering, according to Cirigliano. “There is not one path but many.  As you journey with us through tonight’s show, perhaps you will think about your own grandparents, parents and children. Perhaps the songs will touch your heart as deeply as it has touched ours.”