It’s time to say goodbye to the O’Neil outdoor theater, which is on private property in Cos Cob at 21 Lia Fail Way. The historic ampitheater is being dismantled by its new owners.

The amphitheater, which, according to the State Register of Historic Places, is the only one of its kind in Greenwich, and possibly the only one in southwestern Connecticut, is set into a hillside and resembles ancient Greek prototypes. 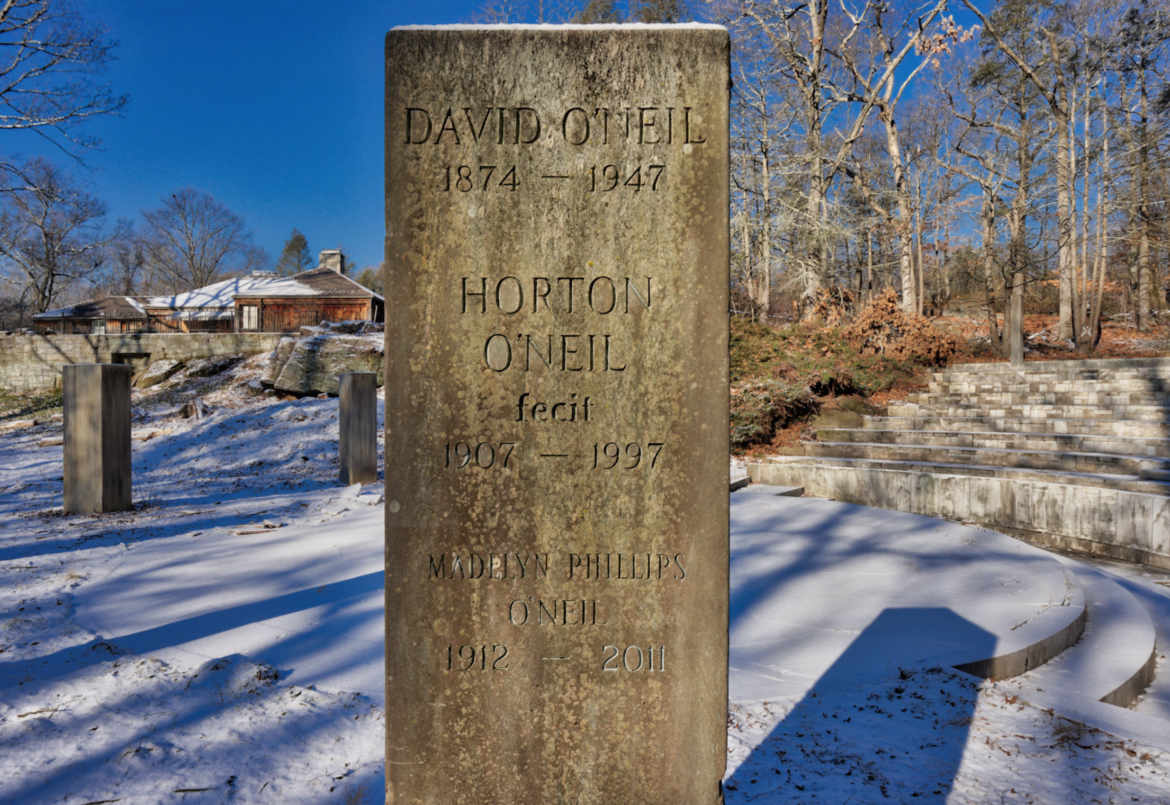 Board member Frank DiVincenzo, who lived on Dandy Drive just 40 yards from the ampitheater for many years, had known Barbara O’Neil, and had first visited the site decades ago.

He said the current owners of the property, which had been for sale for a long time, have decided to dismantle it to make way a 6,500 square ft house.

Back in late 2016, the Town’s Inland Wetlands and Watercourses Agency, cited the owners for unauthorized clearing 35 ft from wetlands without permits and issued a cease and restore order.

Since then, the owners have worked with receiving organizations to find homes for the marble, with the exception of a portion of the stage.

“You could stand on the stage and whisper, and you could be heard on the furthest point of the seating area,” DiVincenzo recalled, adding that he visited the site and spoken to the foreman, who provided a contact for his company. He estimated it would cost about $87,000 to remove and transfer the remaining six large columns to the town, which DiVincenzo said was obviously cost prohibitive. 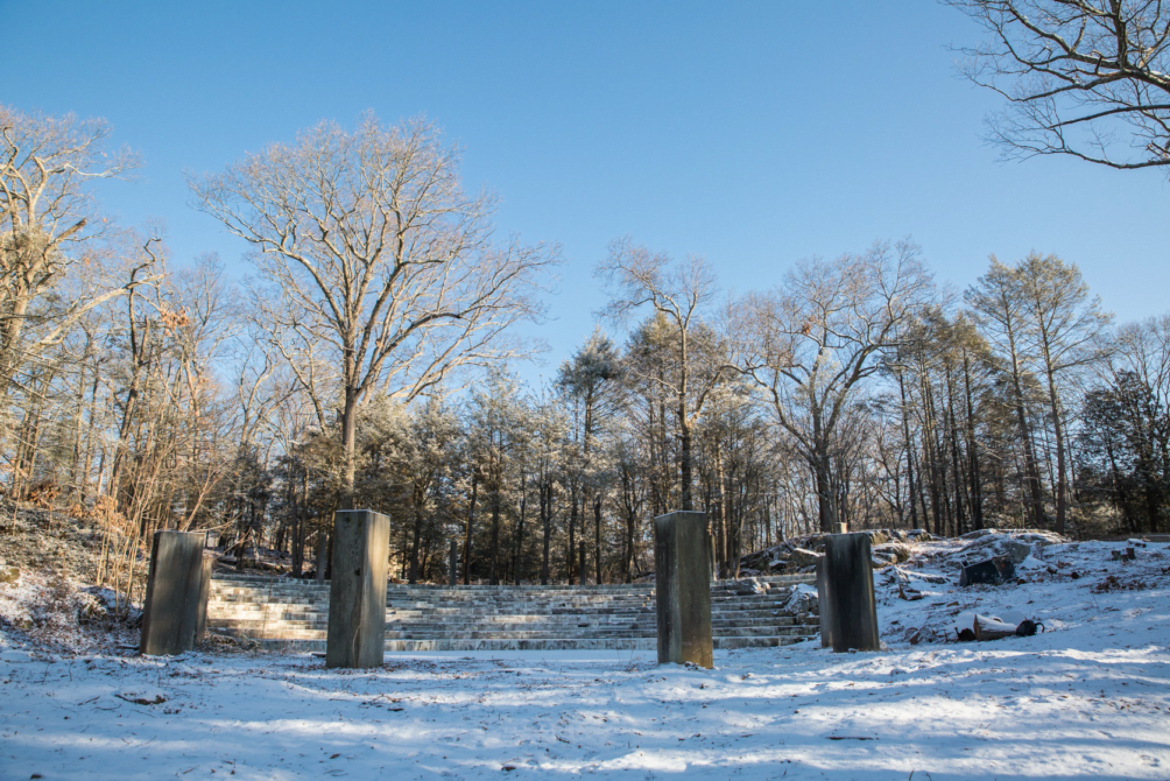 DiVincenzo next met with First Selectman Peter Tesei and Parks & Rec director Joe Siciliano to discuss having the Town remove the columns.

Unfortunately, they concluded it was a bad idea to mix public equipment with private property. On the bright side, connections private donors were forthcoming.

He said Tony Vitti offered to donate most of the work to move the columns.

“He has the expertise and the equipment and is a generally good guy,” DiVincenzo said. “We only needed to come up with $1,600, but we should come up with about  $2,000, because there’s always something.”

“Needless to say, it’s a no-brainer,” DiVincenzo said. “We have the equipment and expertise in moving these columns. We just need a place to put them.”

DiVincenzo said Parks & Trees Superintendent Bruce Spaman said the columns could be stored in the shed on Indian Field Rd, which is a secure place, until the town creates a plan for them. He said Josie Merck, who is underwriting the $2 million to remove the stone wants to be present to watch the columns being removed. 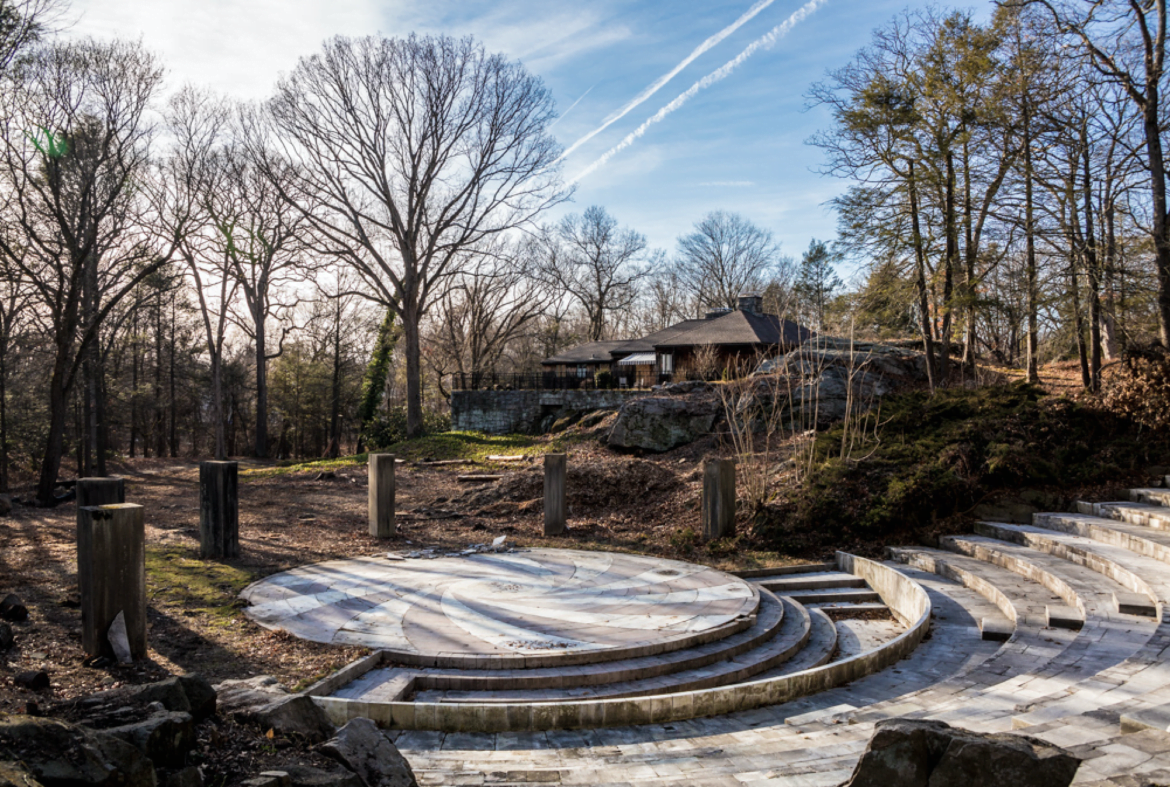 The project is temporarily on hold due to the recent rain, which has created muddy conditions. As soon as the trucks can get on the property, the columns will be removed and stored in the town shed on Indian Field Road.

From there, phase 2 of the project will be to come up with a plan for the columns, though Mr. DiVincenzo said a number of enthusiastic donors have already been in contact.

Parks & Rec director said that for any design for the columns in Greenwich’s parks would have to go through all channels from Planning & Zoning to RTM.

According to a brief summary written by the Register of Historic Places, the ampitheater’s Celtic elements were inspired by the Irish ancestry of Horton O’Neil, the architect and builder of the theater.

The construction of the theater also approximated Greek methods because it was built without heavy equipment or modern materials, except for the slab under the stage’s pavement, which utilized ready-mix concrete.

Most of the marble came from three quarries: Wingdale, New York and both Manchester and Danby, Vermont. 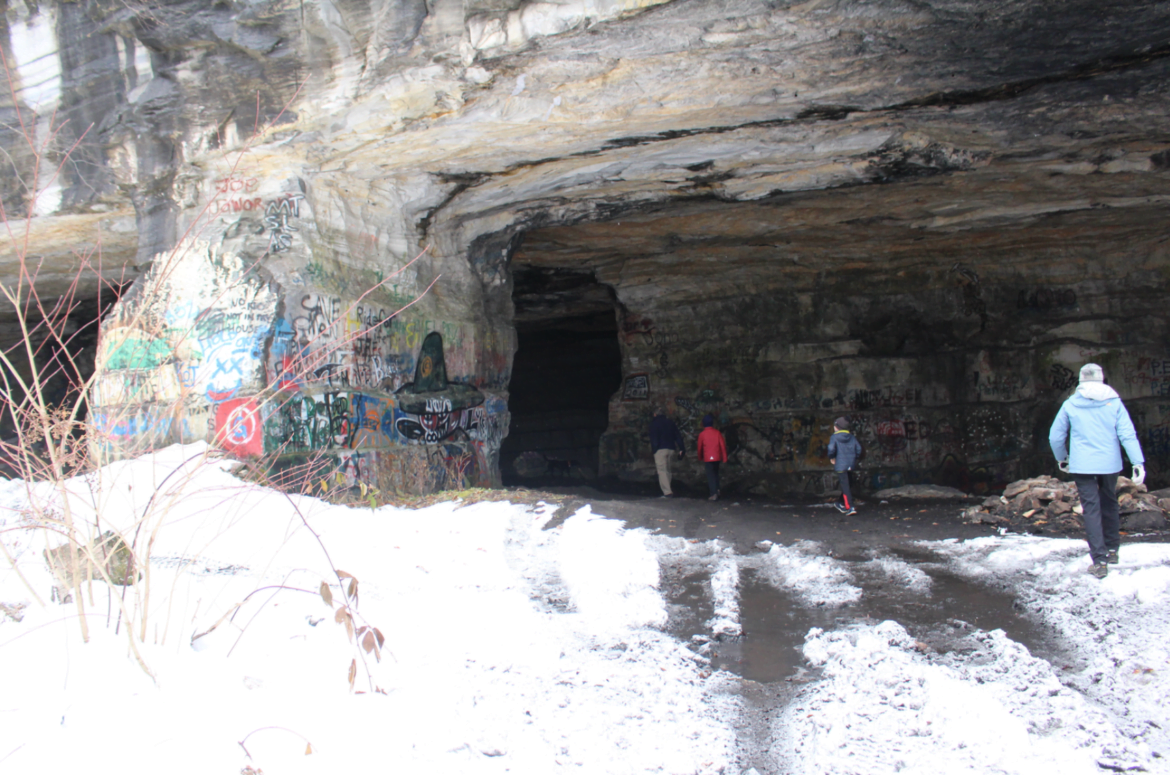 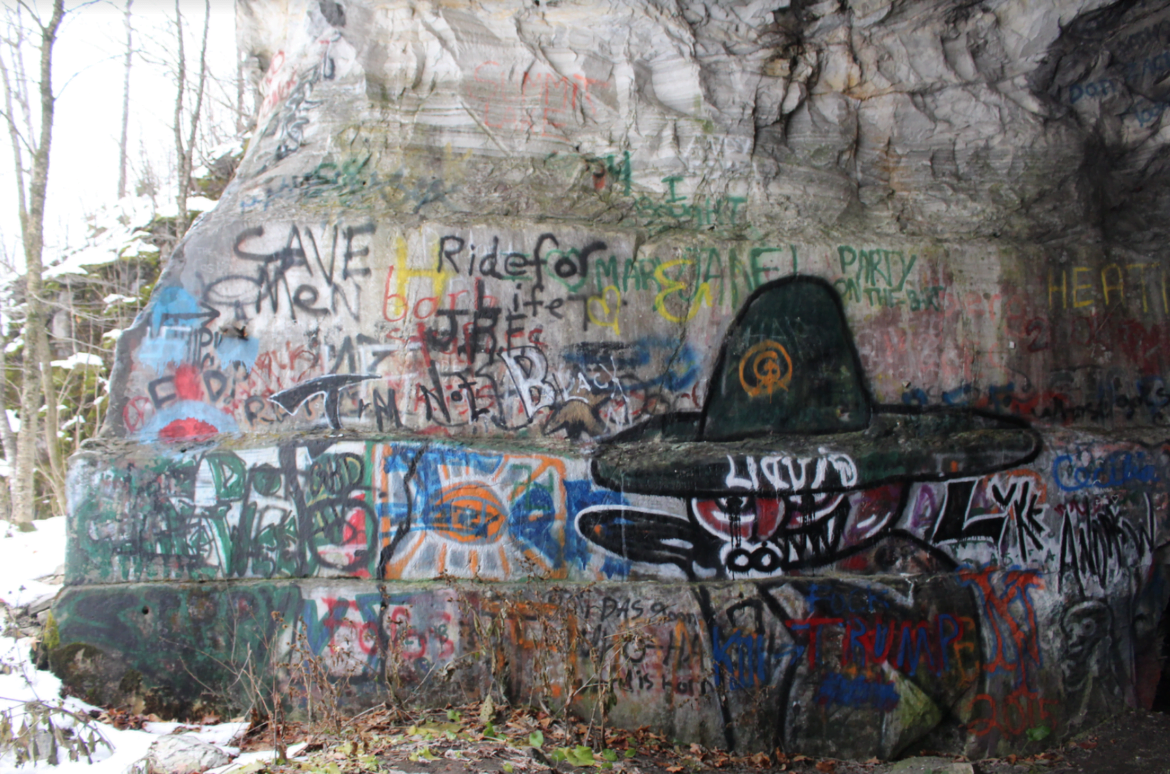 The rose-colored Tennessee marble of the pit and stage was acquired already cut from a stone yard in Brooklyn.

Only four workers were hired for the theater’s construction, including two stone cutters, Louis and Joseph Gentile, who were born in Italy.

The acoustics from the stage are excellent and the curvature of the pit permits a whisper at one end to be heard perfectly at the opposite end.

The theater has been used intermittently through the years for various events, plays, dance recitals, chamber music programs and even poetry readings by the elder O’Neil.

From 1949 to 1959, it was used by Greenwich Academy’s dance department. Their first presentation was “Midsummer Night’s Dream” and one of the fairies in the fairy dance was Jane Fonda. 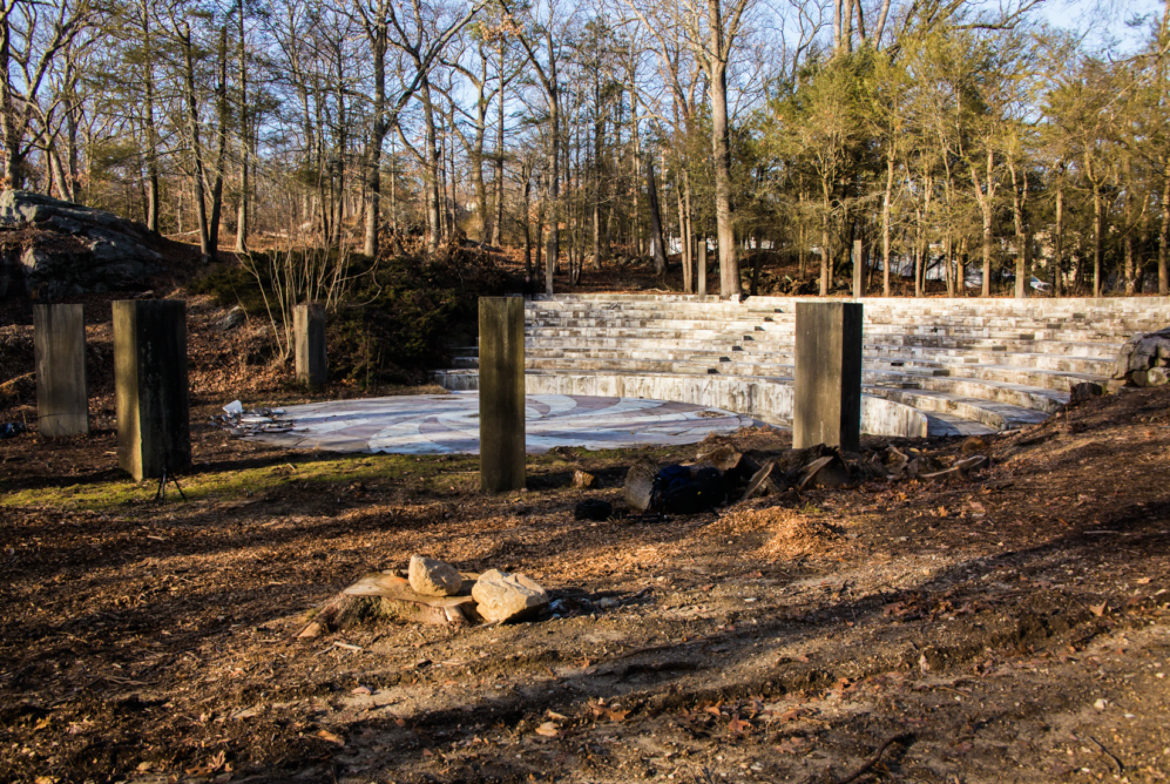 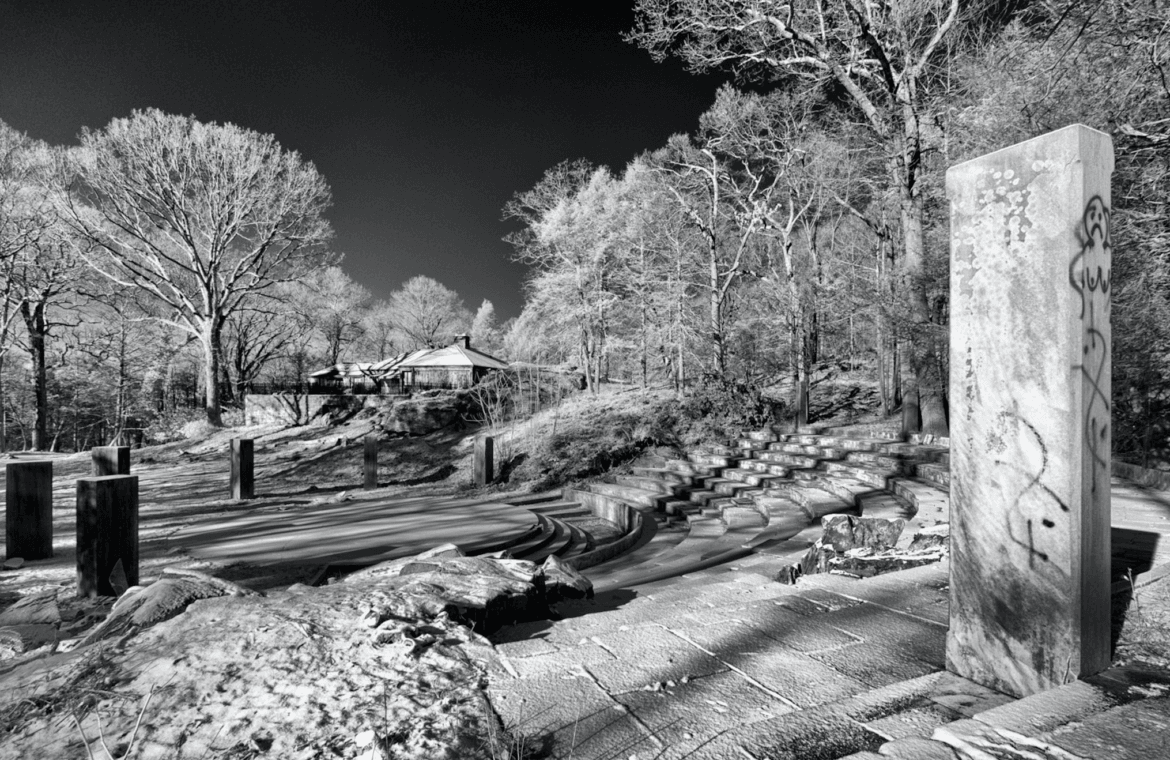