The program gives students a broader understanding of what it means to be an artist and to expose young artists to the possibilities of pursuing a career in this field by bringing in professional artists to teach the youth about different careers in the Art industry such as being an architect or being a curator.

They have also taken the students to various museums and, as Michael Manning put it, “basically anything that is connected to the career of being an artist.”

They have been graciously funded by the Greenwich Alliance of Education via a grant which they have received for the past four years.

Their most recent project was to build a bridge out of recycled cardboard with assistance from Peter D. Cook.

Prior to Cook’s visit, the students were broken up into teams and were instructed to design their own bridge with the given parameters of this project and to keep in mind the information they have been taught throughout their bridge building unit in the tech/engineering class at their school. The students were given 5-inch cardboard tubes, 8mm jute rope, and packing tape. 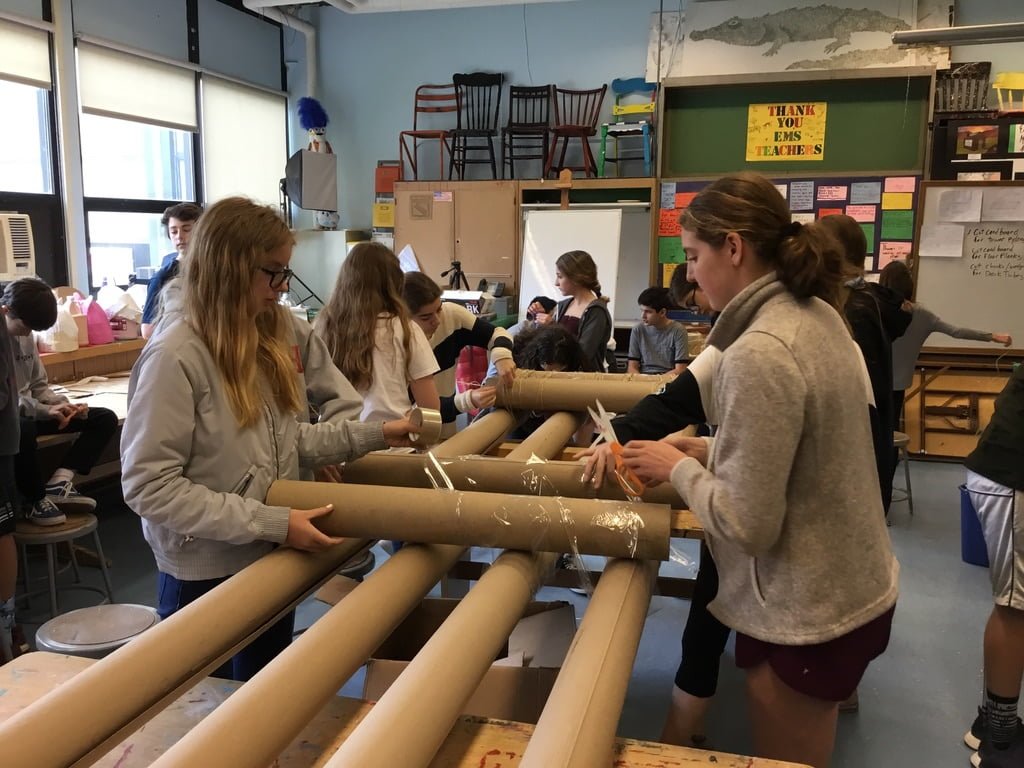 “This is a great project for the kids,” Manning said, “The more there is to do, the better it is for the kids.”

In the one day the students had with Cook, they built the platform and one part of the suspension and finished it up later into the summer. 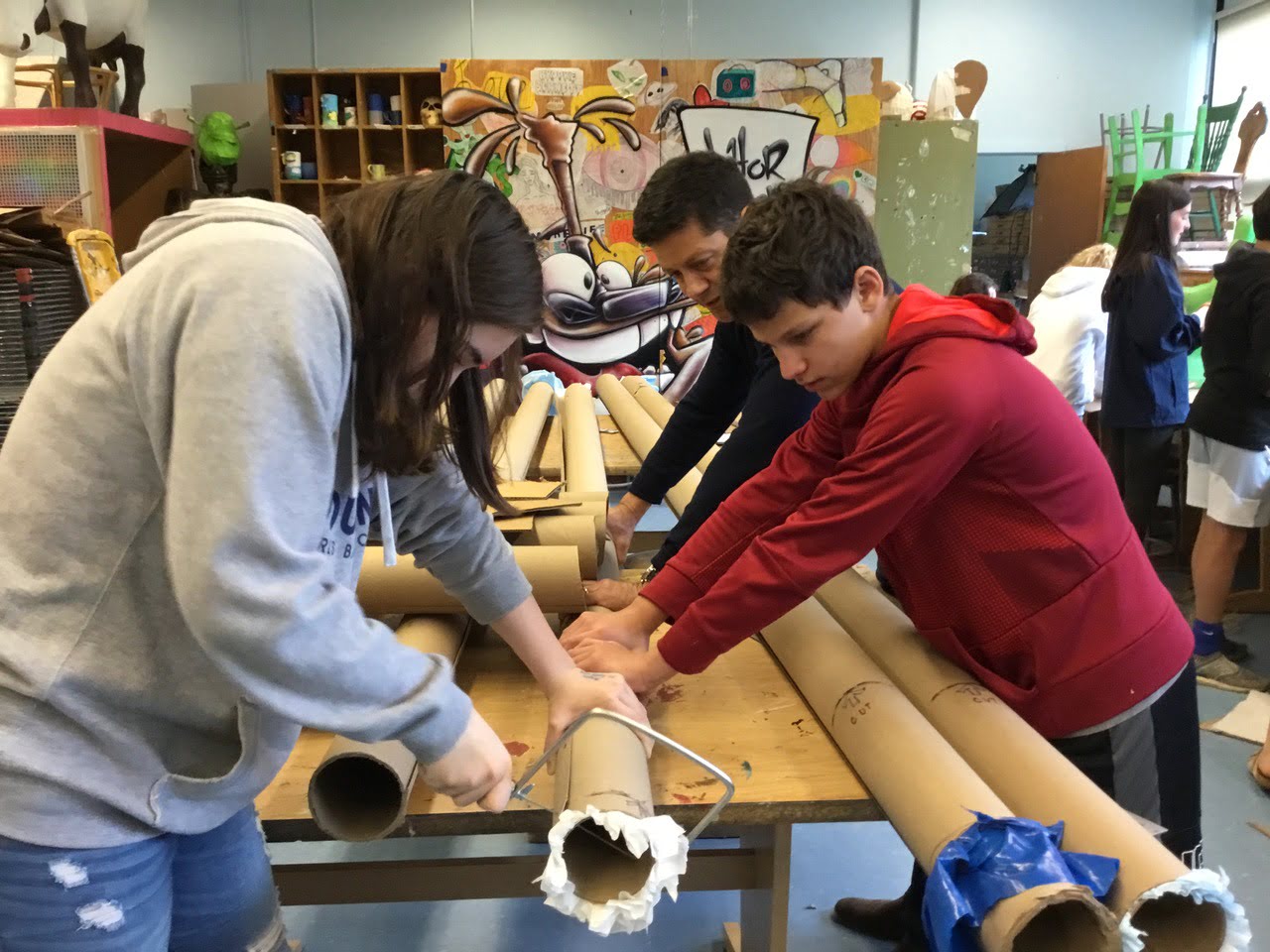 When asked how sturdy the bridge was Manning said that it was very strong given that they were able to walk across it without any issues. 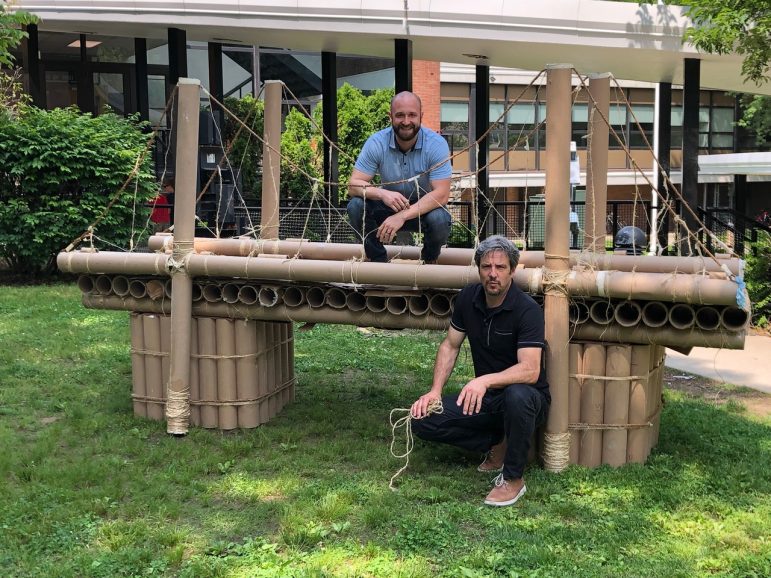 Ben Quesnel (on top of the bridge) and Michael Manning (below the bridge.) Contributed Photo.

After working with Cook, students were able to go and tour Granoff Architects, to see the everyday-work life of an architect such as Cook. 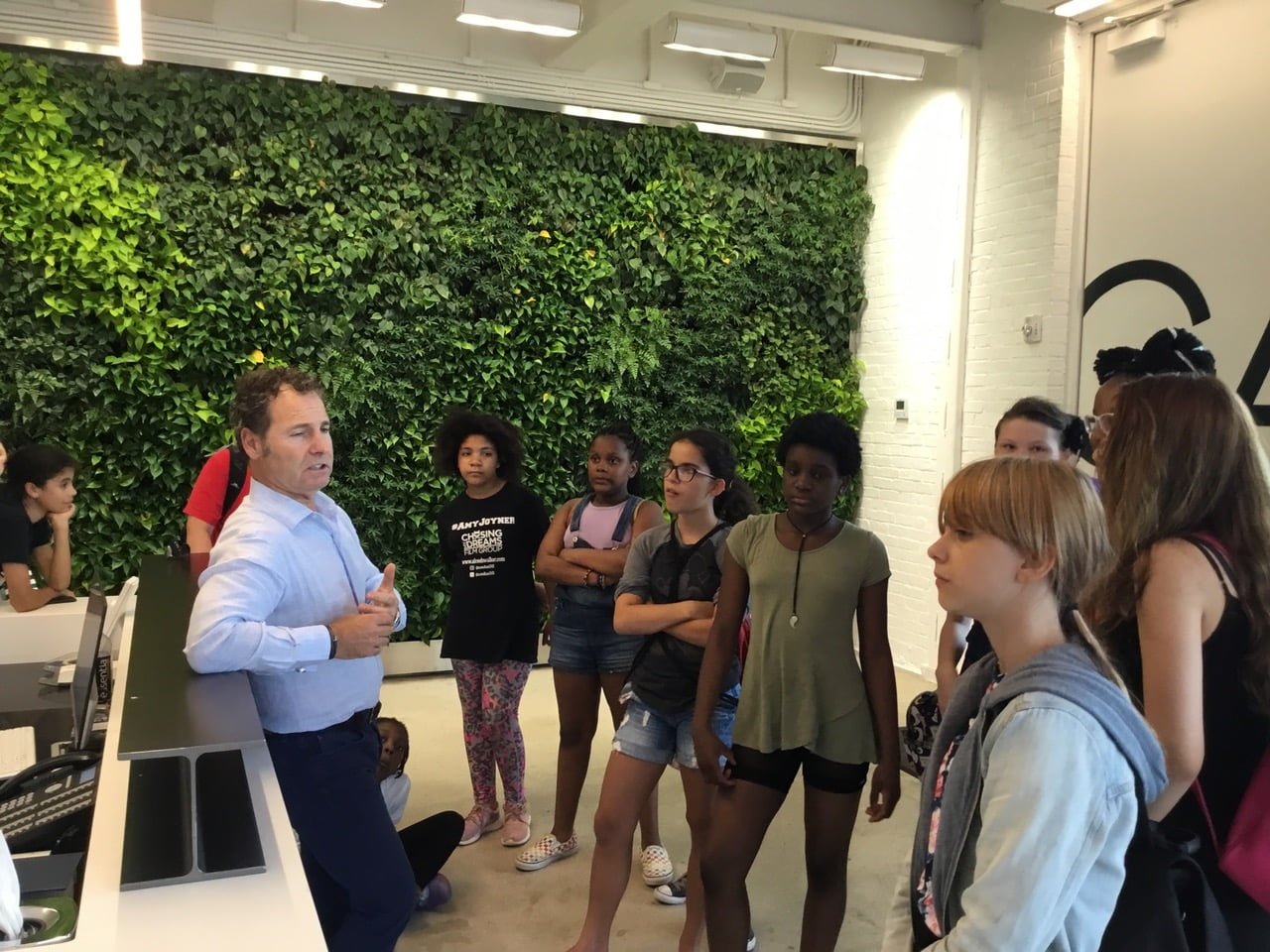 The construction of this bridge took place at all three middle schools and was fully put together at the Boys and Girls Club of Greenwich where it will be on public display until August 16th.

The bridge will then be moved to other public places for display throughout the town of Greenwich.

Through this program, students have learned that “art is not just a piece of paper,” Manning said, “It’s much bigger than that. It could be the clothes you’re wearing, the car you’re driving, the house you lived in, the painting on the wall. It’s so many different aspects which is a really important goal of this program.”

In September of this year, the Developing Artist Program will start their mentor program for their students that are interested in architecture as a potential career. 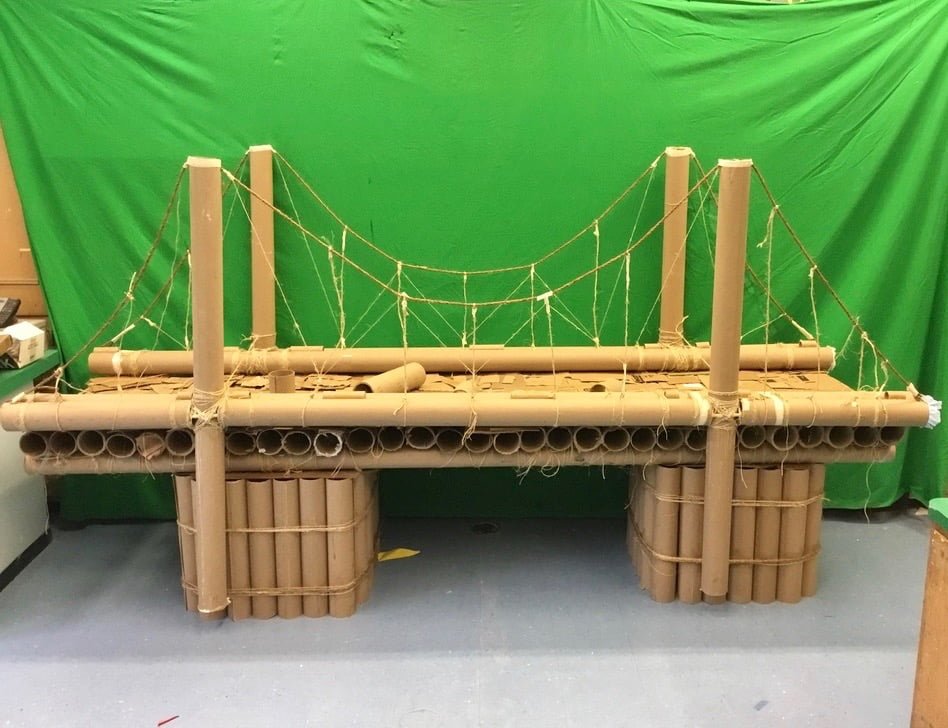 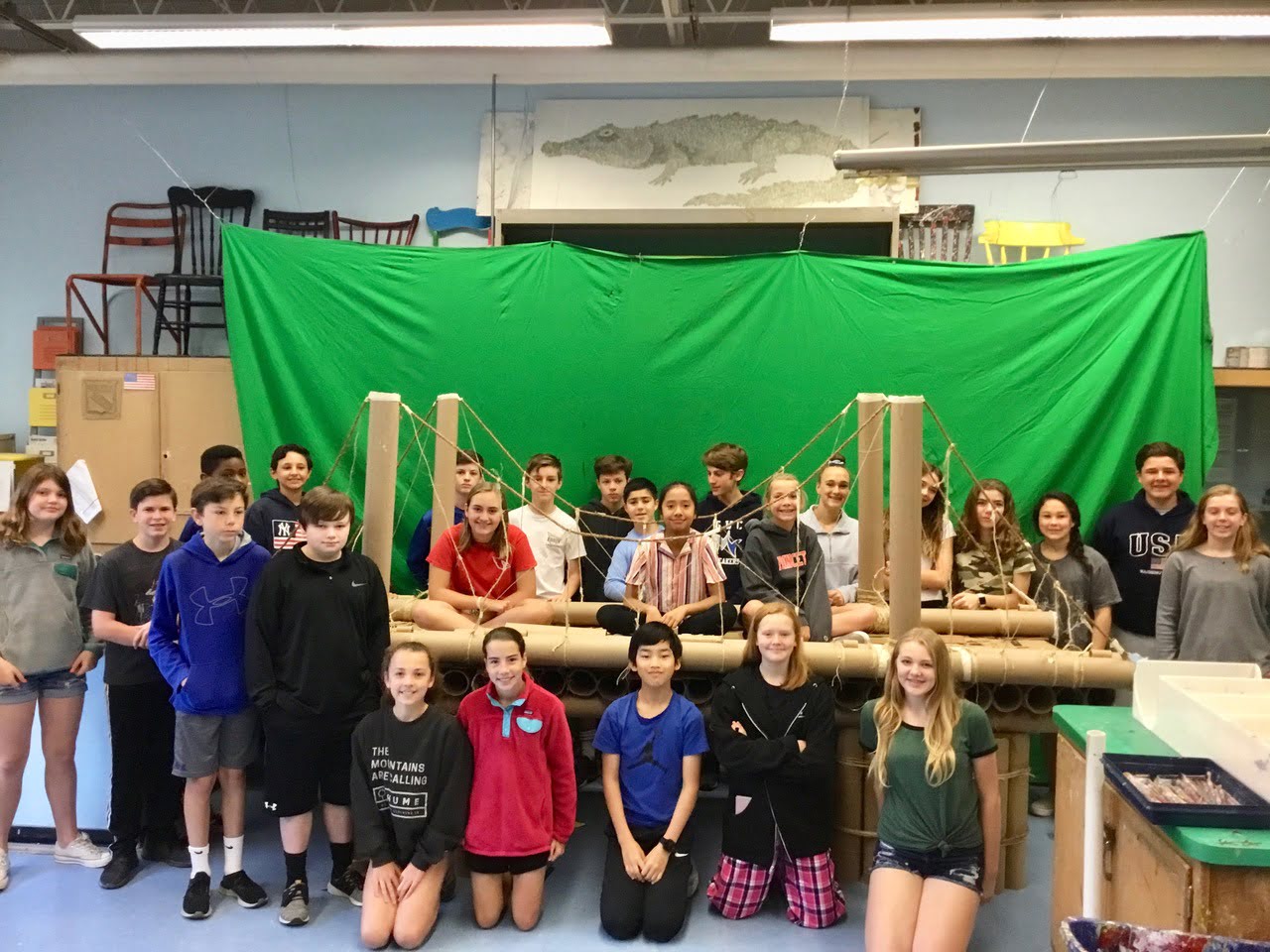 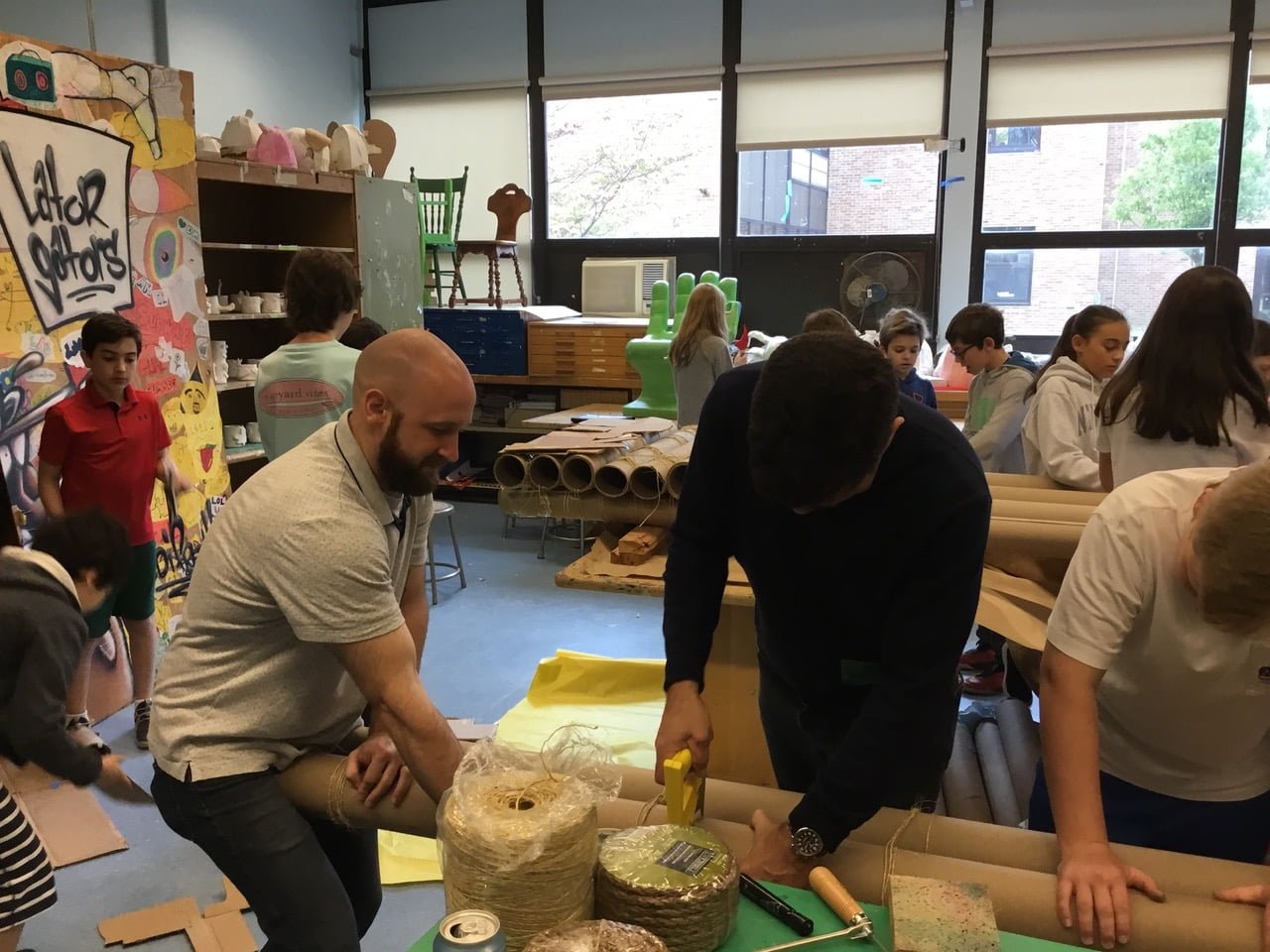 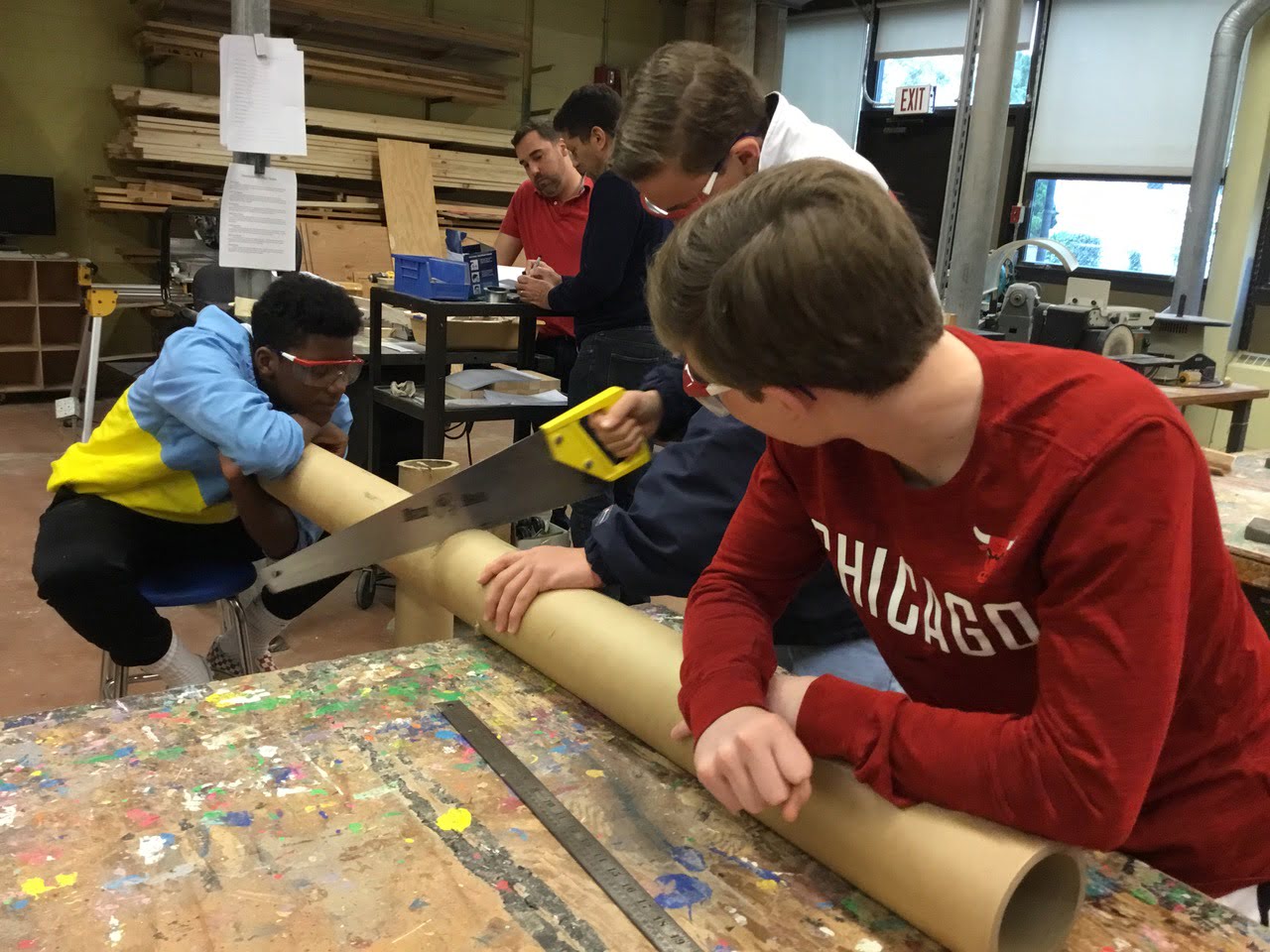 Students working together for the bridge. Contributed photo. 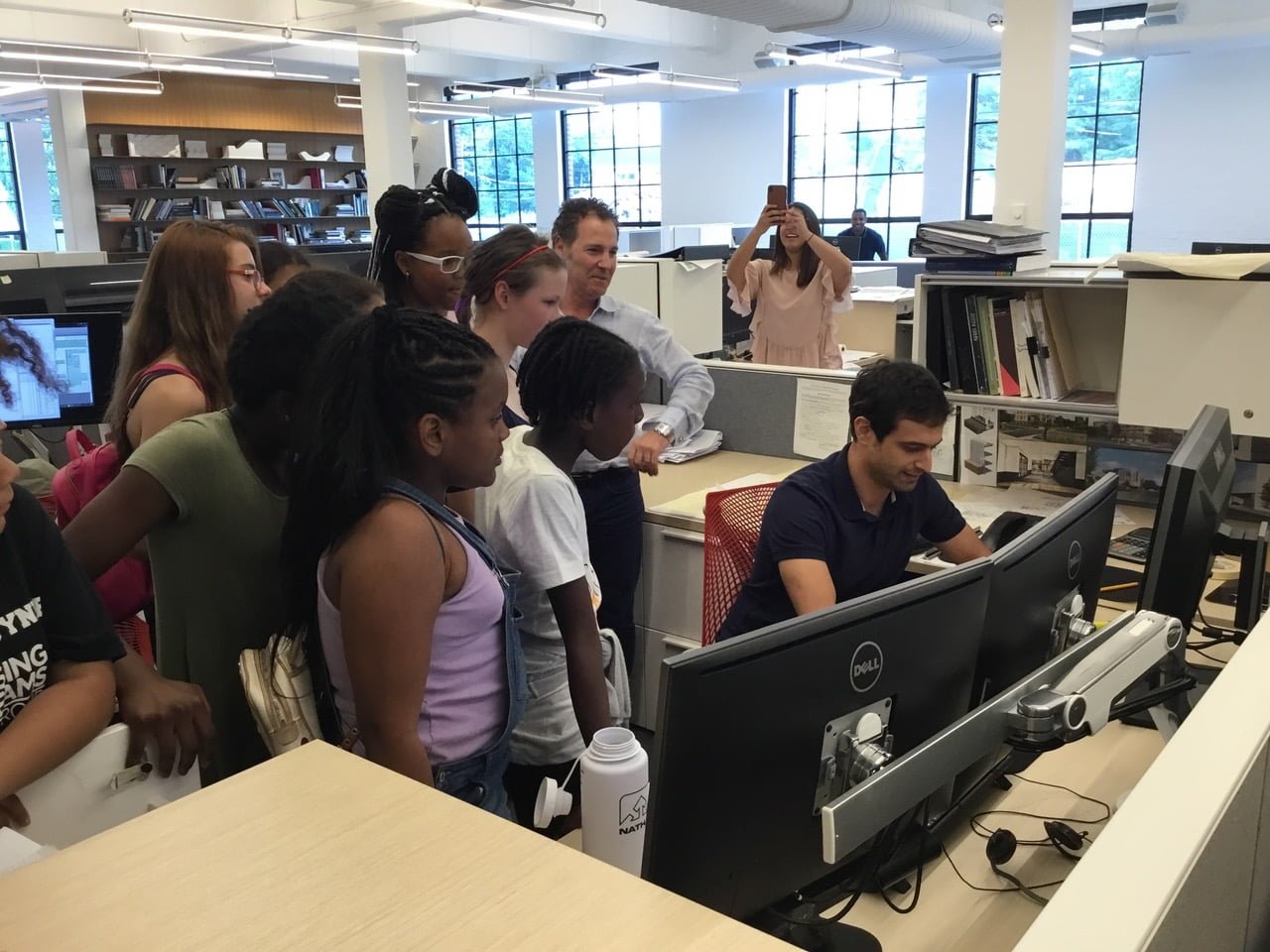 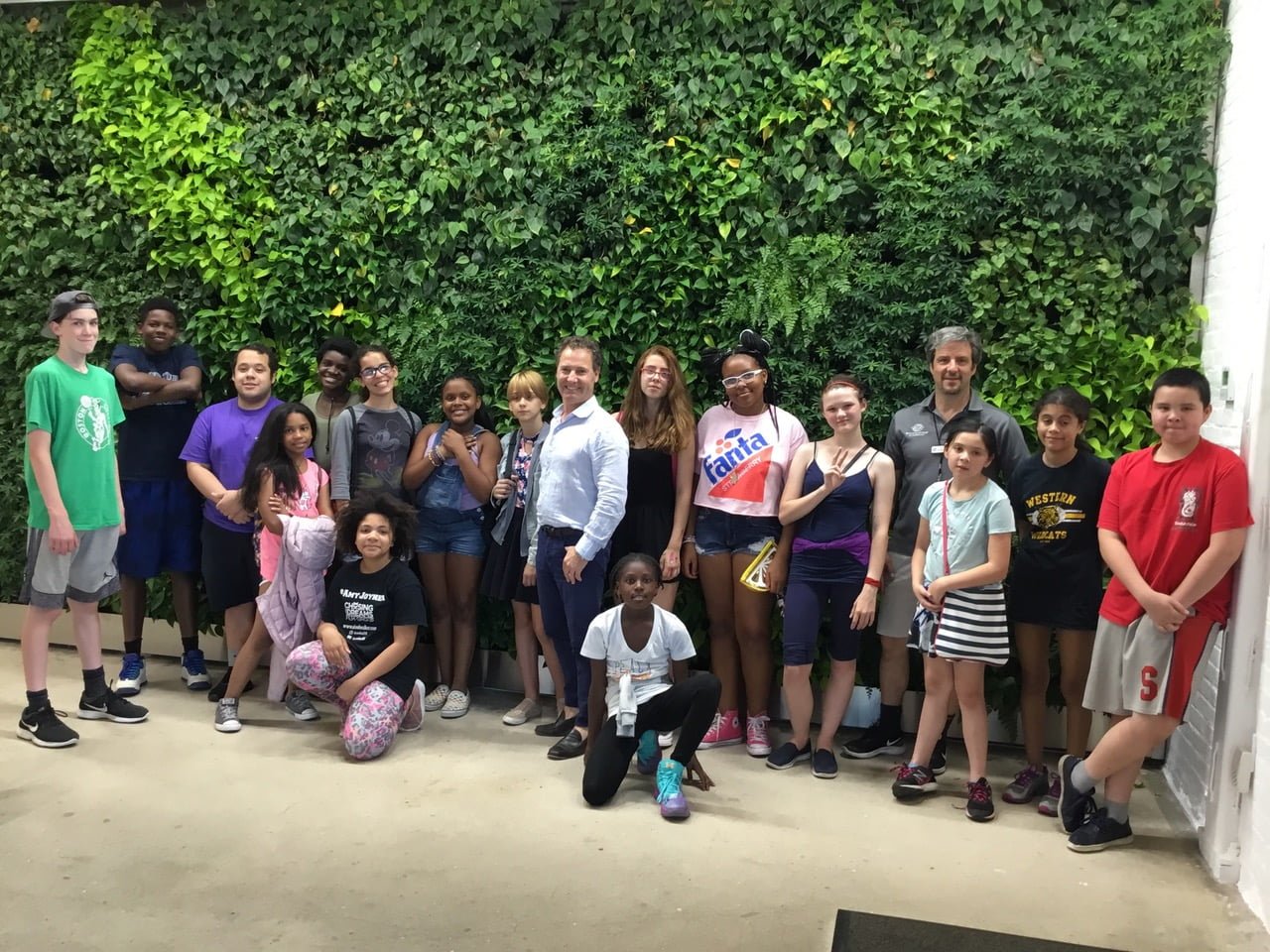