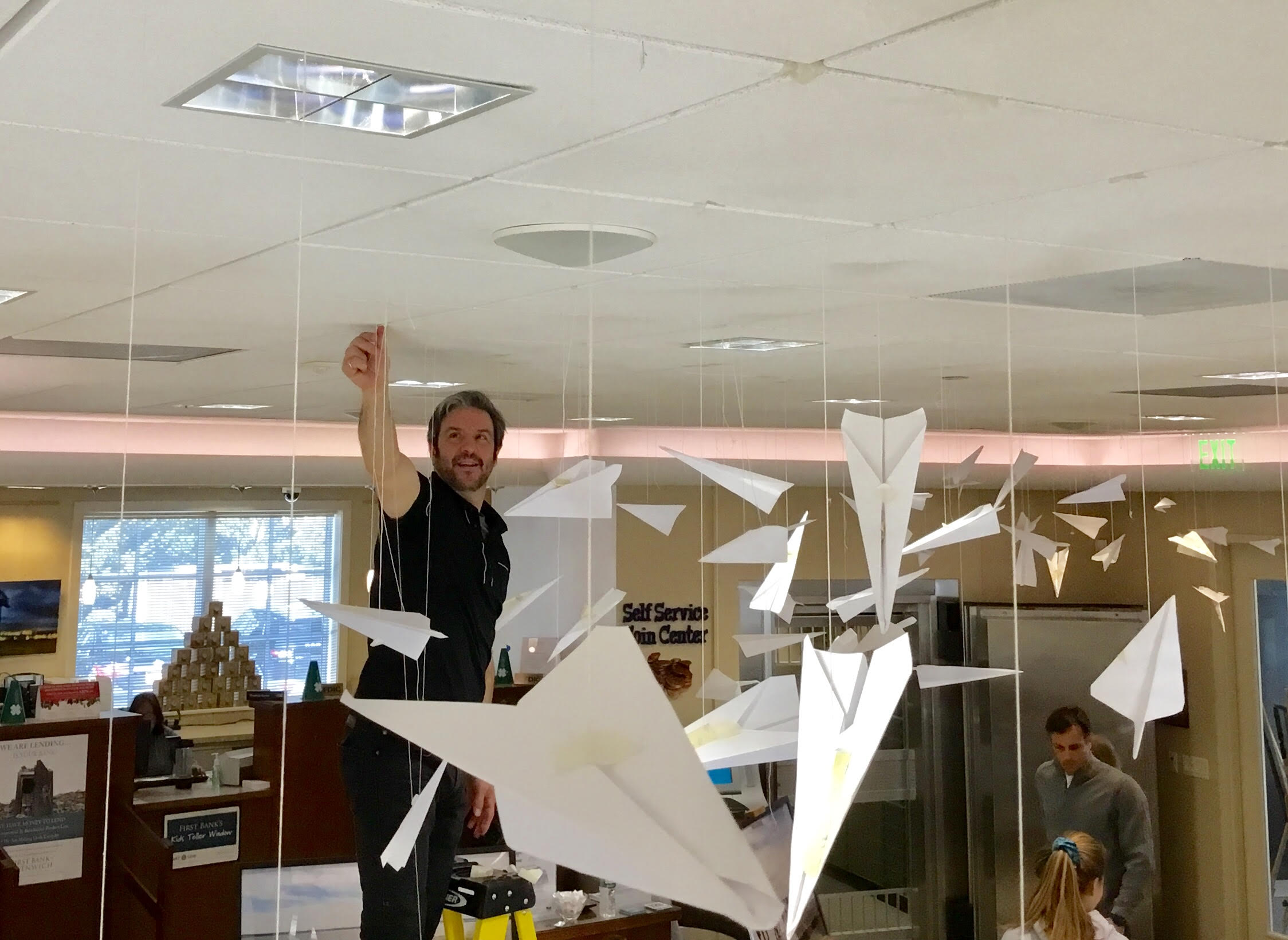 There was an art exhibition on Wednesday at the First Bank of Greenwich featuring work created in the Developing Artists program funded by the Greenwich Alliance for Education.

This project was a collaboration with all three middle school and Spurse.org.

The evening was a fun night for students, friends and families. The Bank is a strong supporter of the arts, and the event was an opportunity to collaborate with the Greenwich Public Schools, Greenwich Alliance for Education, Boys & Girls Club, the new student Curators Club and the Developing Artist Program, led by Michael Manning and Ben Quesnel.

The opening reception featured artists, musicians, educators, business and community leaders, all there to celebrate the artistic and collaborative efforts brought together by the Developing Artist Program.

Over 250 8th grade students from all three Greenwich middle schools meet at Tod’s Point and the North Mianus River to collaborate with the artist collective group Spurse, which is a growing group of ecologists and artists that are seeing the shaping of the environment as an art practice itself.

The goal of this project was to introduce students to an expansive definition and possibilities of art as a means to interact, and collaborate with their environment.

This project had three parts: a speculative drawing exercise, a River project- North Mianus, and a tidal project at Tod’s Point.

The project, “Meeting at the Waters,” was part of the Developing Artist program made possible with a grant from the Greenwich Alliance for Education, led by Julie Faryniaz. The project also received special funding from the Dept of Economic and Community Development, Office of the Arts, and the National Endowment for the Arts.

The objectives of the The Developing Artist program are to encourage, develop and inspire future artists by exploring studio practices of emerging and established contemporary artists, graduate art programs, their studio environments and organizations that support and develop their careers. The Developing Artist Grant was established by Michael Manning and Ben Quesnel. 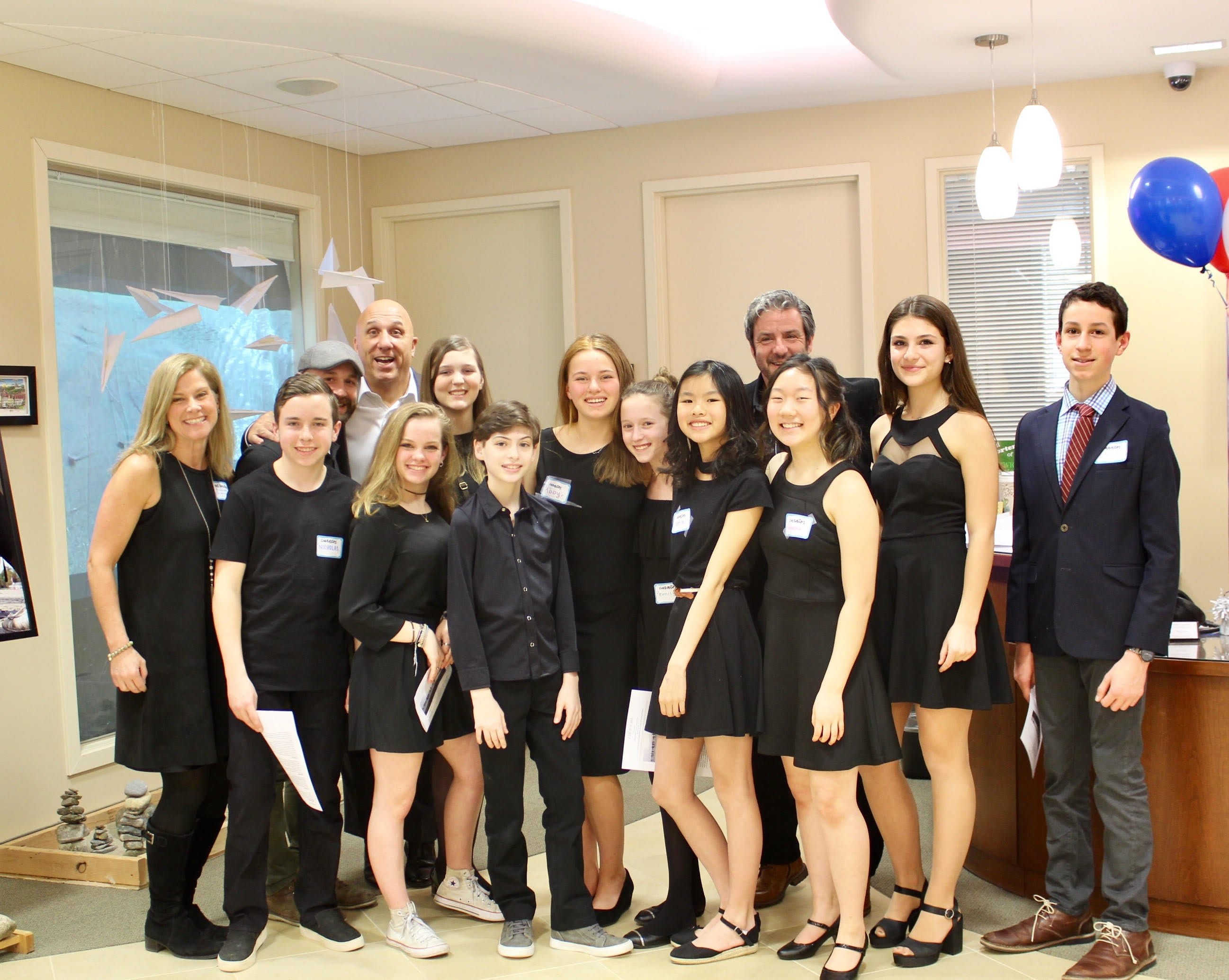 The grant started at Eastern Middle School and has now been expanded to all three middle schools.

Many of the projects started in the schools continue at the Boys & Girls Club of Greenwich with Michael Manning and Red Shoe Studios.

The exhibition was installed by the Curator’s Club, which was established in 2018 by a group of EMS eighth-grade students with a passion for the arts.

This talented group of students collaborate to lead after-school art socials, curate art exhibitions, and develop advertising and marketing strategies to raise awareness for the arts and the positive change that it can provide to our schools and community.

The Curator’s Club is supervised by Eastern Middle School Art Teachers Stacey Cleary and Ben Quesnel. The club will be expanded to all three middle school next month. 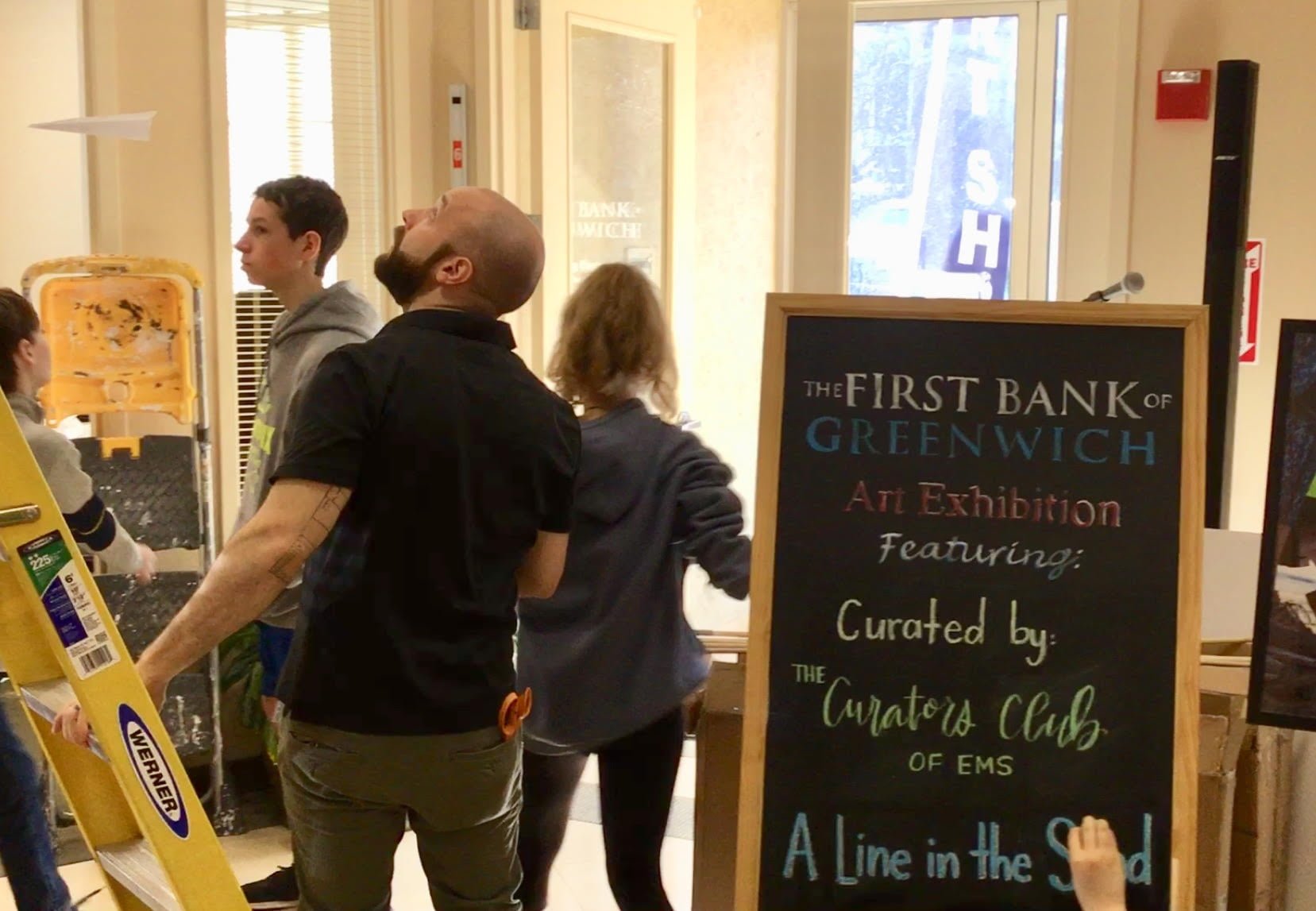 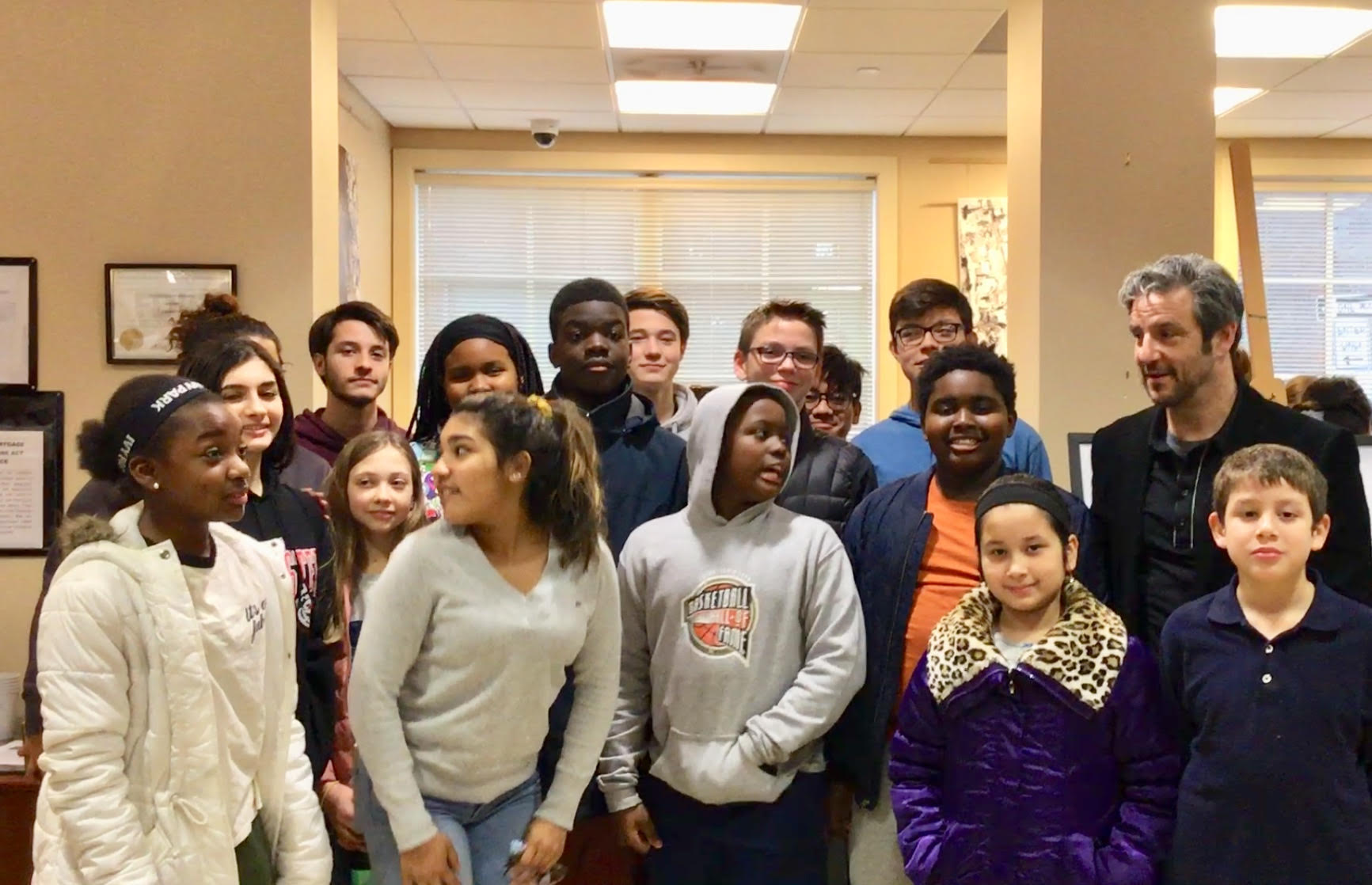 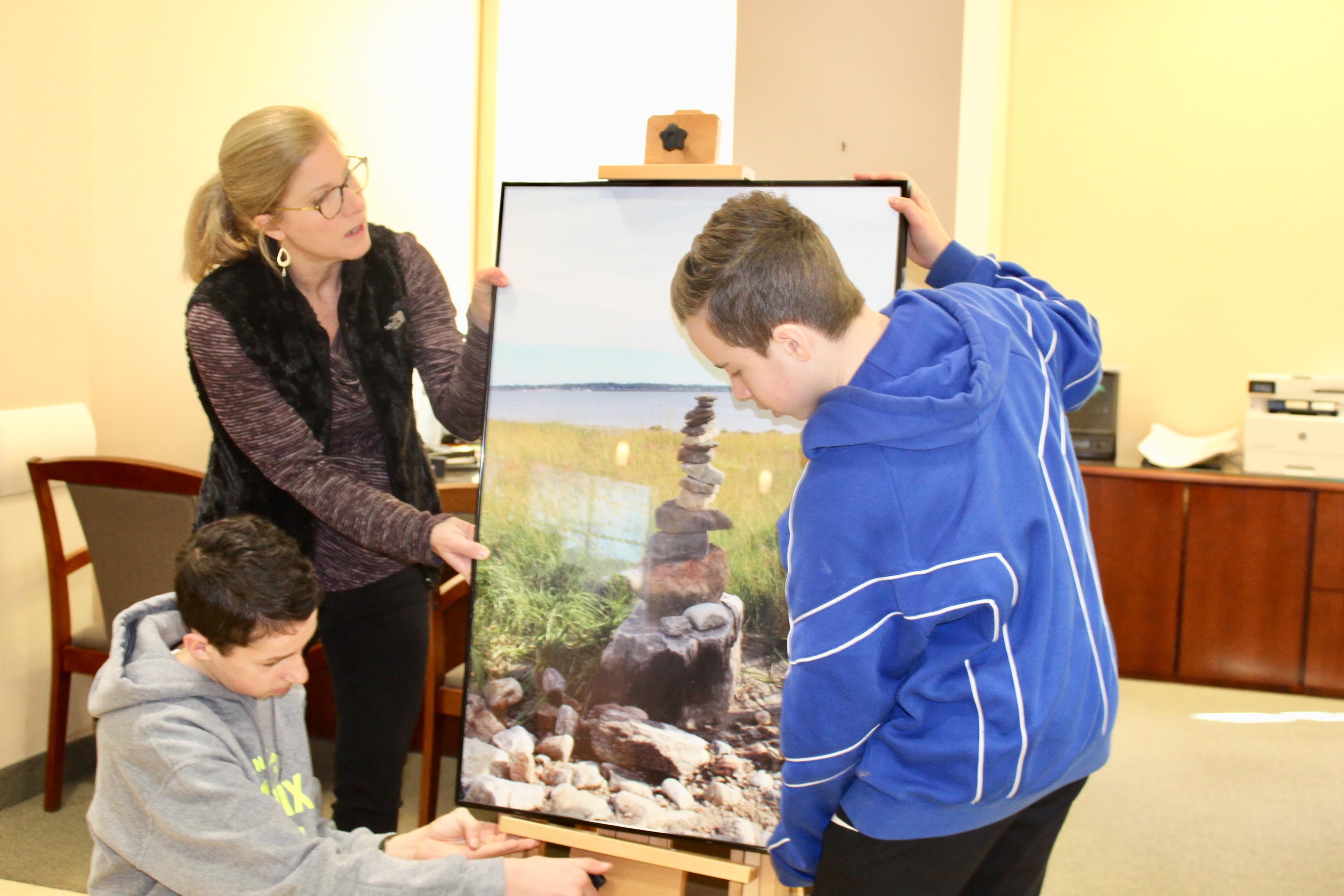 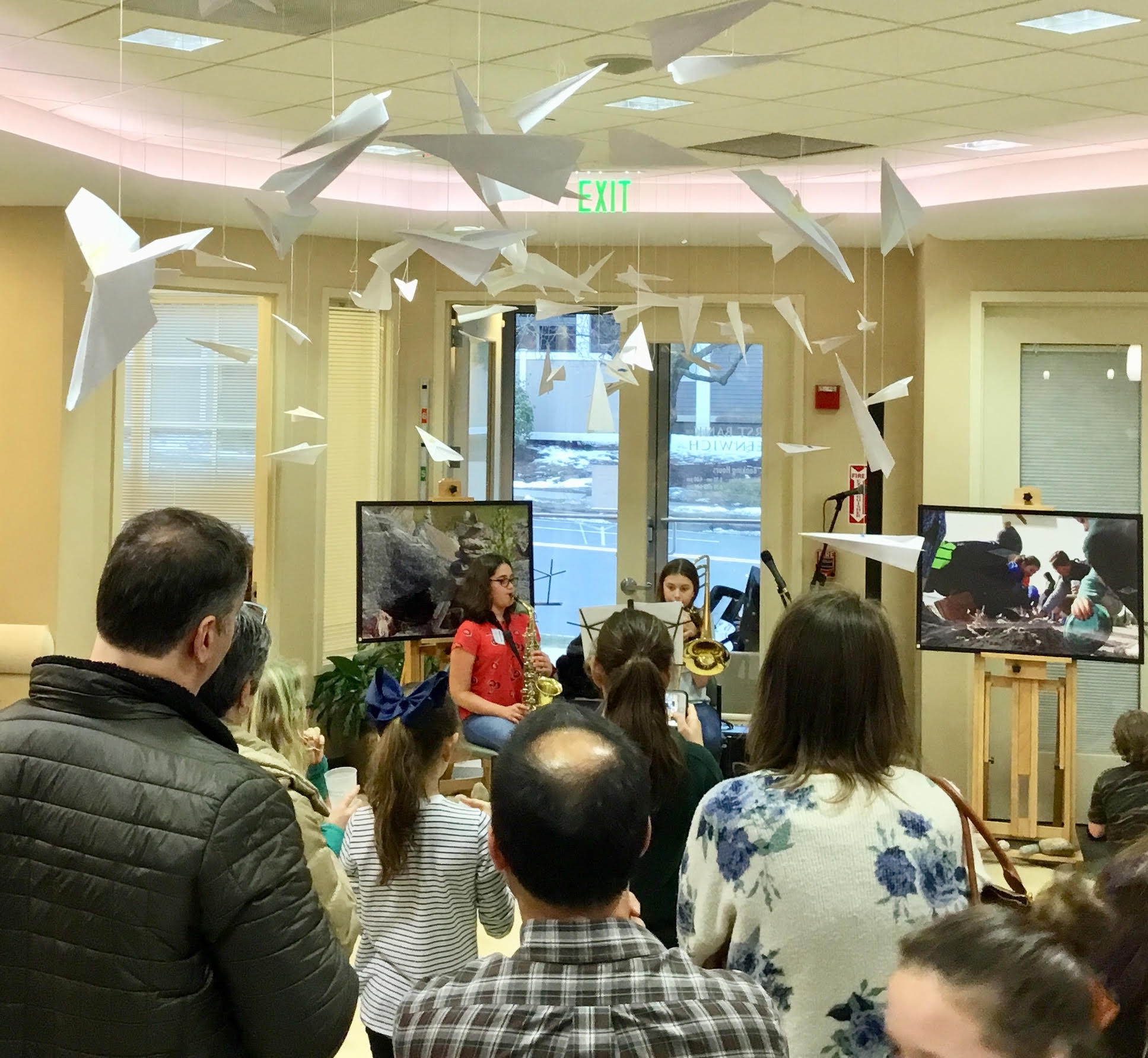