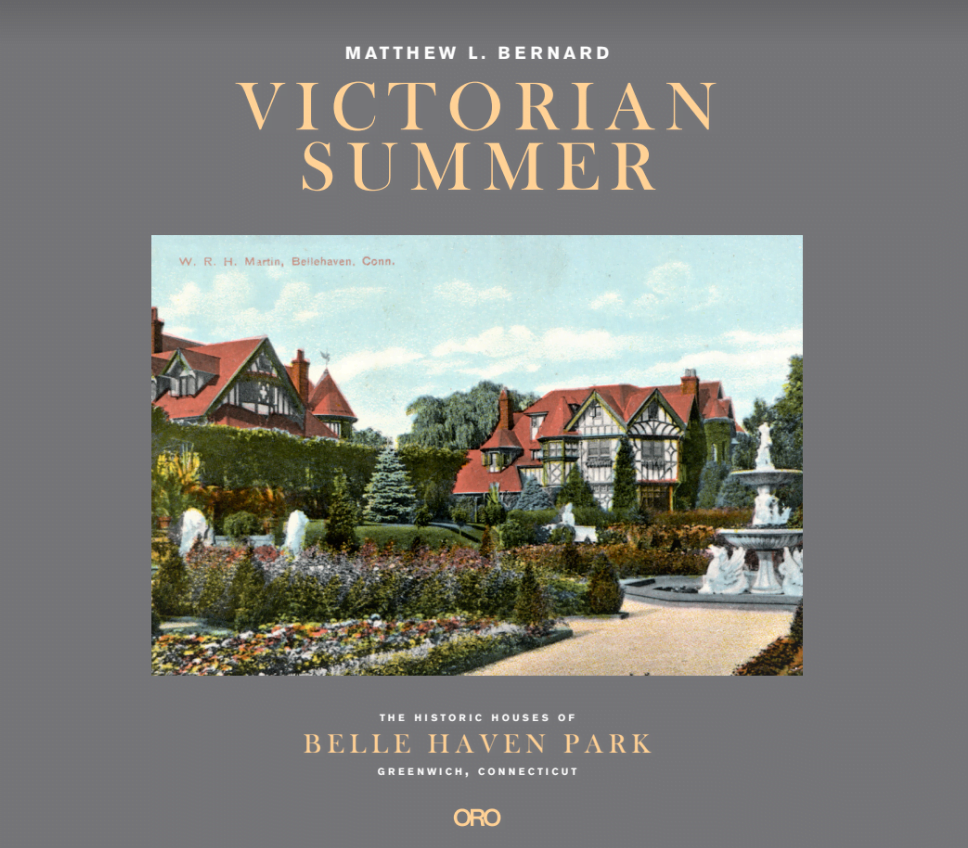 At the height of the Gilded Age, America’s wealthiest families began to cluster in Newport, Southampton, Bar Harbor, and Tuxedo Park. In these idyllic locales they built luxurious summer “cottages” away from the grit and grime of New York or Boston or Philadelphia.

The Belle Haven peninsula here in Greenwich is home to one of the first and most spectacular residence parks in the country.

Its development occurred rapidly, and between 1884 and 1894 Belle Haven Park was transformed from scenic pastureland set above the glistening ribbon of Long Island Sound into a bastion of Victorian luxury.

Successful American magazine described the Belle Haven of 1902 as “a nonpareil spot, surpassing in beauty, while equaling in elegance, the pet of the fashionable world, Newport, and outshining Tuxedo in brilliance and gaiety.”

The New York Times, meanwhile, called it “the flower garden of Greenwich, and, indeed, of the whole Connecticut shore.”

Victorian Summer: The Historic Houses of Belle Haven Park, Greenwich, Connecticut focuses on that great flowering of Belle Haven, from 1884 to 1929.

The 45-year span began with Robert Law Olmsted’s storied firm laying out Belle Haven’s graceful, lamp-lit streets, and continued with the Gilded Age’s most renowned architects designing masterpieces, in styles ranging from the whimsical Queen Anne to the ponderous Richardsonian Romanesque, for the illustrious movers and shakers of the day – men who raised up the Manhattan skyline, co-founded U.S. Steel, formed Nabisco, ran Standard Oil’s domestic business, and mined gold, silver, and iron ore to supply an exploding railroad industry.

Victorian Summer features estate biographies – each telling the story of a house, an architect, and a predominant owner.

Some of these houses are sadly gone or unrecognizably changed—though preserved in the book in photographs—but many shine on as brightly as ever.

Together the biographies weave a portrait of the Gilded Age and its aftermath, with an emphasis on the architecture, but touching on such events as the Civil War, the industrial boom, and the sinking of the Titanic.

About the author:
Matthew Bernard moved, with his family, from California to Belle Haven in 1974.

Always intrigued by residential architecture, he was fascinated by the stylistic and architectural idiosyncrasies of the home that his parents bought in Belle Haven, a waterfront Association in Greenwich.

Investigating the history of the house and its architectural heritage evolved into a 40-year odyssey. What started as a self-styled research project expanded over the years into an exploration of the architectural heritage of the entire neighborhood and its early history as a Gilded Age summer resort for affluent social titans of the Victorian Era.