Indivisible Greenwich, the local chapter of Indivisible, the national movement created to  counter the Trump agenda, will meet on Sunday, January 21, at 7:00pm at Eastern Middle School to provide updates on its work and plans for 2018.

Secretary of State Denise Merrill will speak to the group about voting rights and issues.

Nationwide there are more than 6,000 groups registered on the Indivisible.org website, at least one in every Congressional district in the country.

“We want to be in the forefront locally in the campaign to resist fundamental threats to our democracy and prevent our country from going backwards through racist, authoritarian, inhumane and corrupt policies,” said Indivisible Greenwich founder Joanna Swomley in a release.

In 2018, Indivisible Greenwich will continue to urge its members to exercise their constituent power, through phone calls and turning out for town hall events. 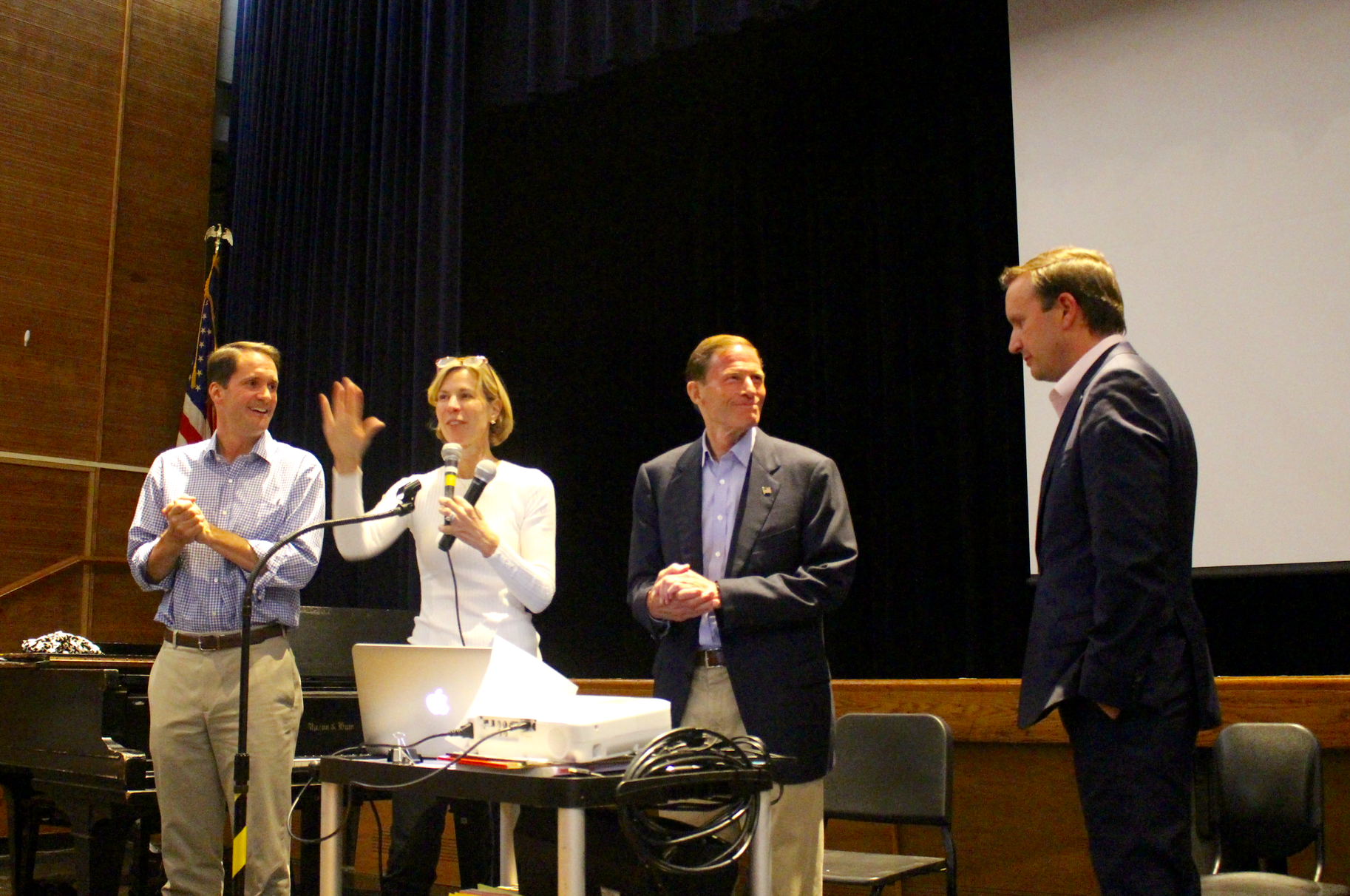 The organization will also explore ways to encourage constituent engagement in the election process.

“Congress has proven unwilling or unable to check the powers of this President, to speak out against his attempts to divide us, or to protect our democratic values and principles,” said co-founder Nerlyn Pierson in the release. “We must look to replace those members who continue to remain silent or complicit as the President of the United States undermines, on a daily basis, our democracy and our American values.”

“Anyone concerned by the Trump agenda is invited to attend and learn more about the group at the January 21 meeting. Opportunities for work at the federal and state group level will be presented,” Pierson continued.

Those interested are encouraged to read the Indivisible Guide and other materials found at I​ndivisible​.org or Indivisible435.org.

For more information on Indivisible Greenwich is available at ​IndivisibleGreenwich.org​.